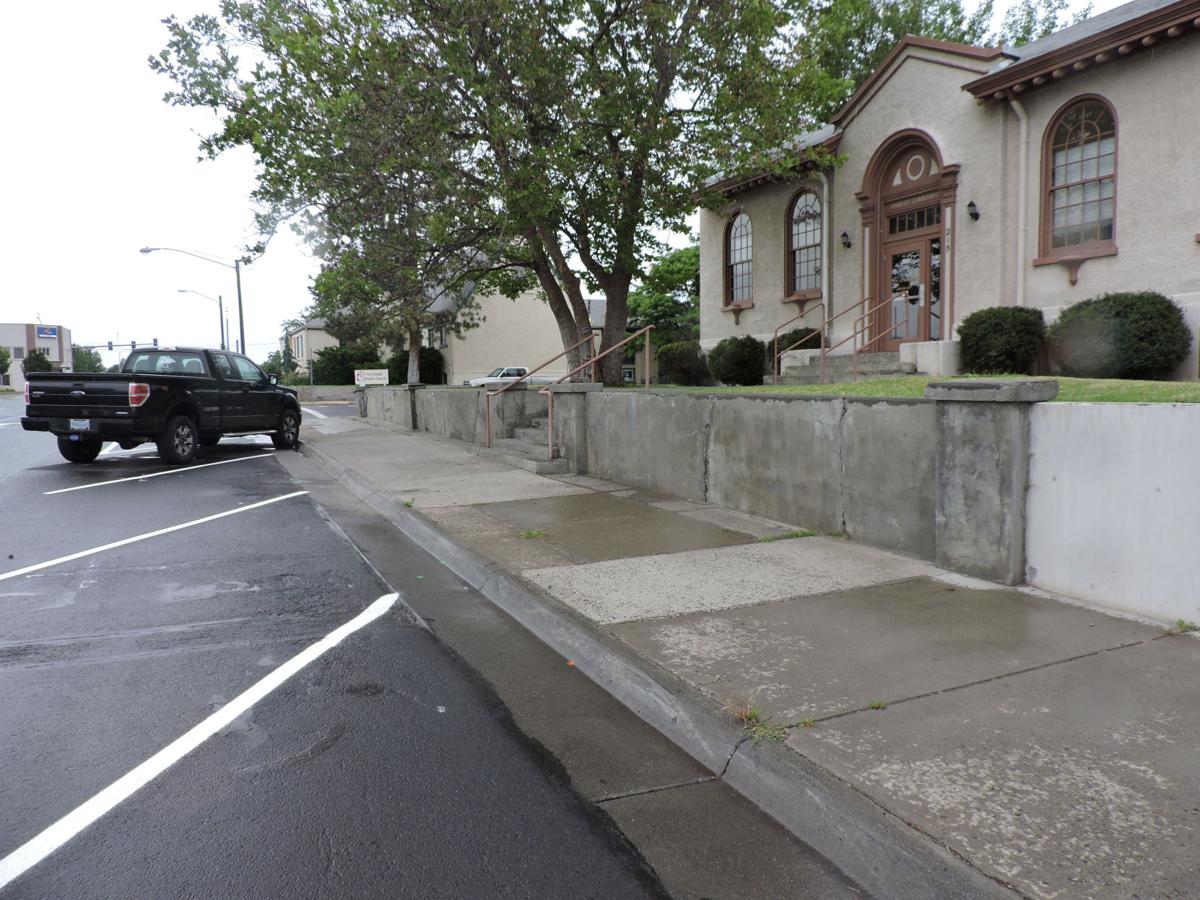 New diagonal parking spaces replaced the parallel parking along Gladys Avenue, including the front of the Carnegie Library. 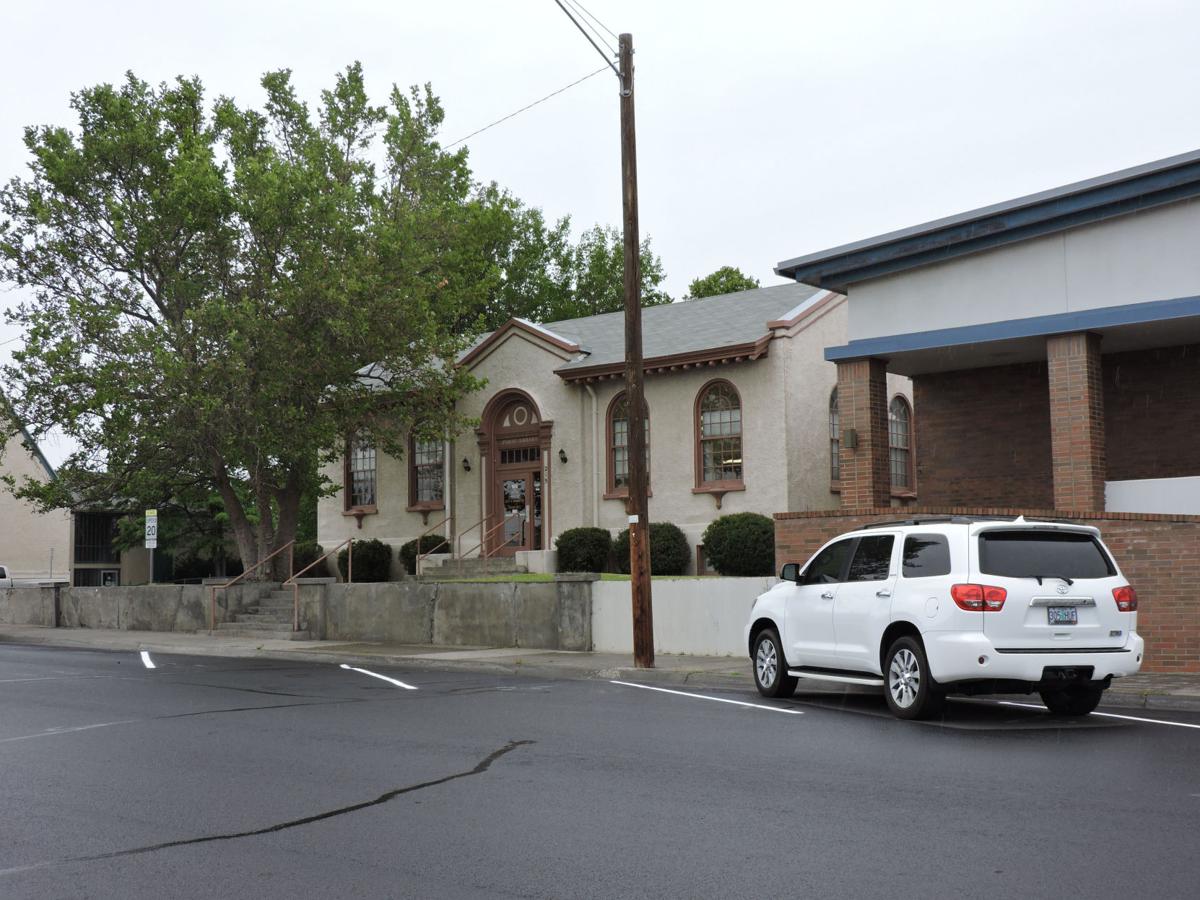 New diagonal parking spaces have replaced parallel parking on the north side of Gladys Avenue, including the front of the Carnegie Library.

New diagonal parking spaces replaced the parallel parking along Gladys Avenue, including the front of the Carnegie Library.

New diagonal parking spaces have replaced parallel parking on the north side of Gladys Avenue, including the front of the Carnegie Library.

The Greater Hermiston Area Chamber of Commerce is looking for a new home after officially turning down the city of Hermiston’s offer to use the basement of the old Carnegie Library on Gladys Avenue.

Board chair Josh Burns said the chamber is hoping to find something more visible.

“We need adequate space that says ‘We’re a thriving business community,’” he said.

The chamber must move out of the Hermiston Conference Center, which it has been operating under a contract with the city, by the end of the year after the city council voted in April to turn management of the center over to its parks and recreation department. The city is planning to remodel the basement of the former Carnegie Library to create offices, a reception area and a conference room and had offered to let the chamber move in after the remodel is complete.

Instead, the chamber is striking out on its own. Burns said they’re looking to lease something visible from a main thoroughfare like Main Street or Highway 395 that has office and storage space, a lobby and hopefully space for a conference room where groups like the chamber’s Leadership Hermiston class could meet. He said the city is willing to let the chamber continue to hold some of its traditional events like the Business 2 Business luncheon and the Distinguished Citizens Awards banquet at the conference center.

The chamber’s new space would also have to be affordable for a not-for-profit organization.

“We don’t have a lot of resources, so it is going to take some creativity for us,” Burns said.

During the meeting in April when the city council voted to end its contract with the chamber, passions ran high as chamber supporters turned out in force to testify they felt it was disrespectful to try to put the chamber in a basement. They said the city had seriously damaged its relationship with the chamber in the way it had handled the situation and complained about a lack of communication.

Since that time, however, Burns said he felt relations between the city and chamber had improved, and he personally appreciated how “open and transparent” Mayor David Drotzmann has been their meetings together to discuss ways for both entities to continue to be partners moving forward.

“The fact that the city offered us any location illustrated that the city wants to keep working with the chamber, because they didn’t have to do that,” Burns said.

He said the chamber is still interested in running a visitor center for Hermiston in the future. If the city follows through on longterm plans to remodel the upstairs and exterior portions of the Carnegie Library and possibly turn the upstairs into some sort of visitor center and museum, he said the chamber would be interested in discussing a partnership involving the building at that point.

Assistant city manager Mark Morgan said the chamber’s decision not to use the Carnegie Library basement may change the design of the remodel slightly, but wasn’t deterring the city from putting the remodel out to bid on Thursday.

“We still need office space in general,” he said.

But Morgan said the city is now looking at moving the planning department into the Carnegie Library instead, and offering space for city engineers Anderson Perry & Associates, plus Umatilla County Fire District 1’s fire marshal, to hold office hours there each week so that developers can have a “true one-stop shop” in the Carnegie Library and city employees across the street in city hall would have more elbow room.

Morgan said over time, the city plans to also remodel the upstairs of the Carnegie Library and repair the roof, retaining wall and other exterior features.