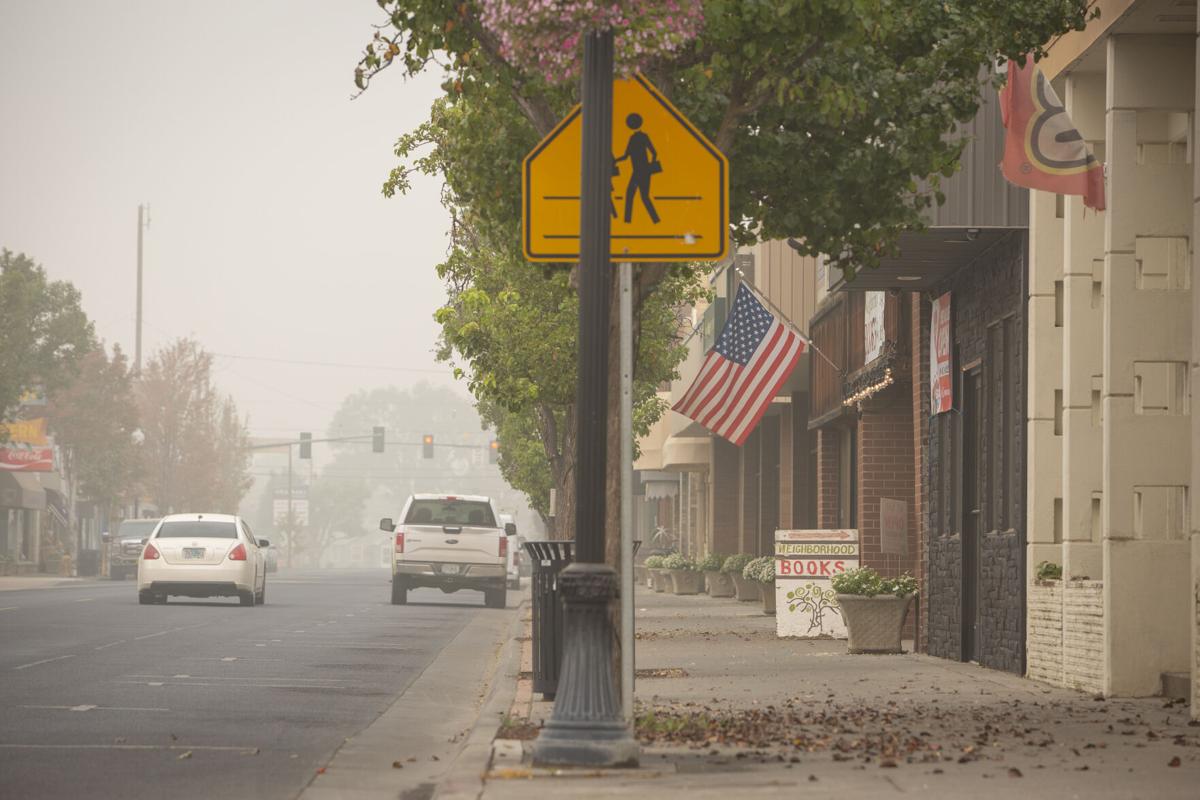 A smoky haze hangs over downtown Hermiston on Tuesday, Sept. 15, 2020. 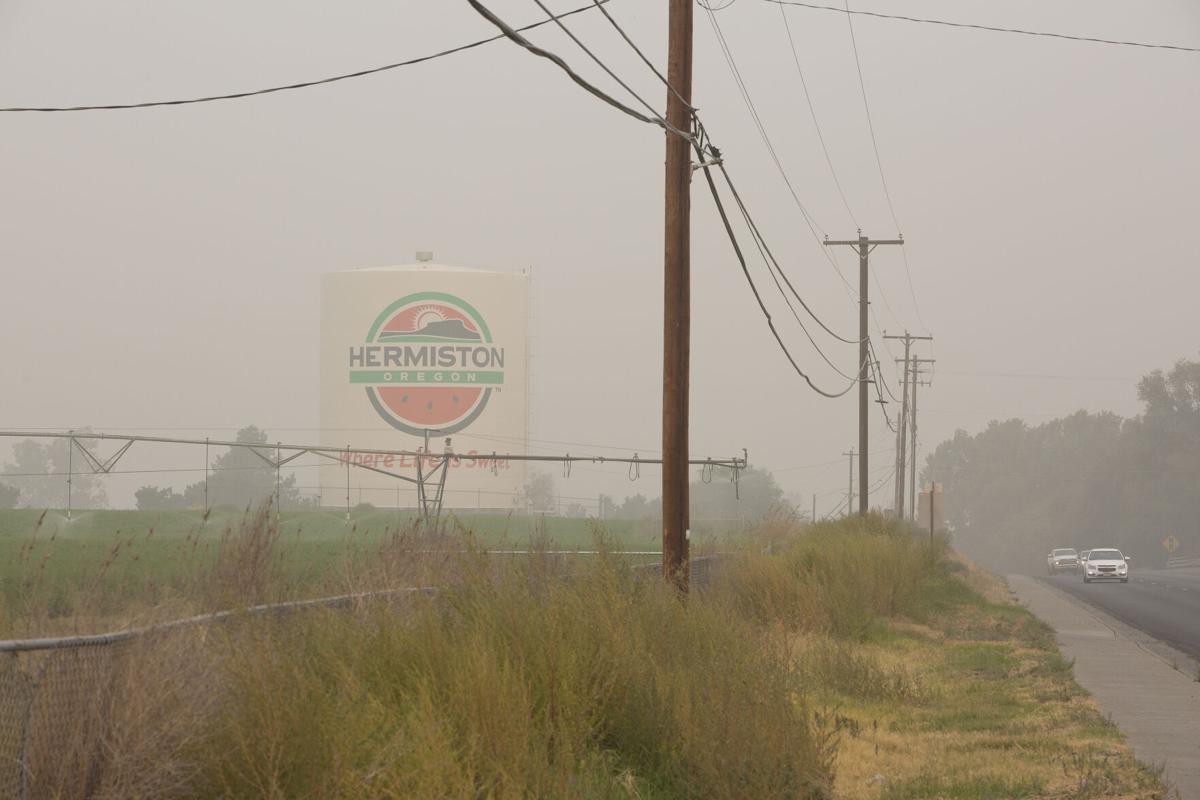 Smoke shrouds the Hermiston water tower along Highway 395 in Hermiston on Tuesday, Sept. 15, 2020. The fires generating the smoke have also generated new unemployment claims for an already overburdened system.

A smoky haze hangs over downtown Hermiston on Tuesday, Sept. 15, 2020.

Smoke shrouds the Hermiston water tower along Highway 395 in Hermiston on Tuesday, Sept. 15, 2020. The fires generating the smoke have also generated new unemployment claims for an already overburdened system.

Smoke from wildfires burning around Oregon and nearby states has pushed Hermiston’s air quality to hazardous levels over the past week.

On Tuesday afternoon, Sept. 15, Hermiston’s air quality was at 386, according to the Department of Ecology’s AirNow website.

“Some of the buildings were getting a little hazy,” he said.

Other workplaces in Eastern Oregon also announced closures related to the smoke, including Wildhorse Resort & Casino, which announced it was closing on Sept. 15, and not reopening until Thursday, Sept. 17.

According to the Oregon Health Authority, Oregonians should be avoiding wildfire smoke as much as possible, particularly in areas deemed hazardous.

OHA states breathing in hazardous or unhealthy air full of tiny particles can cause health effects that include watery or dry eyes, a persistent cough or wheezing, scratchy throat, irritated sinuses, headaches, shortness of breath, asthma attacks or heart attacks.

The health authority states on its website that children, the elderly and those with heart or lung conditions are most at risk for serious side effects from unhealthy or hazardous air. They recommend that people with health conditions consult their primary care provider if their condition gets worse while the smoke is in the air.

While people are indoors, OHA recommends they keep windows and doors closed and keep the fresh air intake on their air conditioning closed and the filter clean. They should avoid vacuuming, which stirs up the particles already inside the home, or doing activities that would increase air pollution, such as burning candles or smoking.

“Running a high efficiency particulate air (HEPA) filter or an electro-static precipitator (ESP) can also help you keep your indoor air clean,” the website states. “If you do not have an air conditioner and it is too warm to stay inside with the windows closed, seek shelter elsewhere.”

When driving, people should keep their windows closed and their air conditioning set to recirculate air inside the vehicle.