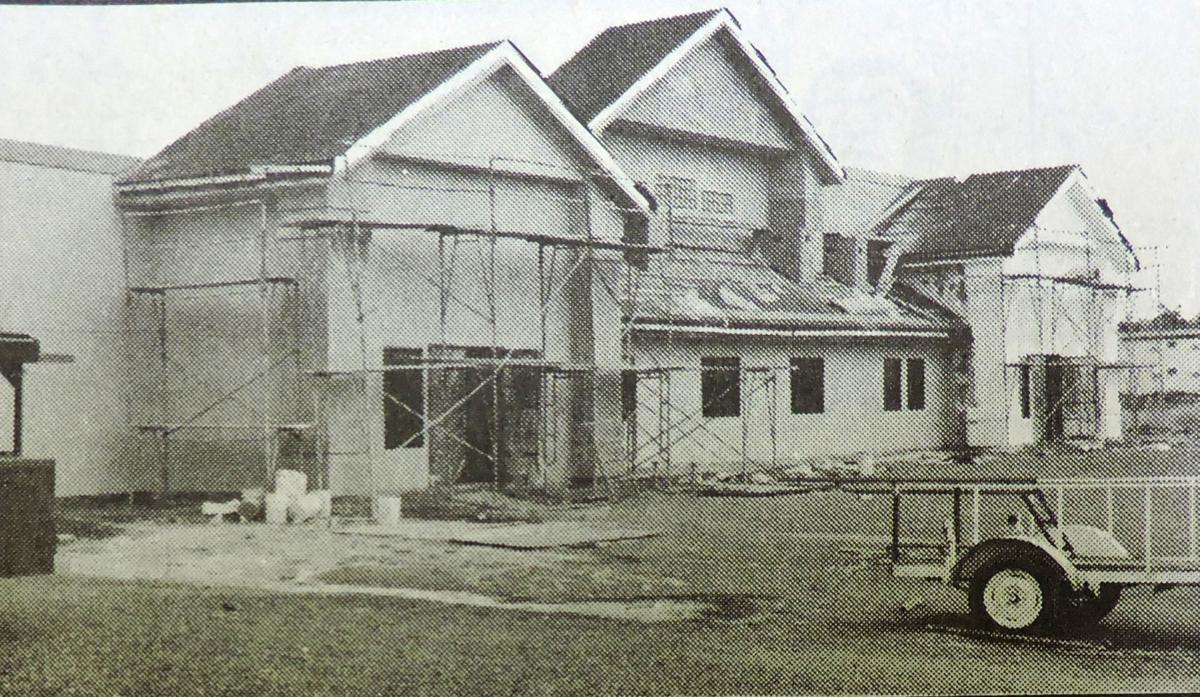 An old Safeway building is renovated so that it can be turned into the Hermiston Community Center in 1995. 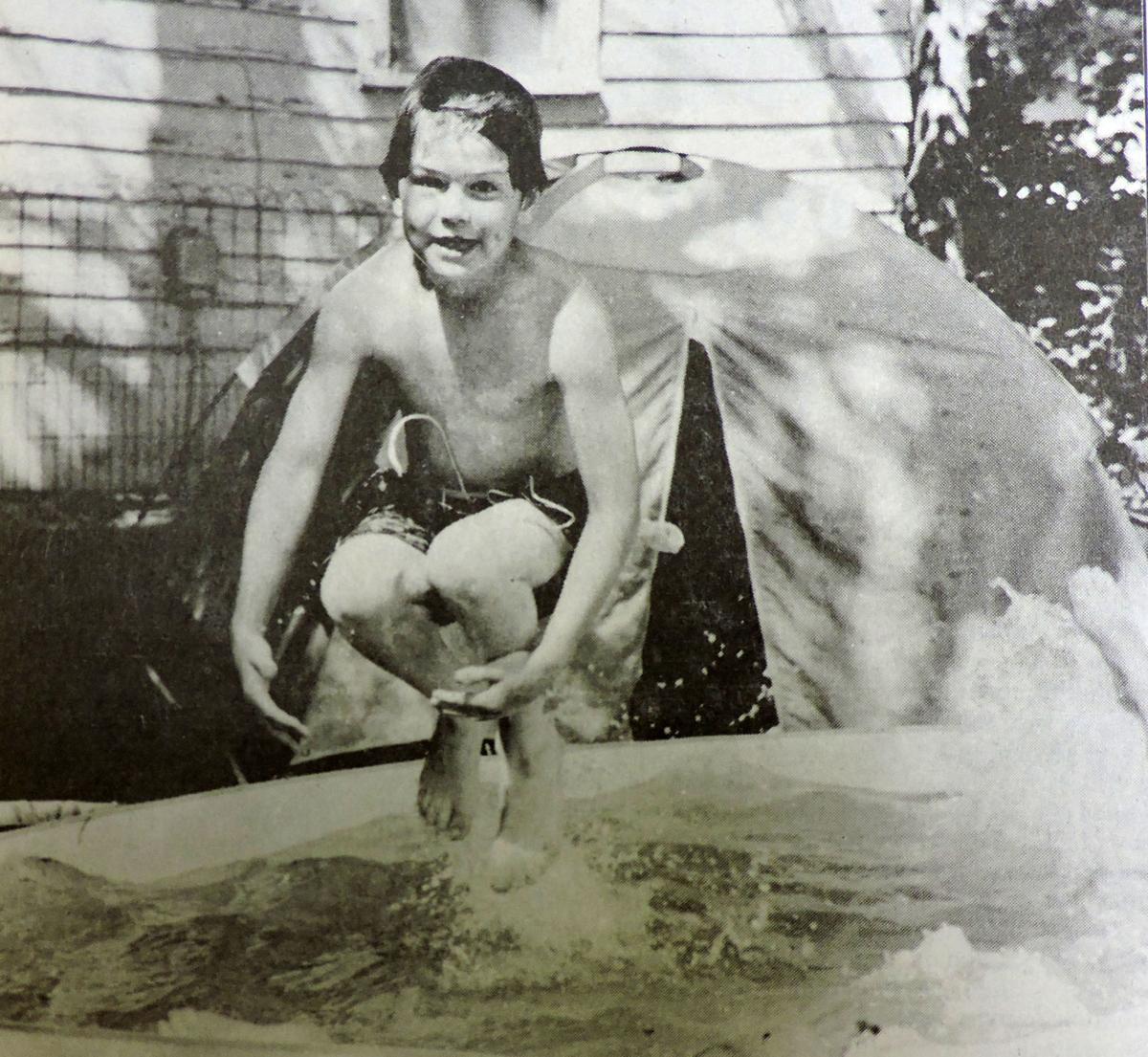 Joshua Smith, 9, cannonballs into his family’s pool in Hermiston in 1995. 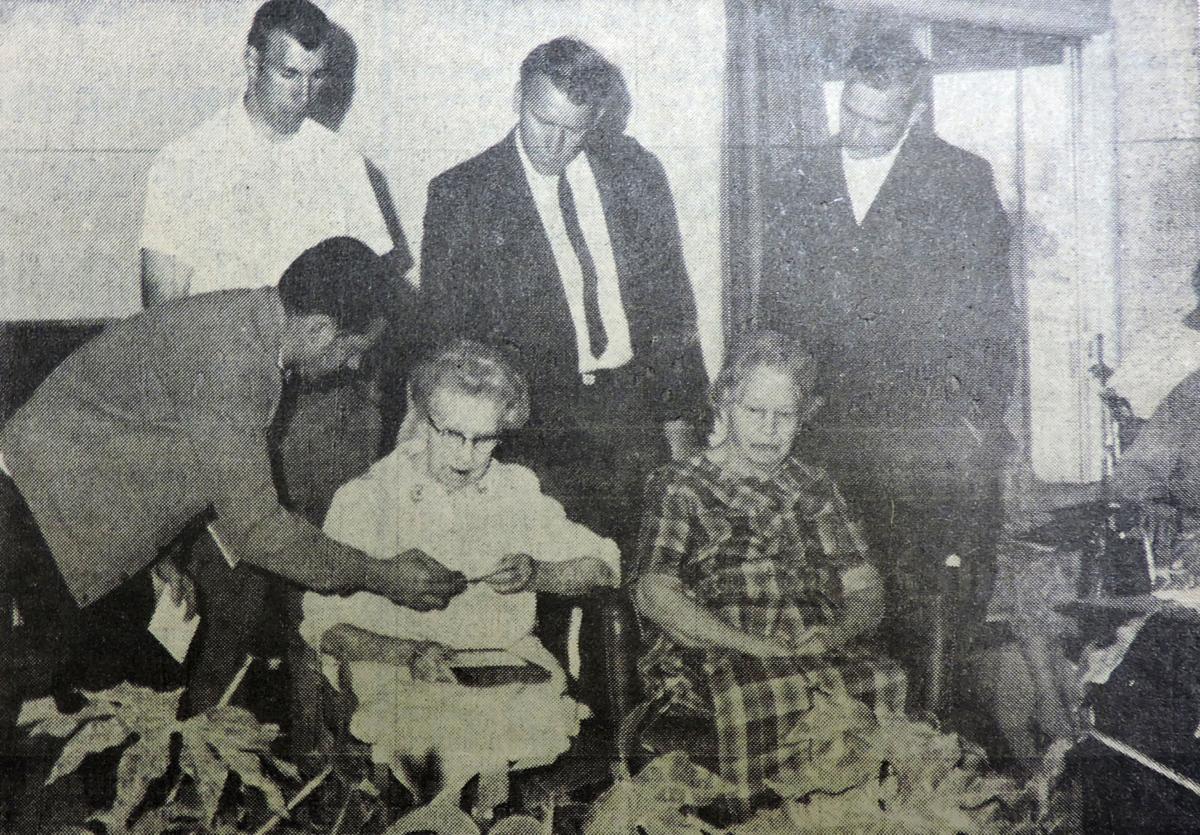 Members of the Hermiston Jaycees visit residents at the Good Samaritan Center in Hermiston to distribute Mother’s Day cards in 1970.

An old Safeway building is renovated so that it can be turned into the Hermiston Community Center in 1995.

Joshua Smith, 9, cannonballs into his family’s pool in Hermiston in 1995.

Members of the Hermiston Jaycees visit residents at the Good Samaritan Center in Hermiston to distribute Mother’s Day cards in 1970.

It has everything one could want in a park.

There is lots of grass for picnicking, tennis courts, playground equipment and a pavilion to provide solace from the oppressive summer sun.

Increased incidences of graffiti and intimidation have led Anderson and his officer to step up patrols of the park.

Two weeks ago, a group of 10 boys chased and assaulted three other boys in a parking lot near the park. Five connected with the altercation were arrested.

“There are probably eight or 10 of them making life miserable for everyone,” Anderson said. “If they think that’s going to win friends and influence people to their cause, they’re sadly and rudely mistaken.”

After a city councilor witnessed several people vandalizing the park’s restrooms, they have been locked indefinitely. The building at the park’s center has served as a perennial canvas for graffiti artists.

“I bet we’ve got 100 or more coats of paint on that building,” said parks head Hank McDonald.

He said painting the restrooms is getting to be a daily necessity the city cannot afford. He would like to take more drastic action.

“If [city manager Ed Brookshier] said take down the building, I would trip over myself to do that,” he said.

Hermiston and the Umatilla Army Depot will not be the storage site for nerve gas. That word came from Washington, D.C., on Saturday and it caused great elation around the states of Oregon and Washington but didn’t really cause much commotion locally.

Continuing pressure from political figures in both states has been credited with changing President Nixon’s mind in ordering the Department of Defense to change its plan.

A facility at Kodiak, Alaska, or a Pacific island has been suggested as possible alternate storage facilities.

Harry Kessler, operator of the hop yards east of Hermiston, was grateful for a strong wristband on his watch last Friday when he fell from a scaffold while doing some repair work. His wristband caught on a nail and held him just long enough for him to reach for a ledge with his right hand, avoiding a fall of 18 feet.

He suffered very little injury, outside of the damaged wristband, but the fall could have resulted in very serious consequences.

2) While in Portland Monday, Mayor F.C. McKenzie met with F.A. Cuthbert and Mr. Maxwell of the federal housing administration and was assured that Hermiston will be allocated 15 more new houses for immediate construction. It is understood that these will be for private construction.

Mr. McKenzie also talked with Mr. Cuthbert regarding the planning and zoning of the city and he stated he would be willing to help in this matter. Mr. Cuthbert plans to make a trip to Hermiston some time in July to discuss further plans.

One of the most exciting and best played games of baseball was given to the fans last Sunday when Hermiston took Echo into camp. The score given by the official score keeper was 8 to 6. There is some dispute about the score in Hermiston as they claim that the score should have been 9 to 6. However, they won the game and they are willing to let it go at that.

The game was full of surprises and intense interest from the start, and not until the last inning was over, was it a cinch that Hermiston would would walk away with a clean fought victory. Echo in the last inning staged a small garrison finish that looked for a few minutes like they would tie the score. But they did not have the stuff to win, and the game ended without Hermiston going to bat in the last half of the ninth inning.