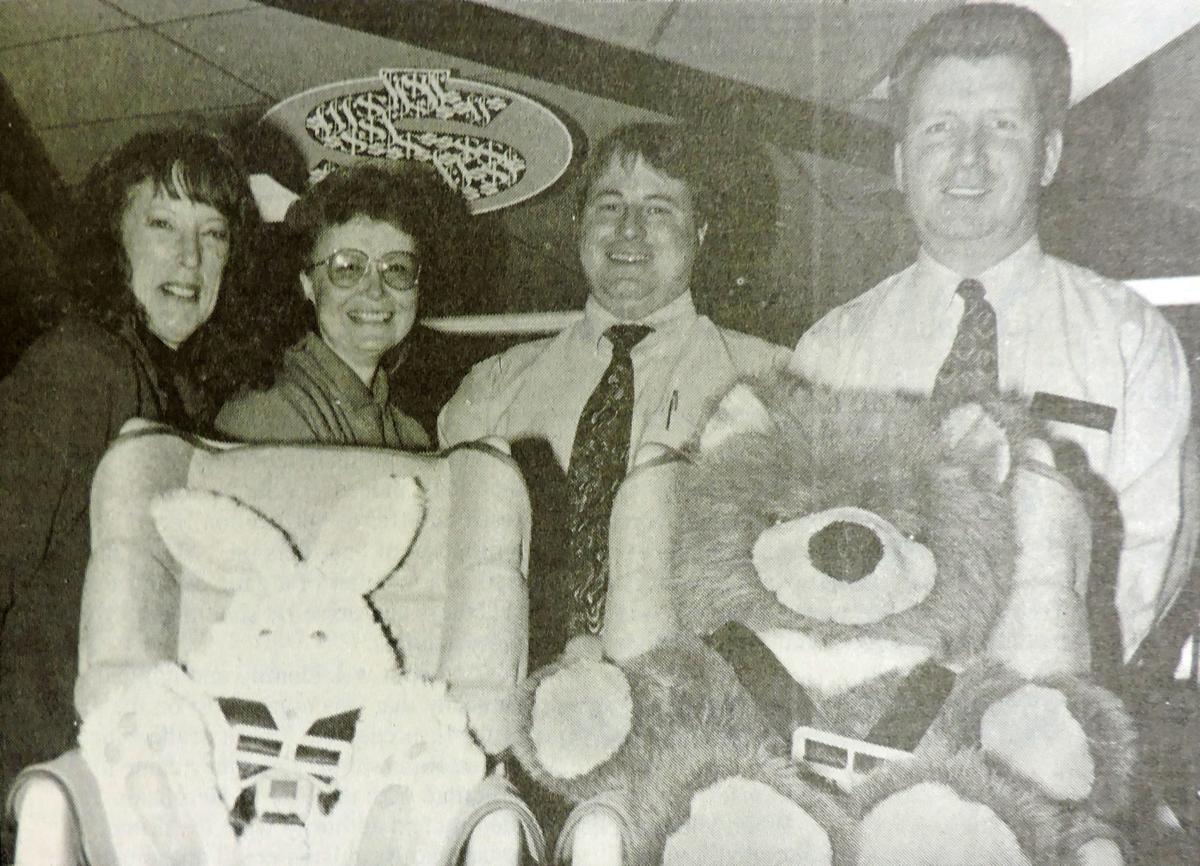 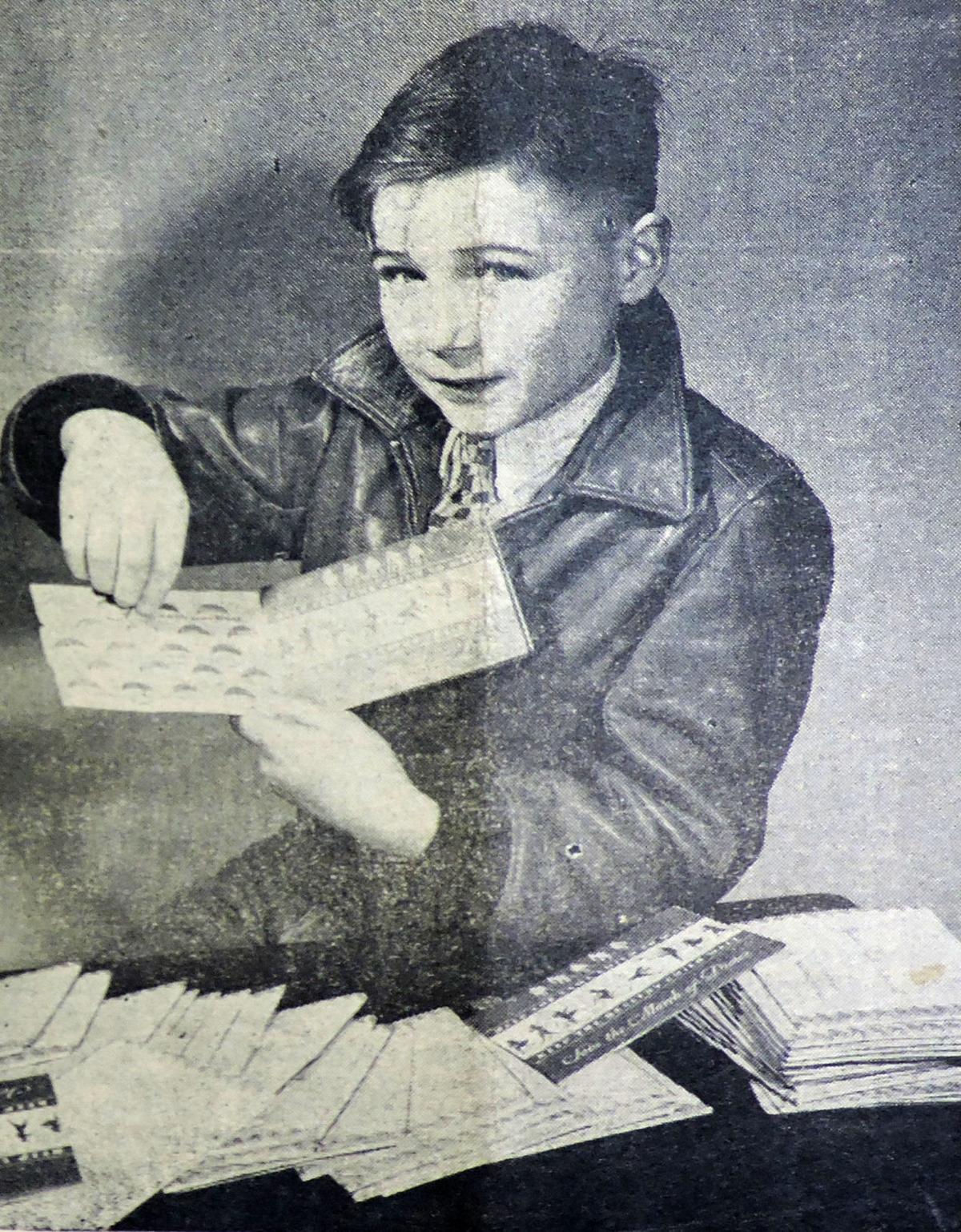 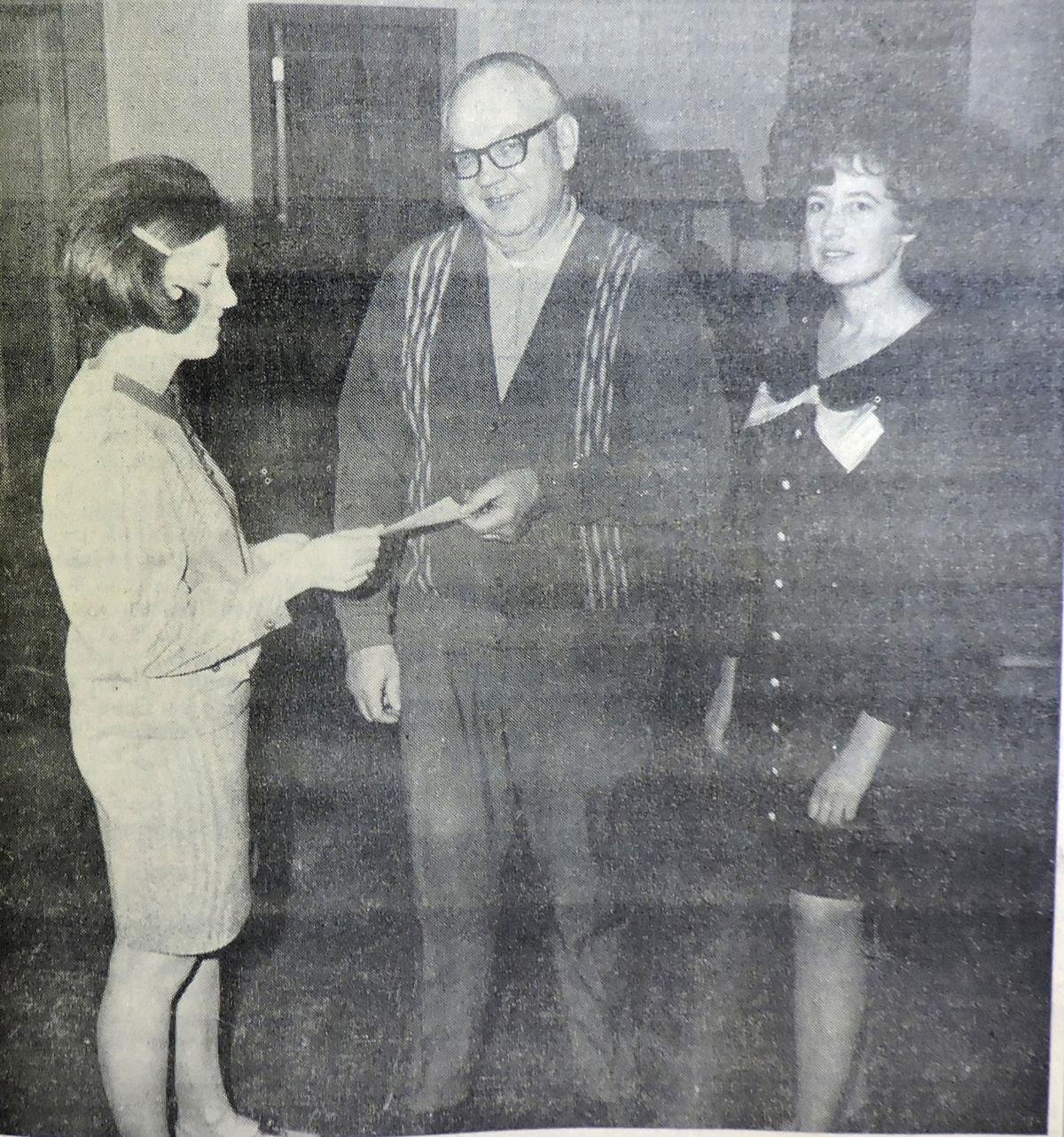 Gerry Frazier, left, and Marilyn Lester, right, present a check from the Beta Epsilon Chapter of Beta Sigma Phi to Hermiston High School band director John Sheely in 1970. The money was for the band’s trip to Reno for a jazz festival.

Gerry Frazier, left, and Marilyn Lester, right, present a check from the Beta Epsilon Chapter of Beta Sigma Phi to Hermiston High School band director John Sheely in 1970. The money was for the band’s trip to Reno for a jazz festival.

The sign on Hermiston’s water tower says it all.

If local government officials and businessmen are correct, those watching in the next five years will see quite a lot.

With at least three natural gas-fired cogeneration plants in various stages of construction, a chemical weapons destruction facility of some variety certain in the Umatilla Depot Activity’s future and rumors of a large retail distribution center thick in the air, Hermiston is set for what may be the strongest period of economic growth since the 1970s.

“I just added up the different projects, the cogen, the distribution center — the possibility of this thing, we’re looking at upwards of around 4,000 to 4,500 interim people within our community,” said Hermiston Development Corporation President Tom Gilleese.

The interim people to which Gilleese refers are construction workers and their families. He said those people, when done, will be supplanted by new, more permanent residents.

A master key to 700 lockers and approximately $200 in cash were taken from the Hermiston Senior High School office safe sometime between Thursday morning and Friday, according to Jack Jenkins, principal.

The items were taken from a walk-in safe used daily by office personnel. In addition to monies that are kept there, student files, confidential reports and other school valuables are lodged within the safe.

2) Oregon hunters were considerably more careful with firearms in 1969 than they have been for quite a spell and ended the season with the fourth lowest number of casualties in the past 12 years and the lowest number of deaths since 1951.

Records of hunter-caused firearm accidents in 1969 compiled by Cal Giesler, hunter safety supervisor for the Oregon Game Commission, show 67 casualties, six of which were fatal. The low point in the 12-year period was 62 casualties recorded in 1962. However, serious accidents were the highest that year with 15 fatalities recorded.

As usual, the records show that the hunter is his own worst enemy through careless mishandling of his own firearm. This carelessness resulted in 39 self-inflicted incidents, two of which were fatal.

Your government is interested in contacting persons who have lived in or visited enemy or enemy-occupied territory since 1935. Anyone falling into this category is asked to write U.S. Army, P.O. Box 951, Portland, Oregon.

2) The state house military affairs committee has introduced a bill in the legislature to let the people vote on a tax levy to construct armories in 20 Oregon cities. The bill provides for a 45 cent mill tax levy for 10 years, but the levy would be offset by surplus income tax revenues as long as they are available.

The state adjutant general will be in charge of acquiring armory sites, most of which probably would be contributed by the cities, and to let contracts and determine the priority for erection of proposed armories.

Think of the billions of dollars that are handled by American banks without the loss of a dollar to depositors. This is a record to be proud of and is in marked contrast to the banking business of the past.

Banking has been stabilized in this country until it is next to impossible to have a bank failure entailing loss to depositors. The rapid increase in bank deposits is largely due to the fact that the public is becoming convinced that modern banks are the safest places in which to keep money. The old shoe, the stocking and the tin can are going into discard.

2) The mild epidemic of what was termed the flu has moderated to such an extent that the mayor has deemed it advisable to raise the ban that had been placed on public gatherings. Therefore, beginning tomorrow (Sunday) morning, all religious, social and lodge meetings will again be permissible.

The public schools, which have been closed this past week, will also resume Monday.