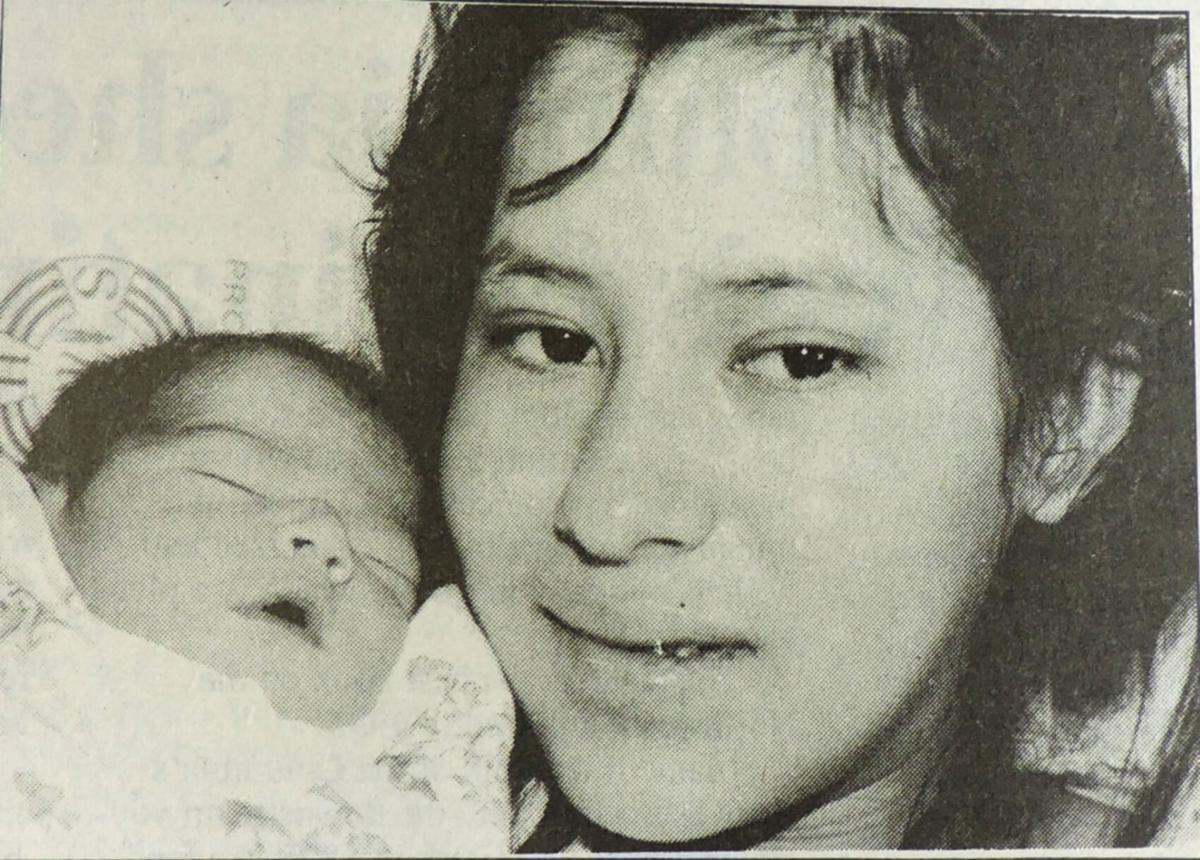 Two-day-old Maria Hernandez was the first baby born in Hermiston in 1996, to Elvira (pictured) and Bernard Hernandez Jr. of Boardman. 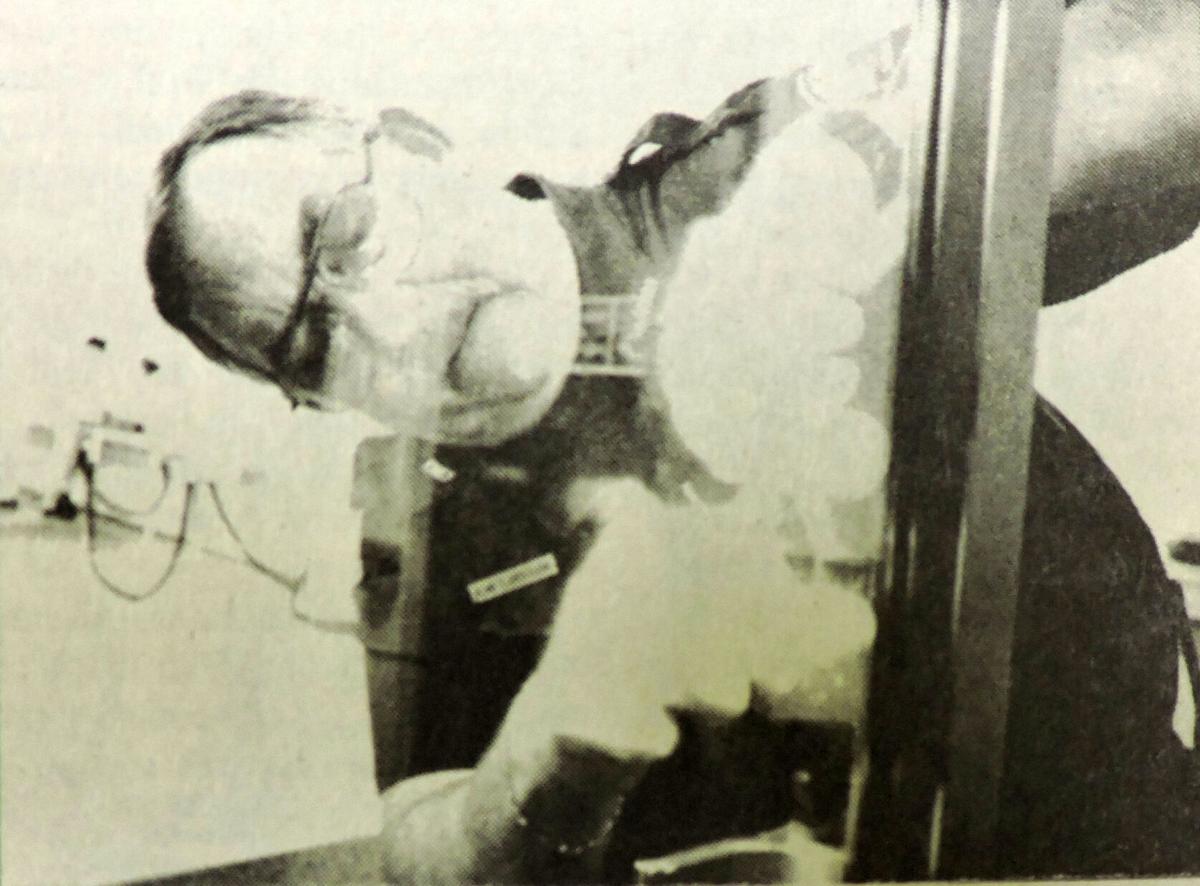 Hermiston Police Chief Andy Anderson collects fingerprints at the scene of a bank robbery in Hermiston in 1996. 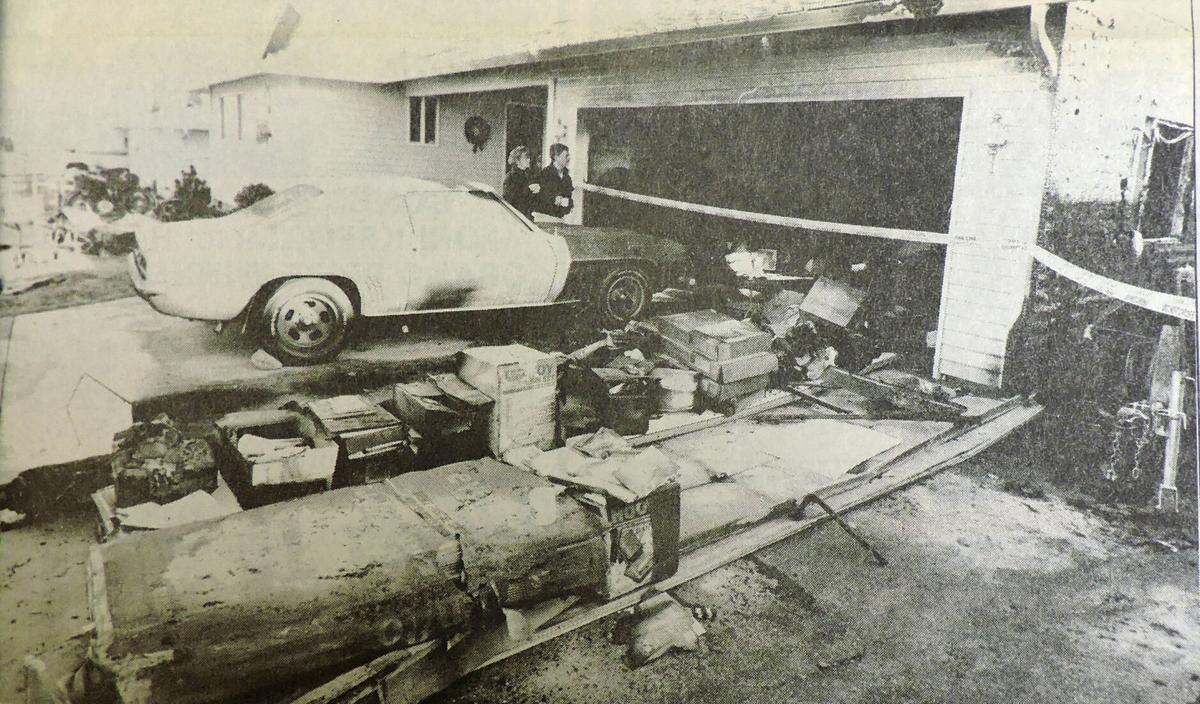 A car and other charred items are pulled out after a garage fire in 1996 in Hermiston that the fire marshal declared a case of arson.

Two-day-old Maria Hernandez was the first baby born in Hermiston in 1996, to Elvira (pictured) and Bernard Hernandez Jr. of Boardman.

Hermiston Police Chief Andy Anderson collects fingerprints at the scene of a bank robbery in Hermiston in 1996.

A car and other charred items are pulled out after a garage fire in 1996 in Hermiston that the fire marshal declared a case of arson.

“He didn’t want to talk about how we found him in that condition,” Hermiston Police Chief Jerry Roberts said.

Field, 38, was wanted in the Jan. 3 stabbing of his estranged wife, Kierstin Field, 24, and for the beating of his mother-in-law, Constant Christiansen, at Christiansen’s home.

Field, who police had been searching for since the attack, came out of hiding Monday evening when he telephoned the Christiansen residence shortly after midnight. According to Kierstin Field, Paul Field apologized “for everything he’d done” then threatened to take a taxi to her parents’ house where she was staying with their young son.

Christiansen told Hermiston 911 dispatchers Field said he had a gun and that the police “would not take him alive.” He never showed up at the house.

Roberts said Hermiston police shortly thereafter received an anonymous phone tip saying he had been sighted on 11th Street and Hermiston Avenue pushing a shopping cart. An initial search failed to turn up the suspect. Police then received a second call and were told exactly where to look.

Officers then discovered Field bound with duct tape in some nearby bushes.

A discussion by the City Council Monday, on the subject of “X” rated movies, ended without the adoption of any official stand on the films.

Recently the Oasis Theater in Hermiston has shown several films of that rating, which makes them unavailable to persons under 16.

Mayor Lawrence P. Gray, in opening discussion on the movies, remarked that any position the council took would be “somewhat nebulous as far as legal action is concerned.” In reply to Councilman Jack Stillings’ question of illegality of the films, City Attorney Rustin A. Brewer pointed out that a city ordinance prohibited the showing of “indecent, lewd or immoral” films.

Councilwoman Barbara J. Lunch, who for several weeks has publicly opposed their presence in Hermiston, commented that the U.S. Supreme Court has left those terms vague.

Gray, saying he never has been sufficiently curious about “X” rated movies to see one, recommended ignoring them as the best way to rid the city of them.

Work on the municipal airport southeast of the city limits is going ahead at a fast rate and Sam Moore reports a good turnout of Sky Roamers and other interested people last Sunday to work on the field. They have been fortunate in having tractors, harrows, floats and land levelers with which to speed up the job.

A plane landed on the strip twice Wednesday but it is still quite rough; however, if they get a good response again this Sunday, it is anticipated that the landing strip will be in usable order by that evening.

2) Notice: I wish to advise my friends of Hermiston and vicinity that I have sold my undertaking business to Mr. Charles J. Burns of Condon. Mr. Burns is licensed as an embalmer and funeral director in Oregon and has many years of experience. He comes highly recommended and I hope you will have in him the same confidence you have accorded me for the many years I have served you. — A.W. Pramm, funeral director

Last week William Shaar went to Pendleton and completed his citizenship papers and is now a full-fledged citizen of Uncle Sam. Mr. Shaar was born at Mt. Lebanon, Syria, and he has been in this country about 10 years. Mr. Shaar is proprietor of a barber shop here, and all his friends are congratulating him.