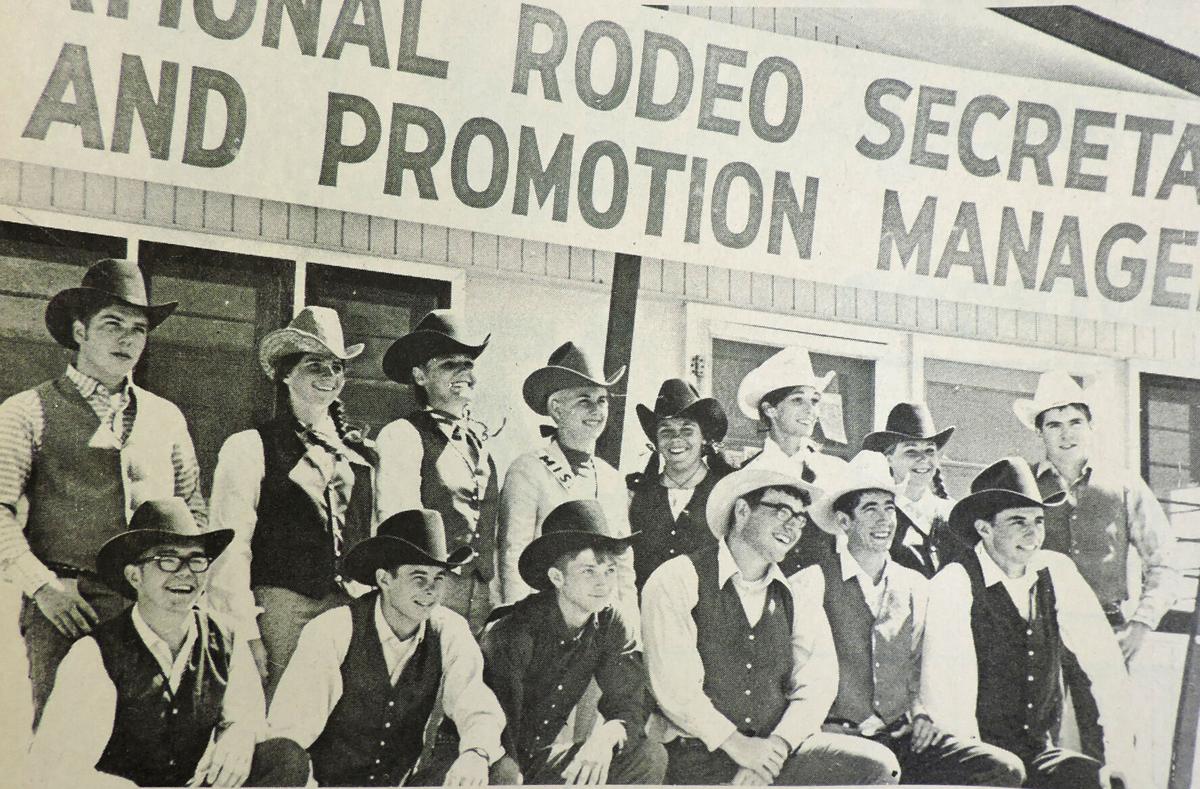 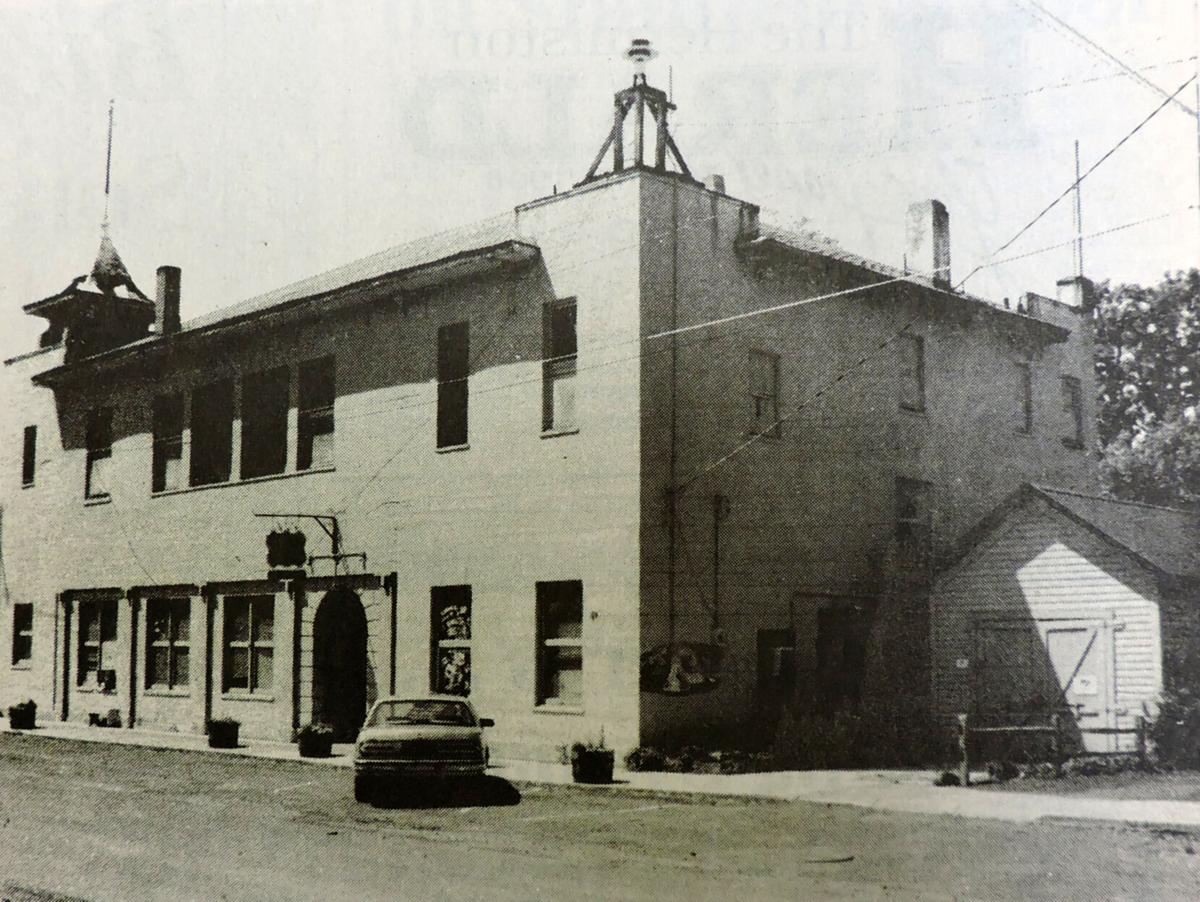 Echo City Hall is pictured in 1996, as residents worked to raise money to renovate it. 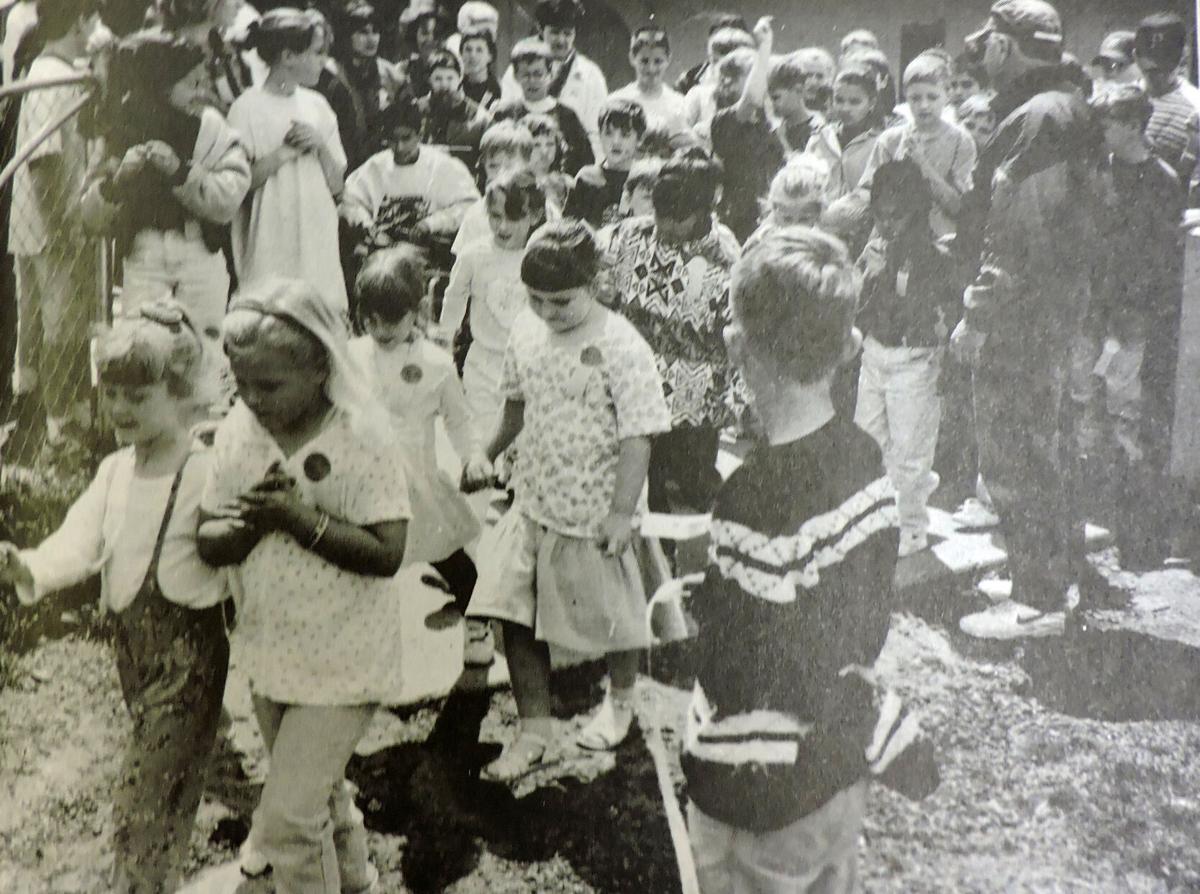 Children walk along a new trail near Highland Hills Elementary School after its dedication in 1996.

Echo City Hall is pictured in 1996, as residents worked to raise money to renovate it.

Children walk along a new trail near Highland Hills Elementary School after its dedication in 1996.

The map Irving Bochert was looking at last week showed a very different Umatilla County. Where Stanfield is, the map calls Foster. Where Hermiston is, the map refers to as Maxwell. That’s because the map is from 1893.

The museum is now located at 911 Sixth Street. This site once served as the city hall and jail for Umatilla and later served as the jail and a meeting facility for the city council.

2) It’s time to hit the bricks for renovations. The city of Echo is in the final stages of raising the $360,000 necessary to prepare the 80-year-old building to function as a community center and expanded library.

Currently, the building at 20 S. Bonanza St. houses the city hall and a library, but for the building’s size, both facilities are small. The library takes up one room downstairs.

Refusal of some property owners on Oregon Highway 32 to sign easements for the City of Hermiston to improve the highway is leading to the first ever condemnation suit to be filed by the city.

It was revealed at a special city council meeting May 20 that A.F. Rohrman, owner of Rohrman Motor Co. on the highway, and a leader to the opposition to the improvement of the highway, is refusing to sign.

Diesel engine units used to drive General Sherman tanks across the battlefields of Europe are being rushed to Oregon for various critical power needs, according to the Portland office of War Assets administration. Each unit is composed of two engines with a combined normal rating of 260 horsepower, but, due to larger fuel jets used by the army, this has been increased by 375 horsepower. They sell for $2,800 per unit in New York.

2) After occupying the corner of First and Main in Hermiston for more than 30 years, the frame building of the Hermiston Hotel is being moved this week to the rear of the lots to face First Street. Mrs. Walter Smith, owner, states that a two-story fire-proof building is to occupy the front of the lots from the corner to the Moore and Ripley Drug Store as soon as removal of the old building is completed.

The largest eighth grade class in the history of the school successfully passed the state examinations at the close of this year. Under the instructions of A.E. Bensel, thirty out of thirty-three were granted diplomas which makes full fledged high schoolers of them and they are anxiously awaiting the ringing of the bell next fall when they can take their places in the assembly room with the other students.

The young people of the outgoing eighth grade planned one more happy day together, picnicking on the banks of the river Friday afternoon. They met at the school house in the morning and enjoyed a regular picnic dinner at noon. The afternoon was happily spent swimming, playing games and just frolicking like ordinary kids once more before taking up the dignified title of “freshman.”