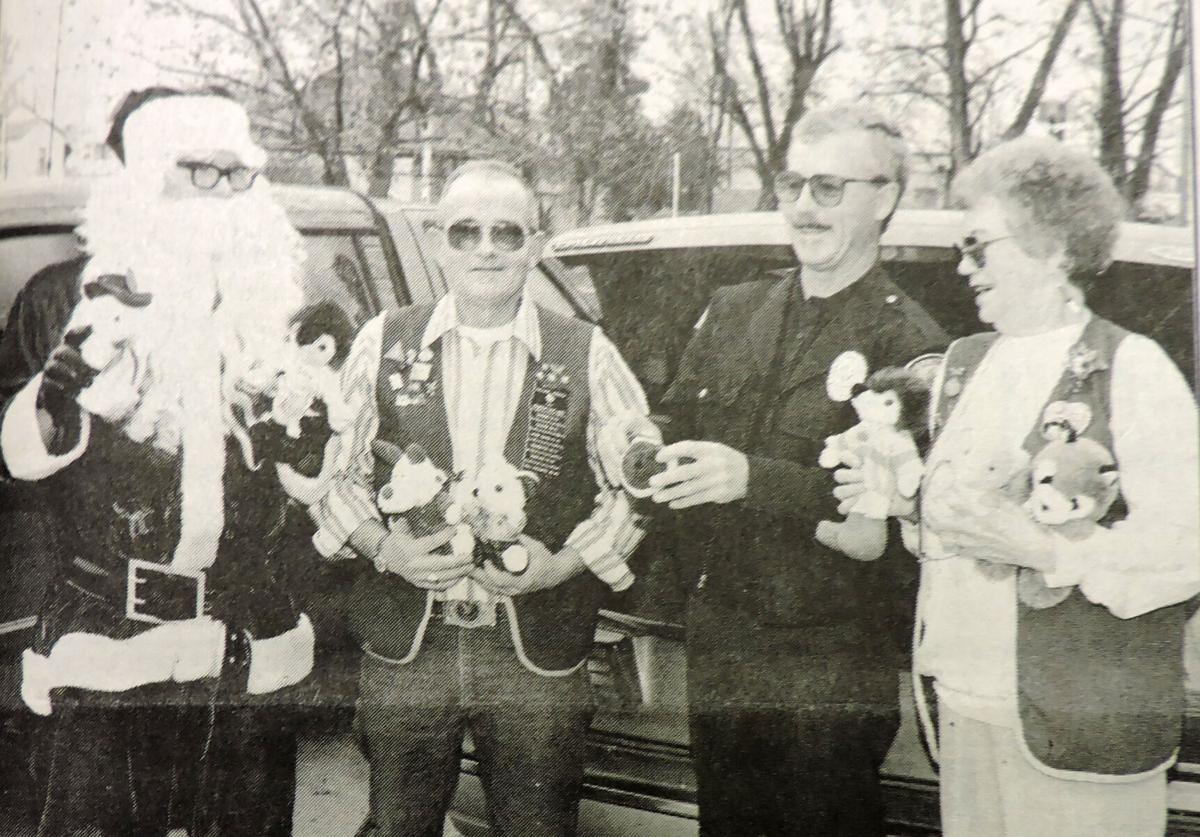 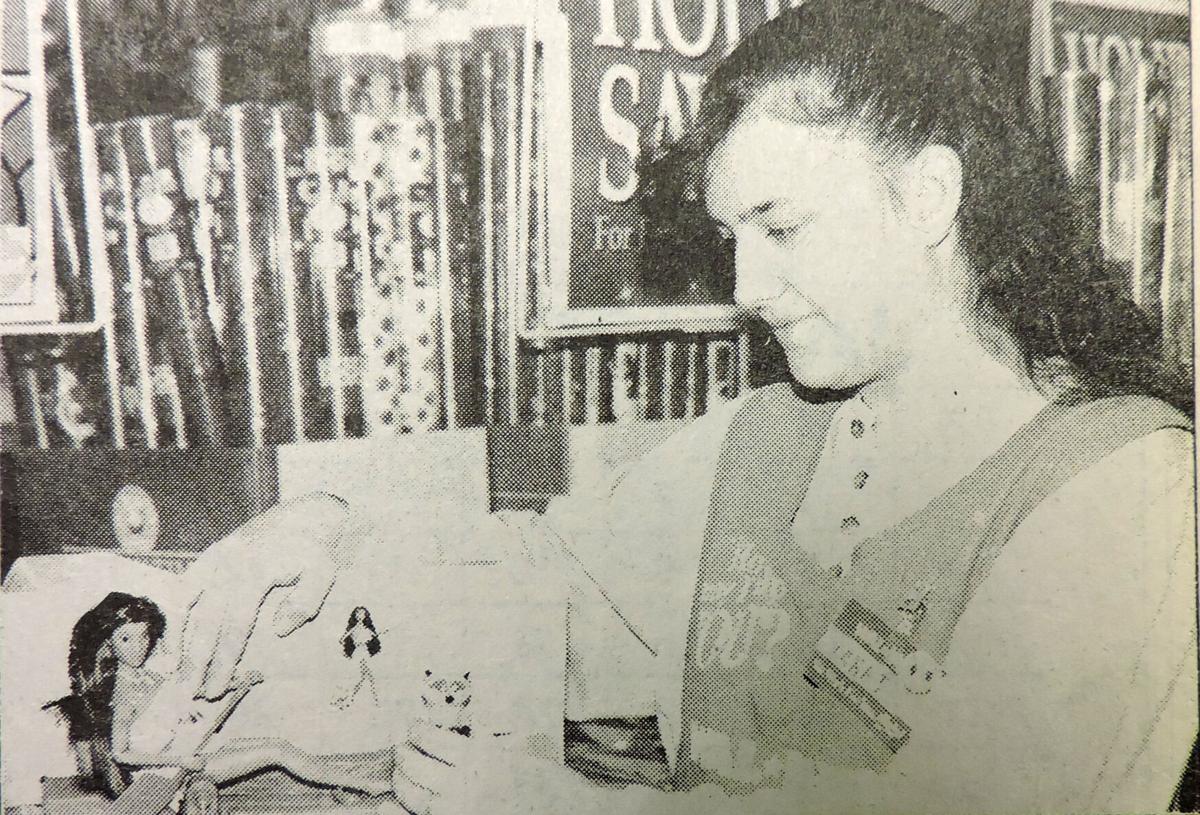 Walmart associate Janet Kelly shows off a Pocahontas doll that made a popular Christmas present in 1995. 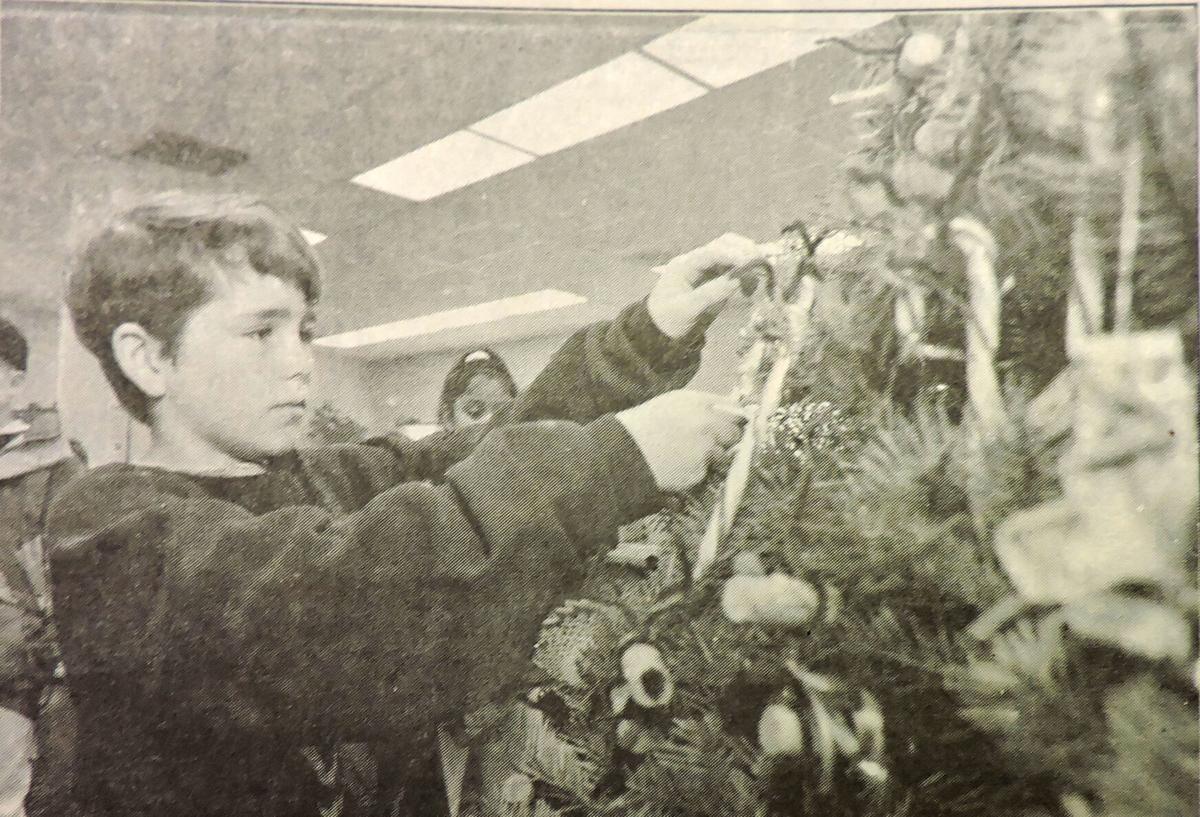 Highland Hills Elementary fifth-grader Sean Griggs hangs an ornament on a tree at the school in 1995.

Walmart associate Janet Kelly shows off a Pocahontas doll that made a popular Christmas present in 1995.

Highland Hills Elementary fifth-grader Sean Griggs hangs an ornament on a tree at the school in 1995.

Pocahontas is the hot item this Christmas season.

The Barbie-size doll, star of the Walt Disney film “Pocahontas,” reigns as queen of the toys, according to local merchants.

Employees at PayLess Drugs, Wal-Mart and Pendleton Grain Growers agree that the doll, complete with clothes and curling iron, ranks as a best seller.

Folks are also shopping for Monopoly, revised for its 60th anniversary.

“The board and token cars have been redesigned,” said Julie Wood, purchaser for PGG, “and they’ve added Monopoly Man to their tokens.”

As children sit on Santa’s lap, many have whispered into his ears the words “Power Rangers” and “Star Wars.”

A truck driver was injured and the cab of his truck totaled Dec. 16 when the vehicle ran off the highway and into the Columbia River.

State police said James Steele Hultengren, 55, Hillsboro, was westbound on the highway when the accident occurred at milepost 194 at 8 p.m.

Hultengren, driving a trailer truck owned by Mobil Oil Co., noticed a mud flap attached to a large section of steeling tubing in his lane, according to the police report. In his attempt to avoid it, the report said, he apparently swerved too far. The truck went over the bank, turned over and came to rest on its top with the cab partially submerged in the river.

The driver was taken by a Hermiston ambulance to Good Shepherd Hospital.

2) Vandals entered the First Christian Church Saturday night and littered choir sheet music, paper supplies and crayons throughout the building, it was reported to the Hermiston police.

The report, submitted by John Cermak, said obscenities were written on walls and blackboard and tissue was stuffed into lavatories and lighted.

At the Hermiston Labor Temple last Thursday evening 31 World War II veterans were formally inducted into the American Legion, under the leadership of Pendleton Forty and Eight initiation team. Two of them, L.C. Alford and J.C. Todd, are veterans of both wars and have been affiliated with the Legion for years, but had never been taken through the formal initiation ceremony.

2) The first showing of Ben-Hur frozen food lockers held at the Inland Co-op Tuesday was well received by the public, although bad driving conditions kept out-of-town people who were interested away.

Mr. J.D. Vorpahl and Mr. Cliff Cornutt of the R.M. Wade Co. were on hand to answer questions regarding the lockers. Some orders for them were taken and deliveries will start in January.

Considerable excitement was caused last Saturday night about 5 o’clock, when fire was discovered in the woodshed belonging to Albert Smith and A. Burcenbine. An alarm was turned in and the fire department responded and the fire put out before any other damage was done than the burning of the shed.

Mr. Burcenbine stated that a ton of coal was all there in the shed at the time of the fire. Mr. Smith immediately built another shed.

2) Last Monday evening in the Library a number of businessmen of the city held a meeting, prompted by the call of the suffering of little children in Europe. Herbert Hoover has told us that millions will starve unless aid is sent them quick, and the old Liberty Loan committees throughout the United Sates have taken up the work of raising enough money to give the little tots one meal a day until their next harvest time.

C.S. McNaught and Thomas Campbell acted as the committee for Hermiston, and our quota was given at $400. Several of those present spoke very feelingly on the subject and the sentiment was unanimous that we raise our quota and raise it quick.