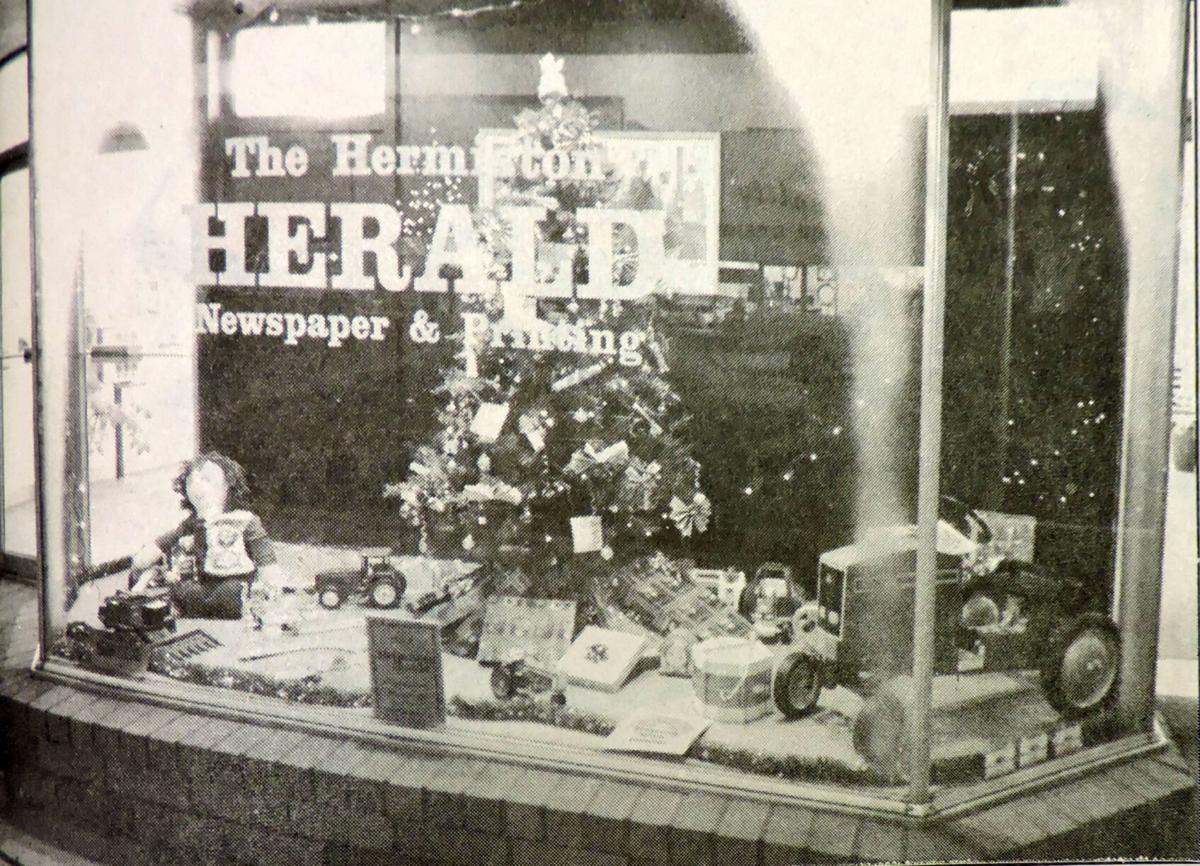 The Hermiston Herald won the city’s downtown window decoration contest for this display in 1995. 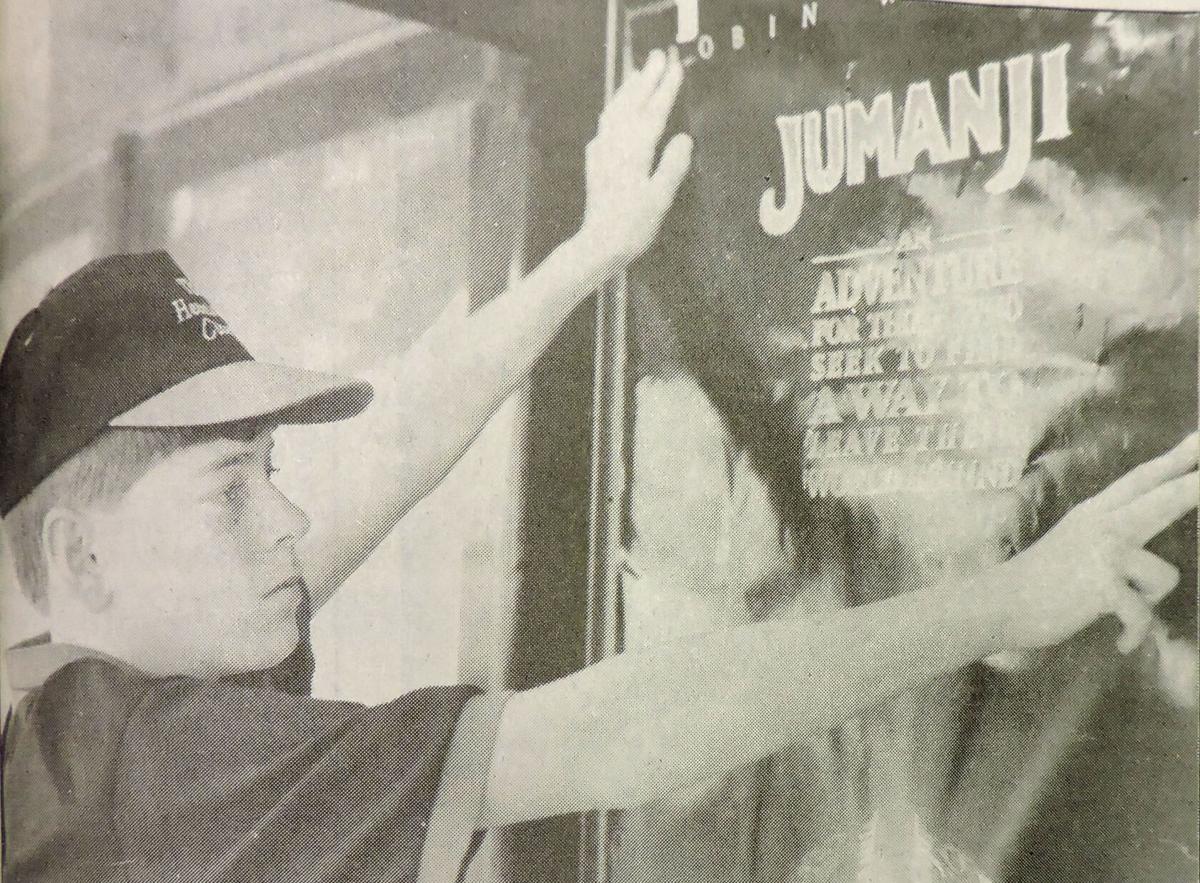 Pat McClanahan, 13, puts up a poster for the movie “Jumanji” at the Hermiston Cinema in 1995. 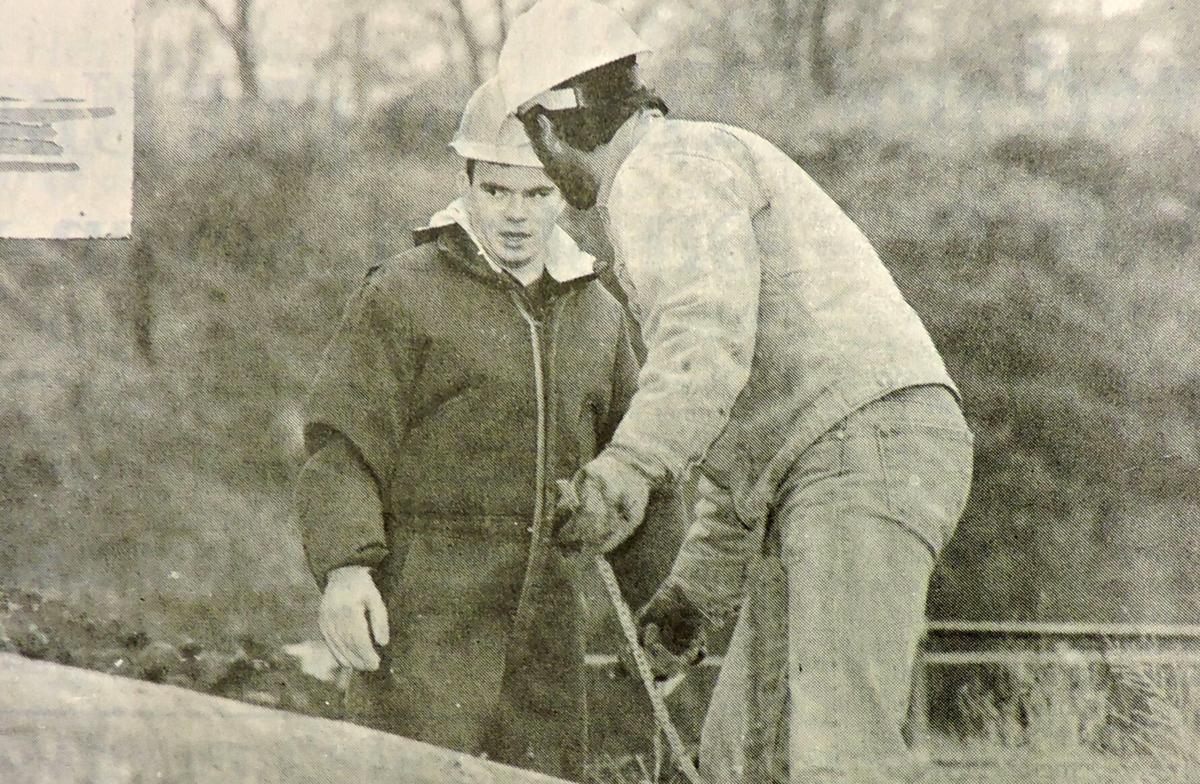 Hermiston High School senior Reggie Freels and UEC lineman Tim King work together as part of a mentorship program through the high school in 1995.

The Hermiston Herald won the city’s downtown window decoration contest for this display in 1995.

Pat McClanahan, 13, puts up a poster for the movie “Jumanji” at the Hermiston Cinema in 1995.

Hermiston High School senior Reggie Freels and UEC lineman Tim King work together as part of a mentorship program through the high school in 1995.

After 30 years in existence, Hermiston Neighborhood Center will close its doors.

Reduced federal funding and a lack of volunteers forced Hermiston Neighborhood Center board members into the closure decision, according to Elmo Bloom, board chairwoman and director of the facility.

Bloom, with the aid of the Umatilla County Commissioners, was instrumental in the birth of the program and in the organization of the agency, Community Action Program of East Central Oregon (CAPECO).

The last day of operation will be Friday.

Open three days a week, the center has provided free food to those who qualify, anywhere from 60 to 100 families a month.

Bloom expects those who now utilize the center and qualify for assistance to go to the Agape House.

Hermiston School Board members were told at their regular meeting Dec. 21 that all the schools in the district are drastically over-irrigating their lawns.

Ed Webster, engineer for the Soil Conservation Service, who with Clarence Underwood, work unit conservationist for the Hermiston office, conducted a study of the irrigation systems during the month of September, said the rate of over-watering ranged from 45 percent to 650 percent of the necessary amount.

This represents a drop from the 5,350 estimated as of July 1, 1968 by the Center for Population Research at Portland State College, and a corresponding loss of state funds.

Christmas was observed in this community this year with all the spirit of a normal peacetime holiday season. With the return to this part of the county of many service men and women the season has been very gay — and it was not necessary to dream of a white Christmas.

Snow fell on Sunday and Monday, Dec. 16 and 17, and part of its still remains, although some rain has fallen this week to assist in reducing the snow remaining. Only minor accidents have been reported in this part of the county and few incidents have occurred to eliminate the gaiety of the season.

Churches and Sunday schools conducted the usual Christmas programs and other services and attendance was very good despite the prevalent epidemic of the flu. In some cases the members of church choirs were struck with the illness to seriously handicap the group in their efforts to produce special music for the programs.

Gift-giving was again back to normal this year with merchandise stocks being quite complete in most local stores. Electrical appliances and some of the other larger items usually purchased as gifts for the home were not available in quantity here. The delayed buying this year piled up on Saturday, Dec. 15 putting the gross businesses in some stores greater than in any previous year. Many people have returned to their homes during the past few months with the decrease in activity at the Umatilla Ordnance Depot but the spirit of the season has caused many people to give more expensive gifts than was the practice during the war years.

The High School Play given Friday, Dec. 17 was an excellent entertainment furnished by the high school pupils. The Herald was so full of Christmas and its special edition that mention of the play was skipped by our notice, for which we are very sorry, but mistakes often happen, especially when one is thinking about Christmas.

The characters of the play were all well chosen and exceptionally well played by the boys and girls. Every character was well portrayed, and we could not pick out any single individual who was better than the rest as they all excelled at their roles.

Considerable credit is due the youngsters, for they worked hard and event painted special scenery for the play, which was given a very creditable setting. The school auditorium was packed to capacity and we hope it will always be crowded when entertainments are given at the school.