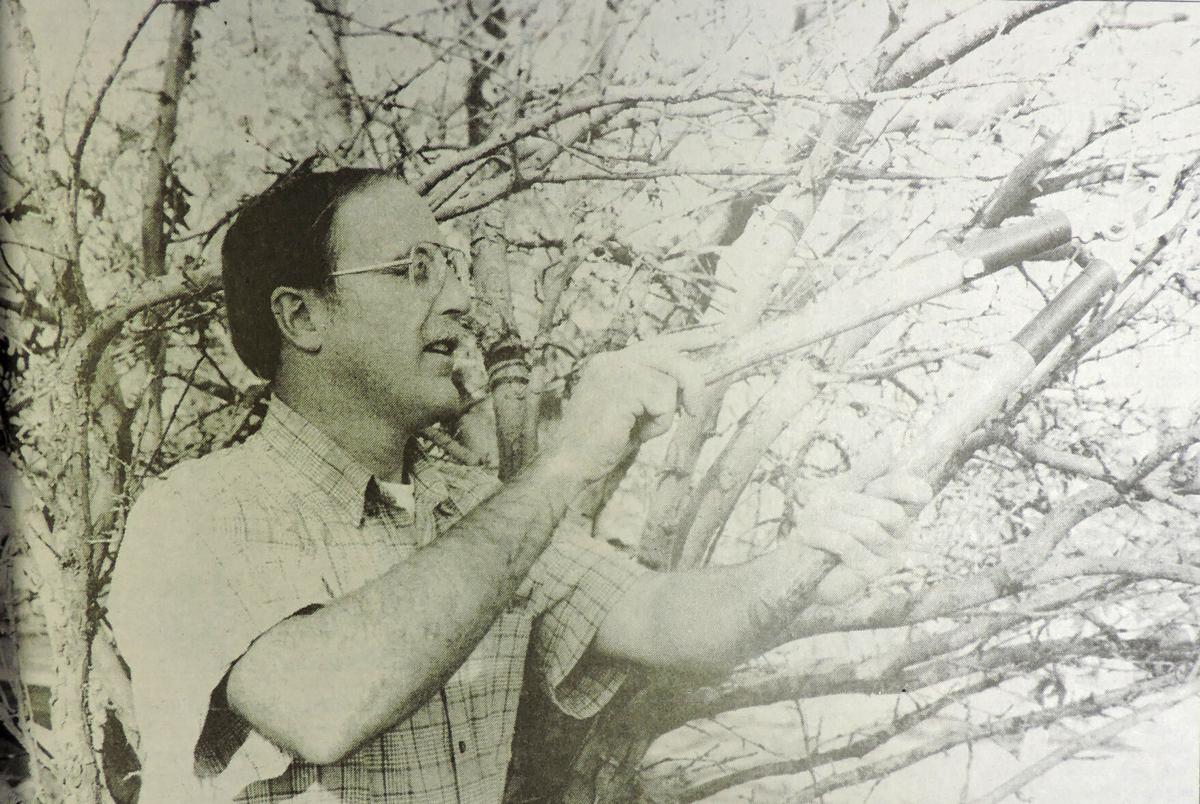 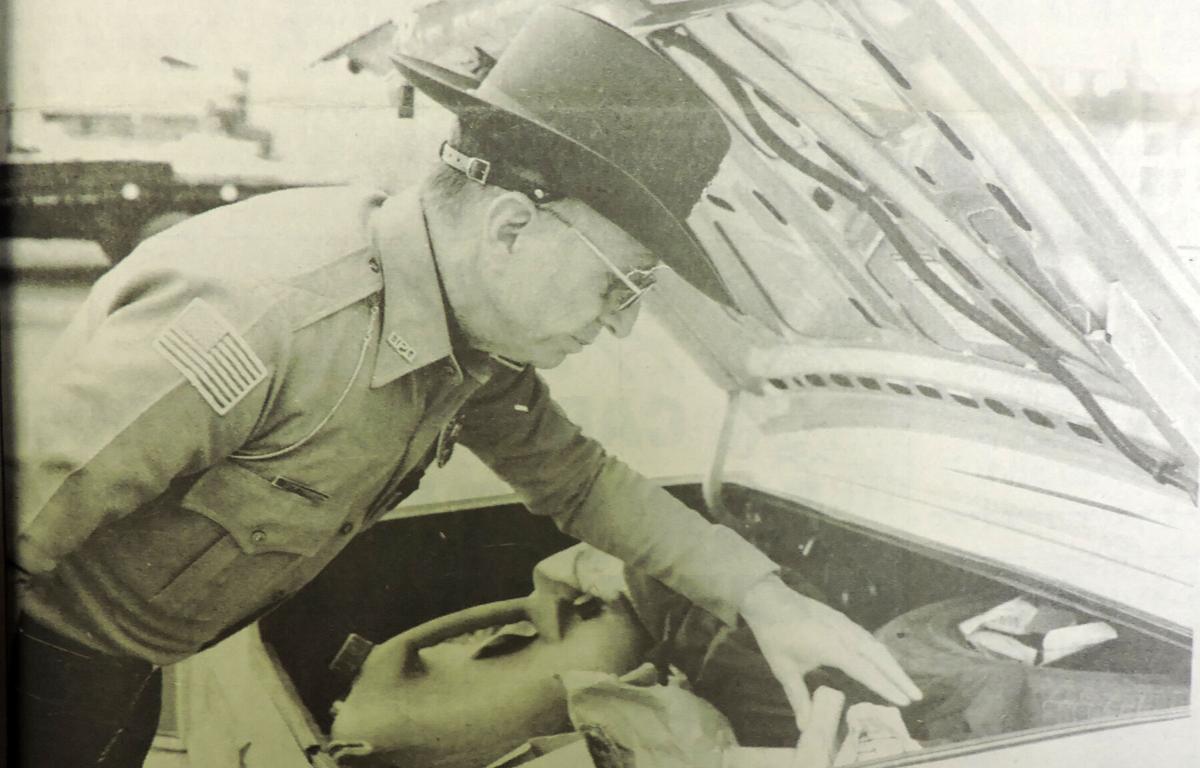 Umatilla Police Officer Dick Stokoe searches a vehicle that led police on a chase in 1996. 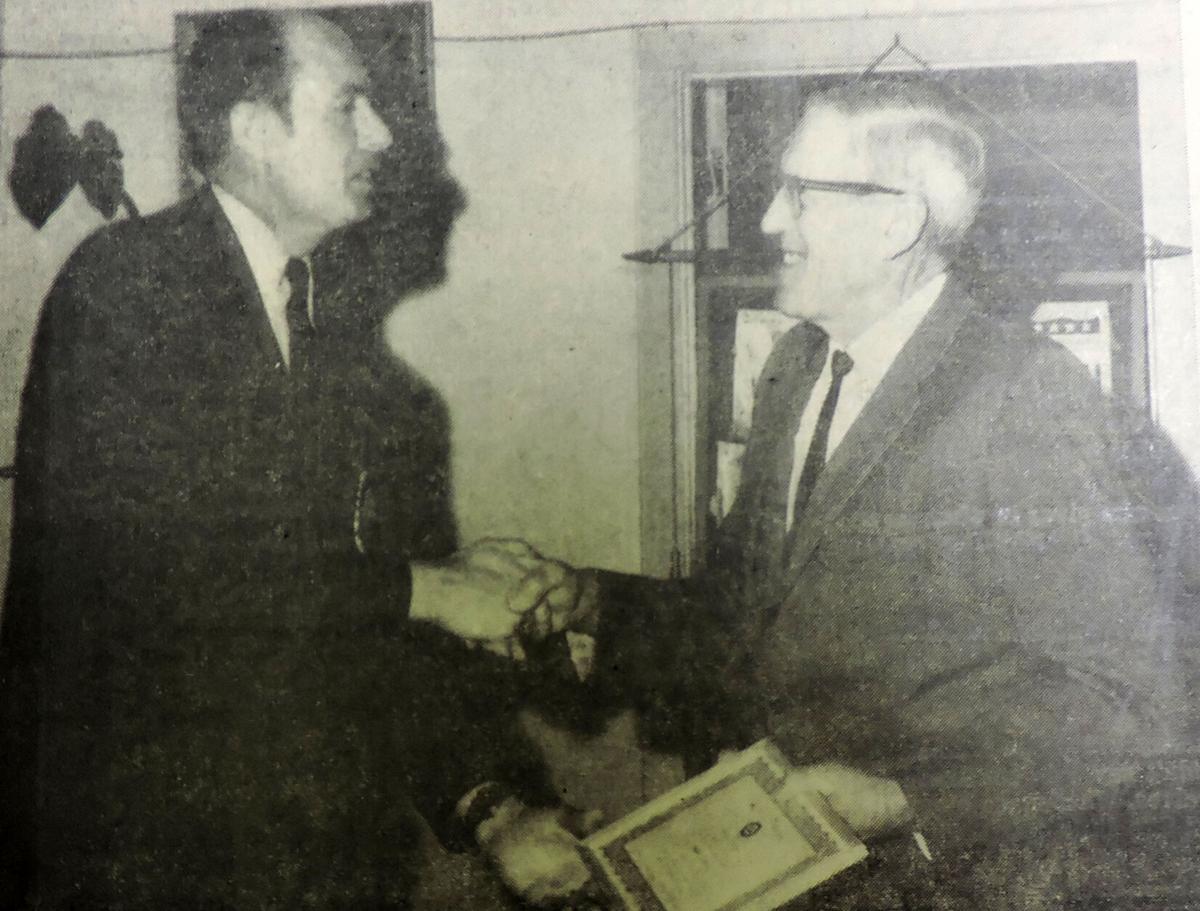 Umatilla Police Officer Dick Stokoe searches a vehicle that led police on a chase in 1996.

The Hermiston Chamber of Commerce is giving local residents a chance to dance their way to a better library.

The first annual Mayor’s Ball comes to Hermiston on Feb. 3. The event will be held at the Hermiston Community Center from 7 p.m. to midnight. Proceeds from the evening will benefit the Hermiston Public Library.

2) A new post office for Irrigon is one step closer to reality. The city council last week authorized Mayor Don Eppenbach to contract survey services to evaluate a proposed site for the new building.

The survey, which is set to begin this week, will evaluate the one and three-tenths of an acre site of city-owned former railroad land along Highway 730. Eppenbach said the U.S. Postal Service wants to build a 5,200 square foot building for the new post office.

Residents of Umatilla and Morrow counties are more receptive than persons elsewhere in Oregon to proposals for locating nuclear power parks in their areas, according to a Bureau of Reclamation area engineer.

John Mangan, speaking Monday at the annual meeting of the Columbia-Blue Mountain Resource Conservation and Development Project, showed the approximately 70 persons in attendance diagrams of ways in which nuclear power and irrigation could be made to work together.

Harold Cantrell, Walla Walla area manager for Bonneville Power Administration, told the meeting the need for power in the Pacific Northwest will increase by one million kilowatts each year for the next 10 years. Mangan mentioned the Cold Springs Reservoir as a possibility for a nuclear plant.

The annual polio drive started this week in Umatilla County.

Once again we have an opportunity to share in the unrelenting battle against infantile paralysis, the dread crippler that annually attacks America’s children.

We can hope that the children of our community will be spared in the years before us. We cannot be sure. No one can predict where, when or how severely the Great Crippler will strike. It therefore behooves us to be prepared.

The Umatilla County chapter of the National Foundation for Infantile Paralysis is arming now against the possibility of an outbreak in the summer ahead. They must have the necessary funds to help our health officials, physicians and hospitals provide the finest available care and treatment for infantile paralysis patients. When a polio outbreak occurs, no one knows how much special equipment and appliances, or how many physical therapists and nurses, may be needed.

The Willamette Glee Club will be in Hermiston for a concert on Wednesday, Feb. 2, under the auspices of the high school student body. This organization was billed here last year, but the flu interfered and they passed us by. This season the club is better than last year and the music lovers of the project can look for a rare treat.

Mr. Adams of the Play House has canceled his picture for that evening and the concert will be given there, where all can be seated comfortably.

2) A small train wreck occurred in the Hermiston yards Thursday morning after the local had departed for Portland. While switching with a freight engine, four box cars jumped the track and tore up four lengths of rails. The accident was caused by a switch point giving way. It was necessary to call for a helper from Umatilla and a section crew before the damage could be repaired and the cars put back on the track.