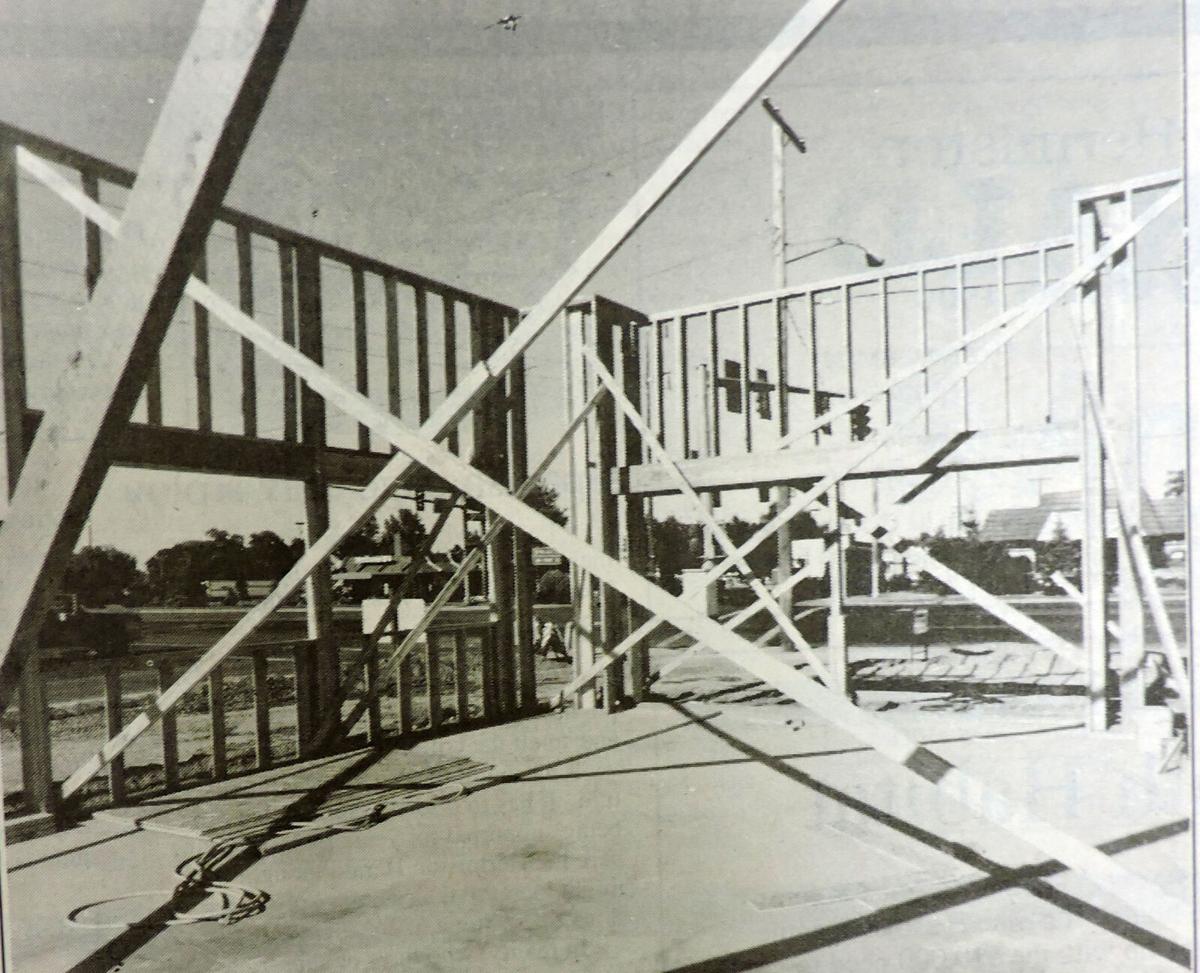 Beams go up for a new Arby’s in Hermiston in 1995. The building later became a Starbucks. 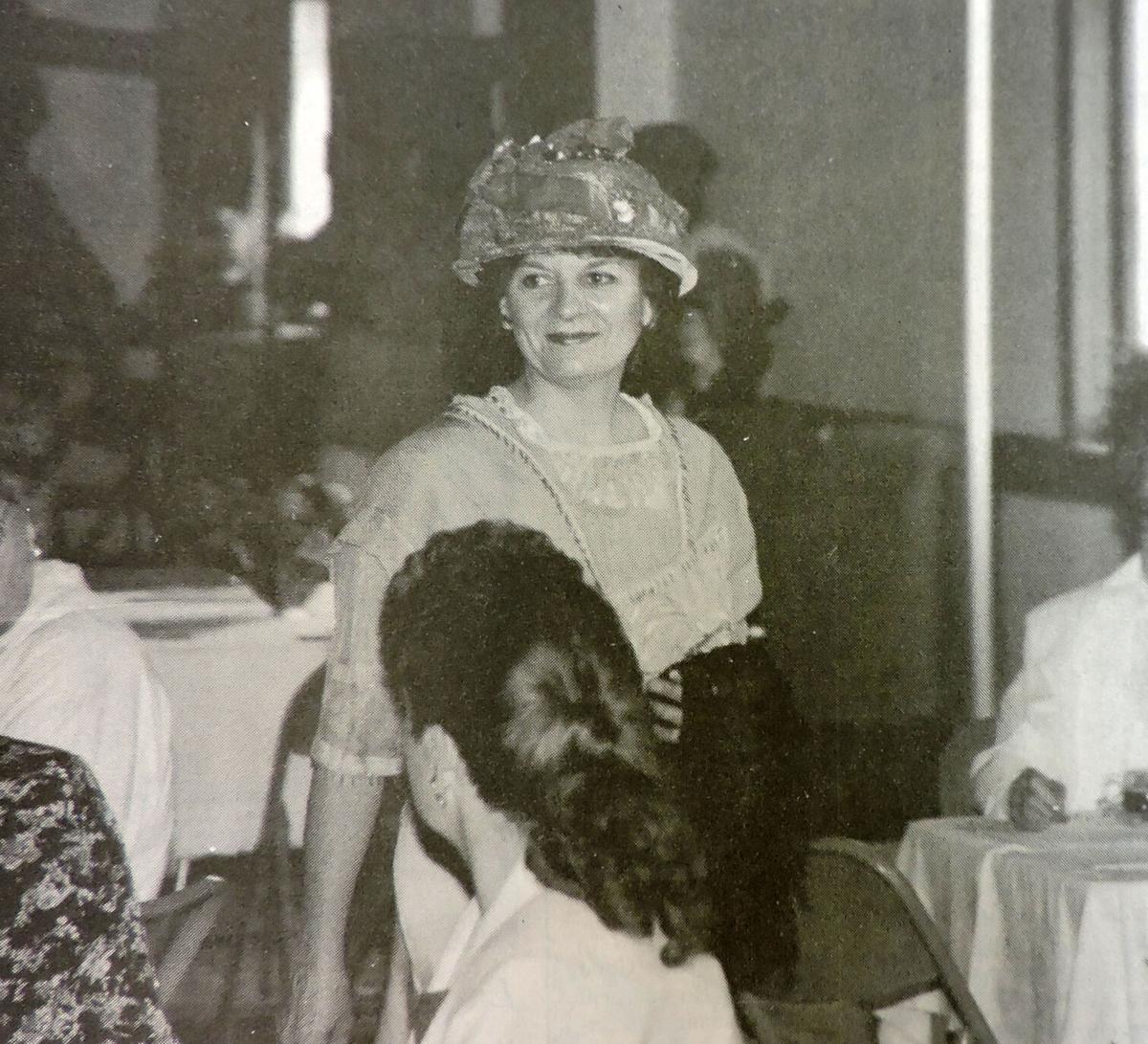 A woman sports historic clothing at a vintage fashion show in Echo in 1995. 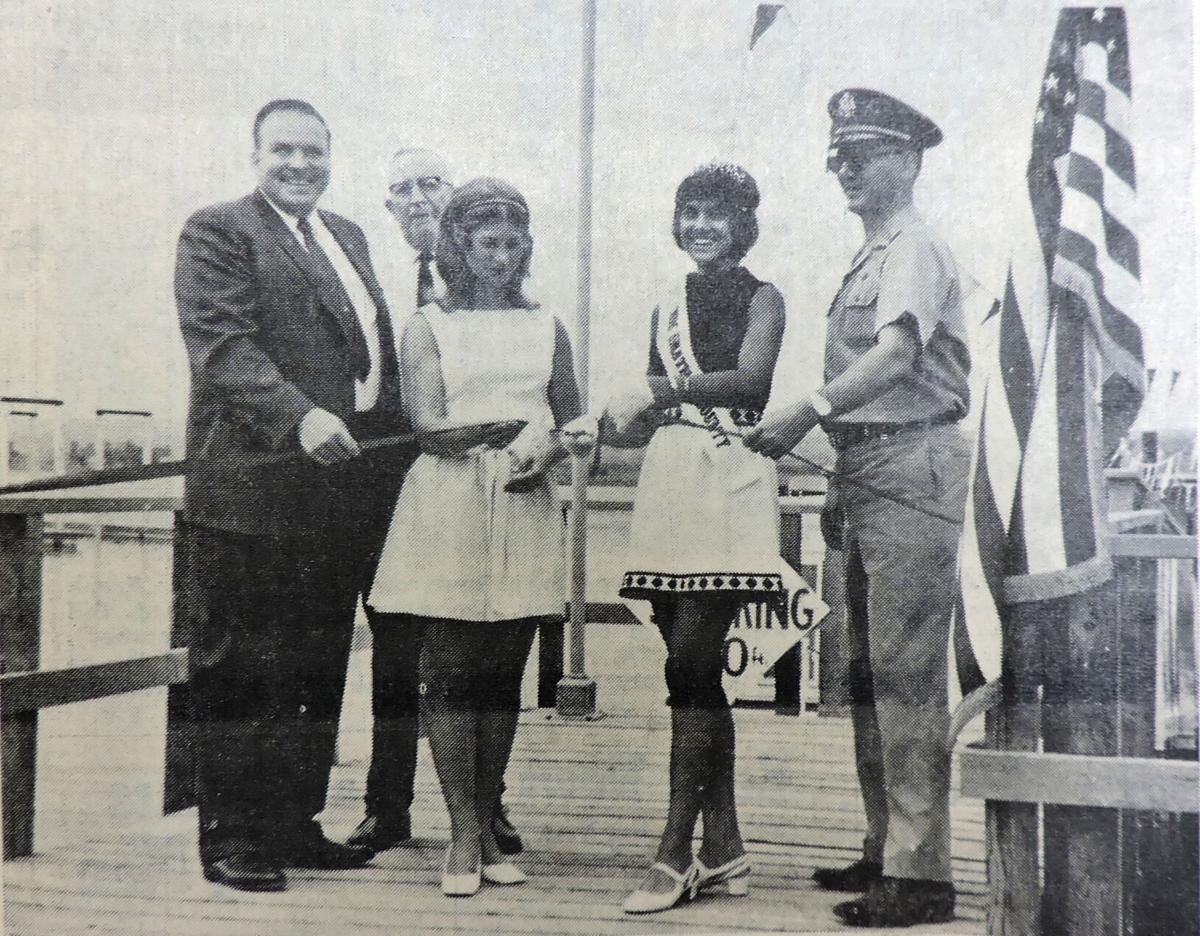 Beams go up for a new Arby’s in Hermiston in 1995. The building later became a Starbucks.

A woman sports historic clothing at a vintage fashion show in Echo in 1995.

Construction on a Walmart regional distribution center has been moved back 18 months, a company spokesman said Wednesday.

Wiley Lott, Walmart’s chief negotiator in dealings with the City of Hermiston, said changes in the company’s five year plan for growth in the Northwest moved the company to adjust its opening date for the center to September, 1998.

Construction may begin as early as the fall of 1997, he said.

2) An anonymous tip led Umatilla and Oregon State police to the center of a massive burglary ring.

More than $135,000 was recovered after OSP detectives Mike Wilson and Randy Crutcher used a search warrant at 303 Klickitat in McNary.

Two stolen trucks filled with tools and numerous firearms were among the property found at the residence and at other houses subsequently searched.

At least half a dozen burglary cases were traced to the ring, including one at Crutcher’s home last weekend.

The Hermiston School Board reached a decision Monday on controversial speakers talking at school assemblies or to school groups by enacting what is, in effect, a “no policy” policy.

It was decided by the board to let administrators make the decision on who should be allowed to speak at the school board in the future. In doing so, board member Lee Baggett said, “The administration will have to take the bitter with the sweet if the matter is left to them.”

2) A request for joint support for a highway route plan that could solve the county’s future problem of maintenance for the Umatilla Toll Bridge after the bonds are paid off, was heard by Hermiston councilmen at a special meeting Monday night.

The suggestion came from Jack A. Houston, a former representative of the Richland city council to the Benton-Franklin Counties Good Roads Association.

He proposed that the various communities involved request that U.S. Highway 395 be routed from Pendleton via Interstate 80, through Stanfield and Hermiston, across the Umatilla Toll Bridge, then to Kennewick and Pasco via Washington Highway 14.

During an intense enemy artillery barrage, seven casualties were sustained. Observing that only one stretcher was available for the evacuation, Parrent voluntarily moved through 800 yards of unremitting shellfire and returned with another stretcher and blood plasma. His heroic act aided immeasurably in the treatment and evacuation of the casualties and was in accordance with military tradition.

His father, Harry B. Parrent of Hermiston, is an employee at Umatilla Ordnance Depot. Clifford volunteered at Pendleton following Pearl Harbor.

More than 6,000 cows are now being tested by the Oregon Cow Testing association under the direction of the Oregon Agricultural College.

Professor E.L. Westover, field dairyman of the extension service, reports that for the month of March, 2,500 cows were tested, one registered bull was bought by the association, five cows sold for beef and 11 separators tested.

The average milk production for cows tested was 635.5 pounds and the fat 29.06 pounds. The honor of purebred cow of the association belongs to F. Wilkinson of Warrenton. This record holstein produced 1,798 pounds of milk with 77.3 pounds of fat.