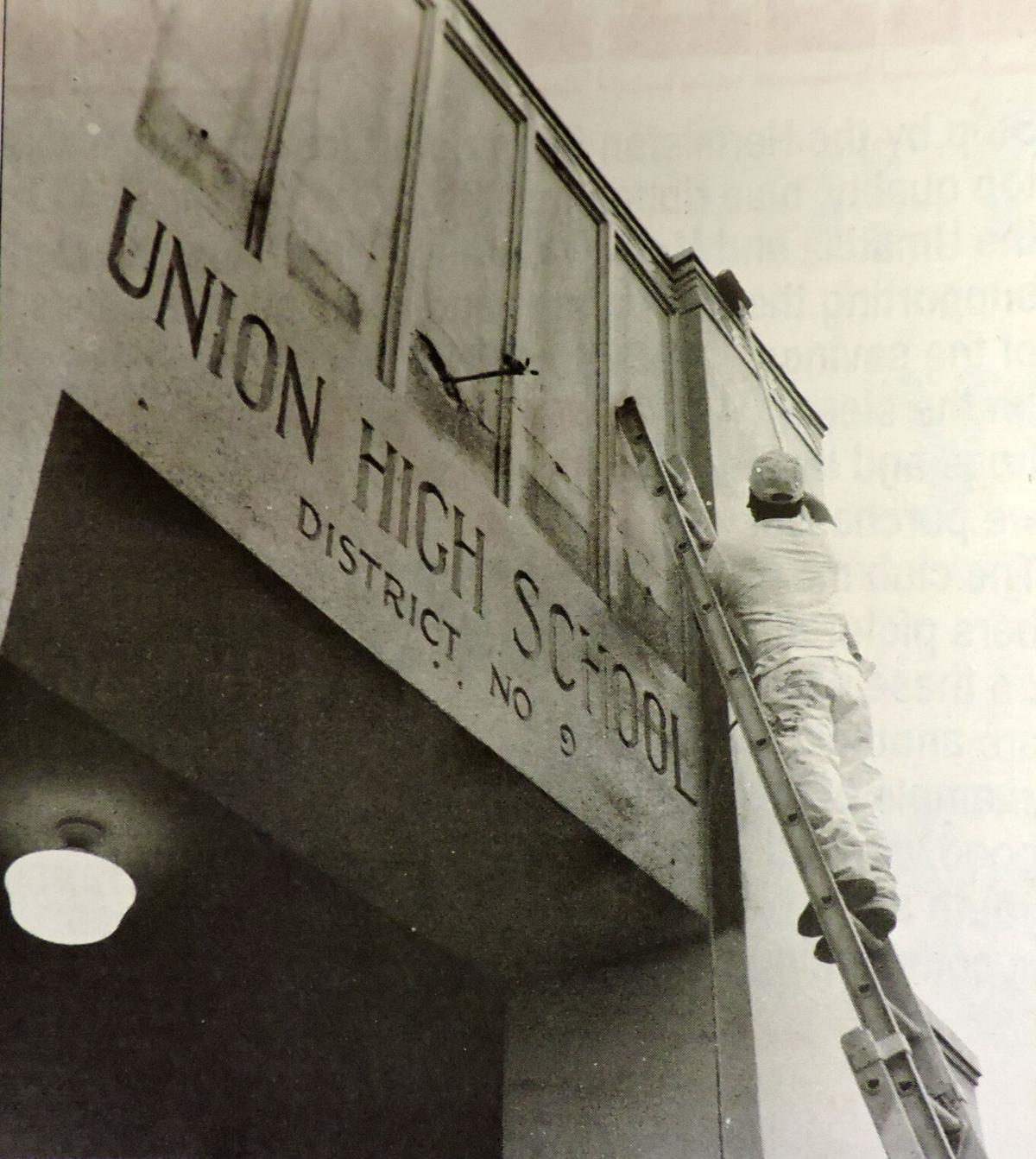 Native Americans participate in Fort Henrietta Days in Echo in 1995.

Native Americans participate in Fort Henrietta Days in Echo in 1995.

As students stream daily into the new Sandstone Middle School, workers toil away at the aging Armand Larive Junior High School. Construction crews have gutted the administration area to make way for the new look to what might be called Armand Larive Middle School when doors open next fall.

When the panel holding the words “Armand Larive Junior High” was removed from the face of the building recently, the structure beneath betrayed the school’s past life as Union High School. Oddly enough, Union High School was built to replace Hermiston’s first school, Sandstone.

The name of the newly remodeled middle school could still be up for grabs, though. At last month’s Hermiston School Board meeting, the board instructed superintendent Jer Pratton to form a committee to examine the possibility of changing the name. Board members said the rationale for such a change would be that since the sign and stationary would have to be changed to accommodate “middle school,” this would be a good time to consider a major name change.

Hermiston schools have a total enrollment of 2,408 after the first of three counts on successive weeks, according to Superintendent Armand O. Larive. This is slightly under last year’s record preliminary count of 2,435.

Larive attributed the drop to the Aug. 31 opening date, two days earlier than the opening date for 1969-70. Some families with children still were on vacation Monday, he said.

2) The first ringing of school bells this week, will officially end summer for youth all over the nation, as they return to school for the next nine months.

In years past, Umatilla county youngsters were called by those bells from fields, forests, and granaries, but now the youth no longer return from just a rural environment. Today, more and more youths are coming back to school from sophisticated jobs in industry and wanting to know a more technical kind of knowledge than the 3R’s can supply.

Then, it was just a case of “finishin’ school so as to get out into th’ world an’ make a livin’,” but that day is gone. When the school bells sounded last Monday in Hermiston, they carried the message of an expanding technical knowledge, one that has doubled in the past ten years and promises to double again in the next 10.

At a time when all America is rejoicing over final Victory, it isn’t easy to sound a somber note. But the effects will take place gradually — step by step. So it is with the railroads … with Union Pacific.

Millions of men and women in service have yet to be returned to their homes.

And unfortunately, there will be others whose destination will be a hospital or rehabilitation center. Because Union Pacific is a transcontinental railroad, uniting the East with the West Coast, a large share of this job with fall on our shoulders. You want these men and women to be returned home with utmost speed — and so do we — but at best it will take months and the use of a large part of our passengers equipment.

For this reason we ask the civilian public not to expect an immediate betterment in the transportation situation. For the railroads, as for industry generally, there must be a period of reconversion.

So we say — please be patient. Normal peacetime operation will be resumed as quickly as possible and, as in the past, excellent facilities and service.

August F. Beisse and family returned from an automobile trip to Portland. They left here Friday morning and went to Portland and to Newport, Oregon, also about 100 miles up into Washington. Mr. Beisse reports that 600 miles were covered on the trip, all the roads were very good with the exception of a short stretch near Wasco, and that he had no tire trouble at all until near Arlington on the return trip. At that point someone had inadvertently left a carpet tack lying in the middle of the country road.

3) After driving through Central and Western Oregon and into Northern California, with an eye always out for values in real estate, T. F. Gaither and wife have made the decision that Hermiston is the best place to live and buy in. Mr. Gaither proved this on his return from the trip by buying the A. W. Prann home on the west side and expects to have possession about the 15th of September. He will also keep his farm north of town and put a renter on it. He says that no where in Oregon did he find the land prices so low as in Hermiston. A. W. Prann recently bought the Brigham place and will move there when the Brigham’s leave Hermiston.