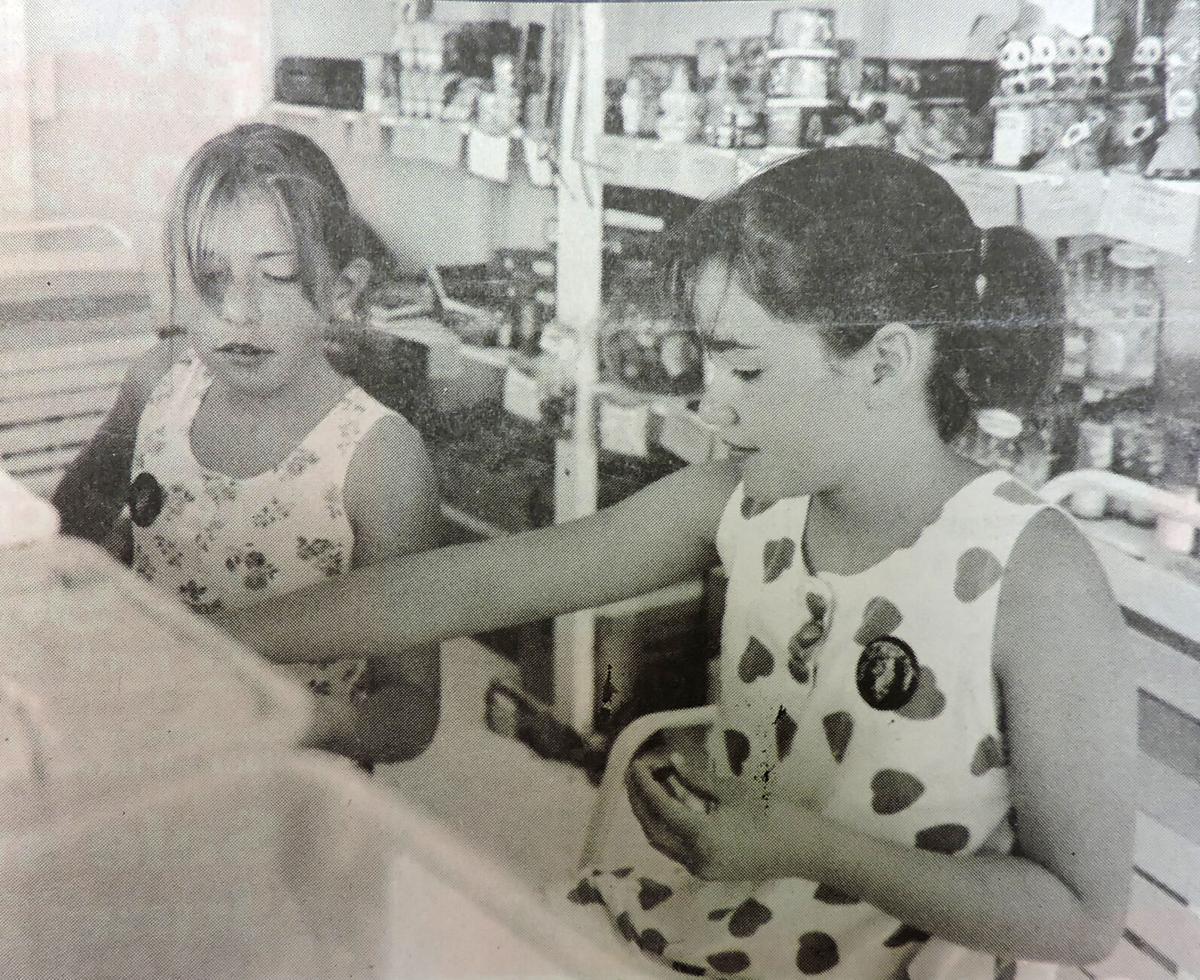 Kelli King and Melissa Wallwork of Stanfield count money at a fireworks stand in 1995. 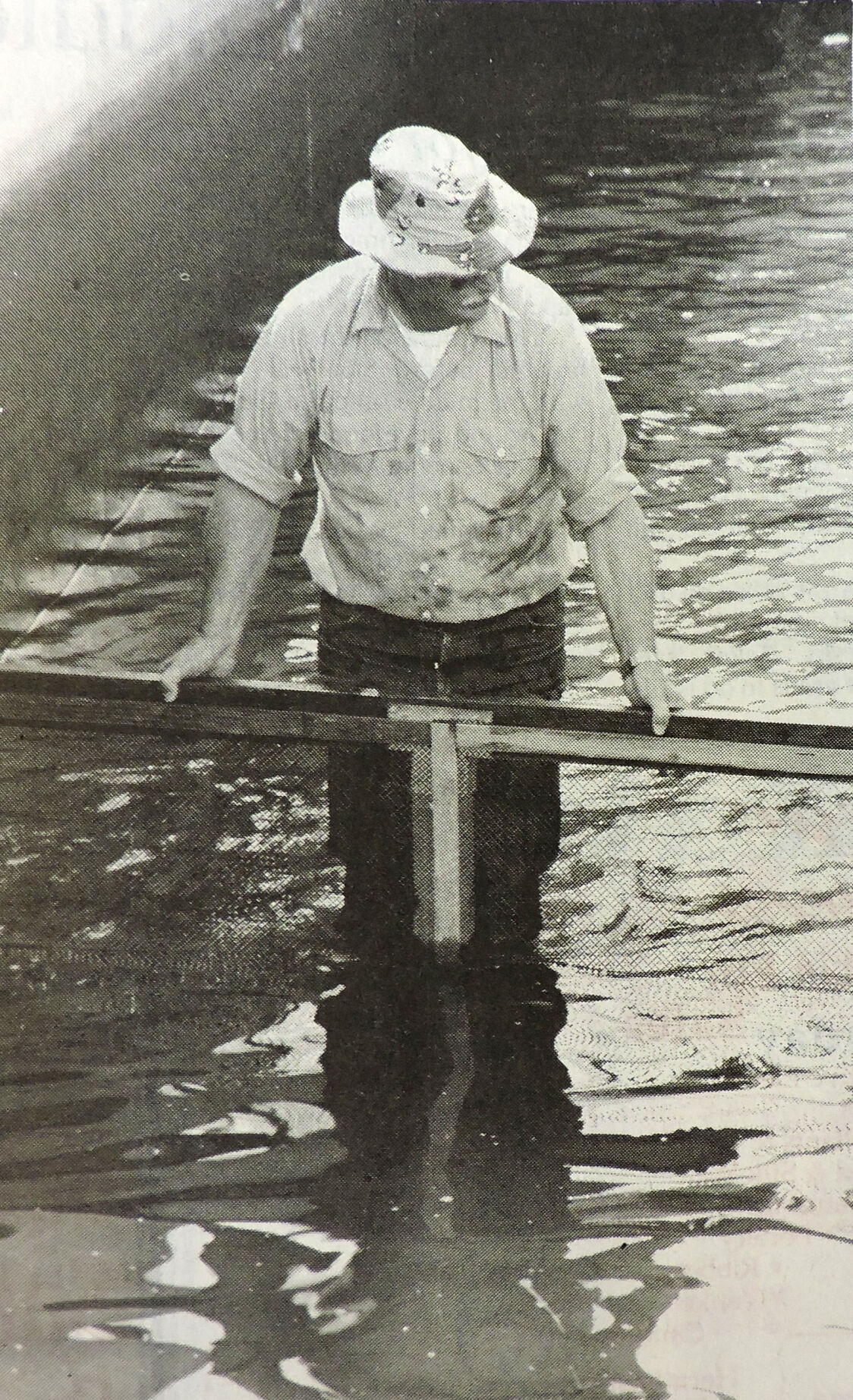 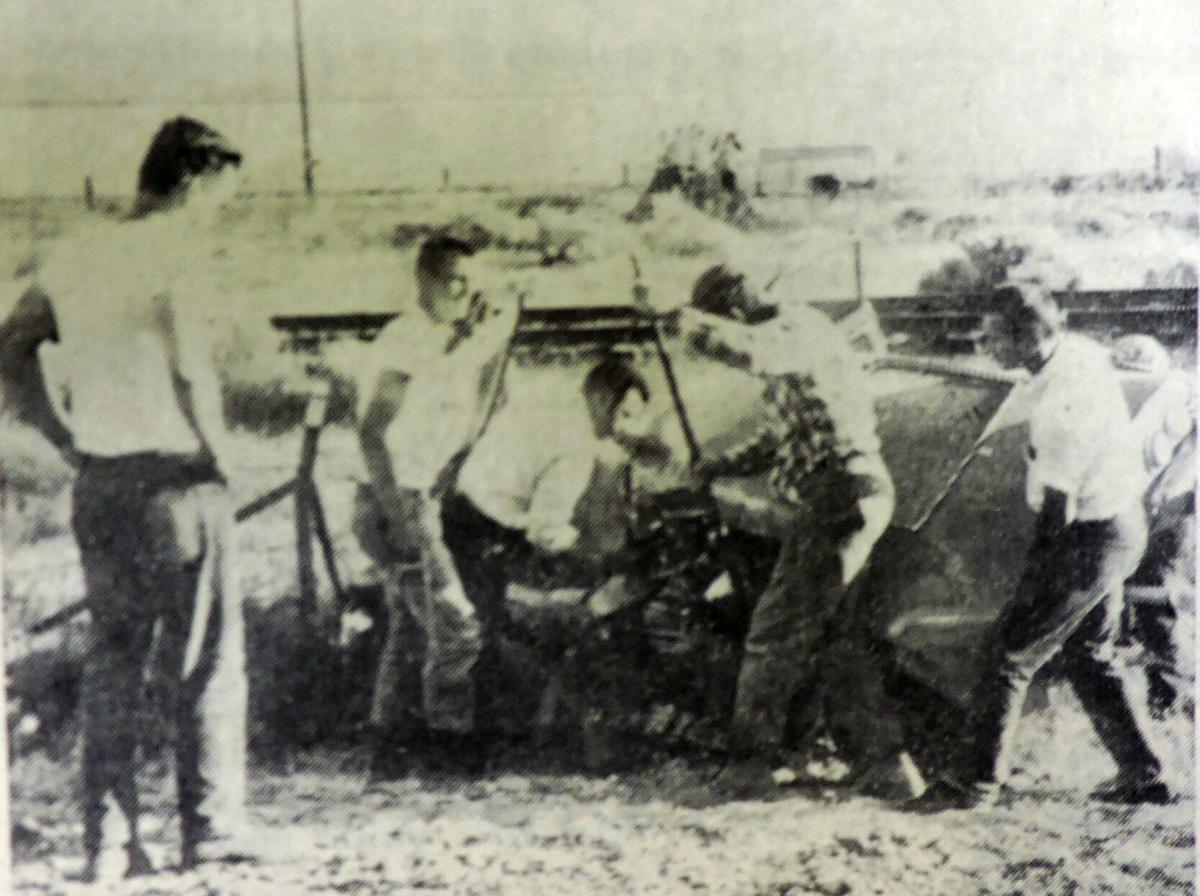 Rescuers work to free a man trapped in a car after a crash outside Hermiston in 1970.

Kelli King and Melissa Wallwork of Stanfield count money at a fireworks stand in 1995.

Rescuers work to free a man trapped in a car after a crash outside Hermiston in 1970.

Peter Evans just can’s seem to get away from Hermiston.

After spending four years getting the Hermiston Generating Project off the ground, Evans may be starting over again with another U.S. Generating power plant.

The Maryland-based electricity producer filed a notice of intent to apply for a site certificate with the Oregon Energy Facility Siting Council.

The application would be for the Umatilla Generating Project, a 500-megawatt combined cycle cogeneration plant to be built across Westland Road from the Hermiston Generating plant.

2) Hermiston’s 30-year quest for an Oregon National Guard Armory is exactly one year away from being over.

The guard officially broke ground Saturday on a new half-acre armory complex on Columbia Drive. The armory will be the home of the Bravo Company 3rd Battalion 116th Calvary when it is completed next June.

A reduction of 46 civilian employees will be made at Umatilla Army Depot effective July 24, Colonel Charles R. Norris, Commanding Officer, has announced.

The colonel said a downward trend in workload over the past several months with no foreseeable significant upswing has forced the action. The Depot now employs 720 civilians.

2) Using manpower from Hermiston’s civic organizations, the city will conduct its own census in the near future in an attempt to check the validity of 1970 federal census preliminary figures released recently.

City Manager Tom Harper brought the suggestion of seeking help from civic clubs before the council at its regular session Monday night. He said the city administration doesn’t have enough manpower to adequately conduct the census.

The Federal Census Bureau released preliminary figures earlier this month estimating Hermiston’s population at about 4,800. That’s about 500 less than the 1969 estimate and 200 less than a state certified county of 5,009 in 1966.

Construction of a new modern sales yard in Hermiston has been started this week and priorities have been obtained for all lumber and material, it is announced by H.C. Dykstra. He formerly owned the Grandview Packing Company and was represented here for 10 years by the late B.I. Whilney and is owner of the new company. He states his purpose is to give Hermiston a dependable market for livestock.

2) Umatilla Project Farm Bureau will sponsor a Fourth of July picnic for their members and families. Members of the county locals, Pilot Rock, Echo, Pendleton and Milton-Freewater have also been extended an invitation.

Each family is expected to furnish their own basket lunch together with the service, also please bring your own sugar. The locals will furnish the coffee. Some difficulty has developed in obtaining ice cream, but the Farm Bureau is still hoping it can be obtained and ice cream will be served along with the coffee.

A committee has been working on a program which is expected to take up most of the afternoon.

A fire in the rear of Phelps’ grocery store was the cause of some excitement Thursday morning. It is believed to have been started by sparks flying from the creamery chimney and catching fire to the rubbish in the rear of the grocery, where a large coal oil tank, nearly full of oil, was stored.

Mr. Phelps and several others who happened to be near carried water and tried to down the flames until the fire department arrived. The boys made a quick run across the track and had a line strung and water on the fire in less time than it takes to tell it.

The loss is estimated at $100 for stock and $25 on the building, which is fully covered by insurance.

2) Wednesday evening the boys of the fire department turned out and cleaned up around the department buildings in the city and left them looking like a city outfit. They have needed it for some little time and the work makes quite an improvement in the appearance of the city buildings.

If some of the rest of us would stir around, clean up our alleys and hoe the weeds down around our places of business, the city might make a better impression on visitors.

Let’s get it together and have it done before the Congressional Committee arrives.