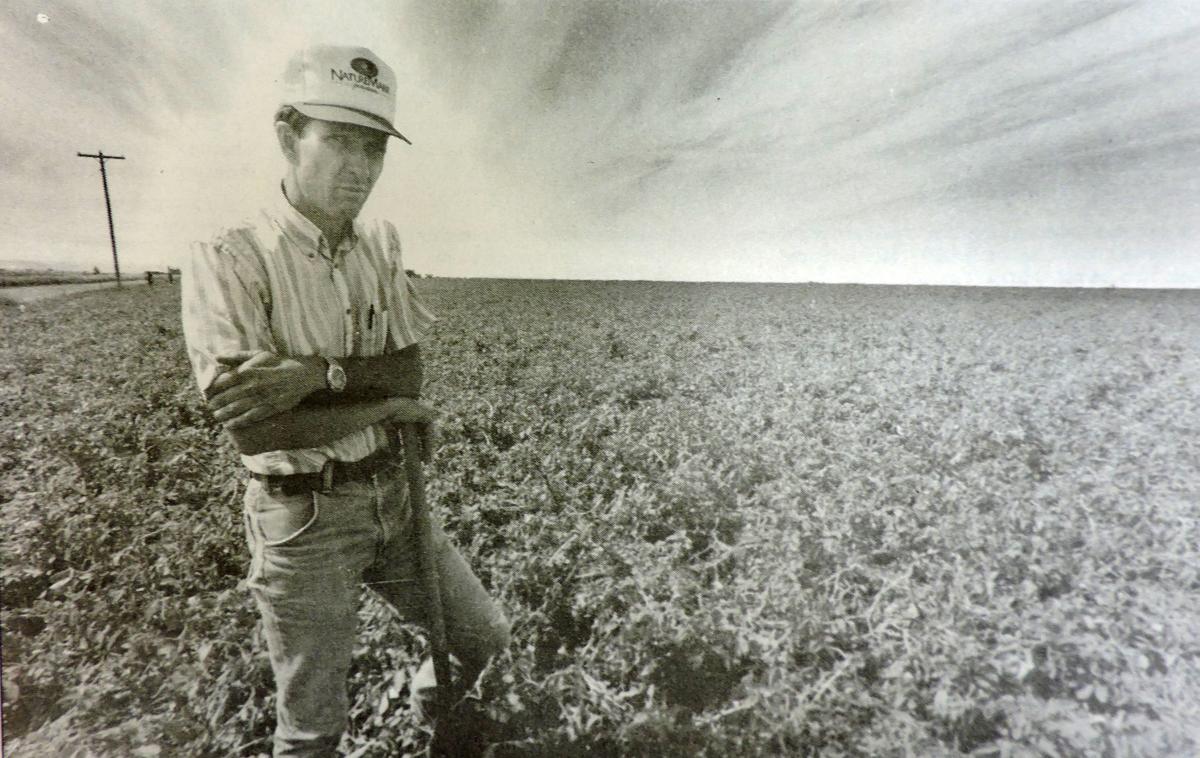 Hermiston farmer John Lloyd stands in a potato crop destroyed by golf ball-sized hail during a freak storm in July 1995. 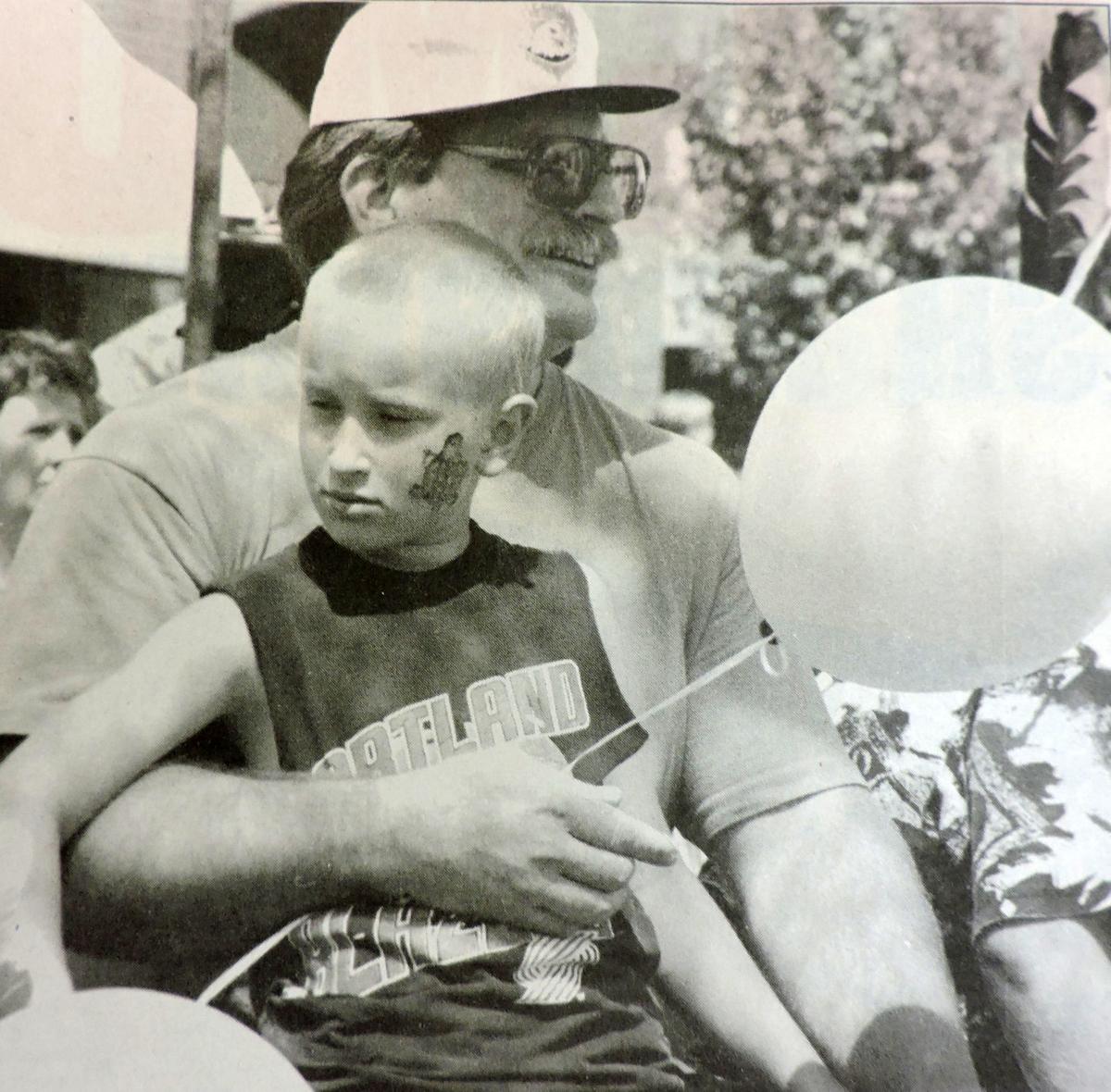 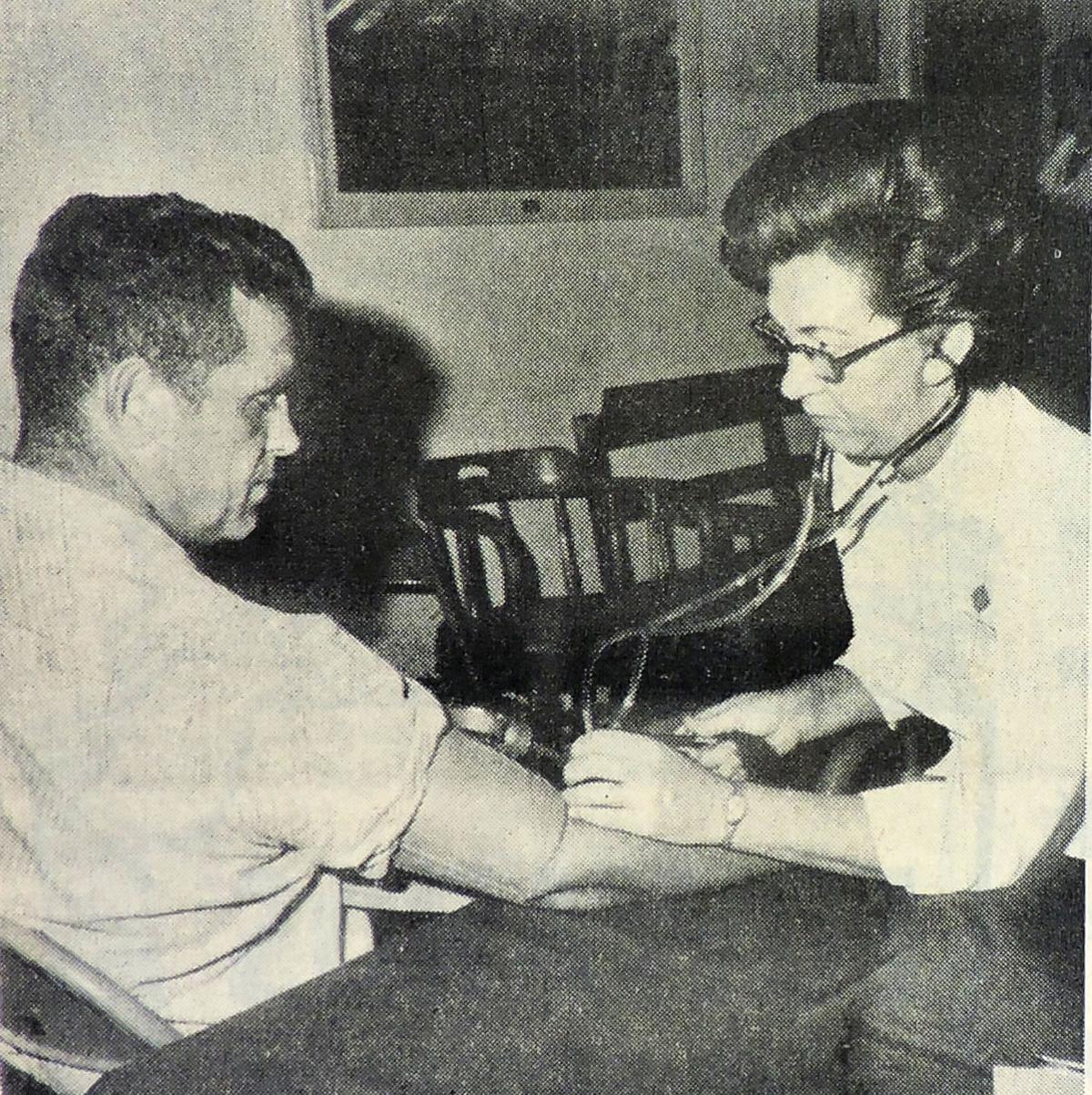 Hermiston farmer John Lloyd stands in a potato crop destroyed by golf ball-sized hail during a freak storm in July 1995.

Hail stones more than three inches in diameter pummeled Hermiston shortly after 2 p.m. The attack lasted only 15 minutes but left its mark.

Windows were the hardest hit. Any glass facing southwest when the storm hit was an open target for the storm’s fury. West Park Elementary School lost 90 windows.

Cari Seelye, 18, was working at Good Samaritan Center when the storm blew in.

“Somebody said I should look at my car. The rear window was just gone,” she said.

Larry Campbell said all of his 151 cars at his Campbell Motors lot were totalled.

“We estimate over $1 million in damage,” he said. “We’ve never had this kind of damage before.”

Vinyl siding on businesses and homes all over the area was left shot full of holes from the hail.

2) It lasted only 15 minutes but for many local farmers, the effects of Sunday’s hail storm will last well into next year.

Bryan Wolfe, a Hermiston potato and corn grower, said Monday he was “trying to salvage what little Mother Nature’s left me. She’s seen fit to treat us pretty harshly.”

As of Monday Phil Hamm at the Hermiston Agricultural and Research Extension Center said he had no acreage loss estimates yet.

Crop damage in some areas could be “as high as 100 percent,” he said.

A fire that destroyed about $75,000 of equipment and buildings at the Hermiston Dairy after midnight Saturday, July 4 was one of 13 calls answered by the Hermiston fire department since last Thursday.

Most firemen had attended or were leaving their annual Firemen’s Ball Saturday night when they received the dairy alarm at 1:59 a.m. and fought the fire until 9:20 Sunday morning.

It is believed lightning ignited some hay earlier in the evening and the material smoldered until the blaze broke out.

The company traveling in the convoy arrived at the camp site, at 10 p.m. Saturday. Tents were pitched and a guard detail formed. All members took their turn standing post through the long hours of the night.

Breakfast at 6 p.m. consisted of hotcakes, butter, syrup, fried eggs, fried spuds and hot coffee. Upon completion of breakfast, the company area was policed. The company formed at 8 a.m. for a hike. The hike was up the North Fork of the Umatilla River and lasted approximately three and a half hours.

One of those delightful affairs that make the life and energy of our rural social activities appreciated and makes one “holler” more, was given by the Ladies of the H.O.A. of the North Ridge district last Friday evening, when they held their last meeting and a house warming of the present season, at the newly remodeled home of Mr. and Mrs. A. Biesse.

The men of the community were the honored guests, and were very appreciative of the bounteous supper and social hour that followed.

Mr. Blanchard, reclamation statistician, remarked during the evening, “I am repeatedly impressed by the resourcefulness and versatility of the settlers on the project, especially the women.”

From the artistically decorated tables, and deliciously prepared viands, to the charming music and lively games that followed the feast, the ladies gave proof of their high efficiency.