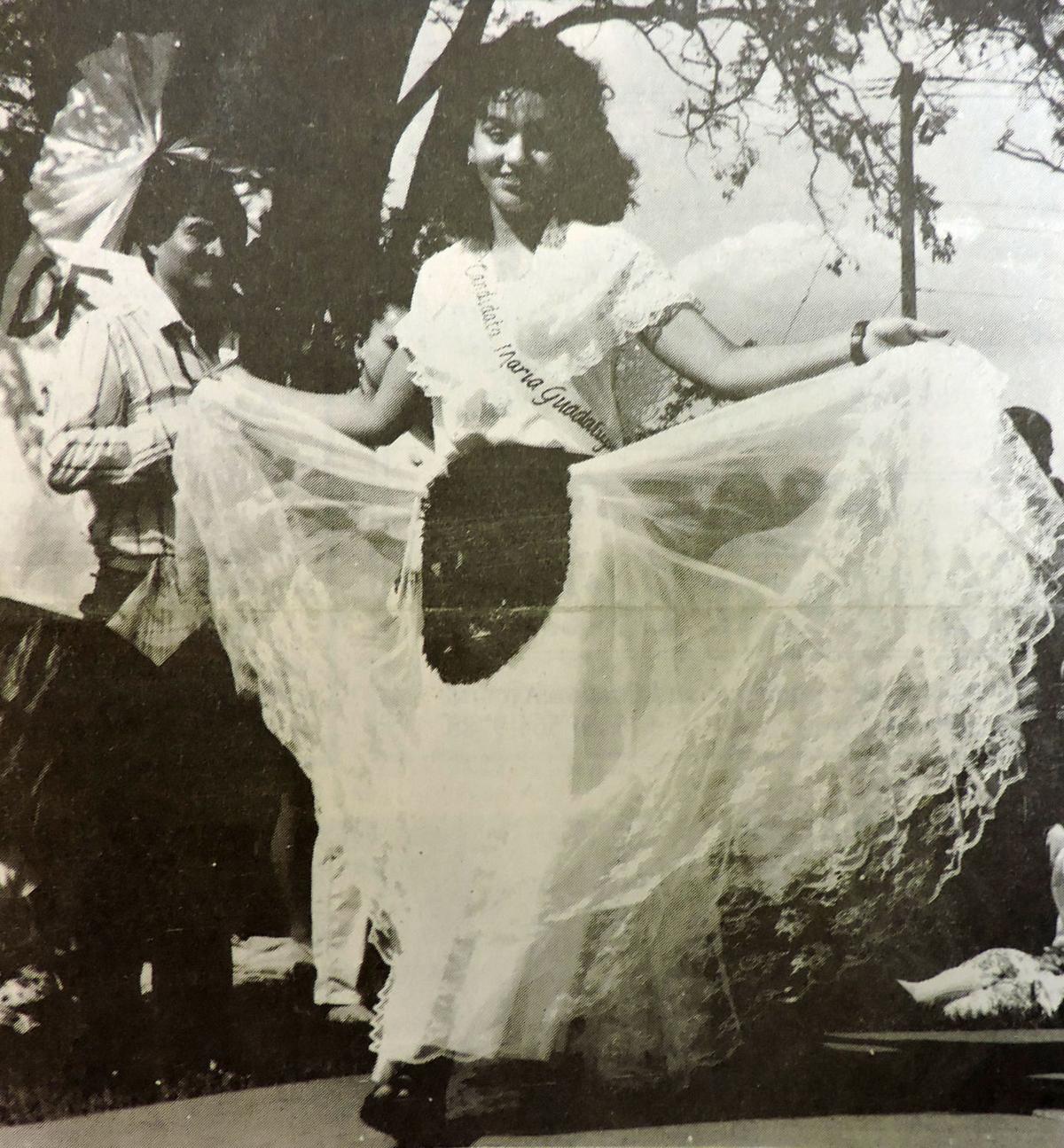 Maria Guadelupe Mendoza, 17, of Hermiston, dances at the Cinco de Mayo festival in McKenzie Park in 1995. 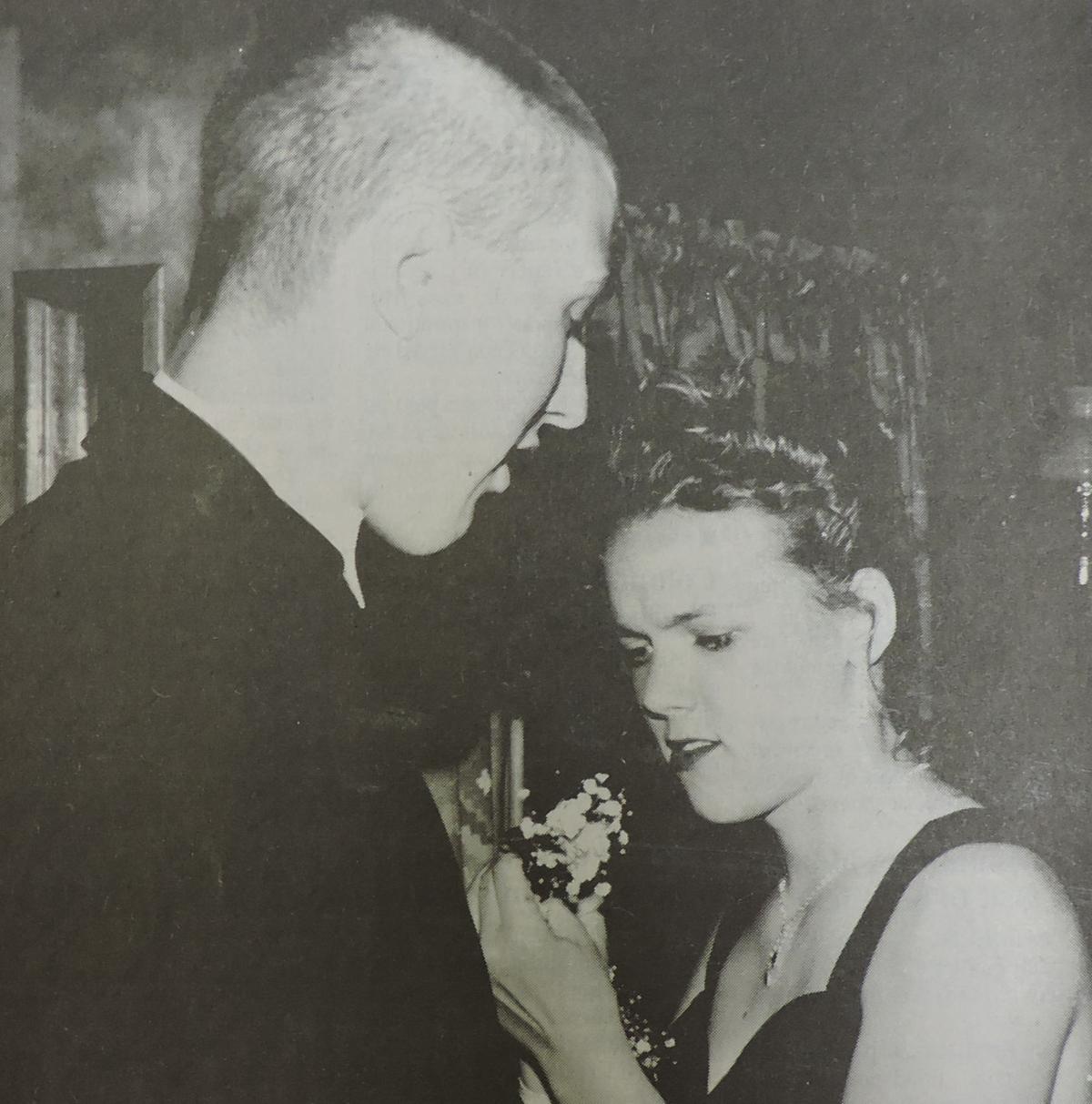 Students get ready for prom at Stanfield Secondary School in 1995.

Maria Guadelupe Mendoza, 17, of Hermiston, dances at the Cinco de Mayo festival in McKenzie Park in 1995.

Students get ready for prom at Stanfield Secondary School in 1995.

John Ralph Crespin Jr. will spend the next four years in prison for the June 6 shooting death of Jose Tigerino Perez.

Although he said he was sure that Crespin had led “an exemplary life,” Umatilla County Circuit Court Judge Robert Abrams said he could not ignore the crime.

“This is not easy for the court — it is very difficult — but I also have an obligation to society,” Abrams said. “We cannot allow people to take the law into their own hands.”

Crespin was found guilty of manslaughter in a March trial. Ken Morrow, his attorney, contended the killing was manslaughter, not murder, because Crespin experienced extreme emotional disturbance at the time of the killing.

On June 6 Crespin chased Perez through east Hermiston before shooting him three times with a .22 caliber revolver at Southeast Second and Highway 395.

Perez, who was involved with Crespin’s wife, Darla, had been living with the Crespins at their East Newport home.

2) Stafford Hansell, innovative farmer and respected statesman, died at his home in Boardman Friday of cancer. He was 81.

A native of Athena, Hansell and his brother, William, purchased the town of Ordnance near the Umatilla Army Depot and established what would be by 1960 the largest hog farm in the free world. The use of buildings intended for humans led to innovations that assured the brothers’ success.

He is better known throughout Oregon as a public servant of the highest integrity.

An explosive fire in Stanfield Monday afternoon destroyed the trailer home of Mr. and Mrs. Joseph Gaustad and their six children.

The fire started about 4:22 p.m. when three of the Gaustad boys were in the home with a jug of gas for the lawn mower.

Fire Chief Jim Nyman said some of the gas apparently spilled and ran under the gas stove where it was ignited by the pilot light.

The three youths immediately ran out of the trailer before the explosion occurred and none were injured.

The intense heat destroyed the trailer home in about eight minutes, the time it took to put the fire out, according to Chief Nyman. The 55-foot mobile home was a total loss, including all the furniture and most of the family’s clothing.

V-E day came to Hermiston in a quiet and subdued manner. Very little hilarity was shown — so many families still having sons, husbands, or brothers in the service who either now are fighting the Japanese in the Pacific or perhaps may be transferred to the Pacific with their fighting in Germany at an end. As was general in most communities located near war industries, Hermiston business houses remained open, with only the beer parlors and other unessential business houses closing their doors.

Hermiston schools continued classes with appropriate program touching on the significance of the day were held.

2) Mr. and Mrs. Vern Daugherty probably were the happiest couple in Hermiston on V-E day Tuesday. In addition to receiving word that hostilities had ceased in Germany, they were in receipt of a letter from their son who has been a prisoner in Germany for many months:

“Well I am a little closer to home now. Rode in a plane from Germany to France. Am now waiting for transportation to get to the States. It won’t be long now. Should be home on furlough in about a month. I hope!

“It sure is nice to be a free man again. Am getting plenty to eat now. That is also swell. Had my first bath and new clean clothes in two and a half months last night. What a relief. No more lice now. Well, I will write again in a few days. There isn’t any use in answering back because I probably won’t get any return mail. Hope you are well and happy. See you soon.”

Tuesday evening of this week, Harry M. Straw had the misfortune of having his Ford car partially burned. After filling the gasoline tank at the Hermiston Auto Company’s gasoline station, Mr. Straw noticed sparks issuing from the gasoline tank and before he could summon assistance the car was afire.

With the combined efforts of the garage men and several passerby the car was shoved away from the building into the middle of the street, where, with the aid of shovels and sand, the fire was subdued. The footboard and cushions on front and rear seats were badly burned, the damage estimated to be about $40.