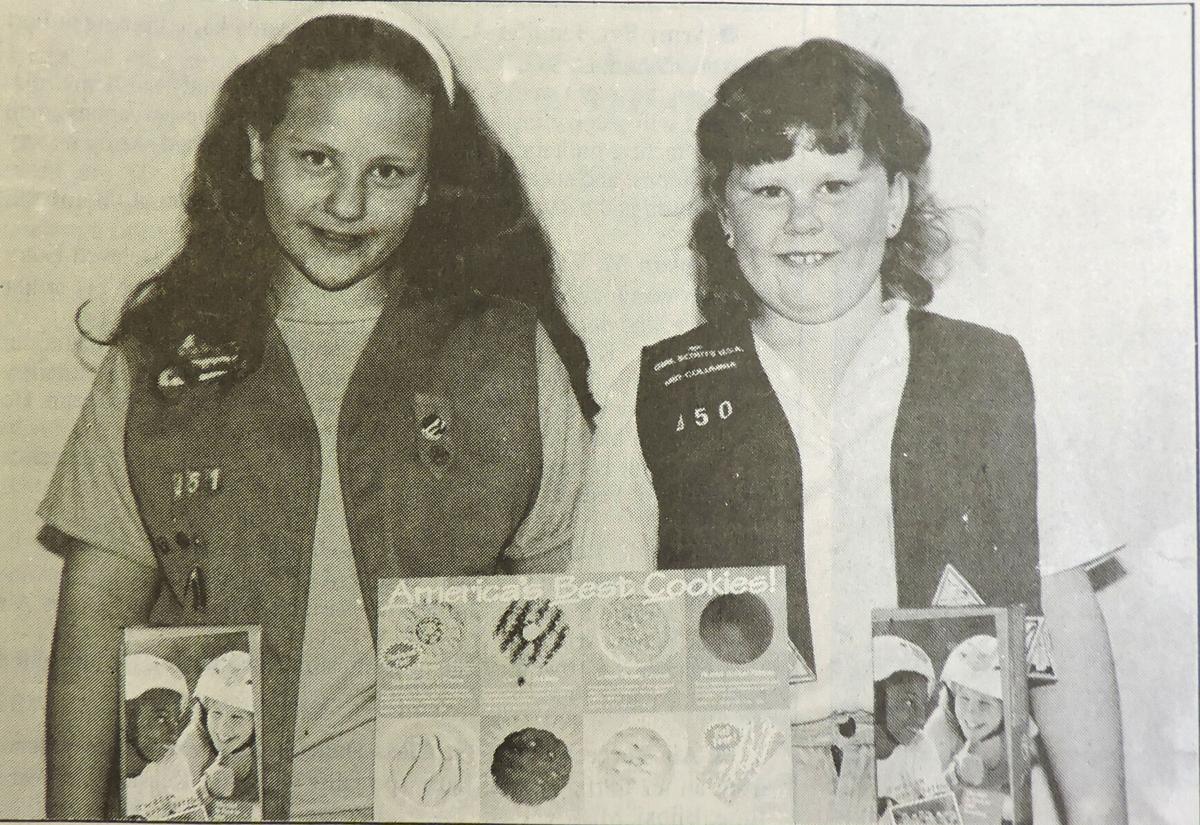 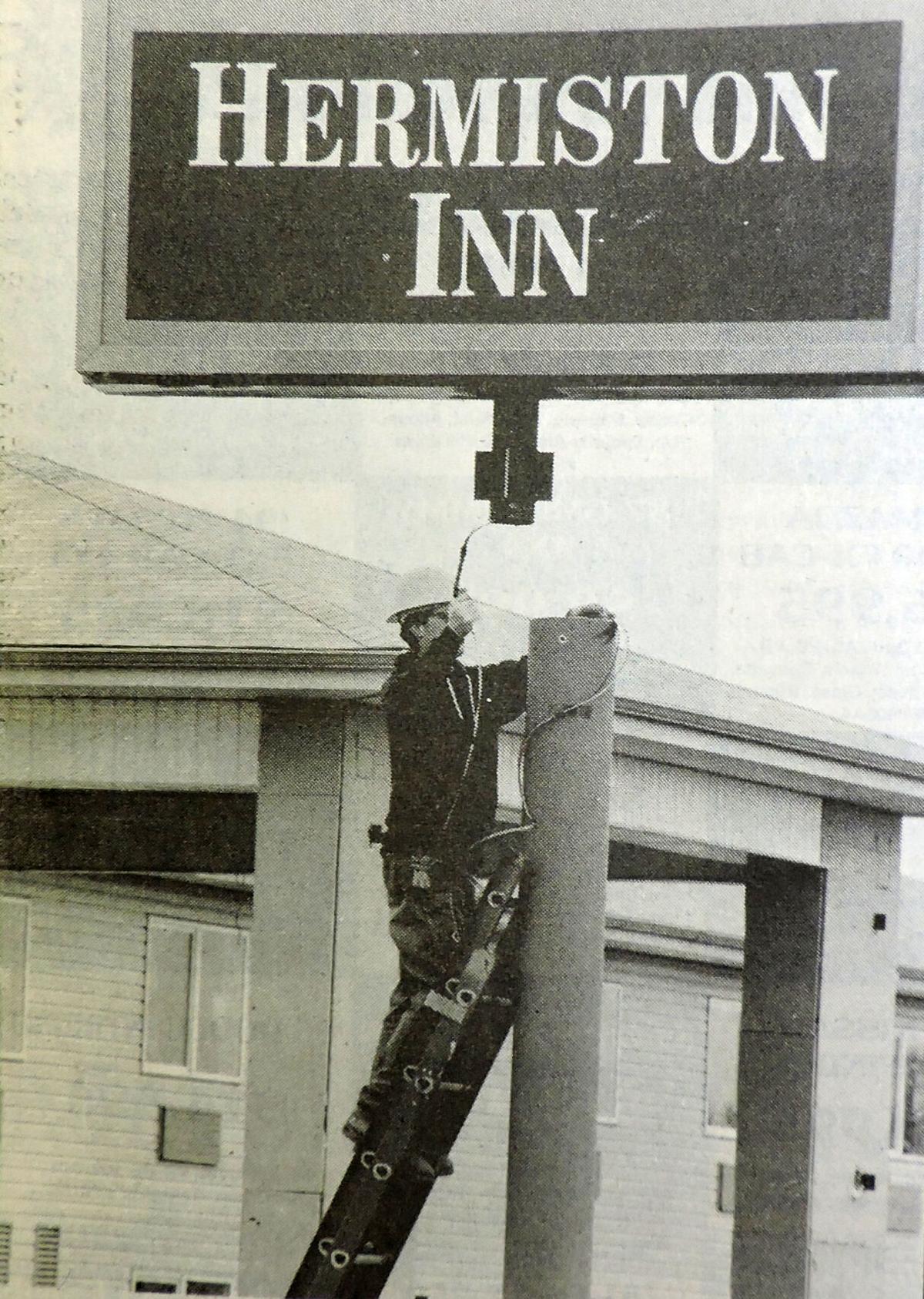 A worker puts up the sign at the new Best Western in Hermiston in 1996. 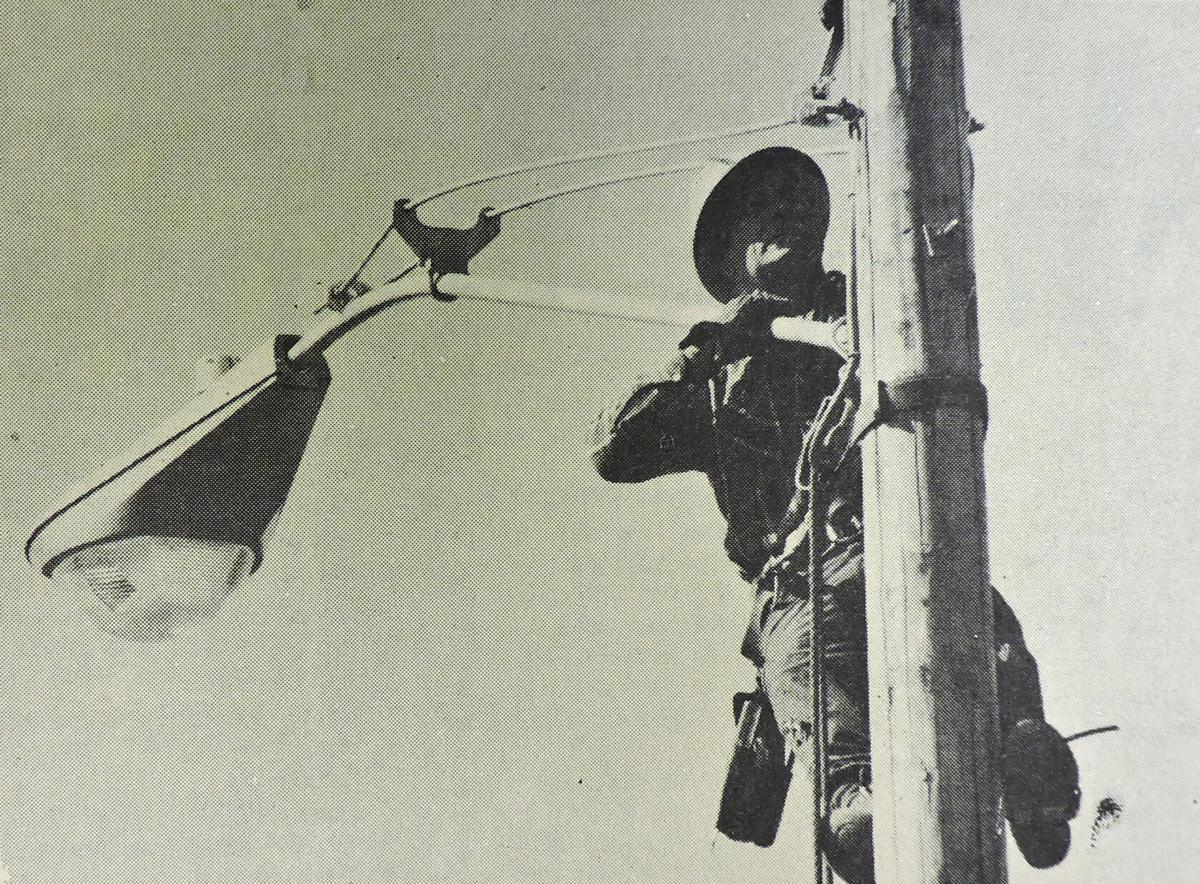 A worker puts up the sign at the new Best Western in Hermiston in 1996.

After August, the City of Hermiston will no longer operate the Community Recreation Center.

City councilors Monday approved a lease for the building with the ARC of Umatilla County. The lease will run on a yearly basis for the fee of $1 each year, beginning in August. The organization will pay for all utility and maintenance costs of the structure.

2) With the business sections of Hermiston spreading like wildfire, another motel complex rented its first room Friday.

They began the motel construction project, their second in Oregon, October 1995.

No progress appears to have been made in the dispute between the Hermiston Safeway store and striking members of Retail Clerks Local 1612.

The strike began April 1 in Hermiston and Pendleton and has spread to Baker, La Grande and Enterprise.

Burton Sivey, business agent for the union in Pendleton, said grocery store clerks are protesting their wages, said to be 40 to 50 cents lower than those of Safeway employees in the Tri-Cities, Wash., and the absence of plans for health and welfare, dental care and prescription drugs, all of which Safeway stores in the Tri-Cities reportedly have.

Lockouts have resulted in other grocery stores in the Hermiston area. Hermiston IGA Foodliner, Stewart’s in Hermiston and Mead’s Thriftway in Umatilla have locked out union clerks.

Management is being represented by Portland attorney Mike Hudson, who was unavailable for comment as The Herald went to press.

Magpie hunters, the contest is now on. Get busy and earn yourself a prize by bagging some of the following predatory animals and birds. The program will be handled on this system: Old coyote 50 points, young coyote 25, old skunks 15, young skunks 10, old weasels 25, young weasels 15. Old magpies, crows, ravens and hawks are 5 points; young magpies, crows, ravens, hawks and eggs, 1 point each.

Number and kind of prizes will be published in the near future.

The High School will give an entertainment in the Play House Friday night, April 8th, as a fitting climax to a hard day’s work for our volunteers who will clean up the city.

The children have prepared an excellent program consisting of a two act farce, vaudeville numbers and instrumental, and a good quartette. The evening’s entertainment will be well worth the price of admission and the funds are going to help the student body get out of debt. Come on along and help the children clear up their debts and see a good evening’s entertainment as well. Show starts at 8:00 sharp.

2) Postmaster Skinner is quite elated over the showing the Hermiston post office has made during the last year. The growth of the office here has been a steady one, and is a good indication of the prosperity of the community and shows the steady increase in trade and growth of the town.

Mr. Skinner says that if the next two years show as good a growth as 1920 did, the office will automatically be put in second class.