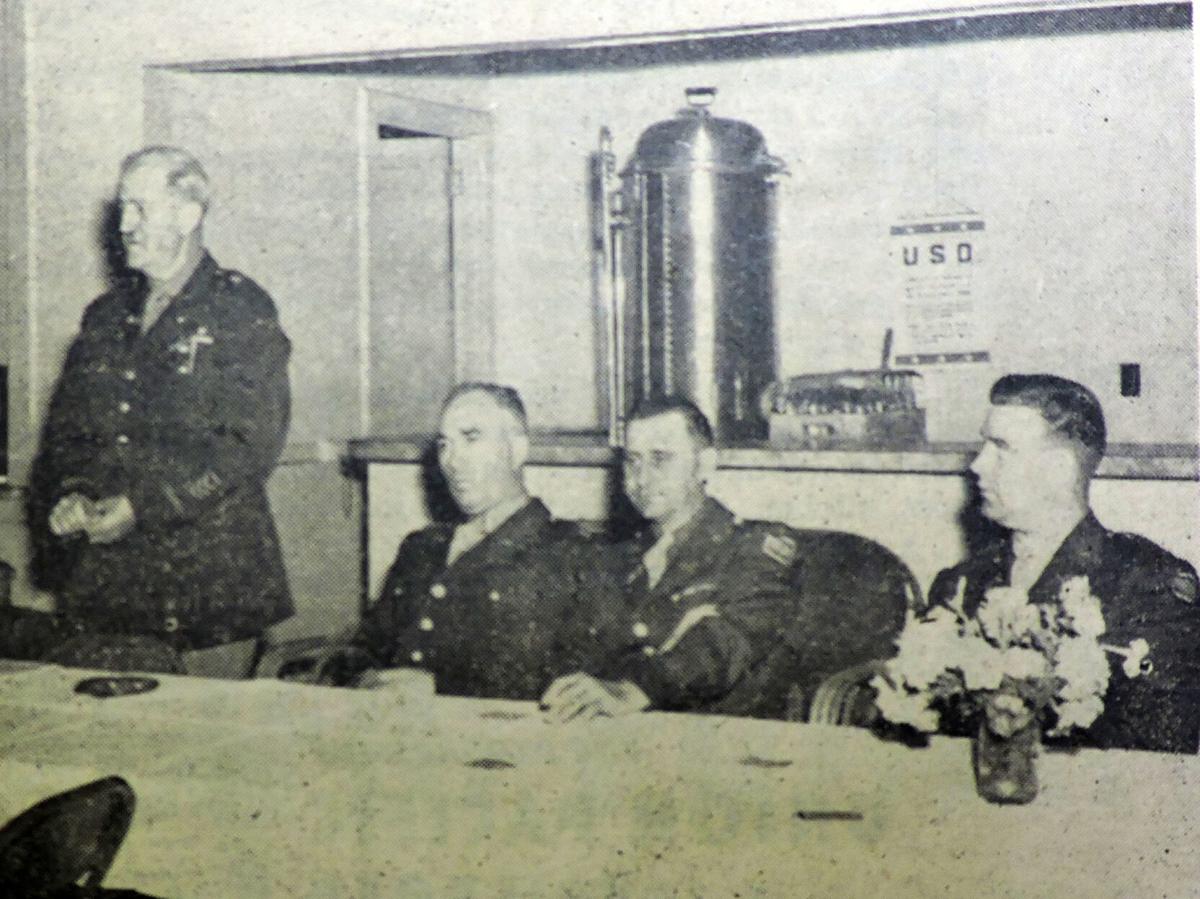 Adjutant General Olson, left, is shown addressing the Hermiston Chamber of Commerce in 1945. 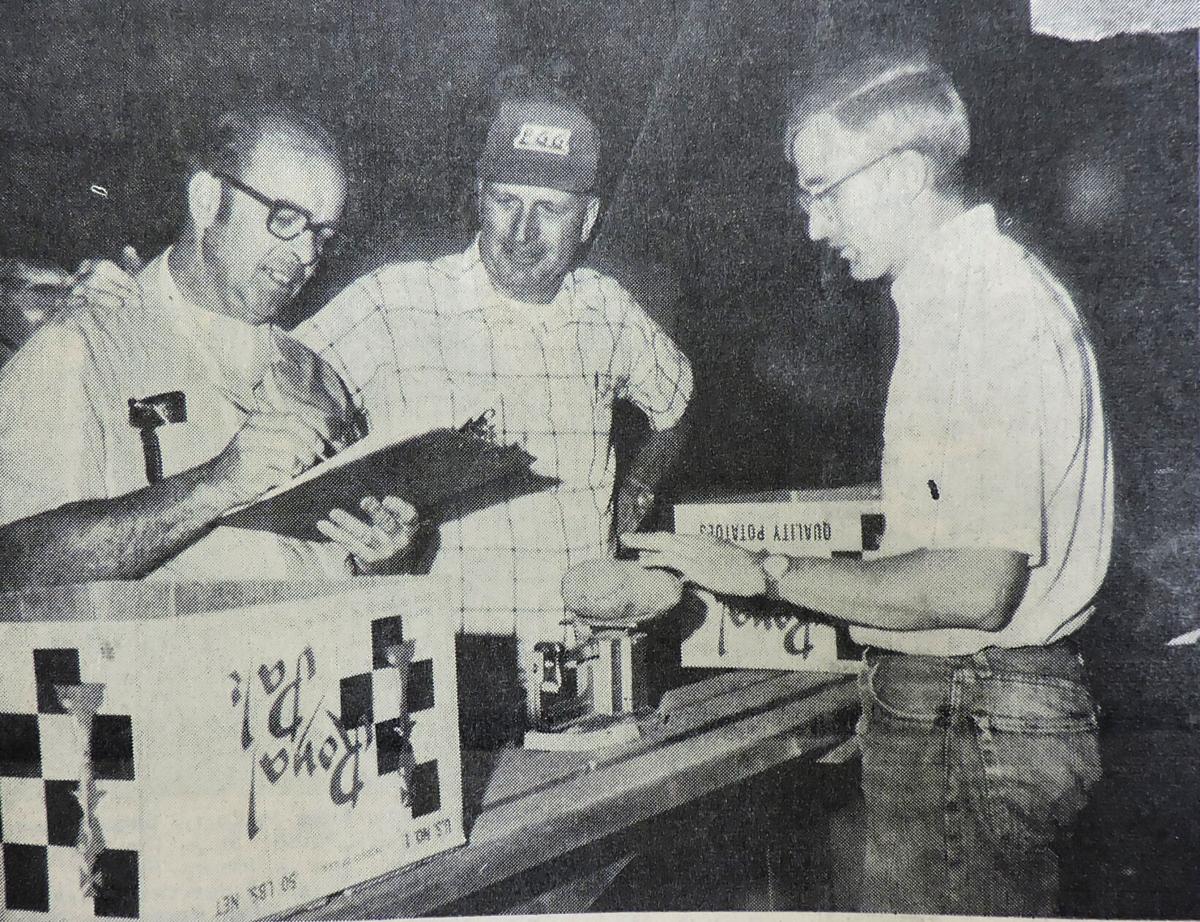 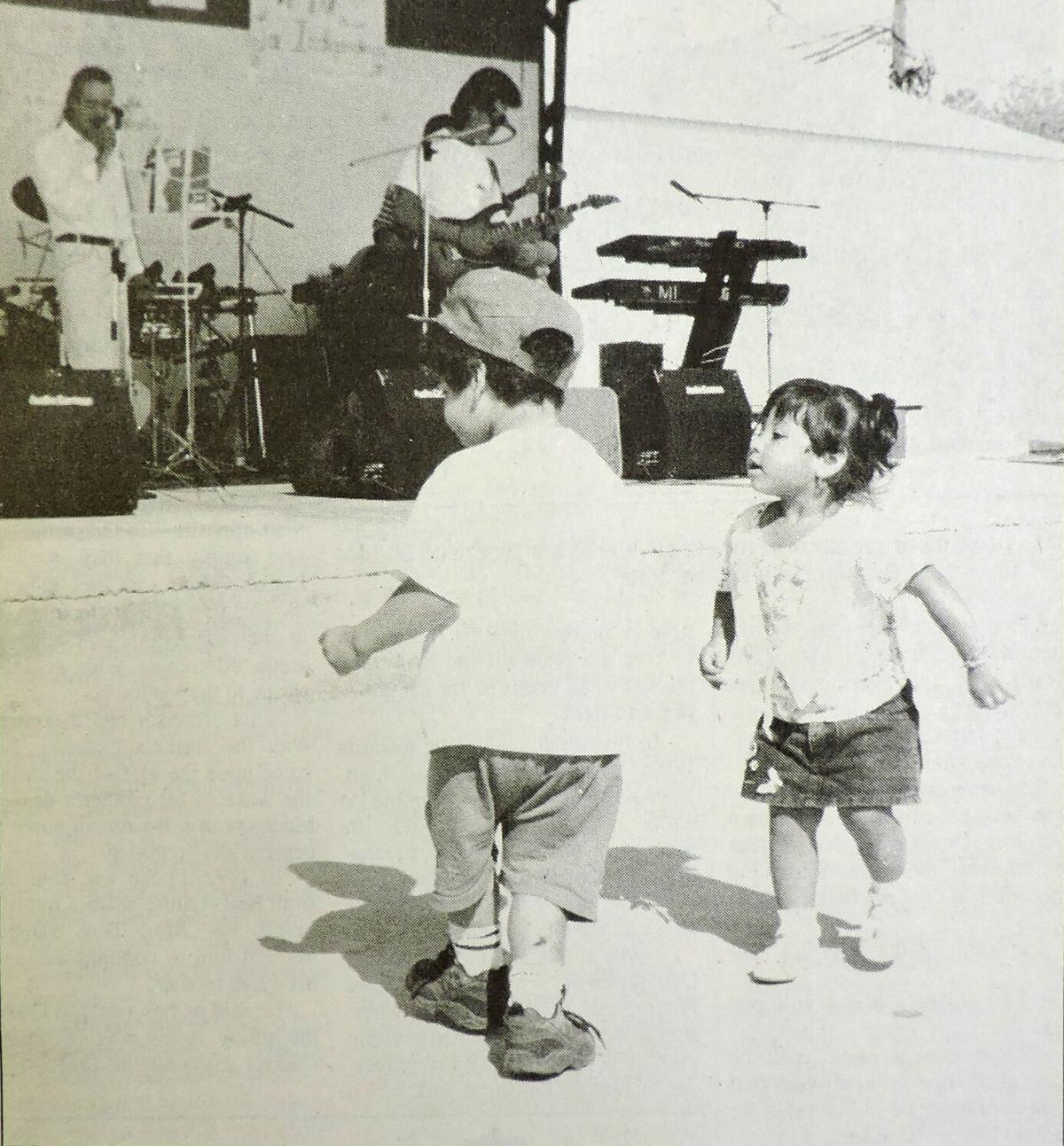 Christian Martinez, 3, and Mayra Bedolla, 2, had the honor of being the first couple on the dance floor during a celebration of Mexican Independence Day on the Umatilla County Fairgrounds in 1995.

Adjutant General Olson, left, is shown addressing the Hermiston Chamber of Commerce in 1945.

Christian Martinez, 3, and Mayra Bedolla, 2, had the honor of being the first couple on the dance floor during a celebration of Mexican Independence Day on the Umatilla County Fairgrounds in 1995.

Two men and six juveniles were arrested on riot and weapons charges in connection with an altercation in Hodge Park on Monday afternoon.

Adam Cole, 18, of Hermiston and Julio Mosqueda, 18, of Boardman were among those involved in a fight police believe to be gang related. Police believe several of the participants are documented gang members or gang affiliates.

Police confiscated tire irons, claw hammers, a pellet pistol and a knife with a seven-inch blade following the fracas.

The railroad could choose a site as early as next month, Bromley said.

“Hinkle is being considered a major candidate,” he said.

A meeting on the prospects of nuclear power plants in Eastern Oregon, held here Sept. 10, revealed general agreement that such plants would not be dangerous and that the warm water emitted by them would be ideal for irrigation.

The meeting, attended by more than 50 persons from all levels of government, was of the Nuclear Siting Subcommittee of the Columbia Blue Mountain Resources Development and Conservation District.

Larry Wilkinson, Oregon state nuclear coordinator, was the principal speaker. He said prospects are good, not only for at least one nuclear plant in Eastern Oregon in this decade, but for several in this century. He observed, “a projected need for 20 more thermal plants in this century, possibly 30, divided between Washington’s and Oregon’s eastern and western sections.”

Wilkinson’s only complaint was that Oregon has lagged in the irrigation development which he said is needed for the “natural mating” with reactors.

“This is an anxious period as we decide where to place the plants and it won’t be settled overnight,” he said.

Some questions regarding the unit are answered as follows:

Q: What is the object of this survey?

A: To find unknown cases of chest ailments, particularly tuberculosis in the well population.

Q: Who pays for this service?

Q: How long does it take?

A: Less than one minute.

Q: Who should have the examination?

Q: Will children be served?

A: Yes, children over six accompanied by an adult who will also have an X-ray.

The first death in the McElroy family for 43 years occurred last Saturday when William E. McElroy, an old Civil War veteran, answered his last roll call and received his final discharge from earthly service at 11:20 p.m. at the home of his son, C.H. McElroy. He had been ill there since attending Decoration Day services last June.

Comrade McElroy was born in Tennessee, May 8, 1843. After several changes of residence he came to Hermiston four years ago. He had an excellent military record, serving in the Civil War from June 1861 to July 1865, first in the Home Guard and then in Co. K, 12th Kansas Infantry, finally in the 7th Missouri Cavalry.

From all of these branches of service he held honorable discharges. Besides many skirmishes he was in the noted battles: Lone Jack, Cameron, Wilson Creek and Jenkins Ferry, all in Missouri. In the last of these battles Mr. McElroy fought 17 days on half rations and four of the days he was without food.

2) No price boosting or profiteering at the expense of visitors to the Pendleton Round-Up is to be countenanced by the Pendleton Commercial Associations. This body, comprising virtually all business men in the city, at its last meeting drafted resolutions censuring any persons who take advantage of the forthcoming event, Sept. 23-25, to boost prices. In the past the few complaints heard from visitors have been against out-of-town, fly-by-night vendors who make all state fairs and carnivals.