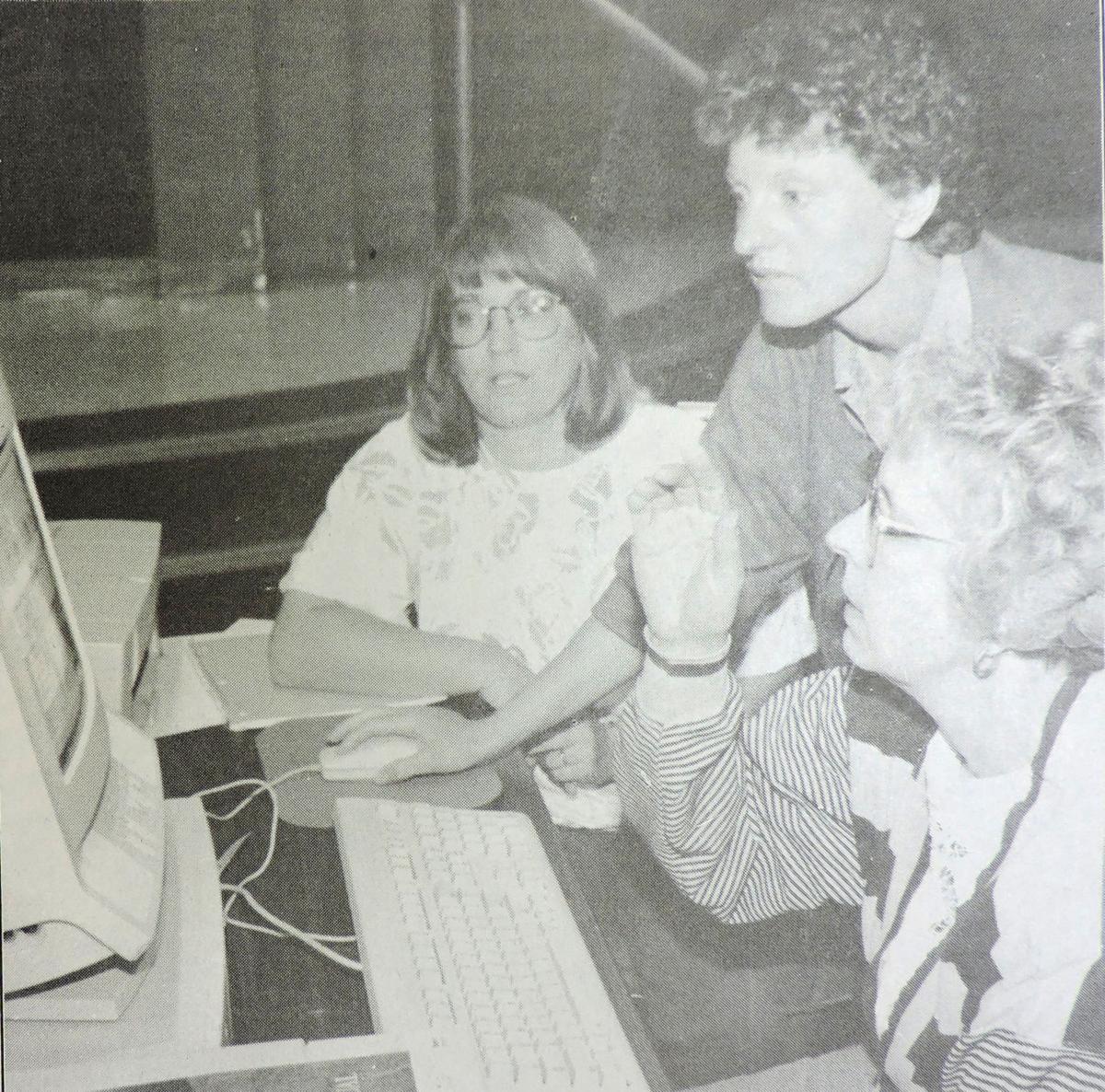 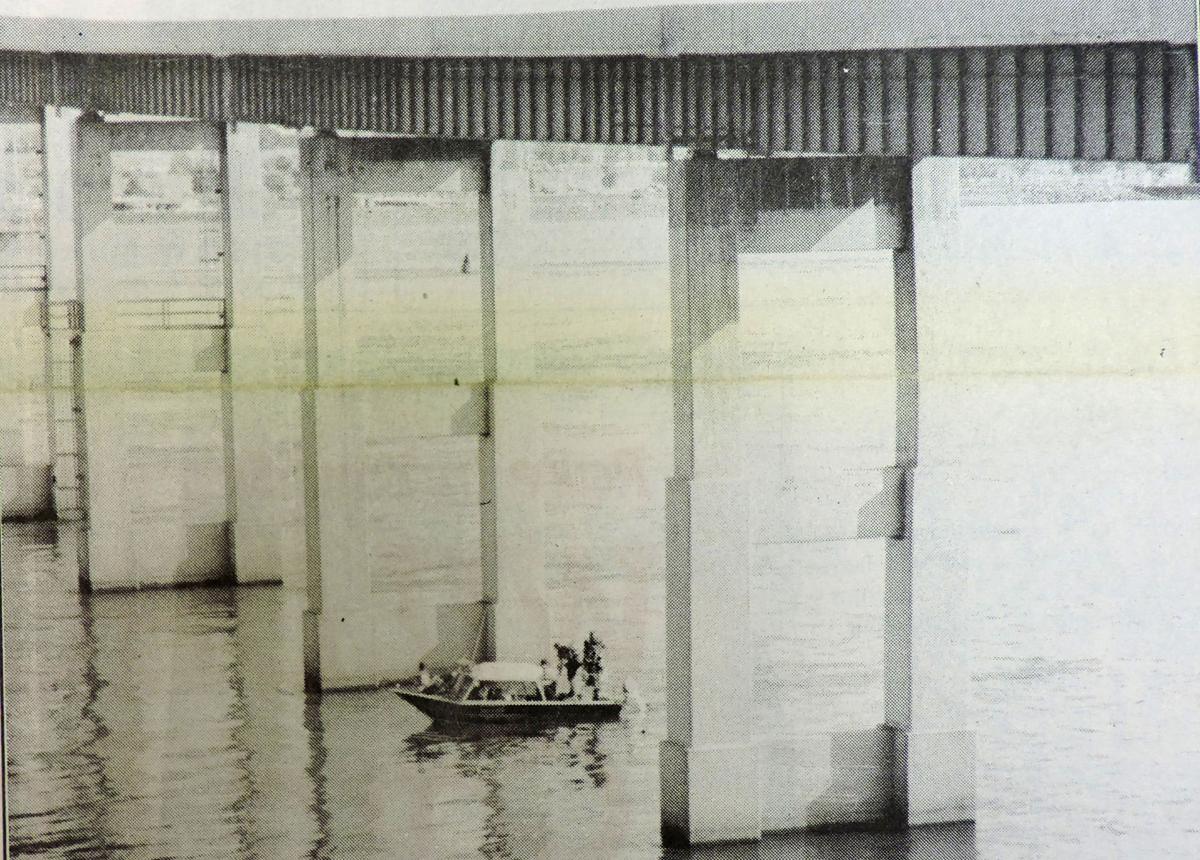 Marine deputies search for the body of a 30-year-old man who drowned after he and a friend decided to jump off of the Interstate 82 bridge across the Columbia River to beat the heat in July 1995. 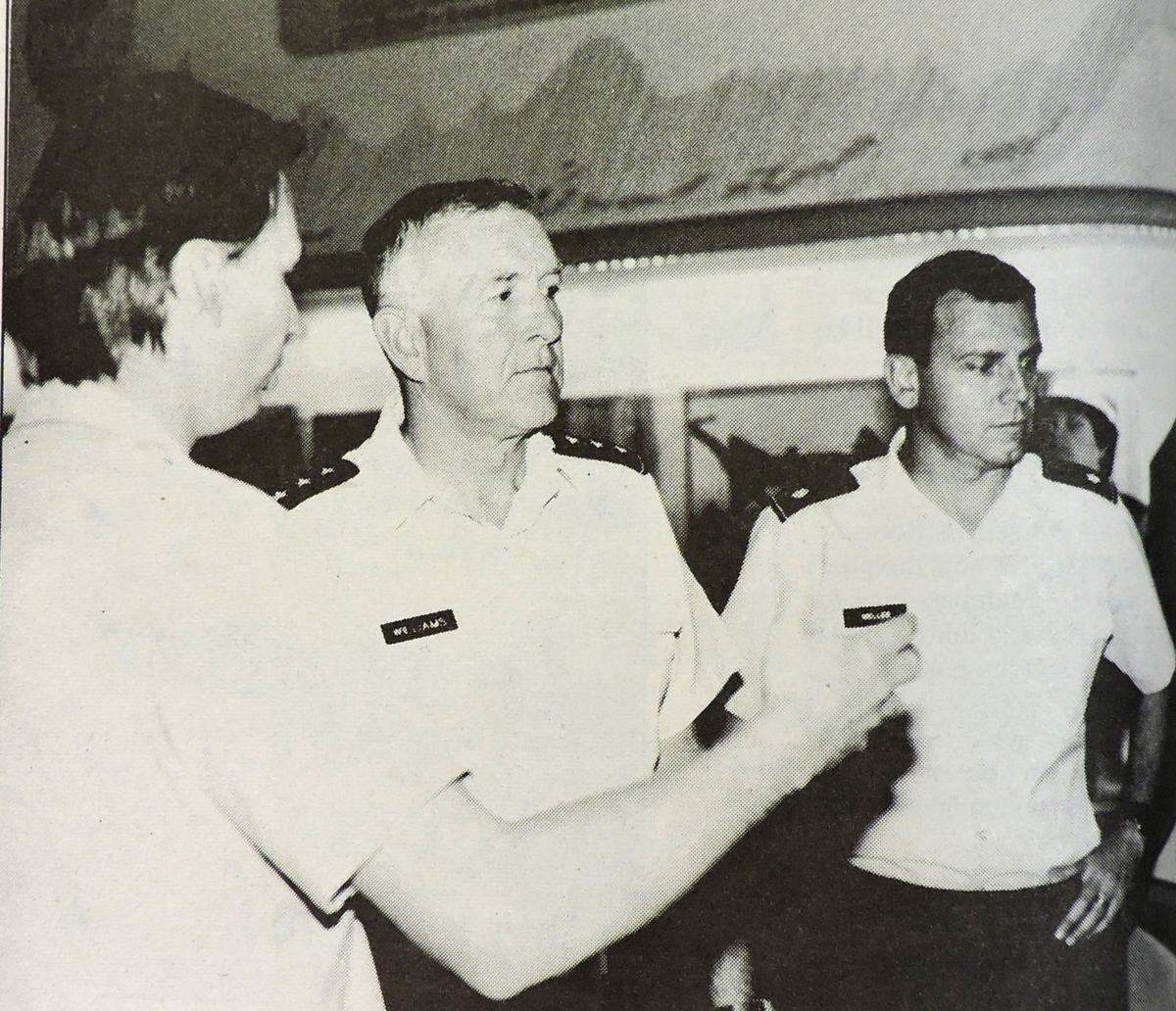 Officials with the U.S. Army Corps of Engineers visit McNary Dam in July 1995.

Marine deputies search for the body of a 30-year-old man who drowned after he and a friend decided to jump off of the Interstate 82 bridge across the Columbia River to beat the heat in July 1995.

Officials with the U.S. Army Corps of Engineers visit McNary Dam in July 1995.

Aided by high winds, a brush fire Sunday spread to within feet of homes in the Alora Heights subdivision before they were brought under control by Hermiston, Umatilla and Stanfield fire crews.

The fire charred about 100 acres of land between Highway 395 and the subdivision on Theater Lane.

Fire officials said children playing with fireworks at a home near Long John’s Trading Post on Highway 395 started the blaze.

2) Morrow County officials want a 150-bed regional jail along its share of the Interstate 84 freeway.

Morrow County is part of a five-county coalition attempting to grab a piece of the $59 million state-funded pie dedicated to county jails to build the Northern Oregon Regional Correctional Facility.

Representatives to the coalition met last week in Boardman to discuss possible sites and plan strategy for securing funding.

Union barbers of local 754, covering this area, have voted to increase the cost of haircuts to all but senior citizens, 65 years and older.

Adult haircuts will increase to $2.50 and for children 4 and under $2.25, except on Saturday when all haircuts will be $2.50. The new prices was in effect starting Tuesday, June 30.

The barbers voted to keep haircut prices for retired or senior citizens at $2.25 because most are living on a fixed income, while working men receive periodic raises in pay.

As a “critical” area, Umatilla County will receive a share of the 102 trucks just released by the army at Camp White, Medford, and allocated to agriculture under a new plan to give farmers first chance at surplus military equipment. Five other Oregon wheat producing counties are included in the area.

Over half of the 102 trucks in the first group allocated are 1941 and 1942 model convention-type 1.5 ton trucks with flat beds and stake racks.

2) Fire destroyed the M.R. Pomeroy home seven miles east of Hermiston in the Columbia district last Friday morning about 8 o’clock with total loss of the residence and contents. The flames spread so fast through the building that it was almost consumed before the alarm for the Hermiston volunteer fire department was sounded.

Mr. Pomeroy was away from home at the time and Mrs. Pomeroy, daughter and son were in the barn milking. Definite cause of the fire has not been determined but it started in upper part of the building and a defective flue is blamed.

After it had been reported that President Woodrow Wilson failed to sign the water power bill recently passed by Congress, after 10 years delay over the matter, it now comes as a welcome surprise to the west to read that the president signed the measure before June 11 but for some unknown reason the public was not advised.

This action will open the way for great development in the west. It will open the way for electrification of railroads, irrigation projects, pulp and paper mills, etc. This bill will unlock great natural resources which for years have been withheld from public use through lack of workable legislation. The west has won one victor in its fight for industrial development.

2) The Shotwell Contracting company received a contract to gravel five miles of the Columbia highway last week. The section of the road that the Shotwell company will gravel is that portion just east of Echo. Mr. Shotwell said he expects to complete the work by the first of August.

The road is in very bad condition between Echo and Pendleton and it is gratifying to see that a local firm gets the contract to gravel this part of the road that needs repairing the most.