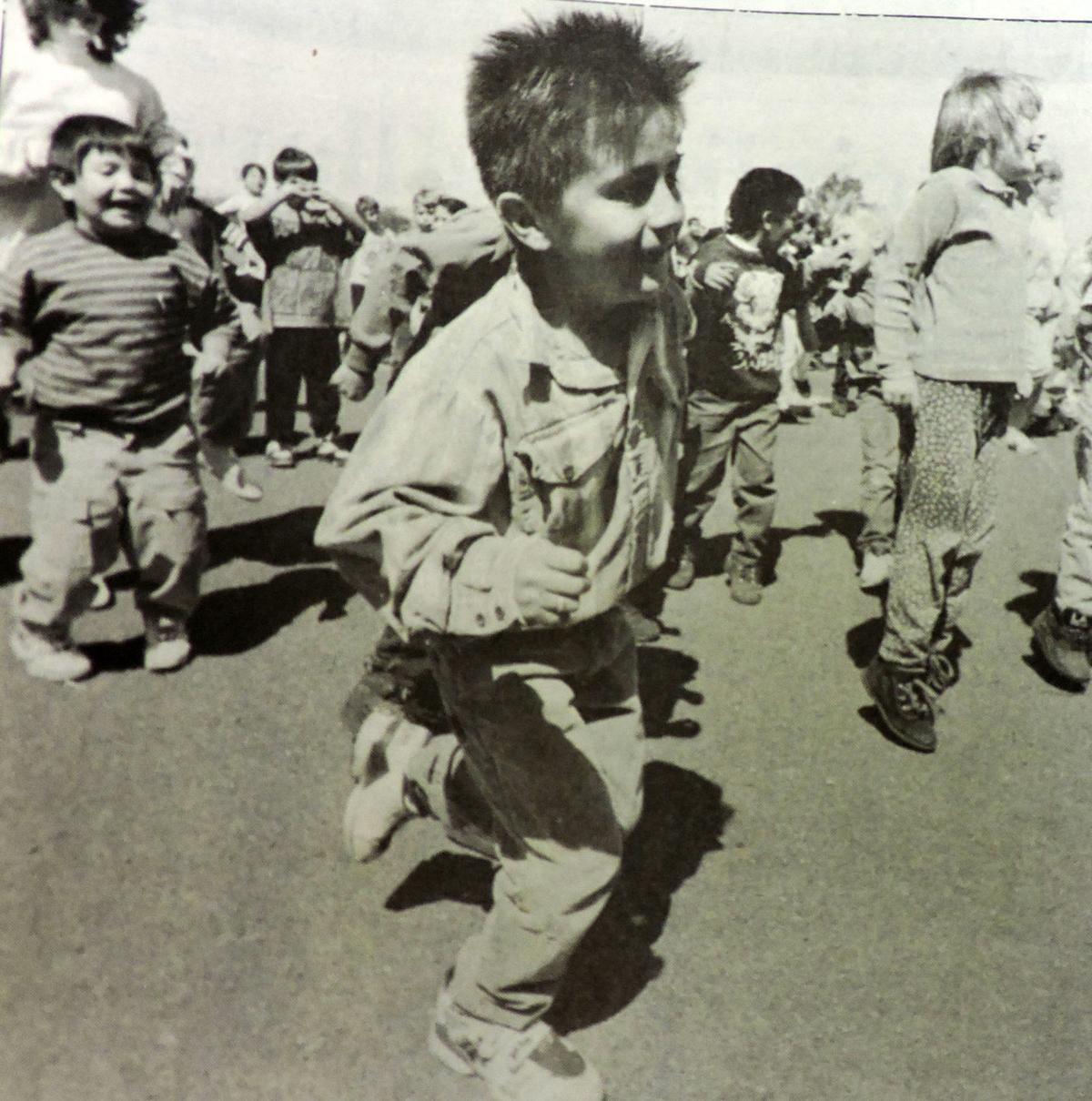 Michael Navarrete dances to the beat at Highland Hills Elementary School’s Fun in the Sun dance activity in 1995. 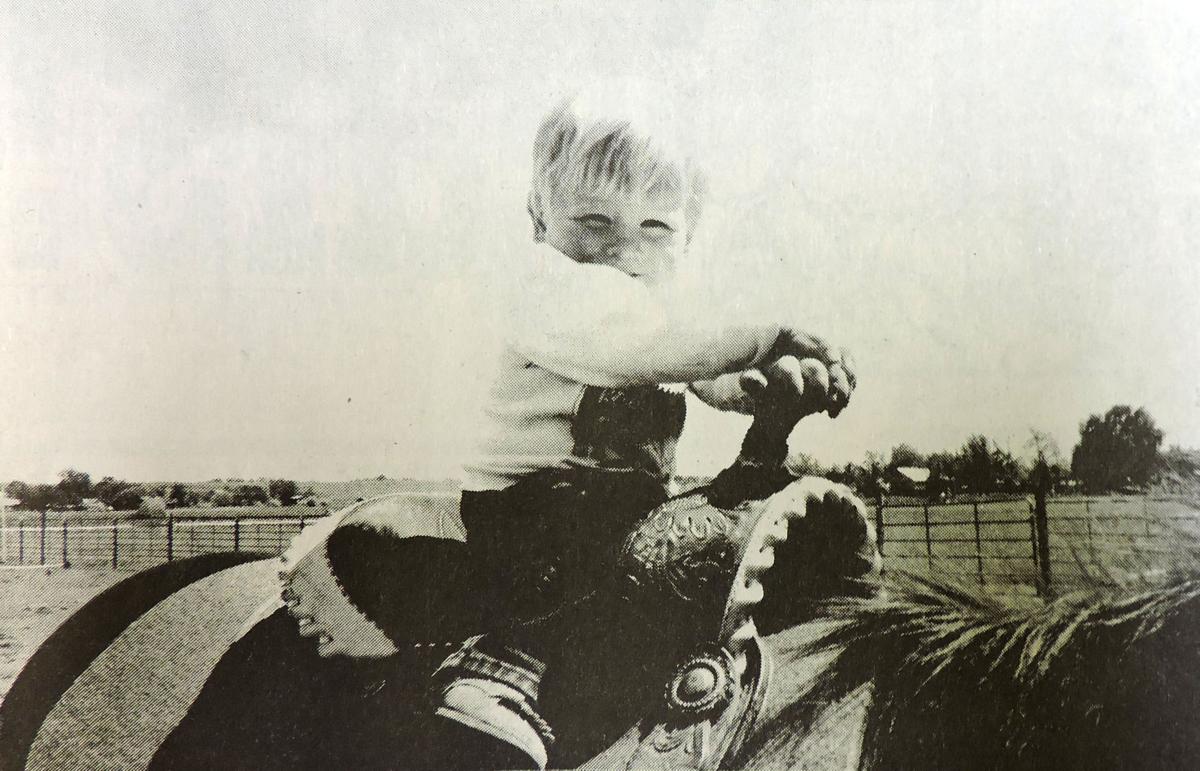 Zane Davis, 1, rides a horse with his family outside Hermiston in 1995.

Michael Navarrete dances to the beat at Highland Hills Elementary School’s Fun in the Sun dance activity in 1995.

Zane Davis, 1, rides a horse with his family outside Hermiston in 1995.

Those wanting to cross the Umatilla River at Punkin Center Road will still have to get wet in the process.

In response to substantial negative reaction to the idea of a bridge across the river connecting East Punkin Center Road with West Country Lane, a county traffic study will decline to list it among its final recommendations.

Several property owners on Country Lane and Prindle Loop Road between the river and Powerline Road made a coordinated attack against the bridge idea.

Sheri Wadekamper said a bridge and subsequent use of Country Lane as a main route to Interstate 82 would have dire consequences for farming in the area.

More than 500 pair of cattle a week cross the road to get from feeding ground to feeding ground, she said. A road would eliminate those crossings, and provisions to allow the cattle to cross would be prohibitively expensive.

John Pimentel, 26; James Allen Hauner, 27; and Jason Boyd Broadfoot, 23, were each charged with unlawfully manufacturing explosives and reckless endangerment. Each were cited and released.

The three allegedly set off plastic garbage bags filled with a volatile oxygen-acetylene mixture near Southeast Fourth and Hurlburt.

An ordinance to regulate parking of trucks in the residential area of Hermiston was read at Monday night’s city council meeting, but after nearly a half hour discussion, it was decided to hold it over for more debate at the next meeting.

City attorney Rustin Brewer had prepared an ordinance which would have prohibited the parking of not only trucks but other vehicles such as house and boat trailers in streets, alongside houses or in driveways, but councilors indicated it was too stringent.

“The big problem is long time parking of big trucks in residential areas,” one councilman said.

It was pointed out that the city already has a traffic visibility ordinance which could apply in many cases, as well as a 72-hour parking maximum ordinance which Chief of Police Robert Shannon said is hard to enforce because if a car or truck owner merely moves the vehicle a few feet before the deadline, then he has another 72 hours to park.

Councilman Frank Harkenrider told the council that “we can’t keep these big rigs out, they bring money here.”

Mrs. Margaret Fraser this week received a telegram from the War department substantiating news received from fellow flyers last week that her son, Lt. Thomas G. Fraser, was a prisoner of war of the German government. Some time had elapsed since news was received that he was listed as “missing in action.”

The telegram received this week read: “The Sec. of War desires me to inform you that based on information received through International Red Cross, your son, Second Lt. Thomas G. Fraser, was a prisoner of war of the German government. Germany has been defeated. It is assumed that he was now been returned to military control.”

2) Alfred and Leander Quiring, co-publishers of The Herald, this week disposed of their interests to Mr. and Mrs. Dan Bartlett who will take possession June 1. The Bartletts have many years of experience in the newspaper field.

The sale was made due to the fact that Leander Quiring is leaving May 28 for the armed forces. Alfred Quiring will assist Mr. and Mrs. Bartlett in publishing The Herald.

This idea is enlarged with the filing of a suit the other day in the circuit court wherein an option given by Olive Lee and Viola Savage to O.T. Lathrop on a trade of Umatilla County wheat land for wheat land in Morrow County is asked set aside, charging the defendant and his agents, E.C. Lloyd and R.C. Lashley, with deceitful, fraudulent and mendacious dealing. The plaintiffs allege that they gave the option on their land worth $92,000 for land which they afterward discovered is worth but $26,420.