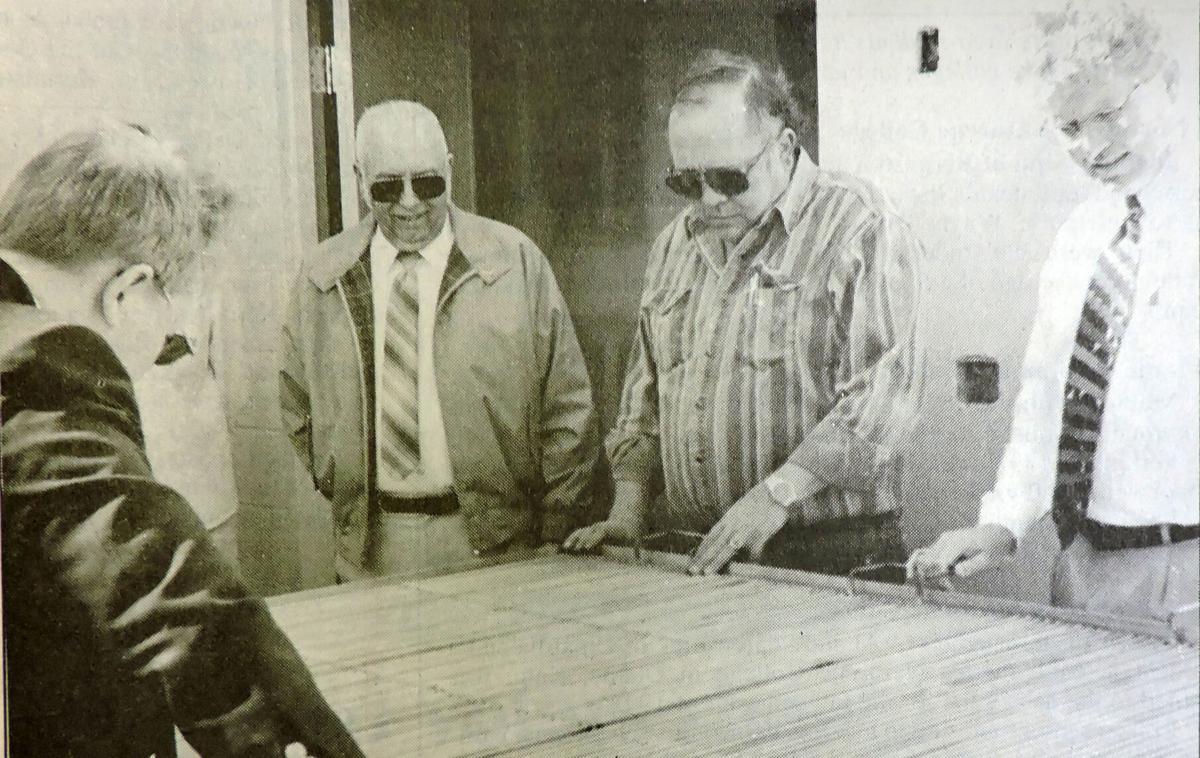 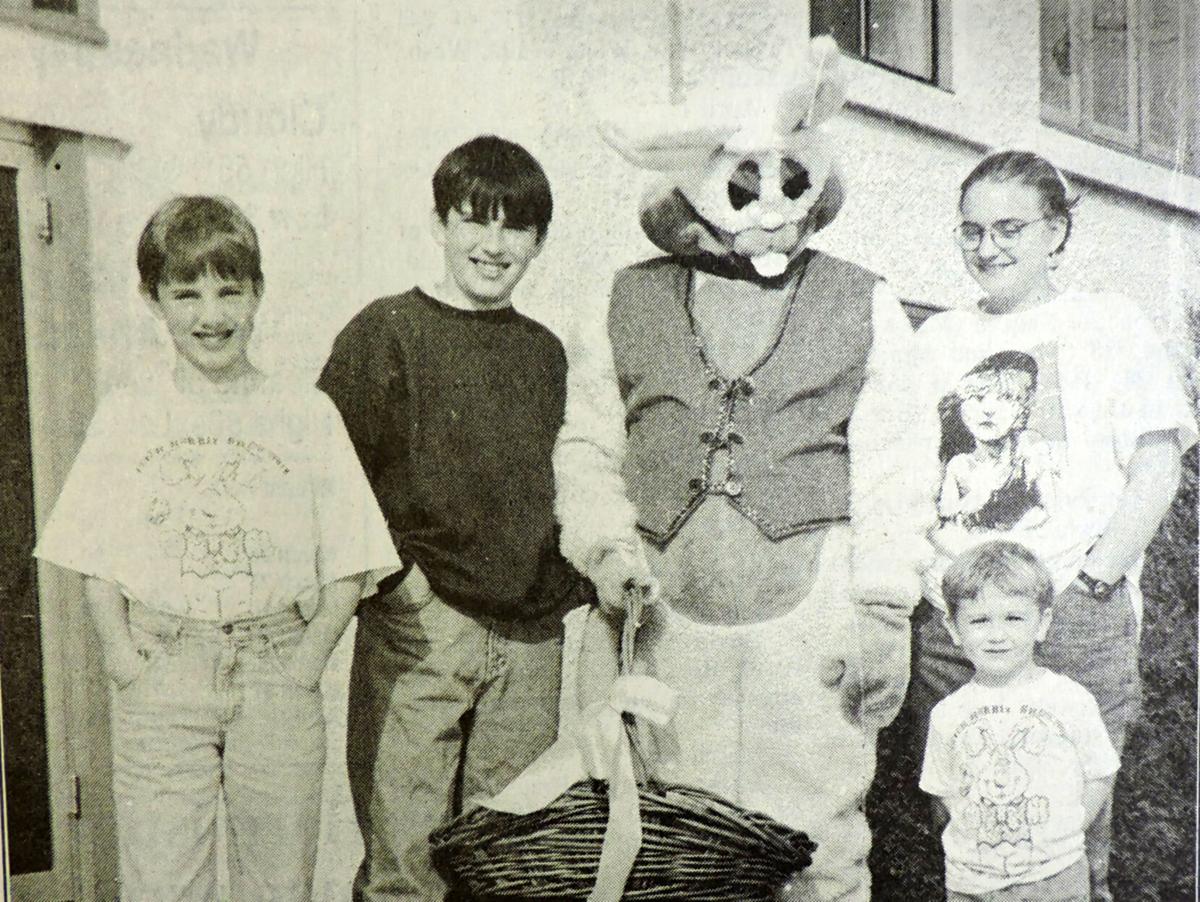 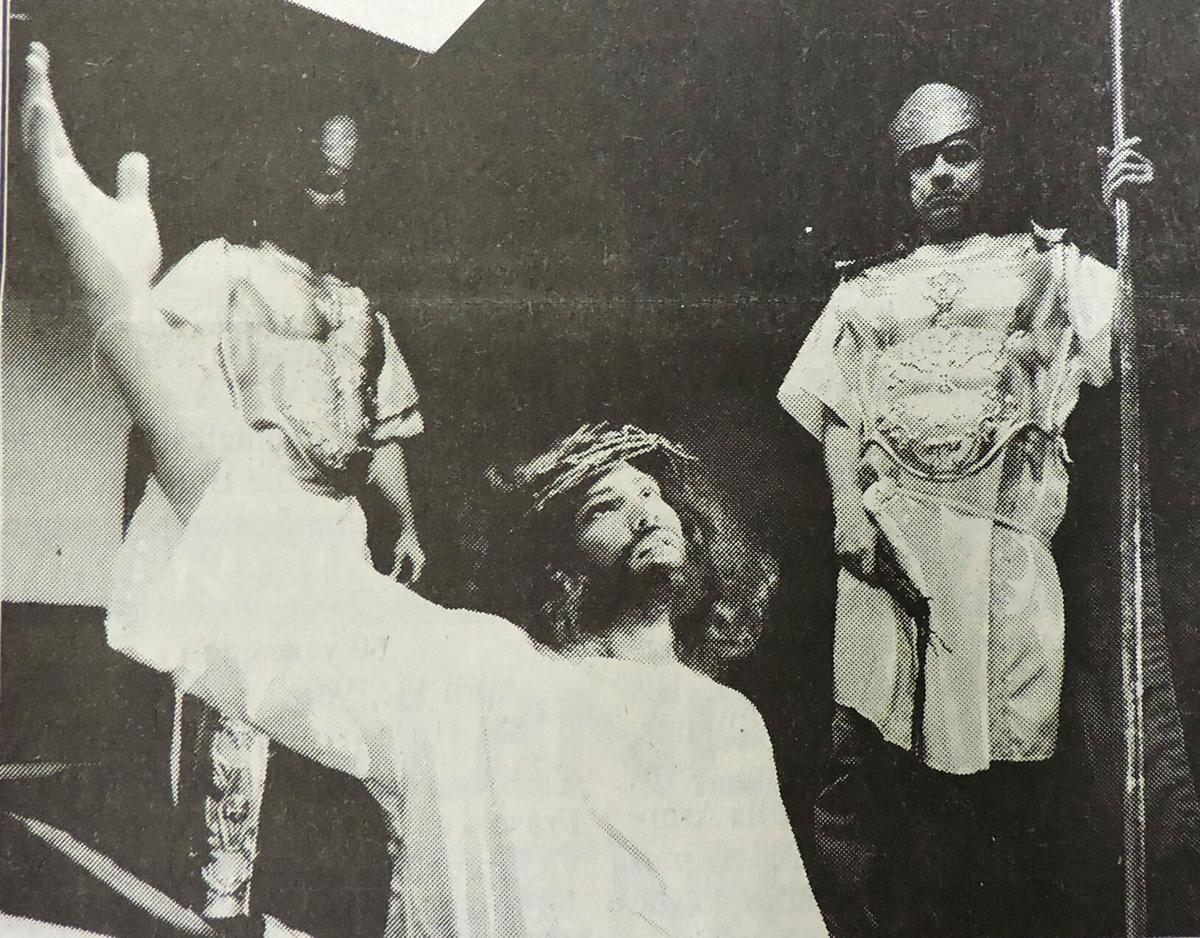 Thad White plays Jesus, flanked by Roman guards played by Bob Weems, left, and Rodney Lee in The Country Church’s production of “He is Risen” showing at Hermiston High School in 1996.

Thad White plays Jesus, flanked by Roman guards played by Bob Weems, left, and Rodney Lee in The Country Church’s production of “He is Risen” showing at Hermiston High School in 1996.

Repair work for the Hermiston School District’s swimming pool is on the agenda for tonight’s school board meeting. Bids for the repair work were supposed to be opened last month but new revenue projections prompted Superintendent Jer Pratton to postpone new spending.

The revenue projections showed the district losing nearly $1 million for the current year and the same for the next year. Pratton told the board at last month’s meeting that district officials needed extra time to examine the projections before they were ready to move forward with the pool repair.

The Hermiston swimming pool is suffering from disrepair. Leaks under the decking create problems all summer and result in large annual repair bills. District officials had originally planned on a major overhaul of the pool for this spring.

The Umatilla Speedway opened the 1971 season with good weather, many cars and a big, responsive crowd.

The Hobby Class put on a real exciting show in spite of a few cars that developed troubles and couldn’t compete.

Harvey Abkin of Kennewick, Wash., turned the Hobby Class fast time and won the trophy dash. Pat Johnston of Hermiston won the slow heat, Ron McKinstry of Heppner won the fast heat, and Steve Dickman of Richland, Wash., won the main event. The Figure Eights were fewer in number than last year but still gave the crowd plenty of thrills with collisions and roll-overs.

For the first time, cheese is being made in Umatilla County and the firm which holds this honor is the Umatilla Cooperative Creamery in Hermiston.

Don Cornwell of the Wallowa County at Enterprise and Ed McCabe of the dairy cooperative association in Portland are here this week to get the new operation started and help the local men learn the technique of cheese making.

The process starts with raw milk being piped into a 1,000 gallon tank and from there it goes through the pasteurizer, into a filter and back through the pasteurizer. It is then piped into a stainless steel tank which will hold 10,000 pounds of milk, and the rest of the process takes place in this tank, which has steam heated walls. The entire processing time from raw milk stage to completed cheese takes approximately four and a half hours. The first day the creamery turned out 30 “trips” or about 750 pounds of cheese.

Mr. C.P. Adams who lives a half mile south of town was sitting comfortably in his home Monday evening when some “music in the air” roused him from his reverie. It was the boys of the school band who had come to celebrate with him the sixty first anniversary of his birth.

The boys were given a hearty welcome by Mr. and Mrs. Adams and after a number of selections by the band, ice cream, cake and lemonade made their appearance to which the boys did ample justice, as a bunch of boys know so well how to do.

Mr. Adams is a musician of many years experience, having played in some of the best bands in the country years ago, and to show his appreciation of the work the boys are doing, he gave them a check which enrichened the treasury by $10.

2) Next Friday, April 8th is Clean-Up Day. Are you ready?

Clean-Up Day this year is going to be different from any clean-up we have ever had, and when the squads of workers get through the city is going to look like new. All are coming prepared with overalls and working tools to make good.

The good ladies of the Community Club will have a nice hot lunch for the busy workers, and the stores will only have one man in each store. This is done for the benefit of any customers who may not know that it is Clean-Up Day.