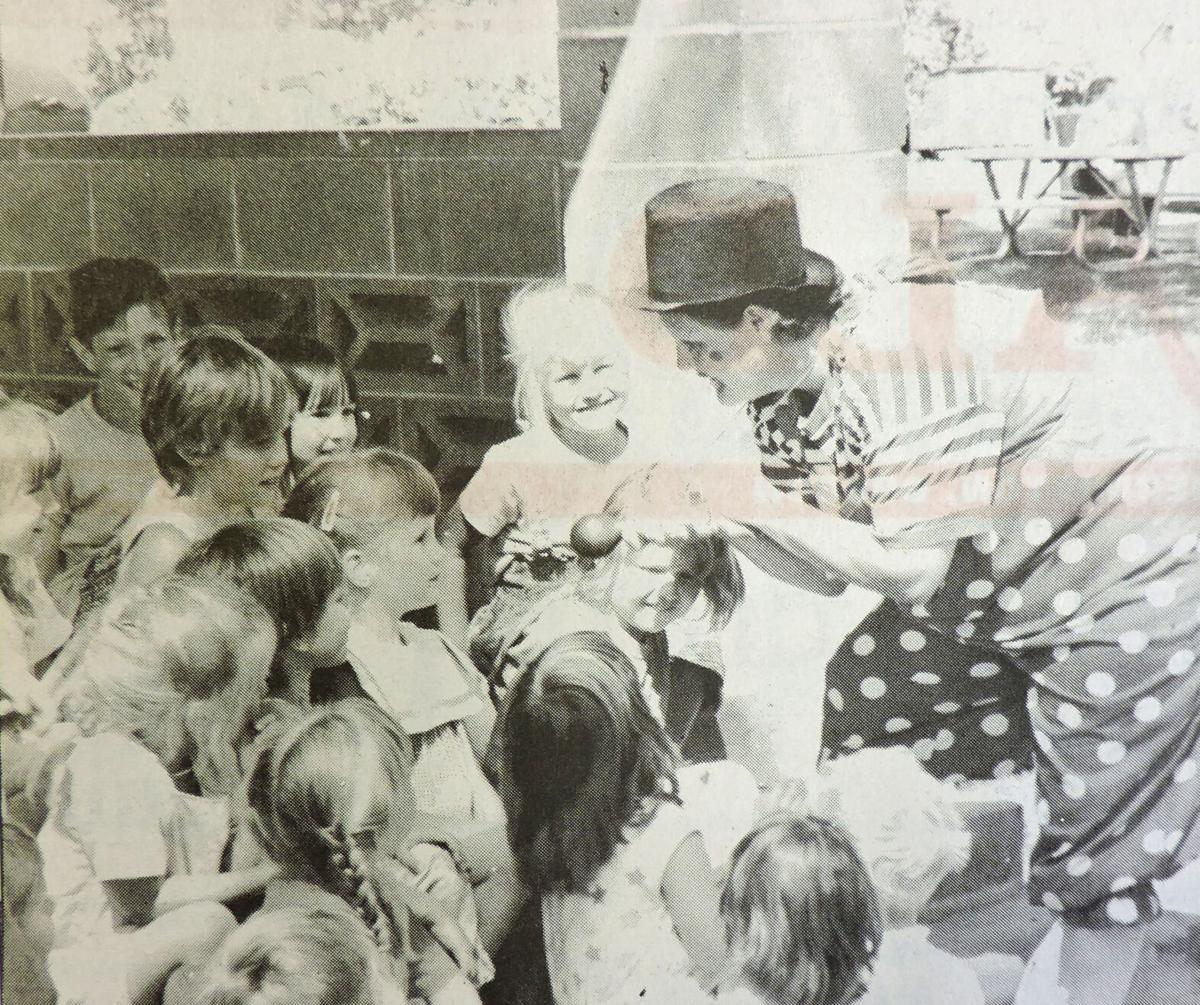 Dottie the Clown, aka Becky Hawes, entertains children at a Hermiston Parks and Recreation summer camp in 1995. 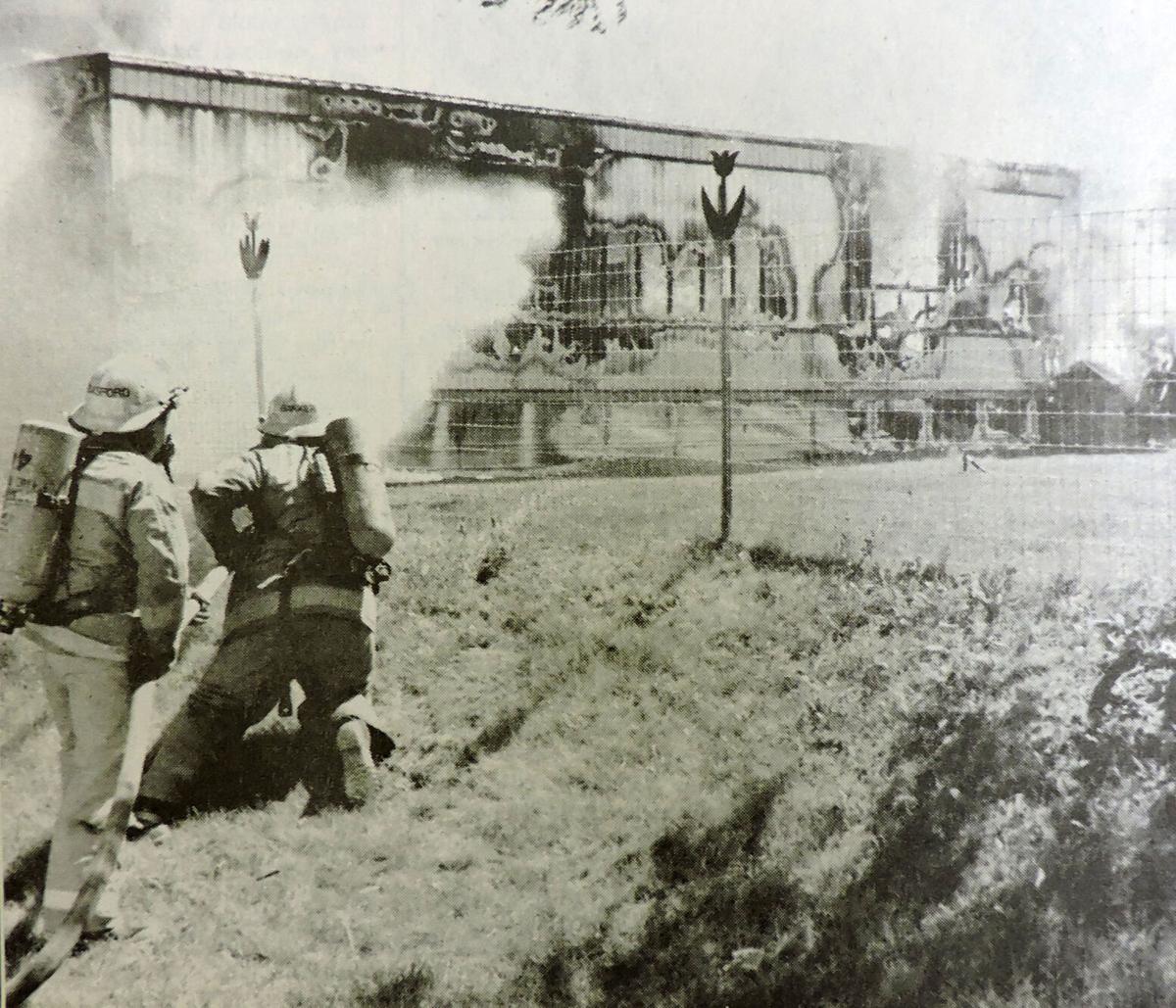 Firefighters work to put out a fire that destroyed four homes at Hat Rock State Park in 1995. 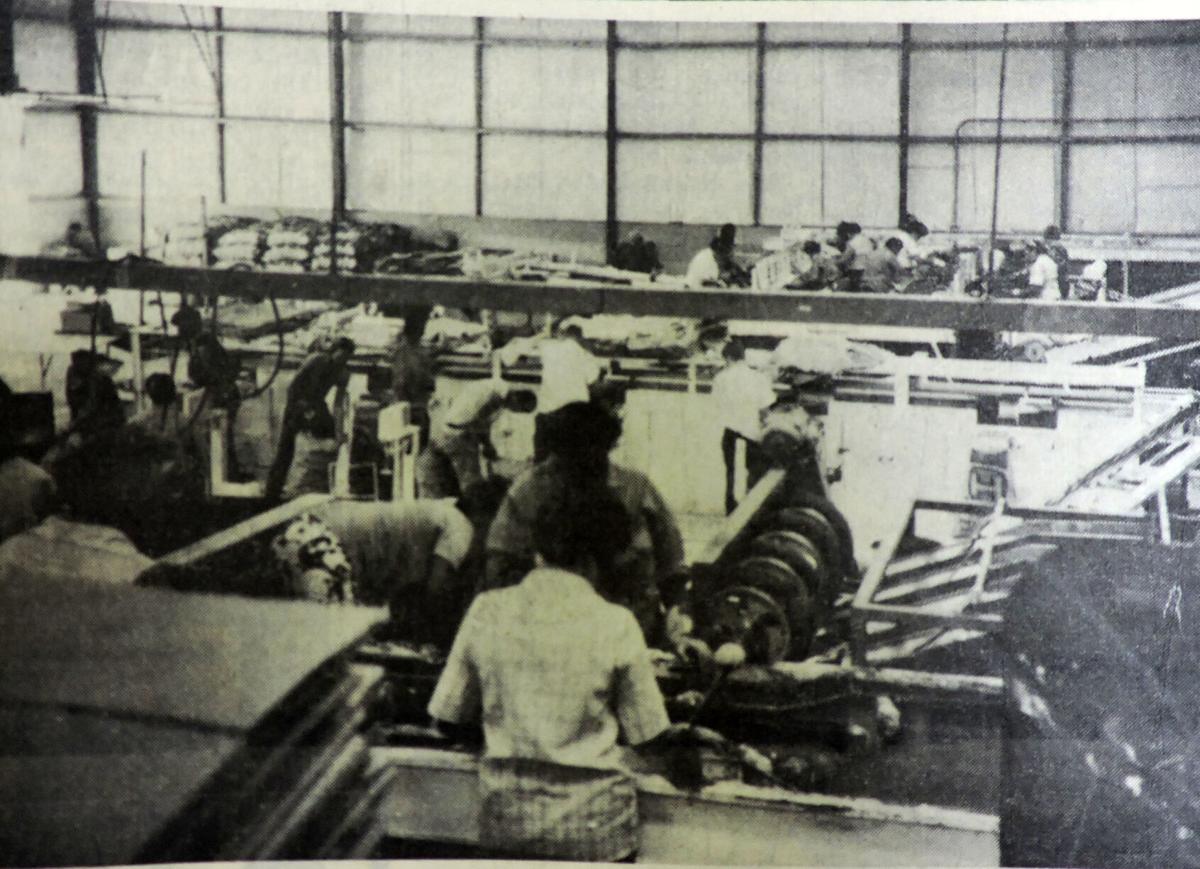 Workers process potatoes at Sunbest Corporation outside of Hermiston in 1970.

Dottie the Clown, aka Becky Hawes, entertains children at a Hermiston Parks and Recreation summer camp in 1995.

Firefighters work to put out a fire that destroyed four homes at Hat Rock State Park in 1995.

Workers process potatoes at Sunbest Corporation outside of Hermiston in 1970.

The Hermiston City Council delivered the knock-out punch Monday to a proposed manufactured home development near the Hermiston Cemetery.

United Homes, Inc. had petitioned the city to annex about 23 acres west of Highway 395 and east of the cemetery. Their plans were for a 165-lot development.

A lone no vote on the annexation a month ago by Councilor Kraig Cutsforth forced a reconsideration of the proposal. The annexation measure was subsequently tabled.

Though the city and United Homes developer Clint Herggert have met in cordial discussions since, the two parties could not agree over traffic and access considerations.

“This is Armageddon — the end of the world at Hat Rock State Park — after wind, hail, fire, and in my case, robbery,” said campground resident K.C. Turnbull.

A former Hermiston resident was killed in a freak accident late Friday, July 17, at a logging operation near Troy, Montana. David Cripe, 29, was crushed when a piece of logging equipment, called a skidder, tipped over onto him.

He is survived by his parents, Mr. and Mrs. Ed Cripe of Hermiston, and a sister, Mrs. Rick Rebman.

2) A 2.7-acre piece of property fronting on Orchard Avenue and adjoining the Umatilla County Fairgrounds will be added to the fairgrounds if county voters approve a one-year special levy of $40,000 to buy the land.

The fair board on Monday gave the final OK to the plan, which would add the much needed park-like property to the fair facilities.

The measure will be on the November general election ballot.

Farm Security families in Umatilla County were urged to set aside a special week for farm clean-up as part of a national farm safety campaign to prevent fires, accidents and waste. An average of 10 lives a day are lost in farm fire, 18,000 farm people are killed annually in farm accidents, and $90 million in farm property is destroyed each year by fire, according to figures received by Eugene Hampton, County FSA supervisor.

A thorough job of housecleaning on FSA farmsteads will not only make large quantities of paper, rags, clothing, tin cans, sacks and metal available for important war salvage, but it will also go far to prevent fires and personal accidents and minimize waste, Hampton said. All usable machine parts can be cleaned and kept for repairs and often result in considerable savings in case of machinery and equipment breakdowns.

Cleaning all debris, trash and paper from farm homes and buildings in insurance against spontaneous combustion and accidental hazards.

As per schedule the House Appropriations Committee arrived in Hermiston at 5:33 a.m. last Friday and were guests of the Commercial Club at breakfast at the Hermiston Hotel at 8:30 a.m. and were taken on a four-hour tour over the Umatilla and Furnish projects, arriving at Stanfield at 1 p.m., where the ladies of that city served a delicious luncheon.

The visitors were tired from their many days of traveling and did not leave their cars, parked on the siding, until breakfast time. Because of their fatigue, the auto run through the Western Land & Irrigation Company’s holdings was omitted.

2) J.A. Hovis of Portland lost his life in Willow Creek near Heppner Junction July 13. Mr. Hovis was foreman on the highway bridge under construction, and in some way lost his footing on the bridge and fell into the water below. Other workmen were on the bridge but Mr. Hovis had drowned before help could reach him. It is thought that he was taken sick, as he was an excellent swimmer, having been across the Columbia River several times.

while on the work.