A Hermiston police sergeant shows the bars that an escapee squeezed through before exiting a skylight and escaping the city’s jail in 1970. 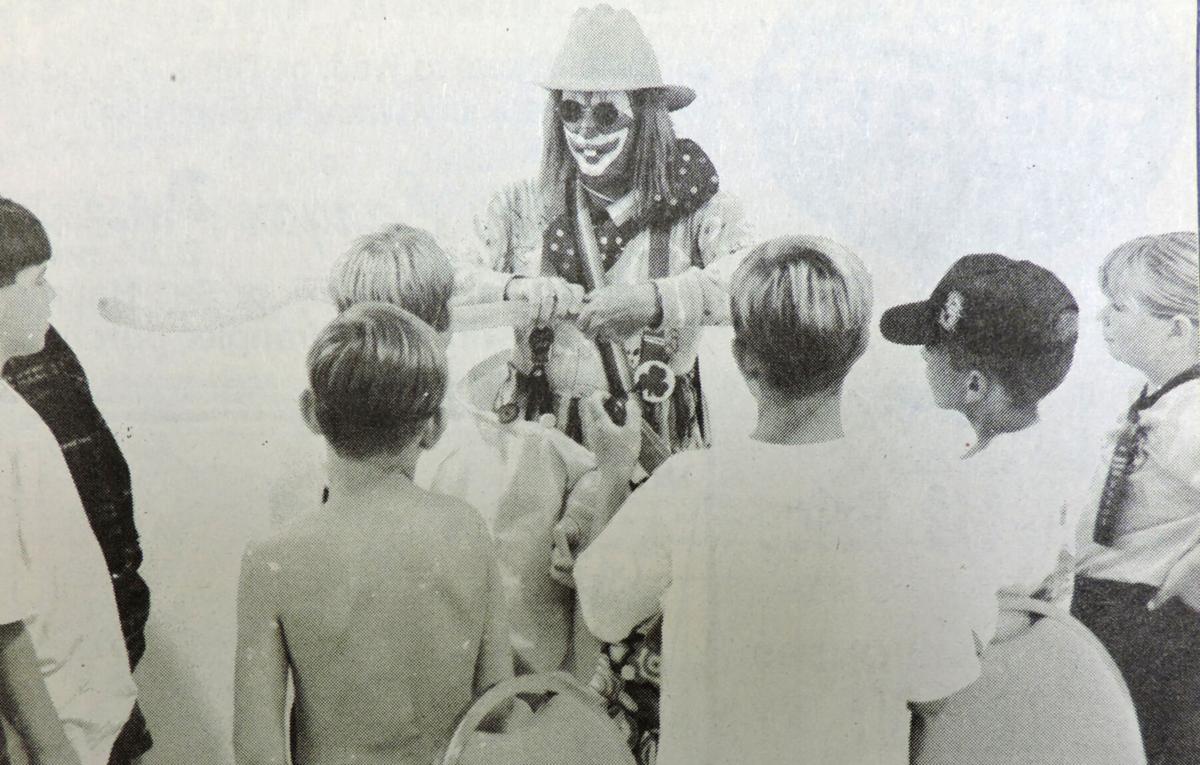 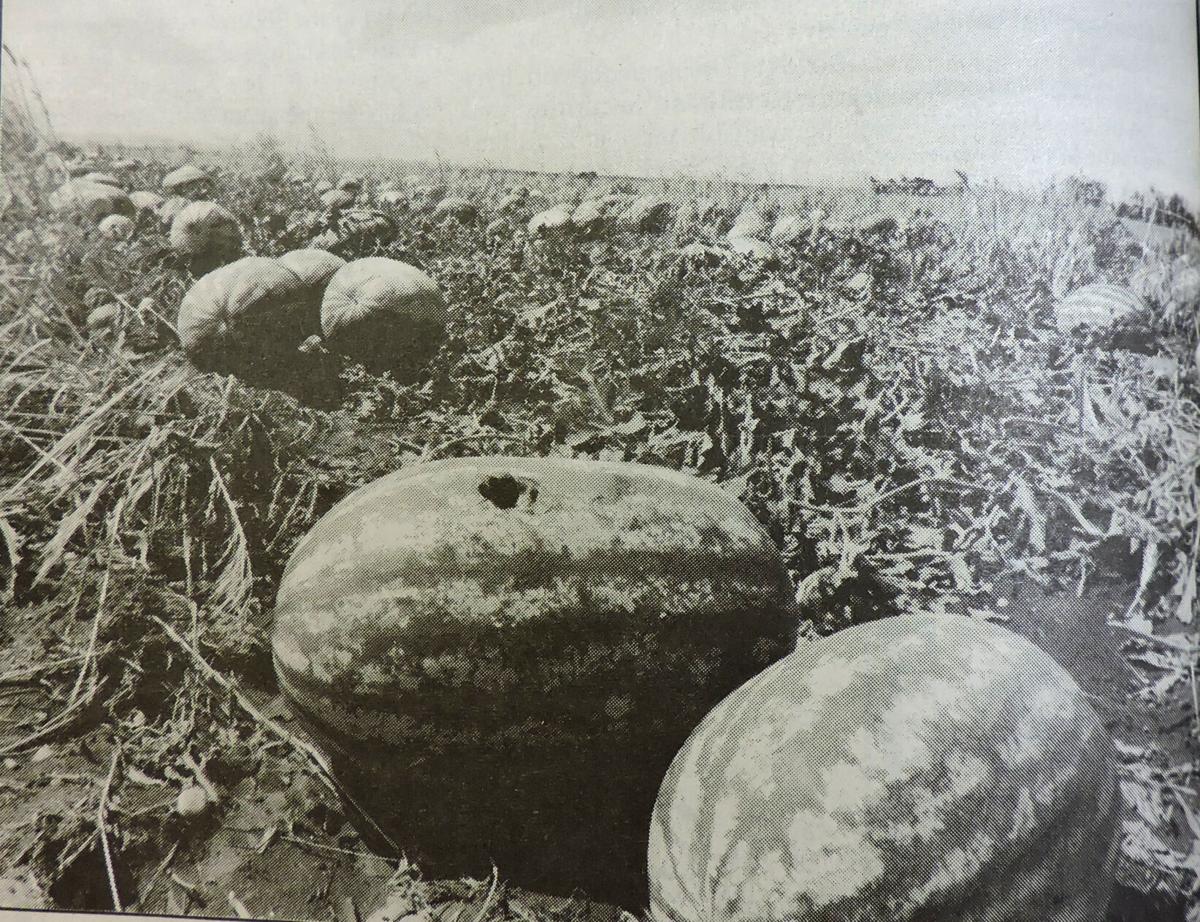 A hole in a watermelon outside Hermiston shows the type of damage that a hail storm earlier in the summer caused Hermiston’s watermelon crop in 1995.

A Hermiston police sergeant shows the bars that an escapee squeezed through before exiting a skylight and escaping the city’s jail in 1970.

A hole in a watermelon outside Hermiston shows the type of damage that a hail storm earlier in the summer caused Hermiston’s watermelon crop in 1995.

About 250 people attended the ribbon cutting festivities Saturday presenting the Hermiston Community Center to a public that gave $665,000 to its renovation.

“Your city officials were willing to step forth and say, ‘Take a look, friends of Hermiston, do we need such a facility?’ The answer was a resounding yes,” Wolfe said.

2) The case for a king-sized community playground is expected to go before the public in a town meeting tentatively scheduled for Monday.

The meeting is to let people know about the project and to recruit between 12 and 25 adults to serve as a steering committee.

“We need people to get this going,” said Kathy Blankenship. “We can’t do this by ourselves.”

It is said that if a prisoner wishes to escape, he should do so as soon as possible.

Two prisoners in the Hermiston city jail escaped in the past week after being behind bars no more than one day.

A 17-year-old AWOL soldier, Samuel Walter Brown, was picked up at 4:30 p.m. Sunday hitchhiking on Highway 80N at the junction of Highway 32. He was brought to the station at 5:20 p.m. and was heard escaping through the skylight of his cell at 9:14 p.m.

What astonished city police was that the 5 ft. 11 in., 150 lb. Brown had to climb through a narrow opening in the bars beneath the skylight in order to get out. Brown had been stationed at Ft. Gordon, Georgia.

Timothy Harman, 22, had to wait longer but had an easier time getting away. Given duties to perform outside his cell, he merely walked off the job after being in jail one day. He was reported missing at 11:30 a.m. Monday.

There will be a meeting Monday, the 17th, at 8 o’clock, at the USO building for the purpose of forming a flying club. Anyone interested in flying and starting a club is urged to attend. IPlans are under way for a temporary landing strip to be built near Hermiston and a definite location has been established.

2) Sgt. David Hamm, son of Mr. and Mrs. W.L. Hamm, who is now with the Fourth Marine Regiment, had the honor of being in that group when they made the first sea-borne landing on Japanese soil.

The original members of the Fourth Marine Regiment were at Corrigedor and Bataan when those objectives were captured and it was thought they were all lost.

However, the Fourth was such a famous regiment, it was decided to reactivate it around the Marine Raiders and it is to this group that Sgt. Hamm is attached.

A late news item indicates that a few of the original Fourth Marine Regiment have been liberated recently from Japanese prison camps and these have rejoined their regiment.

Over 1,000 visitors are expected to attend Field Day, Sept. 11, at the Umatilla Experiment Farm. The weather man “has been fixed,” and a huge time is anticipated. A fine program of games, music, speeches, “eats,” etc. has been arranged. Drop your troubles for a day, bring the family and do a little “neighboring.”

Several candidates will represent different districts in a friendly contest for a prize to be offered for the most beautiful man present. The purpose is to show the beneficient effect of irrigation on manly pulchitrude. Only the women will be permitted to vote. The decision will be rendered by ballot, each woman being allowed one vote for each year she is old.

The management realizes a great many ladies may hesitate to exercise their franchise and it will probably be necessary to have the ballot secret. A manager will be appointed for each candidate who will be allowed to extol and exhibit the rare beauty of form and feature of his candidate.