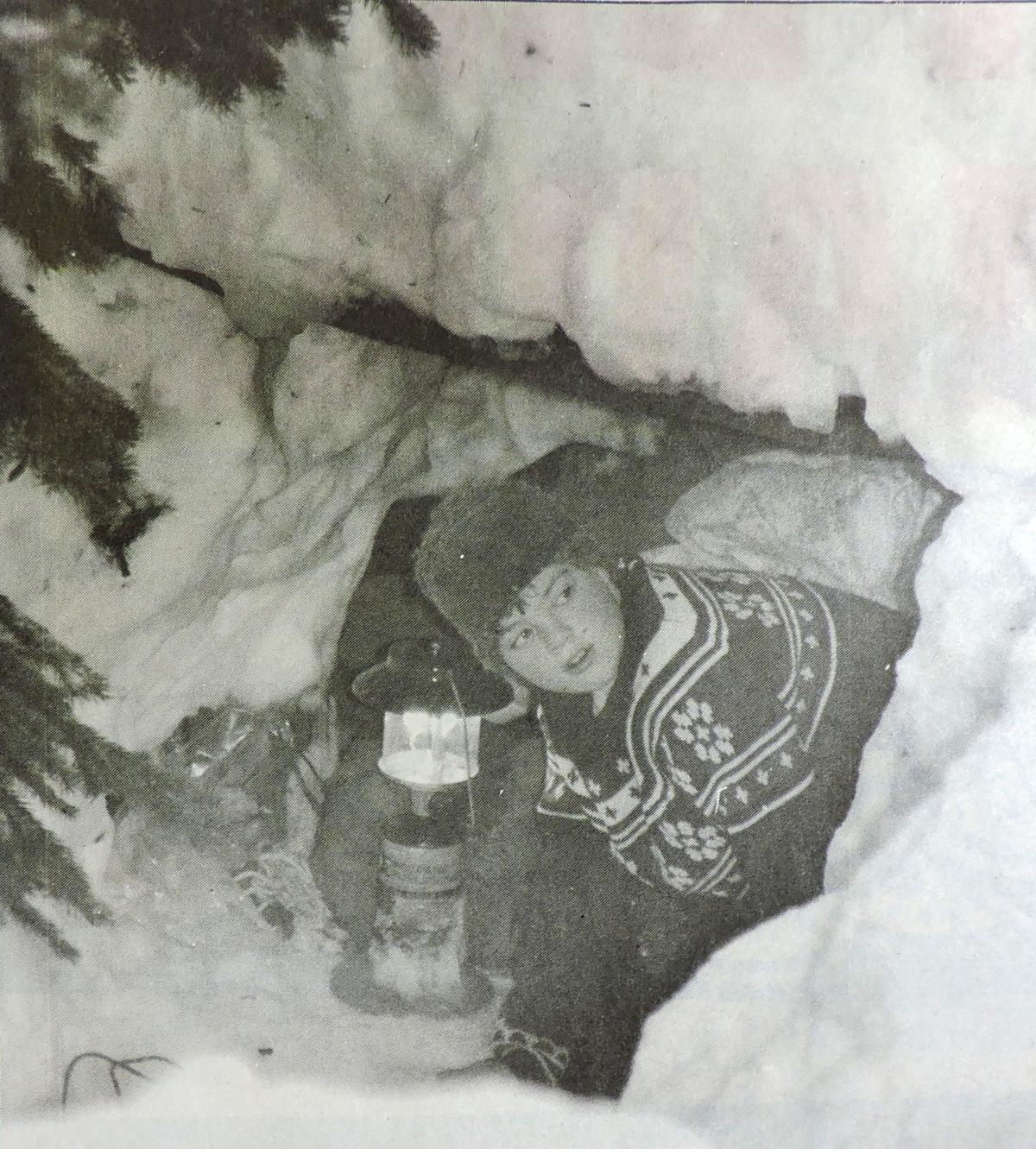 William Gray, 12, from Scout Troop 530 in Hermiston, wakes up from sleeping overnight in a snow cave near Tollgate in 1995. 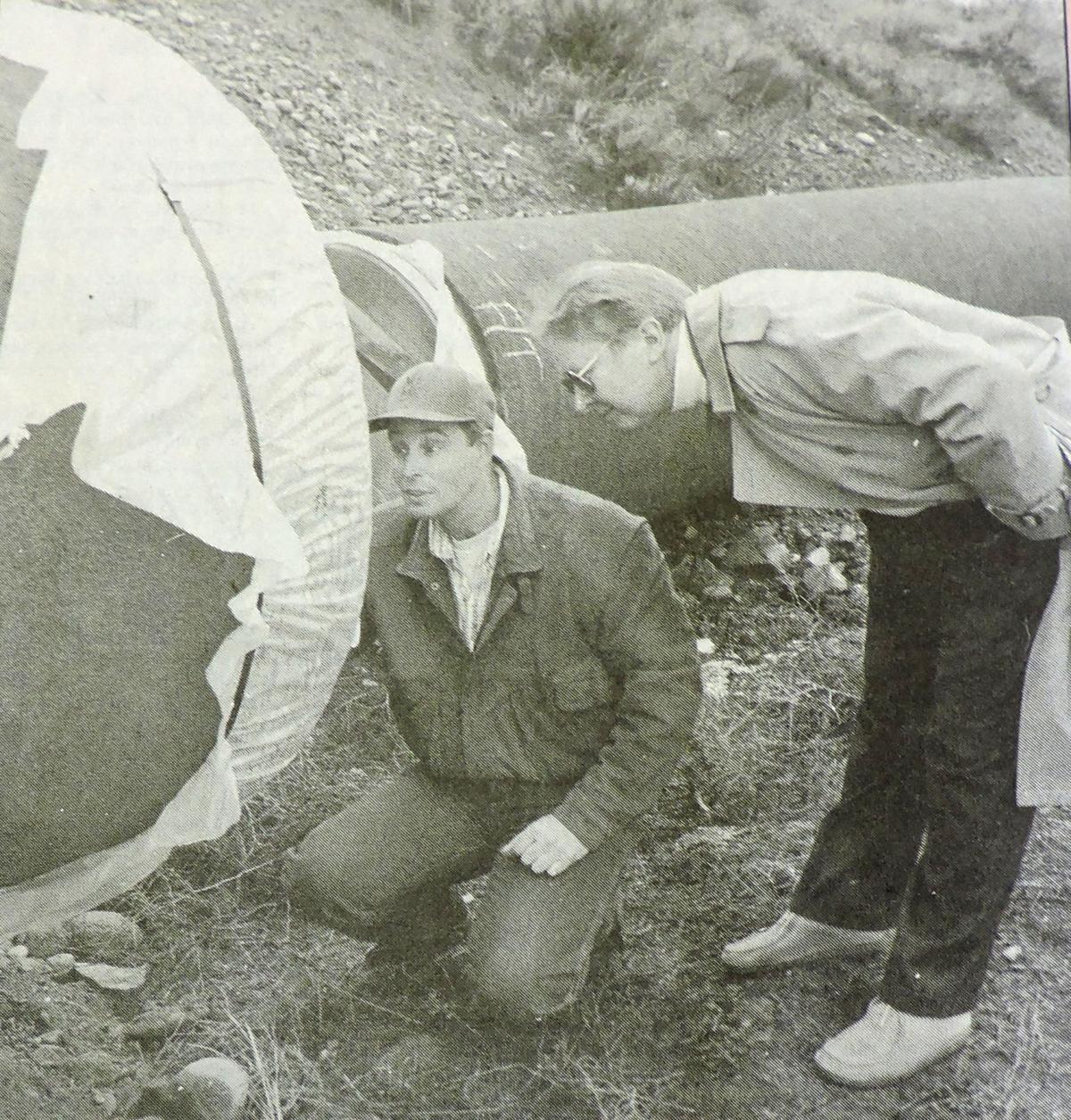 William Gray, 12, from Scout Troop 530 in Hermiston, wakes up from sleeping overnight in a snow cave near Tollgate in 1995.

The city of Hermiston is exploring ways to make parents responsible for their delinquent children.

Acting Hermiston police chief Jerry Roberts said an ordinance of this type would be a “great idea.”

“We know we have some parents out there who aren’t controlling their children. This will hopefully make them accept responsibility,” Roberts said.

2) A mother and child critically injured in a trailer fire less than a week before Christmas are making steady progress toward recovery at a Portland hospital, said husband and father Richard Bergman.

Rebecca Bergman is in good spirits, he said. Fears that she may lose some of her extremities are unfounded. She should be out of the hospital in two to three weeks following additional surgery.

The Bergman’s four-month-old son, Mitchell, has retained his sight despite doctors’ earlier predictions. He lost his fingers in the blaze. He has been in surgery three times since the fire.

Support for the stand that the Hermiston Coordinating Council, and particularly its chairman, Joe Burns, has taken on the extremely controversial nerve gas issue was made public this week.

In a letter from the Hermiston Ministerial Association to Burns, the nine ministers signing the letter strongly backed Burns and took strong issue with those who had let personalities become uppermost in argument.

“In the continuing controversy over the shipment and storage of nerve gas at the Umatilla Army Depot, we, the undersigned, communicate to you and others our concern for what is happening to the name and character of the personalities most vocal and visible.

“We regret the emotional impulsiveness and immaturity which leads us to put ‘good’ or ‘bad’ labels on others according to their support or opposition to the views we happen to hold. We believe you have been the victim of such impulsiveness.

“Further, we register our protest at the false, cruel and unfair caricature that has been drawn by some biased news reports and the content of some letters in reference to your community leadership and your personal point of view.”

The Hermiston Red Cross sewing unit is becoming well known. It was tendered high regard by production chairman Mrs. Laing at a recent county Red Cross board meeting.

A fine attendance was noted at the sewing unit Tuesday. A complete pair of pajamas was made during the sewing period and another afghan completed and two more are nearly ready. Five afghans were sent to McCaw hospital in Walla Walla this week. The ladies are now intent in filling the February quota of service kits, having sent in 50 kits just before Christmas.

2) Depredations by stray dogs over the west end of the county have been extensive this year as well as for several years past. At present the law does not apply for payments except for losses sustained by sheep men.

The meeting of farmers at the Farm Bureau Friday night voted unanimously that the secretary write Umatilla County representatives in the present legislature with a view of amending the present state law to include losses sustained by poultry men as well as the sheep men.

R.C. Challis, owner and operator of the City Market and Grocery, sprung a surprise on his grocery customers Wednesday morning when they began to come in to make purchases for the day. This was caused by empty shelves drawing their attention on that morning, where the day before rested tier upon tier of grocery goods and canned commodities.

The transformation scene was enacted Tuesday evening after a short conference between members of the firm of the Kingsley Mercantile Co. and Mr. Challis, at which time the Kingsleys purchased all of the grocery stock and removed it that evening from the City Market to their store.

Mr. Challis will from now on deal exclusively in meats, and vegetables and fruits in their season. He figured that by disposing of his large grocery stock he could give the public better service in the meat line.