Walter M. Pearson stands outside his building on the corner of North First Street and West Gladys Avenue in Hermiston in 1971. 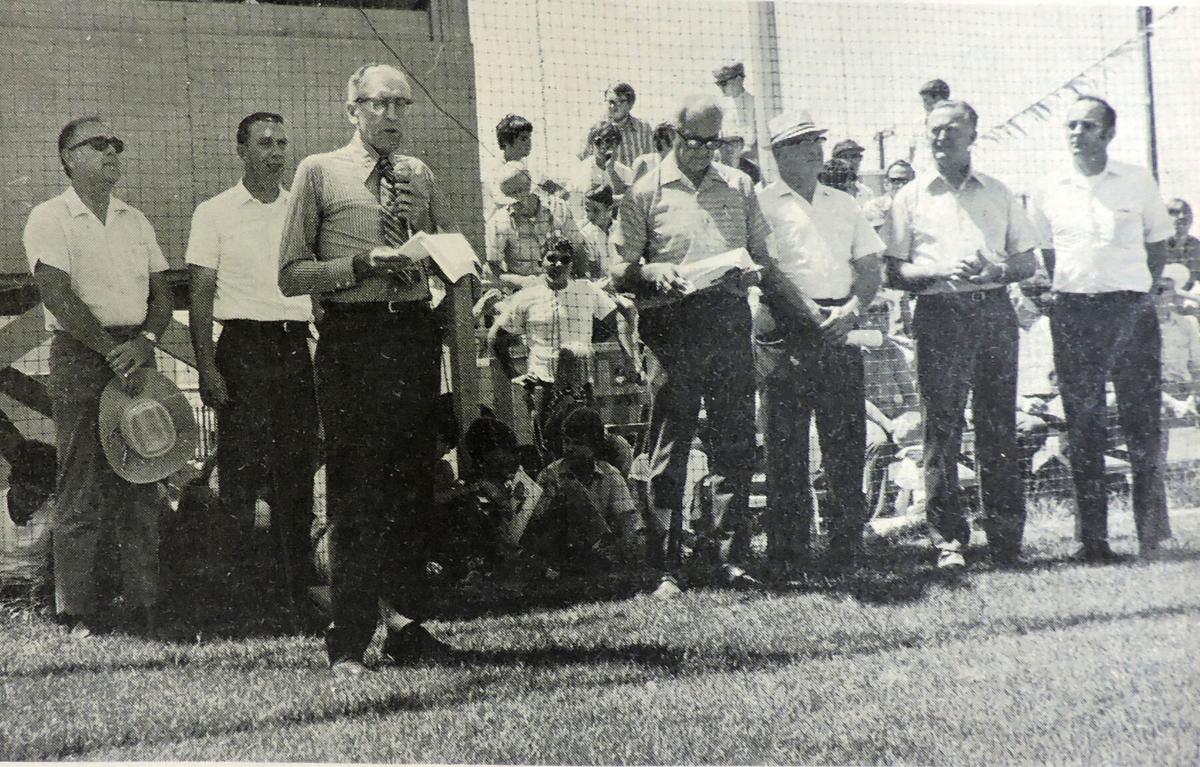 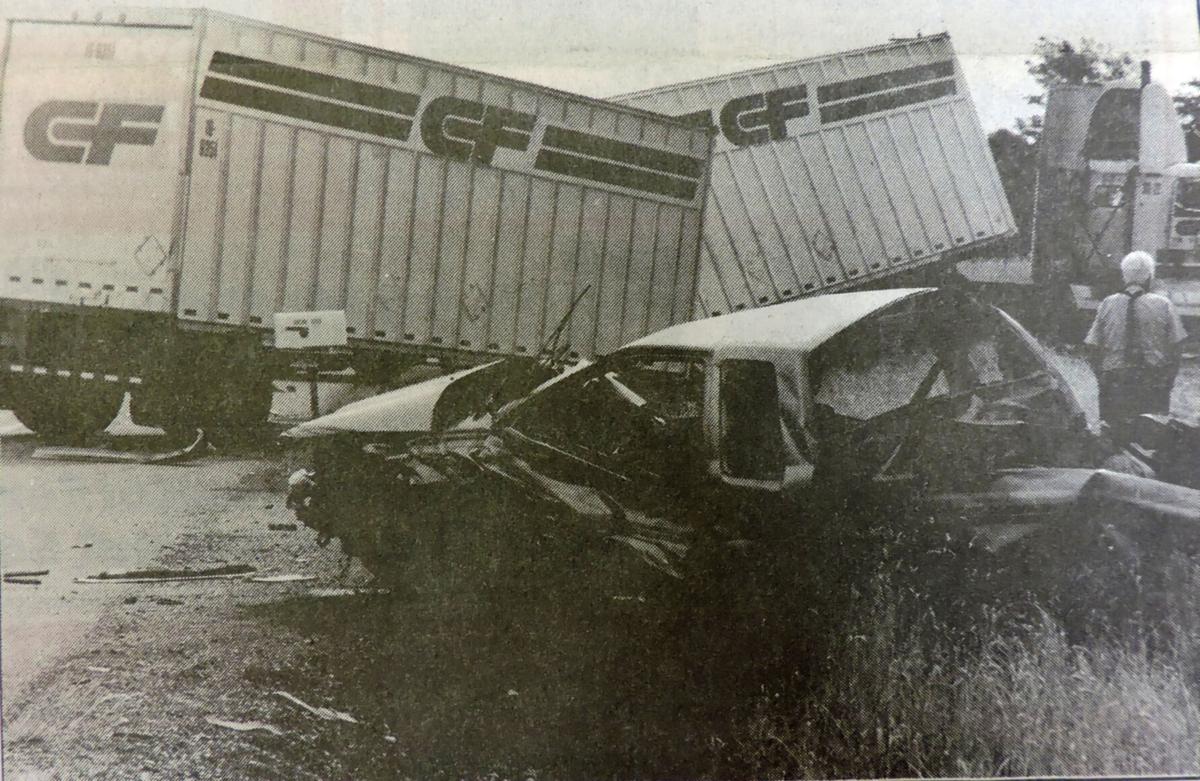 Walter M. Pearson stands outside his building on the corner of North First Street and West Gladys Avenue in Hermiston in 1971.

1) The sign for a proposed skateboard park near Hermiston High School’s baseball diamond is evidence of a group of people’s optimism that one day there will be more than just a sign.

In a town where the community rallied behind the construction of Funland Community Playground, a safe area for young children to play, Michelle McKimmy is trying to get a skateboard park built for older youth.

“We have a lot of things for our younger kids,” said McKimmy. “This is something for our junior high to driving-age kids.”

The plans remain on schedule despite the heavy fire and smoke damage to the plant’s warehouse.

Two Hermiston boys were honored Tuesday by the Umatilla Electric Cooperative Association for possibly saving the life of a UECA serviceman June 9.

John Huddleston, 14, and his brother Mark, 11, came to the aid of Valden L. “Joe” Woolman that day after he received electrical burns while investigating a power outage at the home of their father, Tom Huddleston, on Walker Road.

The outage to which Woolman had been called served an irrigation pump. Arriving at the location, he found a fuse out in the transformer bank, replaced it and noted that the pump still did not start. The transformer fuse failure had caused one of the fuses in the switch box to blow out.

Woolman checked the fusing in the 480-volt switch and found the defective fuse. In the process of replacing it he moved the switch handle up slightly and the spring-loaded switch closed on him, thereby energizing the fuse itself. The fuse burned him on the hand, inside the elbow and on the stomach. The elbow burn caused severe bleeding, apparently from a ruptured vein.

The Huddleston boys were present, and, as soon as Woolman had jerked free, came to his aid, one immediately putting a tourniquet on his arm and treating him for shock. A third Huddleston brother was summoned and drove the serviceman to the doctor.

Kimsey’s men’s store was entered sometime early this morning and about $2,000 in merchandise taken. Entrance was gained by prying off a heavy screen on a rear window. Only merchandise was taken and the robbers apparently were in search of clothing for themselves as several of the sport coats had been tried on and left in a pile.

Apparently the merchandise was placed in suitcases and taken out the back window, although some shirts, trousers and shoes were left in the shoe department where the suitcases were being filed. Only a few pairs of shoes and loggers’ boots were taken, while several leather coats, trousers, hats, sport coats, etc. were taken in large quantities.

Another of those elaborate cabaret scenes that Thomas H. Ince knows how to put on so well is a feature of Enid Bennett’s latest picture, “The Woman in the Suitcase,” which will be at the Play House next Wednesday, July 27.

The interior of one of New York’s liveliest restaurants before the “Sahara days” descended upon the metropolis is pictured during one of its jazziest hours. Scores of pretty dancers and other professional performers were hired for the occasion. Everything was prepared on a luxurious scale, and with the attention to detail which is one of Mr. Ince’s characteristics.

Enid Bennett is cast as a young boarding school miss who unexpectedly gets wind of an affair which her father is carrying on with an unscrupulous siren. By a clever trick she routs the schemer and makes her father see the error of his course. Thomas H. Ince produced the picture for Paramount-Artcraft and it was directed by Fred Niblo.