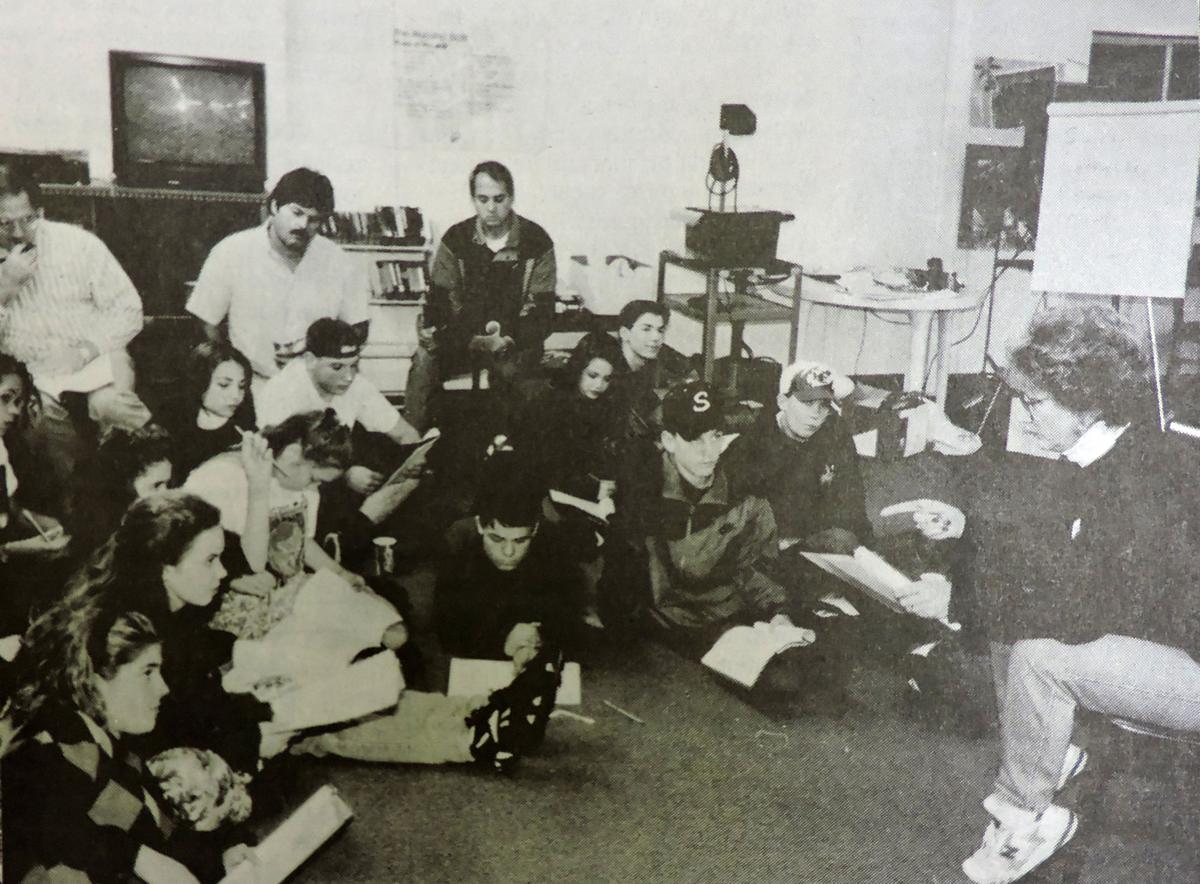 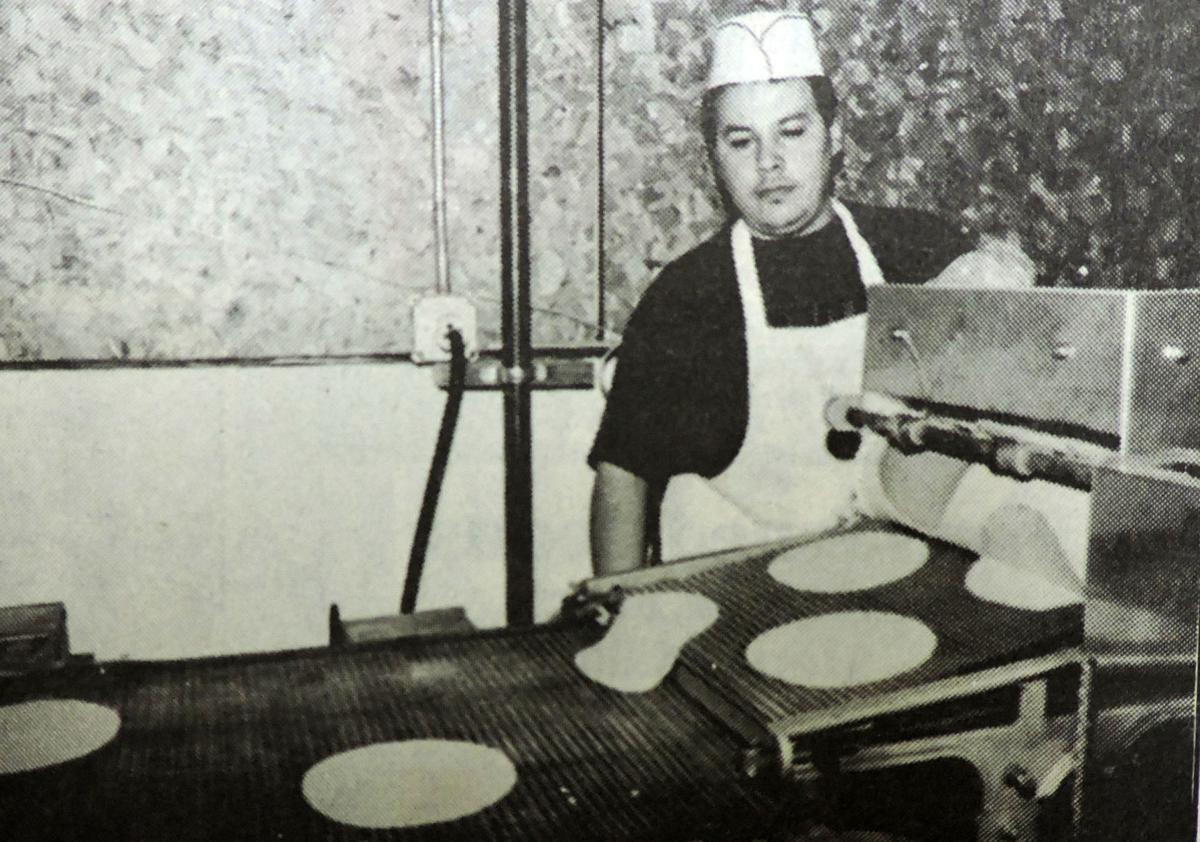 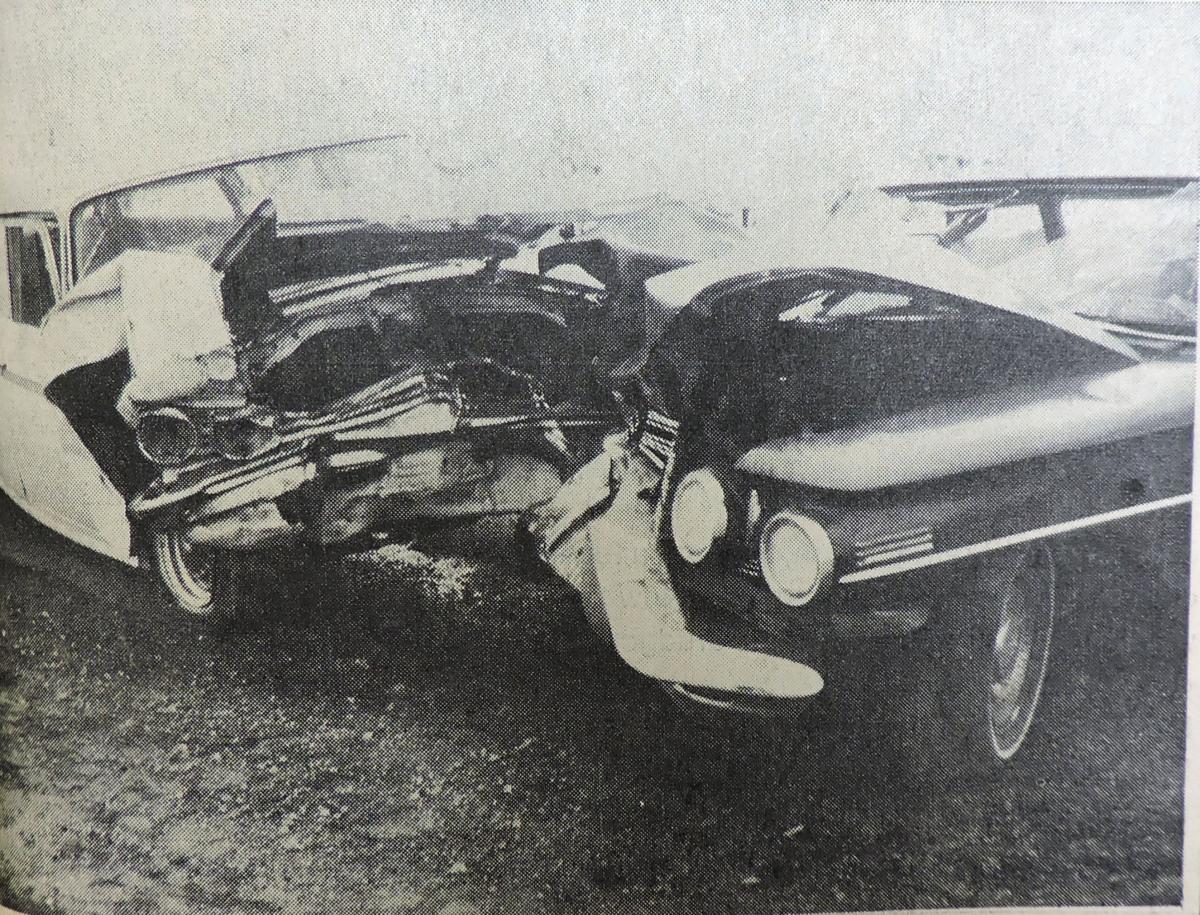 Two vehicles involved in a double fatality collision outside Hermiston are pictured in 1969. 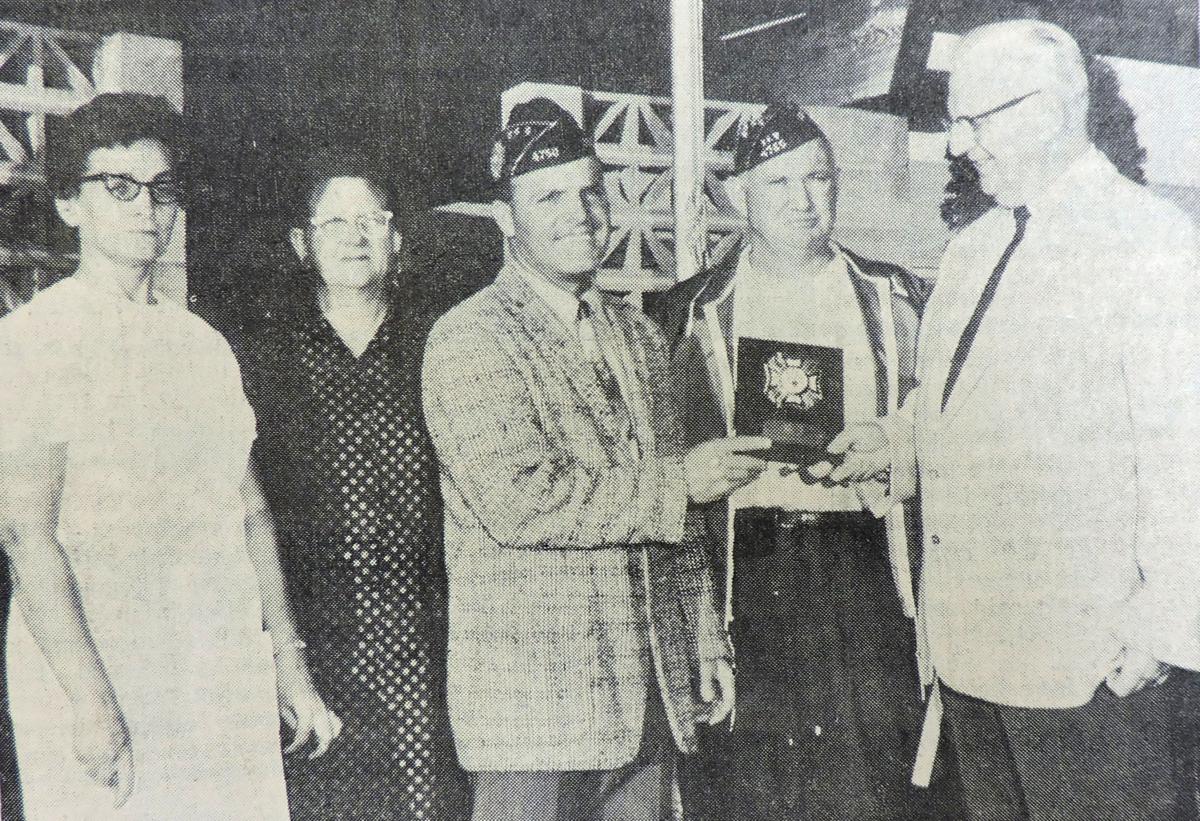 Two vehicles involved in a double fatality collision outside Hermiston are pictured in 1969.

Three property owners along the transmission line route for a new power plant may go to court to settle compensation for use of their land as an easement.

Umatilla Electric Cooperative has filed suit at the circuit court in Pendleton to begin the process of condemning the land.

Allan Lambert, Bruce Scott and John Shafer are the last property owners along the line who have not settled with the co-op. They say the utility has not offered them fair compensation for the land.

Use of their land is needed to meet national safety requirements for power lines.

2) An environmental special interest group has filed objections to the City of Hermiston’s application for a permit to pump water from a city well it has been recharging for several years.

Officials from WaterWatch, a Portland-based group, told the state’s Water Resources Department the permit application is technically defective and the proposed use is detrimental to the public interest.

The city has been using water from one of its shallow wells to recharge its deep well near Newport Park. The recharge project has been going on since 1988, at a cost to the city of nearly $177,000 in engineering fees alone.

Opening bids to re-roof the reservoir on Hermiston Butte was postponed from the previous meeting because only one bid had been received and it was returned unopened.

The farm home of Mr. and Mrs. Allen Bellinger west of Hermiston was completely leveled by fire Tuesday morning, including all household effects. The fire started while Mrs. Bellinger was away from the house doing chores. When she returned the interior was all in flames, too late to save one single item.

Neighbors were summoned to the scene but nothing could be done to stop the fire. There was no insurance on either the house or the furniture, leaving the Bellinger family quite destitute.

2) The largest vote in the history of Hermiston voting was cast at the election here Tuesday with 698 voting in Precinct 33 and 662 in Precinct 32.

When last minute efforts failed to locate a voting place at the town of Ordnance, a bus was chartered from O. O. Felthouse and residents of that city who were unable to drive to town were given free transportation. This greatly added to the number voting in Precinct 32.

Local betting was at its lowest ebb in recent years when very few citizens were willing to go on the line for a Republican victory. (Those who did brave thin ice, of course, lost.)

Apparently influenced by the Ordnance voters, Hermiston for the first time in recent years went Democratic in voting for President Roosevelt, giving him a plurality of 67 in those two precincts.

Tuesday while playing on the school grounds, little George McKenzie, son of Mayor and Mrs. F. C. McKenzie, was kicked by a horse belonging to one of the scholars. The boy was injured severely, and he is now in a plaster cast extending around his body and one limb. In this he will have to remain for five weeks. While there was a fracture of the hip bone and slight internal injuries, it is thought by the attending physician that no permanent disability will result.

2) P. B. Siscel moved his confectionary and ice cream establishment Wednesday evening into its new home in the building just completed for it between the post office and the Oregon Hardware & Implement Co. store.

Besides catering to the public with his usual line of confectionery, soft drinks, stationery, cigars and tobacco, Mr. Siscel has decided to give patrons who so desire a little recreation, having added a pool hall in the rear of the store in a room partitioned off for this purpose. The new quarters are light and airy, and makes the place a citified establishment.