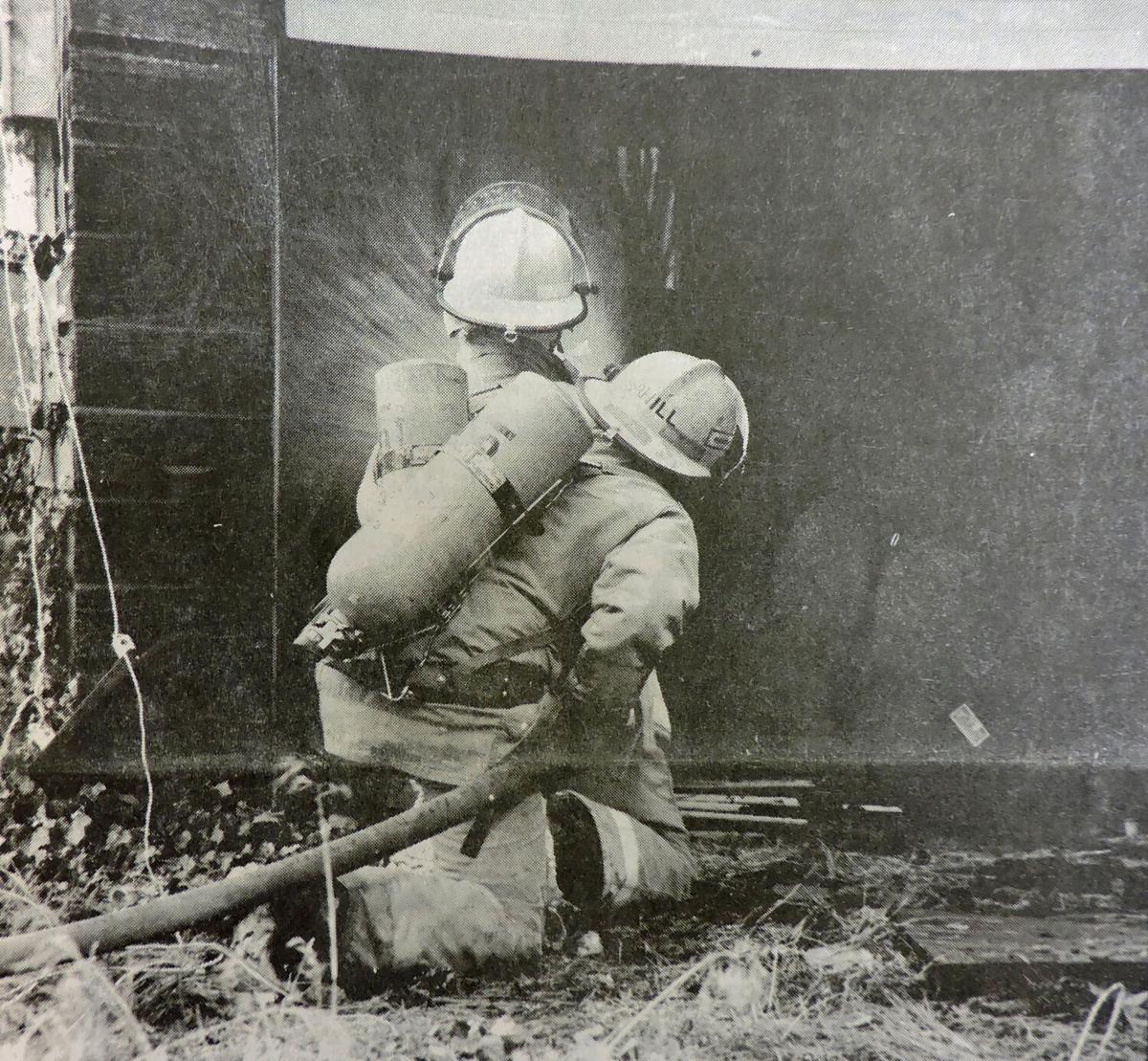 Firefighters work to control a house fire in Hermiston in 1995. 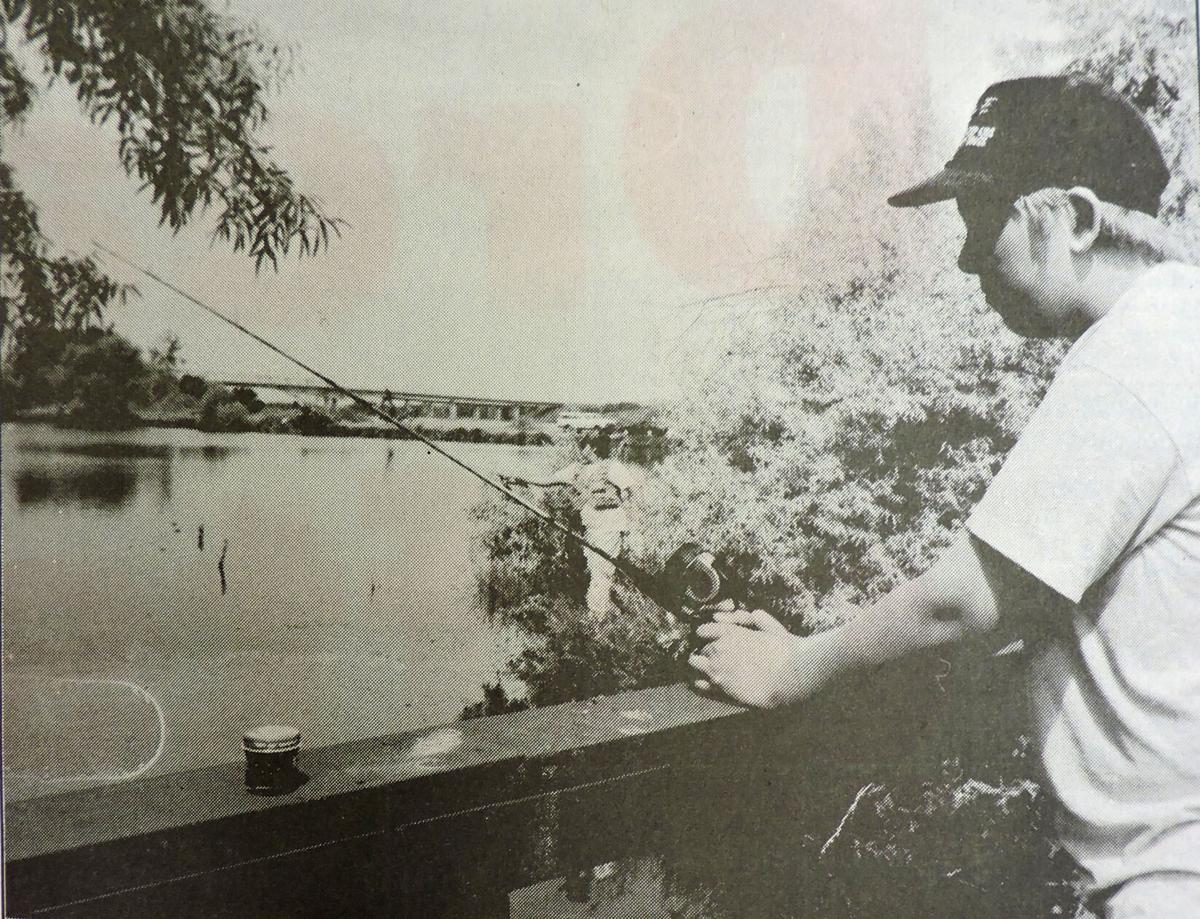 Adam Schwartz, 13, takes advantage of a free fishing day at the McNary Ponds in 1995. 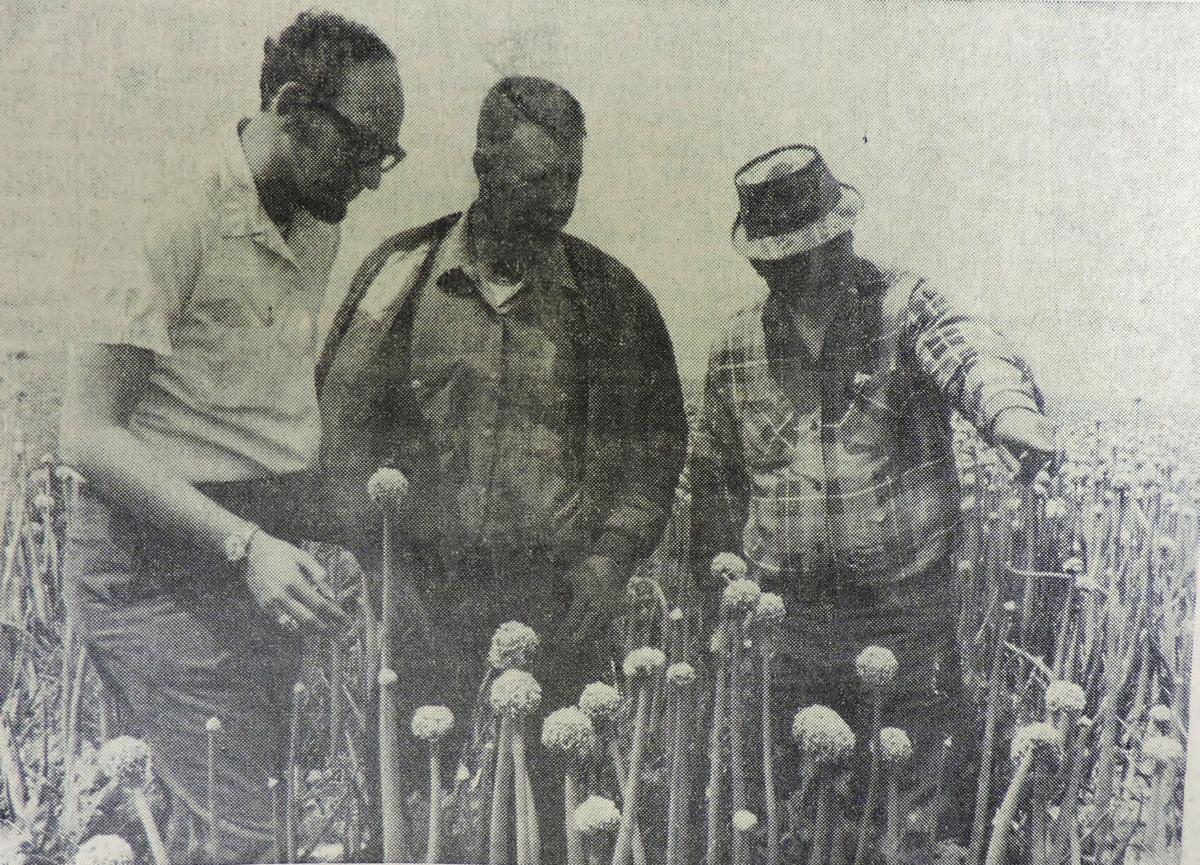 Agustin Posada, left, an exchange student from Colombia, listens as farmers Glenn Rohde and Marsh Meyers give a tour of a farm outside Hermiston in 1995.

Firefighters work to control a house fire in Hermiston in 1995.

Adam Schwartz, 13, takes advantage of a free fishing day at the McNary Ponds in 1995.

Agustin Posada, left, an exchange student from Colombia, listens as farmers Glenn Rohde and Marsh Meyers give a tour of a farm outside Hermiston in 1995.

Arson is strongly suspected in a fire that gutted an abandoned cabin on Southeast Fourth Street south of Highway 395 yesterday.

Fire crews spent several hours extinguishing the blaze, which threw flames as high as 50 feet. Of particular concern for the firefighters were tall trees and power lines near the property.

Since the incident, evidence turned up indicating the fire was deliberately set.

“We got information last night that a young man was bragging he set the fire,” said Fire Marshal Pat Ward.

The culprit, he said, is a junior high aged boy not living near the cabin.

The long-vacant house, owned by Wallace Mayfield of Walnut Creek, Calif., had become a haven for children sneaking a smoke or engaged in other activities, Hermiston Fire Chief Jim Stearns said.

All of the major construction jobs in Hermiston, totaling nearly $2 million, are well underway or completed with the exception of Good Samaritan Center.

P.A. “Al” Fredrickson, Good Samaritan administrator, said work on the $152,000 addition is expected to begin in the near future. The first job planned will be a new floor for the existing kitchen.

Golden Manor, a turnkey housing project under construction on West Hermiston Avenue, is progressing on schedule, according to contractor Walt Eiring of the Timber Co.

Work on the Good Shepherd Hospital addition is well into the “visual” stage. The contractors are having to work around existing facilities that must remain in operation, slowing them down somewhat.

Gilbert Gettman’s Smitty’s Pancake House, under construction by The Timber Company, promises to add much to the looks of downtown Hermiston.

Thirty-six individuals and nine departments were presented awards Wednesday for their “no lost time accident” record at the Umatilla Ordnance Depot during the past year at a ceremony at the post theater. Col. A.S. Buyers, commanding officer of the depot, made the presentations for the Chief of Ordnance.

Included among the supervisors receiving awards were nine gang bosses in the explosive area, who handle large crews and are subjected to accidents more frequently than other departments.

2) Electric service was interrupted in part of the business section of Hermiston on Saturday morning for about half an hour as a result of a meter at the Frank Pierson wrecking office being accidentally pulled off the building by a passing truck. The transformer in the alley “kicked out” a fuse and no serious damage was suffered.

Messers Jackson and Rodkin shipped a load of hogs on the Steamer Northwestern last Tuesday to the Benson Commercial company of Portland. It is very convenient for the farmers of this section who desire to ship livestock to the yards in Portland to load them on the Northwestern at Umatilla where they are taken direct to the packing plant.

The trip down the river is cool and the animals do not suffer from heated cars and arrive at their destination in much better shape.

2) The smoker given by the American Legion last Friday night was well attended and the show was well put on. The boys deserve great credit in the way they handled the affair and the fans went away voting it a good evening’s entertainment.

The first event was a wrestling match between McKeen of Hermiston and Dorn of Echo. McKeen won the event with one fall in six and a half minutes in the first round, the second being a draw.

Next on the card was another wrestling match between George Mathay and Harry Kelley, both of Hermiston. This affair was a stemwinder and both boys showed considerable knowledge of the sport, both getting into tight places and surprising his opponent by cleverly untangling himself. However, Kelley got a fall in seven minutes in the first round, the second going to a draw.