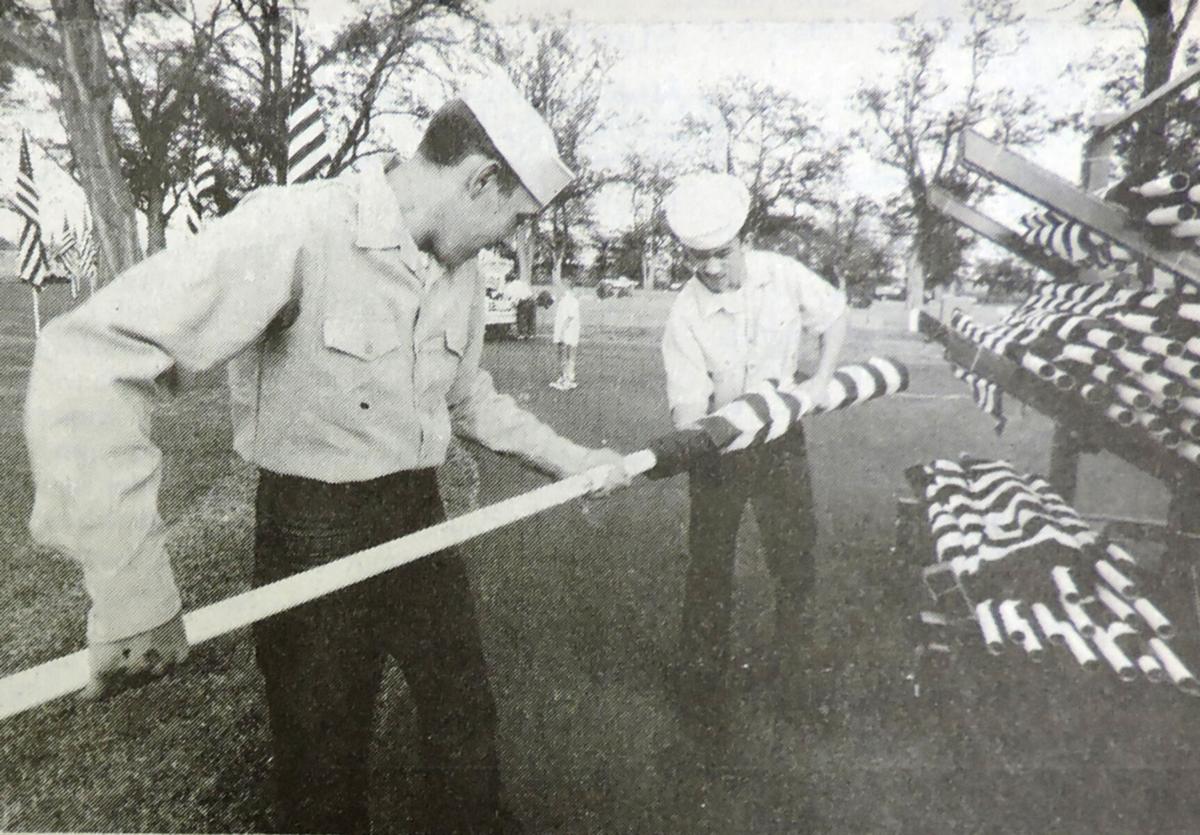 Sea Cadets Jay Epperson and James Ingalls piece together flagpoles for the Avenue of Flags in Hermiston in 1996. 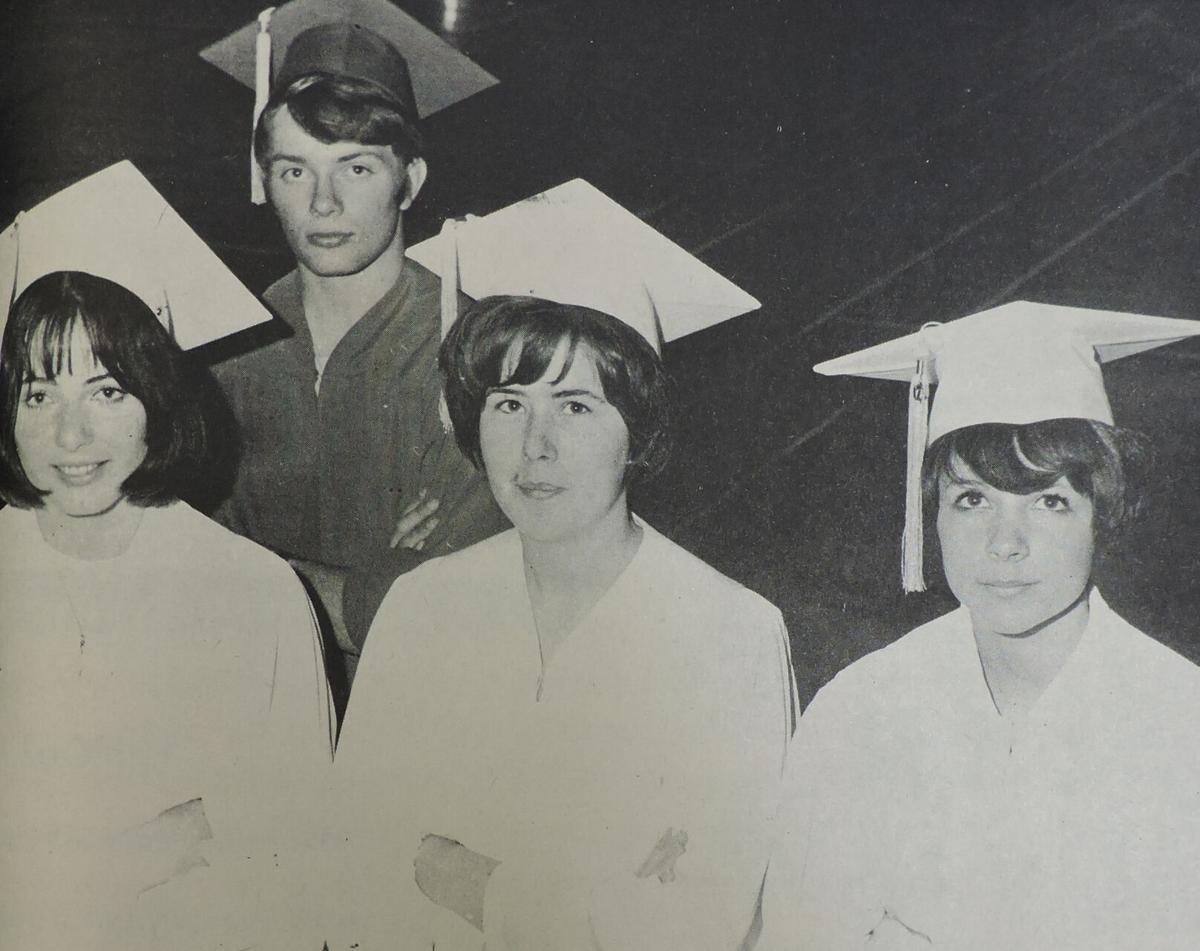 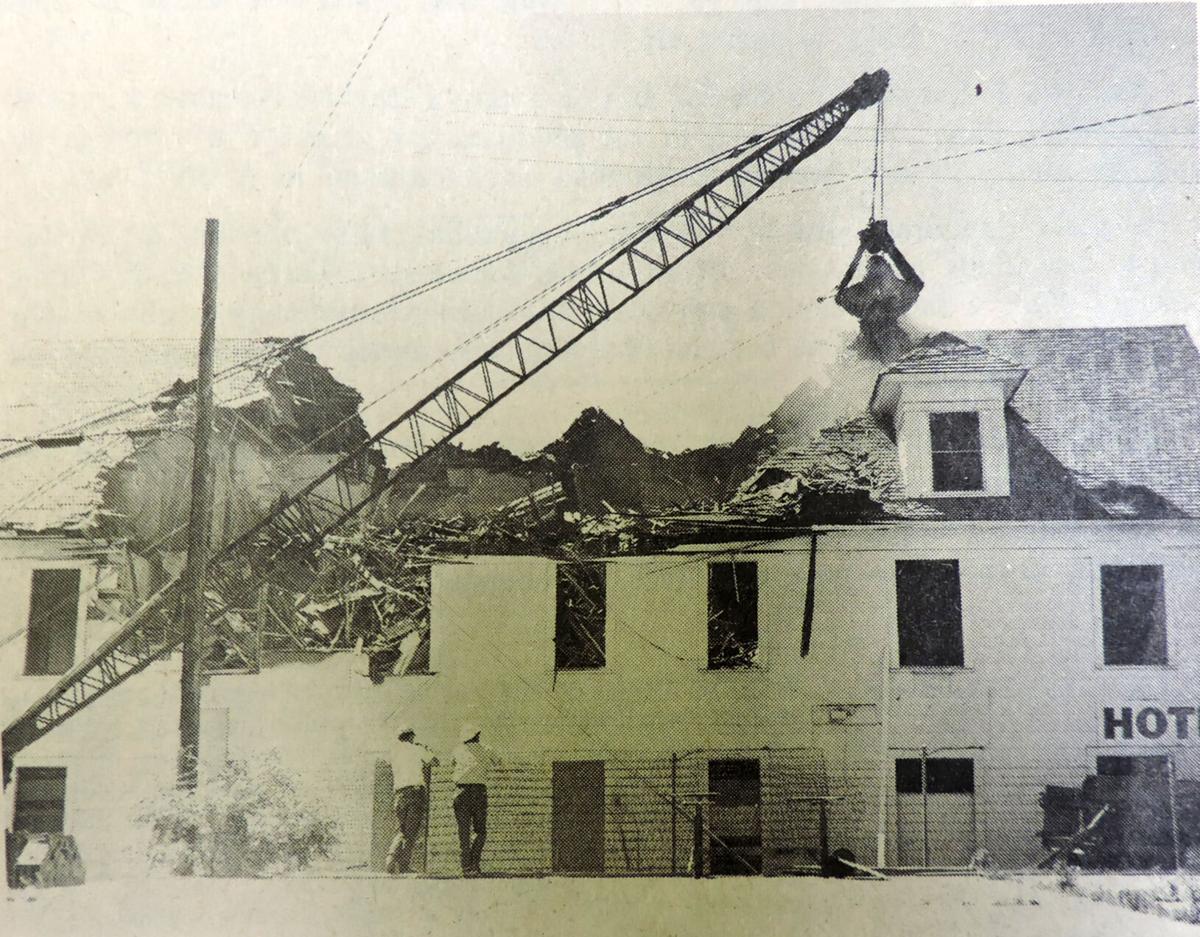 Crews tear down the old Hermiston Hotel building in 1971.

Sea Cadets Jay Epperson and James Ingalls piece together flagpoles for the Avenue of Flags in Hermiston in 1996.

Crews tear down the old Hermiston Hotel building in 1971.

A potentially ugly fight between the Port of Umatilla and the City of Hermiston was averted last week when both sides sat down to talk.

“I don’t want to see (this) melt down in a family feud,” said State Rep. Chuck Norris.

Wednesday’s joint meeting of the city council and port commission was intended to iron out wrinkles in the relationship formed for the regional water system.

The system, which was supposed to cost only $15 million, delivers potable water to city ratepayers and potato processors, and nonpotable water to the port as well as U.S. Generating’s Hermiston Generating plant.

Cost overruns of $750,000 brought tensions to the near boiling point at last month’s council meeting, when councilors demanded to know when the port would sell some of its portion of the water to new industrial users so user fees for the city could be lowered.

Sweeping changes are soon to be made in the appearance and atmosphere of the Hi-Ho restaurant in Stanfield.

Jesse Mosso, Portland, owner of the Hi-Ho, appeared before the City Council at its Tuesday night meeting and was granted a license to remodel the restaurant.

Remodeling will be extensive, according to Mosso, who said he has found the structure to be in very poor condition. Also to be changed are the quality of the food, the sanitary conditions and the format of the entertainment. The name, too, will be changed — to Victor’s, after Mosso’s son, who will manage the restaurant.

The Umatilla County Public Health association will sponsor a Social Hygiene Institute in Pendleton at the Vert Little Theater. At this session, Dr. Percy Pelouze, consultant to the U.S. Public Health Service, will speak on “The public health problems of venereal diseases.”

One-day institutes, similar to the one to be held here, are being planned and held throughout the country. These institutes aim at creating an informed public that will act to hold the line against the advance of venereal disease, repress prostitution and educate young people for better health, better homes and better communities.

2) The famine emergency committee warned Wednesday that American consumers will face continued shortage of flour, bread, and other wheat products for at least two months. These shortages will result from the government’s wheat procurement program to provide grain for famine areas overseas, the group said.

The committee pointed out that 81 million bushels of the 1945 wheat crop have been purchased by the government since May 1 for shipment to overseas areas, adding:

“It is impossible to remove this quantity of grain from the present supplies without a shortage appearing at the consumer level in the form of smaller supplies of flour, bread and other wheat products.”

The committee called upon American consumers to eat at least one third less wheat products during the emergency period of short supplies.

Hermiston will have a new neighboring town. Cold Springs Landing will be the place, on a part of the Shaw homestead. E.P. Dodd, who now owns the land at the old Cold Springs station, will start the town and E.I. Davis is now busy preparing the plat.

The Newport Construction Company and the Shotwell Contracting Company will soon make camp at and near the new town, and begin construction of the new highway leading from the new town to Holdman, and thence to Pendleton.

Alfalfa lands in the Columbia district extend to within about two miles of the townsite and other lands within the vicinity between the present irrigated area of this project and the new townsite are subject to reclamation.

There is already at Cold Springs a railroad site and a platform and springs, for shipping hay, and these facilities will be increased as rapidly as possible.

The main street of the town extends south from the present station. Land will be leveled for buildings.