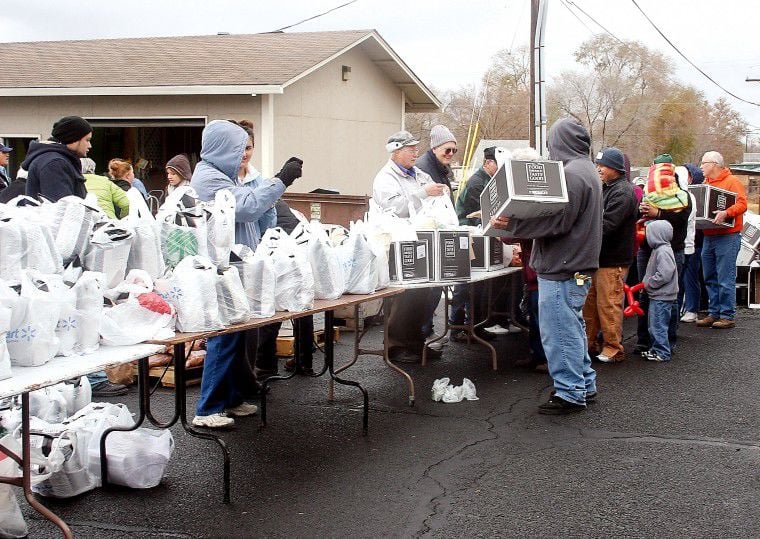 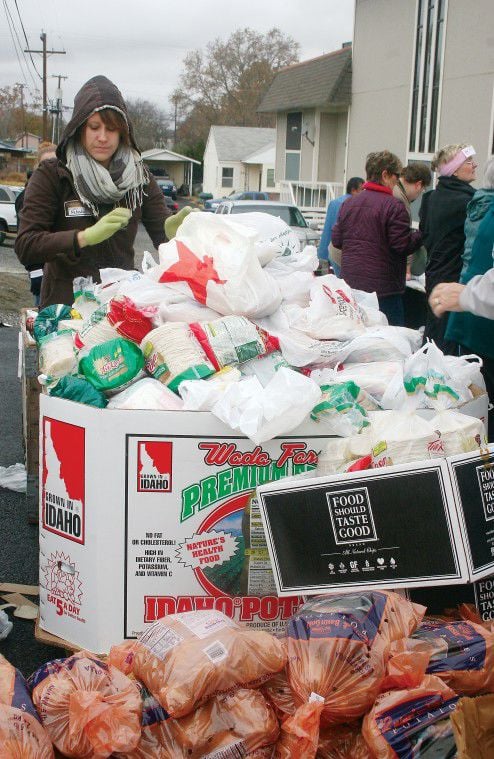 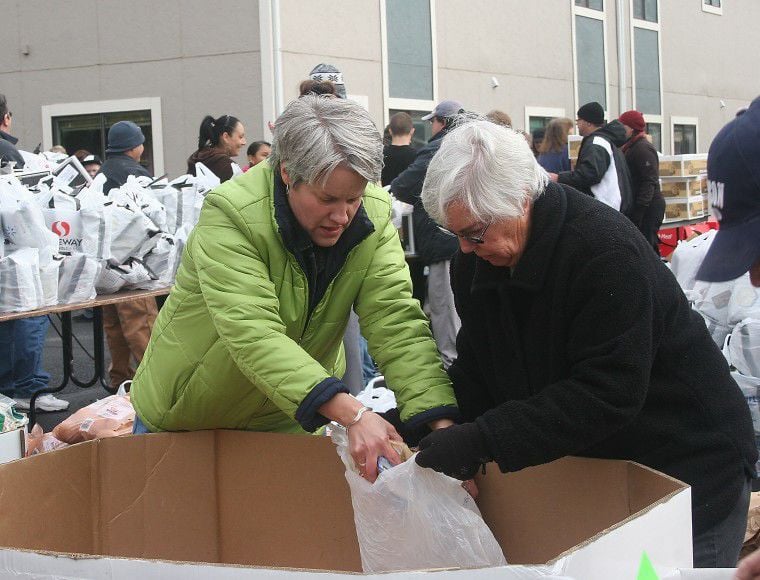 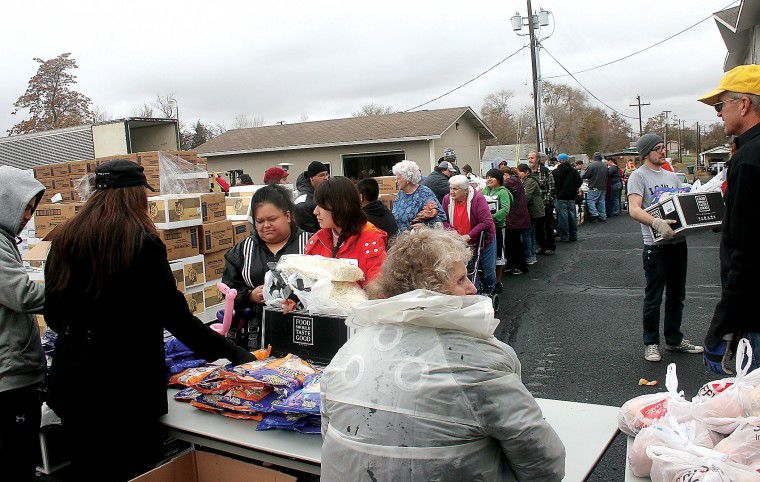 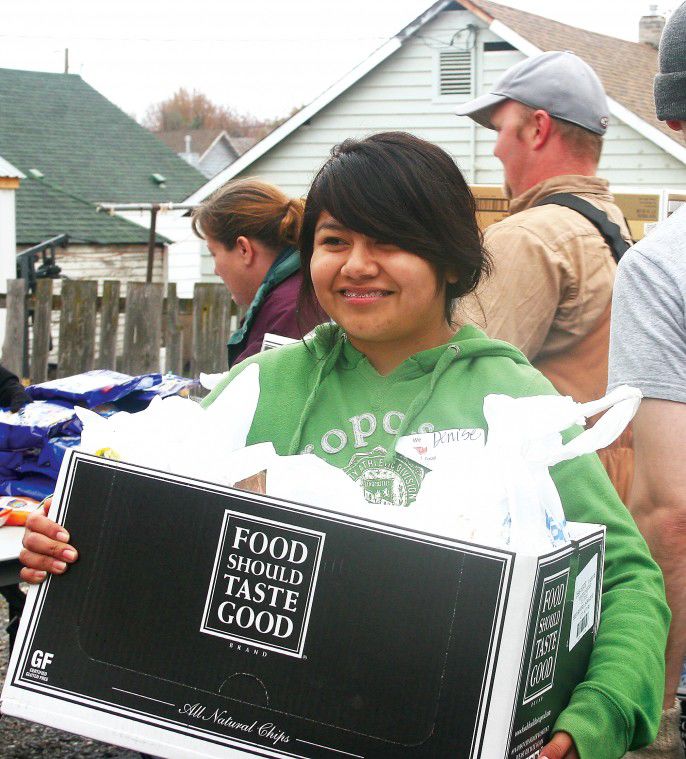 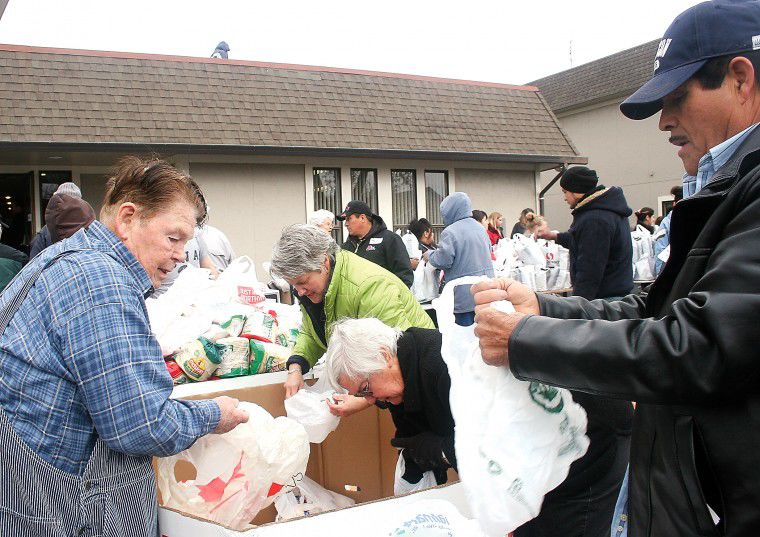 Ive heard several different stories from people who were homeless, some who had no food left at home, event organizer Rick England said. Everyone that I talked to was very appreciative and wanted to say thank you to all the groups that helped out with providing the food. I felt like it went very well.

The Give-Away featured local food donations as well as a filled 18-wheeler from Northwest Food Bank, formerly Freedom Resource Center of Idaho. England, associate pastor of Hermiston Assembly of God, organized the Give-Away at the church.

Before the event, 87 volunteers has signed up to work at the event from Hermiston Assembly of God and Templo De Fe Esperanza Y Amor Iglesia De Dios (Faith Hope and Love Church of God), but Assembly of God senior pastor Terry Haight said unexpected volunteers continued to arrive on Saturday.

I am very thankful for the volunteers, he said. Total strangers have come and said, Im here to help.

Organizers expected about 500 families  representing 1,200 people  to claim goods at the Give-Away. More than 700 families arrived.

This is our fist time doing this, so we werent sure how the community of Hermiston would respond, Haight said. The turnout is more than we expected. I was a little worried this morning because there was no one here. About 9 (a.m.) they really started piling it in, and there continues to be a steady stream of people.

In addition to giving away food items, volunteers also ran a prayer team, praying for those at the event as well as any prayer requests.

We are offering prayer for anyone who wants it. Were serving physical needs and spiritual needs, Haight said. Its completely volunteer, but its here for those who need it.

With the large crowd, volunteers continued to give out boxes until 1 p.m.  an hour before the planned ending  when the food ran out.

All we had left were cases of hashbrowns, which we donated to Agape House, England said. It sounds like we really met a need, so were excited about that. Weve already been in conversation with the food bank out of Idaho. Were looking at the possibility of doing a summer one, possibly in July. Were just in the beginning stages of that.

Monday, the organizer said the Give-Away highlighted a need in Hermiston and benefitted not only those who received food, but those who helped out as well.

I felt really good about the whole event, England said. I spent most of my time outside carrying stuff out for people. I think it was as much a blessing to the people who worked as it was to the people who received. Were looking forward to doing it again in the future.