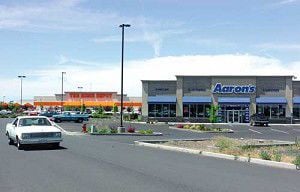 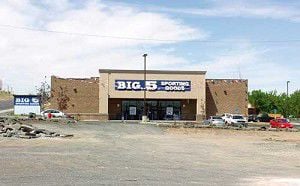 In November 2006, Hermiston was considered one of the fastest growing cities in Eastern Oregon and it appears to continue that trend.

The 1990 U.S. Census recorded the city's population as 10,047. Within the next 10 years, Hermiston experienced a 24- percent increase in population. By 2007, that number had jumped another 17 percent, says the staff at the Portland State University Population Research Center.

"We work strongly with the state of Oregon, and the site professionals in marketing Hermiston for retail, commercial and industrial opportunities," he said.

The city retained MapInfo in 2006 to assess how well its infrastructure and economic base could support a variety of retail categories. The analysis MapInfo completed showed the community could support between 120,300 and 174,000 square feet of new retail development. The fact The Home Depot chose Hermiston over Pendleton, the report suggested, underscored the retail desirability of the area.

Jones said the city used that retail market analysis to woo Big 5 Sporting Goods to Hermiston. Although the process was a long one, stretching several months, Big 5 believed Hermiston was the place to be.

"In the end, it was Hermiston's "can do" attitude that brought them here," said Jones. "They recognized that we were a pro-growth community."

That can do attitude also brought The Home Depot, a real coup considering Pendleton's city manager announced The Home Depot was coming to Pendleton. The problem was, the company hadn't secured the property. Jones contacted them, told The Home Depot management the city wanted the store in Hermiston and asked what they needed to make that decision.

"We provided them with information about possible sites, demographic and retail market analysis," Jones said. "Bottom line - we sold them on the fact that Hermiston was the best site."

Many commercial and industrial businesses come to Hermiston for another reason - Hermiston is considered a transportation hub.

Situated at the junction of Interstates 84 and 82, with the Columbia River to the north and rail lines stretching from east to west, north to south, Hermiston is well-positioned for industry to ship goods either from or through the city.

Hermiston is home to one of 20 "project ready" sites in Oregon. The 250-acre Cook Industrial site has railroad spur access and is within seven miles of the Columbia River and the Port of Umatilla. Electric service, natural gas, telecommunications and city water and sewer are adjacent to the property. The city owns property in an existing office park with about three acres available for a professional office space. The city also owns property zoned for light industrial at the Hermiston Municipal Airport Industrial Park.