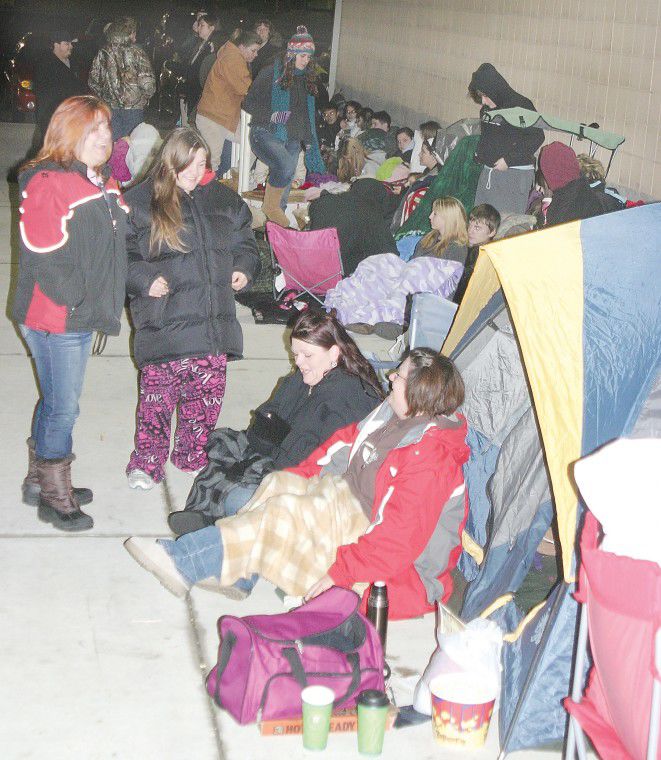 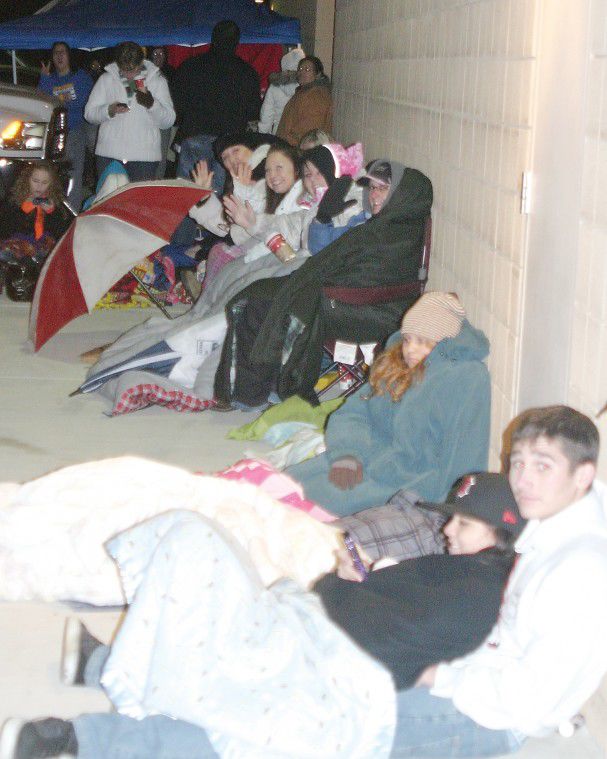 Occupy Hermiston? Not quite.

Through rain and wind and 36 degree temperatures, a crowd of people camped out for hours with tents, umbrellas, blankets and sleeping bags, but rather than seek political action, the group of dedicated fans waited Thursday at Hermiston Stadium 8 Cinemas for the midnight showing of The Twilight Saga: Breaking Dawn Part 1.

Michelle Darlington waited at the front of the line.

Tickets for the showing went on sale a month ago. But when the theater opened at 8 a.m. Thursday morning, cinema staff said fans were already waiting when the window opened.

In the afternoon, the line began forming, eventually wrapping around the side of the building.

Amber Dixon and Candi Trukositz brought a tent when they arrived just after 3 p.m. Trukositz said the nine-hour wait was nothing compared to the wait for the release.

Weve been waiting for this for six months, she said. We came this afternoon because we want to get the best seats in the house.

Kayla Cerda also arrived around 3:30 p.m. You have to get here early to see it first, that way you dont hear about it from anyone else, she said. This movie is so worth it.

During the wait, the fans ordered pizza, played Twister and debated the finer points of Jacob and Edward, the franchise male leads.

One fan, Donna Bursell, said she had also bought a seat for a family member, who would be bringing her seven-week old daughter.

Its going to be her first movie, she said.

Other groups also made the premier a family event. Darlington was joined by 10 to 15 members of her family, including Noel Payne, for the event.

Its become a family tradition, all of us coming together to see movie openings, Payne said. Its an experience, something we get to bond over.

As the clock ran closer to midnight, the fans were already looking toward the release of Breath Dawn Part 2, slated for 2012.

Well be here next year, probably around the same time, to see part 2, Dixon said. But next year, were going to come at noon.

Cinema staff said all eight theaters would show the movie at midnight and they expected to sell out.