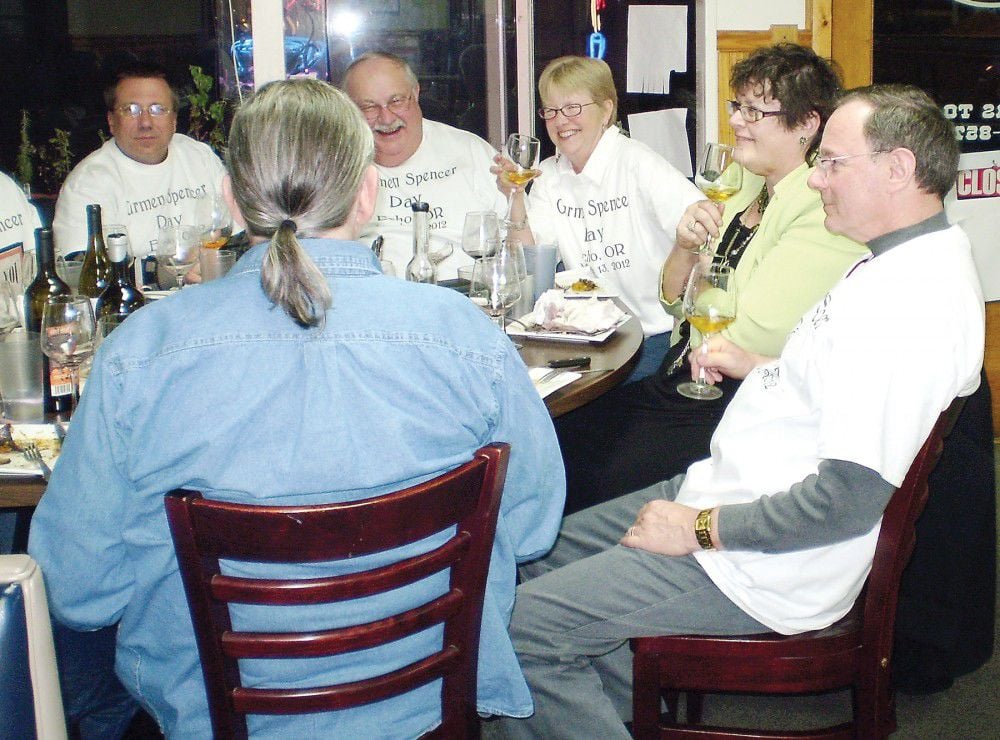 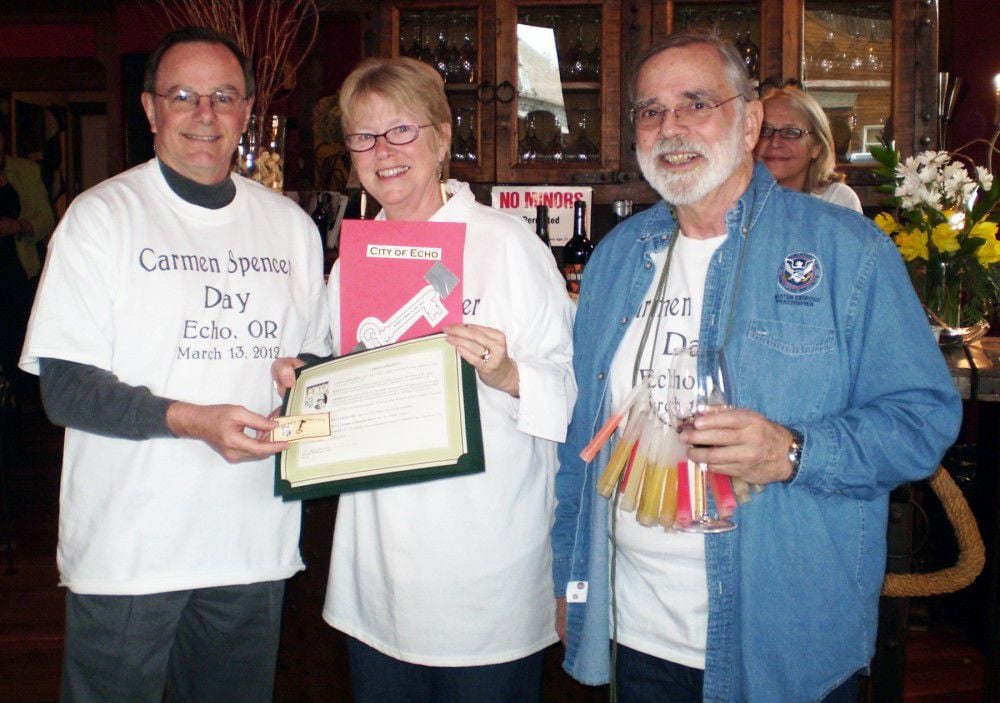 The little town of Echo continues to do things that prove it to be one of the hidden gems of Eastern Oregon.

Spencer was in the area for the March 15 Umatilla Chemical Depot End of Operations Ceremony. He was also invited to spend some time in Echo by Richard Winter, who is part of the Chemical Stockpile Emergency Preparedness Program and also happens to be the mayor of Echo.

It turned into a party.

We decided that it would be fun for Echo to proclaim March 13 Carmen Spencer Day, Winter said in an email. Diane Berry, our City Administrator, assembled appropriate T-Shirts and provided gift baskets for Carmen, Dennis Legel and Rich Brleitch, in the area for the Umatilla Depot End of Operations celebration.

The group, joined by a variety of Echo residents and business owners, enjoyed a stop at the Sno Road Winery tasting room, then took in a multi-course gourmet meal at the H&P Cafe, prepared by owner Challis Buck. The following day, Spencer took a tour of the area with Sno Road owner Lloyd Piercy.

Carmen graciously accepted our Proclamation and key to the City, and appeared to enjoy the food and wine and a day away from the rigors of representing the Army at the various chemical weapons storage and disposal sites and dealing with similar issues literally around the world, Winter wrote.

Spencer, it appears, was duly impressed with the pleasantries Echo had to offer.

In an email, he added this note: I would add that the hospitality, generosity and graciousness of the people of Echo was unsurpassed and the dinner prepared by Challis will be most memorable.