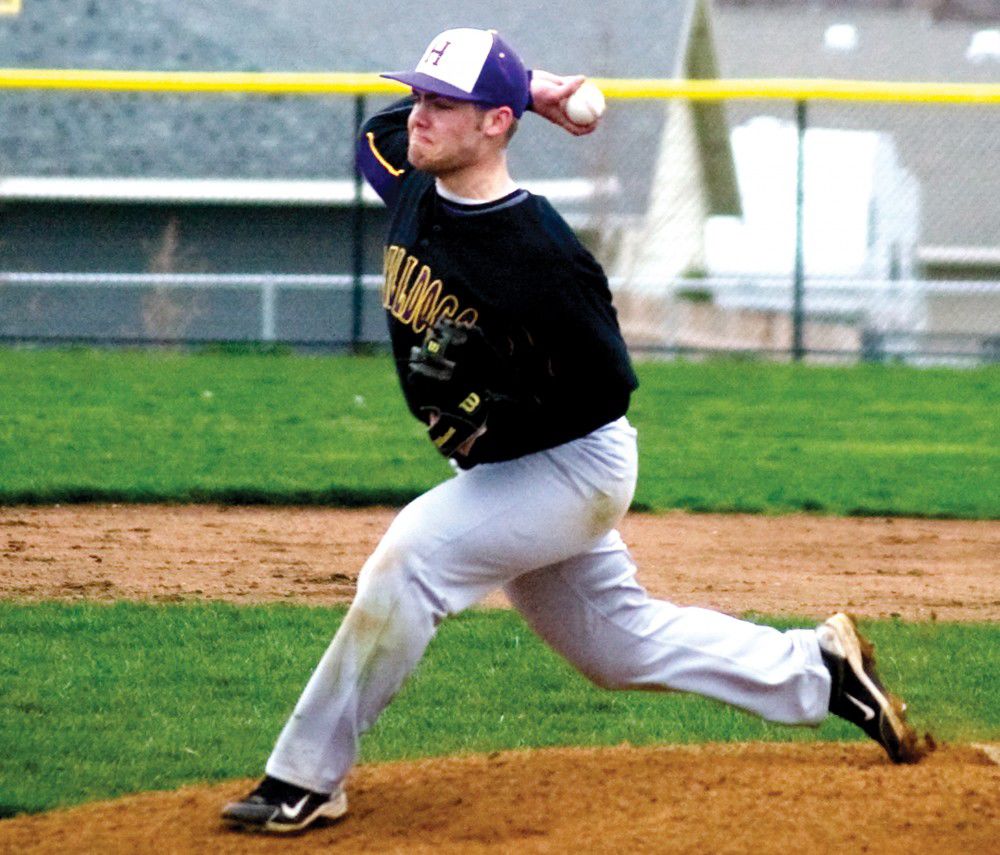 <p>Hermiston pitcher Alex Campbell throws from the mound during a high school baseball game Tuesday at Armand Larive Middle School. Campbell was stellar on the hill for the Dawgs with six innings pitched and just one hit allowed. However, he received a no decision for his efforts as the Dawgs lost to Class 6A Sunset, 4-3.</p> 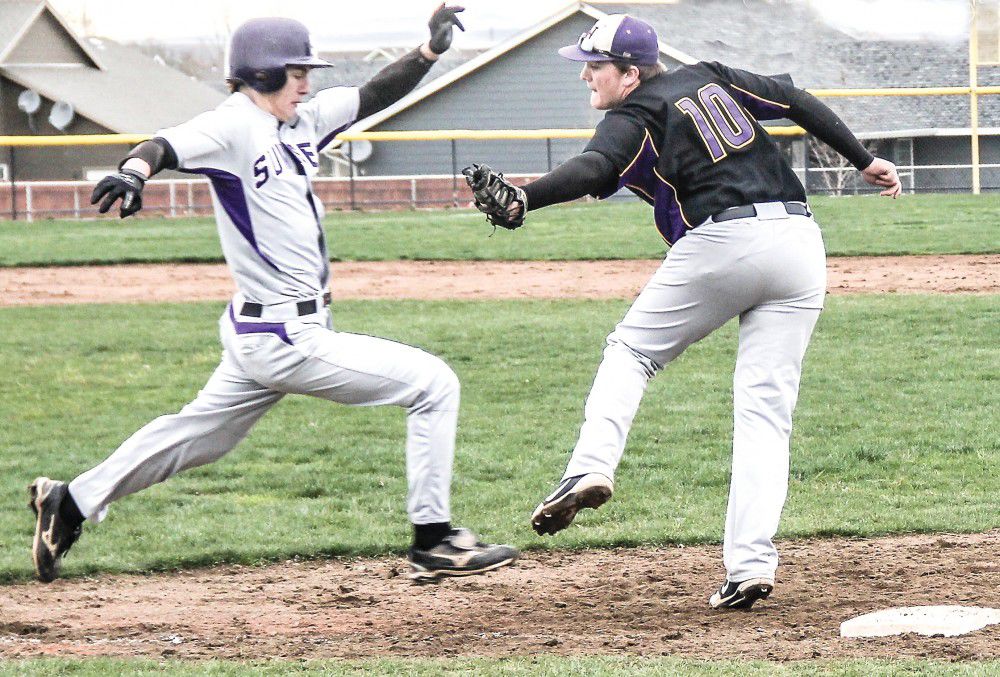 <p>Hermiston pitcher Alex Campbell throws from the mound during a high school baseball game Tuesday at Armand Larive Middle School. Campbell was stellar on the hill for the Dawgs with six innings pitched and just one hit allowed. However, he received a no decision for his efforts as the Dawgs lost to Class 6A Sunset, 4-3.</p>

Sunset scored four runs in the seventh inning and held off a late rally by Hermiston to escape with a 4-3 win Tuesday in the Hermiston Spring Break Classic baseball tournament at Armand Larive Middle School.

Hermistons Heath Baldock smashed a line drive up the middle that more than likely would have plated the game-tying run, but the Sunset shortstop snatched it for the final out.

Hermiston scored two runs, one from an Austin Kopacz double and the other from a Camran Pollick single, to help bring the Dawgs within a run.

The teams played five scoreless innings until Hermiston broke through in the bottom of the sixth when a bases-loaded pitch beaned Dawgs shortstop Sean Smith.

The Apollos went to work in their half of the seventh and loaded the bases with no outs thanks to a walk, hit by pitch and bunt single.

It looked like Hermiston reliever Heath Baldock would get out of the inning unharmed after he struck out Zane Bambusch and coaxed a weak flyout out of Cam Russ, but an error in the outfield led to two runs to give the Apollos the lead.

To make matters worse for the Dawgs, another run scored on a passed ball then Sunsets Jacob Cole hammered a double to deep centerfield to plate one more, making the score 4-1.

Baldock struck out Ben Burros looking to end the inning.

He mixed in a sweeping curveball with his fastball and change-up to keep the Sunset hitters off-balance all game long, but with his pitch count creeping up near 100, Hermiston coach Brent Mattson went to the bullpen to his hard-throwing righty Baldock for the last inning.

Baldock opened the seventh with seven straight balls, but eventually started hitting the strike zone to keep the Dawgs in line for the win until the dropped fly ball with two outs allowed the go-ahead run to score.

In the late game Tuesday, Hermiston battled Class 6A Reynolds, but the game ended after the Heralds press deadline.

Districts get a running start on distance learning

Umatilla County behind in census reporting as COVID-19 disrupts efforts