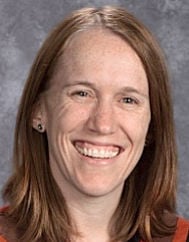 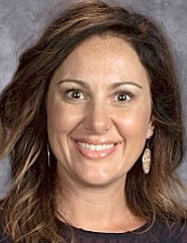 Hermiston High School Generation College students are continuing a tradition of recognizing elementary and middle school teachers whose hard work and inspiration helped them realize their dreams and sparked the desire to pursue a college degree.

According to a news release from the district, the Geny Award given by the club symbolizes the teamwork needed to help students reach their dreams, and honors those that provided a helping hand when students faced challenging moments.

HHS seniors Eliana Esparza and Anthony Jiménez, who both plan to attend Western Oregon University in the fall, said that Lusted helped them with other classes by checking in with them to make sure they stayed on track.

“Mrs. Lus-ted helped me with my shyness with her jokes and giving me advice to prepare me for high school,” Esparza said in a statement. “She inspired us to be a better person by being herself.”

Lusted responded to the award by saying she was very honored to receive it, according to the news release.

“It is nice to know that I made a difference, that my seventh- and eighth-grade students still remember our time together, and that it still is impacting them to this day,” she said in a statement. “I had teachers in my past that I still reflect back on that helped develop me as a person, and I’m so proud that I have done that for another student.”

Omar Sánchez, who plans to attend Portland State University, said he recalled fun, energizing lessons about plate tectonics, making ice cream, competing for the Golden Peanut in science class, but most of all that McElroy had a genuine interest in seeing her students succeed. He thanked McElroy for “teaching us to imagine.”

McElroy said she “could not be prouder to be part of the ripple of influence that Omar will undoubtedly continue.”

“I believe it takes each of us to make a difference for all of us. Omar’s willingness to reach back in gratitude is, frankly, inspiring. I’m honored to have made a difference in a life — there is absolutely nothing more rewarding,” she said.

Maria Alatorre Ledezma, who plans to attend Eastern Oregon University in the fall, selected Muldowney for being instrumental in her transition to the U.S. and in learning a second language.

“She’s the teacher that has had the biggest impact on me because she started teaching me this language and it’s something I’m never going to forget,” she said.

Muldowney said she was honored to work with Alatorre Ledezma at the beginning of her time in Hermiston.

“It was a time that really sticks out in my memory too, as I had just transitioned to Eastern Oregon from the Midwest,” she said. “We were learning new things together.”

This is the 15th graduating class since the inception of Generation College in 2004.

The club was established to support students who would be the first in their families to attend college through the application process. Geny Award recipients are encouraged to continue to impact and inspire future generations and spark many more conversations about college.