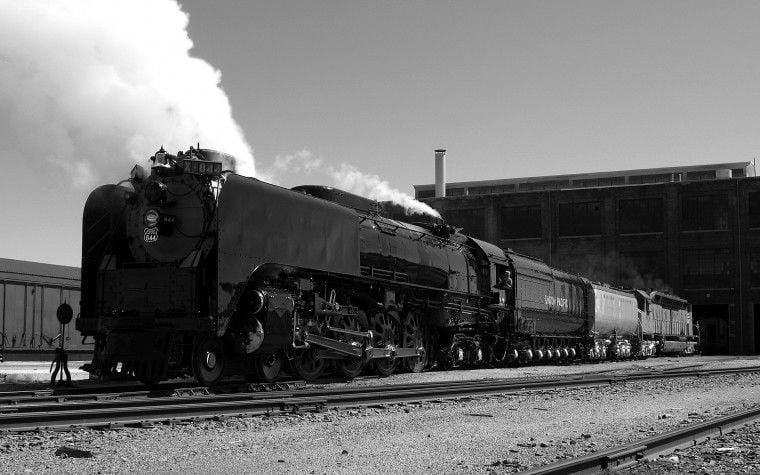 Steam engine No. 844 will make whistle stops at Hinkle and will be in Pendleton during the Centennial Round-Up. 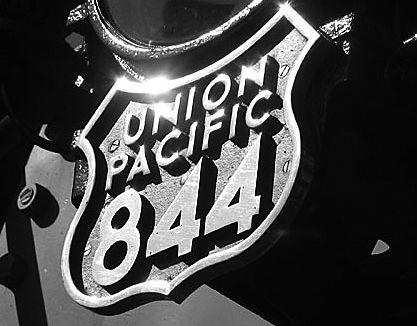 Steam engine No. 844 will make whistle stops at Hinkle and will be in Pendleton during the Centennial Round-Up.

Steam-engine enthusiasts have the opportunity to see a moving legend as Union Pacific plans to bring its No. 844 locomotive to the area Sunday, Sept. 12.

The train left Cheyenne, Wyo., on Sept. 8 and will arrive at the Hinkle-area stop at 77870 Hermiston Hinkle Road at approximately 6 p.m. Sunday evening.

It will depart for Portland on Monday morning, Sept. 13.

On its return journey, the train is scheduled to make a whistlestop in Hinkle at 2 p.m. on Wednesday, Sept. 15, before arriving in Pendleton an hour later to stop on layover and display until Sunday, Sept. 19.

Union Pacific plans to return No. 844 to Cheyenne on Thursday, Sept. 23.

The train is the last steam-powered locomotive Union Pacific ordered. It was built in 1944 and is the oldest never-retired train of its kind in the country.

According to the Union Pacific website, the locomotive weights over 450 tons and measures nearly 115 feet long.

Its boiler, which measures over 22 feet in circumference, provides motion by applying 300 pounds of pressure to 23,500 gallons of water.

Earlier this summer, the locomotive stopped in Colorado and made an eight-state roundtrip tour to southern Texas in the spring.