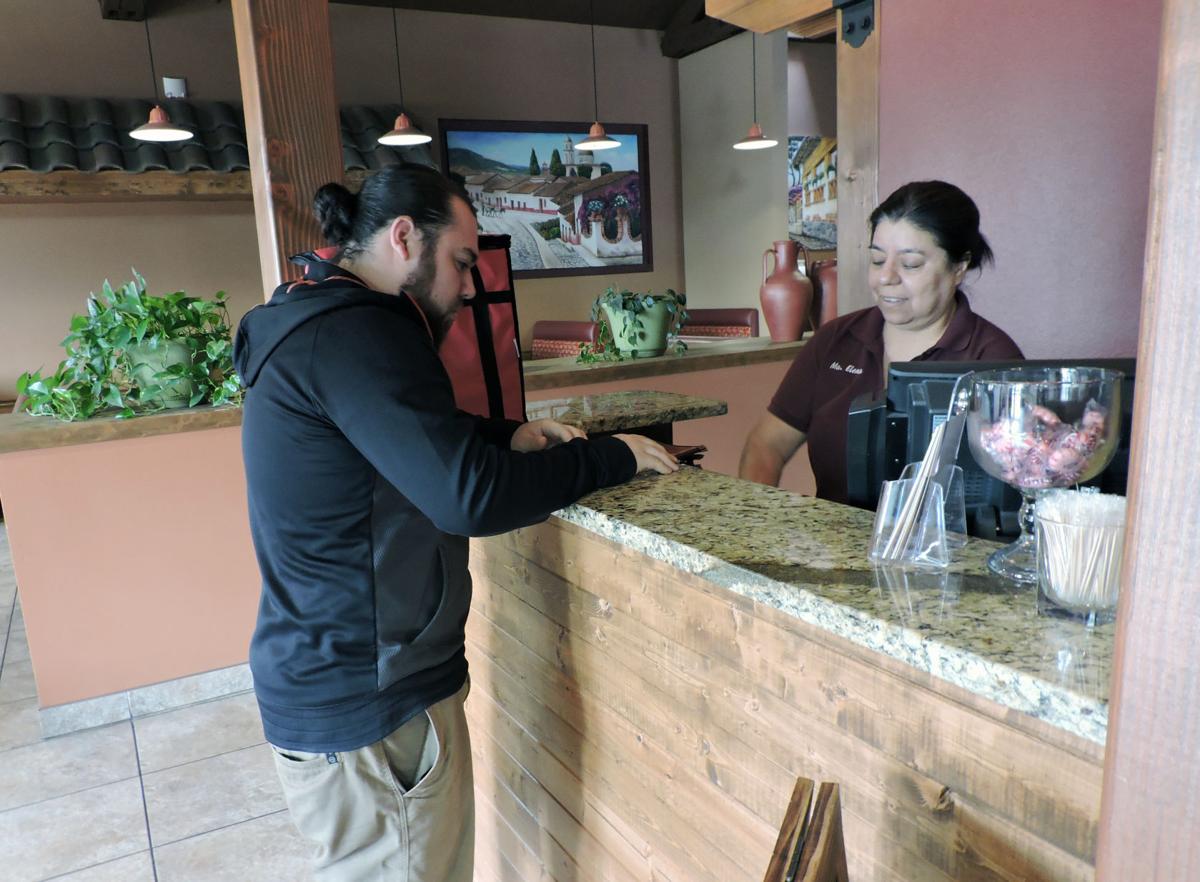 Deigo Arriola, left, picks up an order from La Palma in Hermiston on Friday before taking it to a customer of 541 To Go. 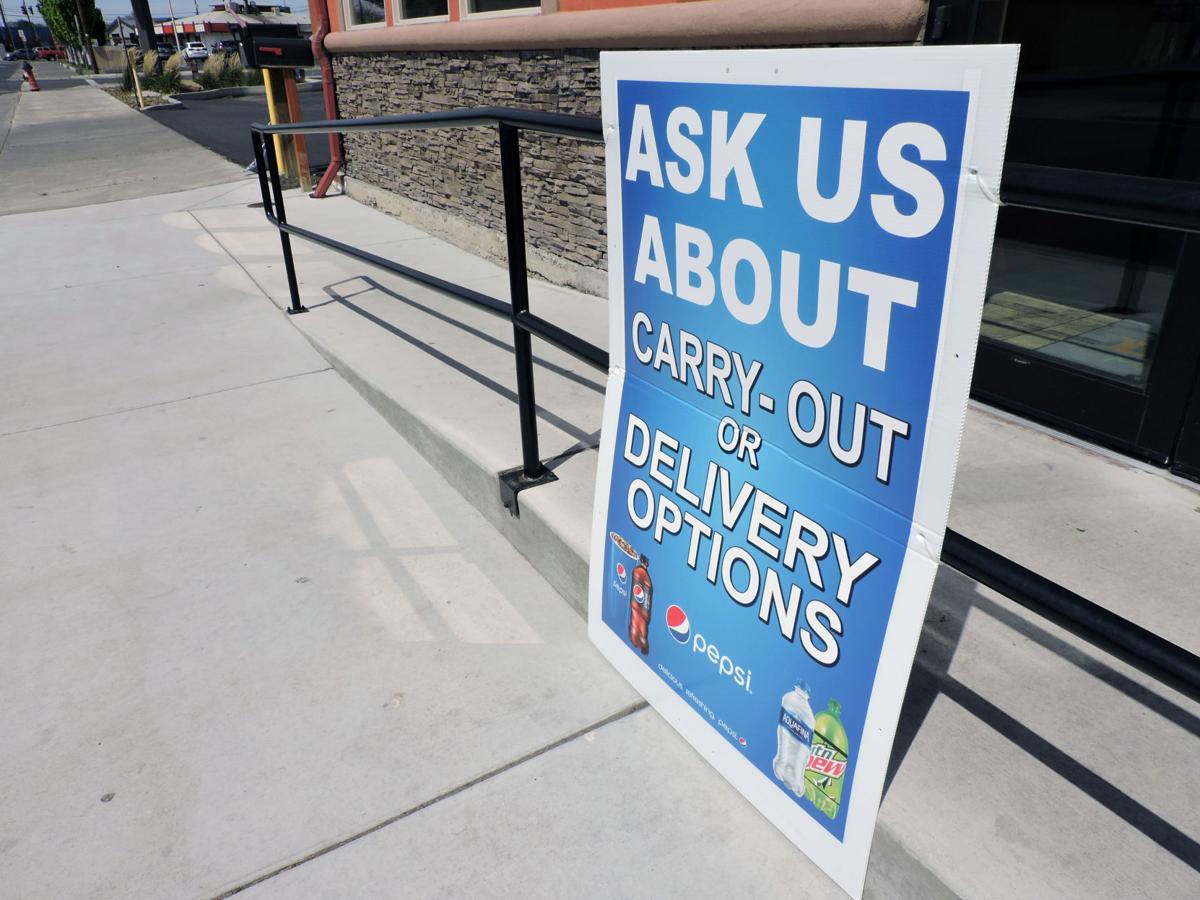 La Palma in Hermiston advertises its carry-out and delivery options during the COVID-19 shutdown. The Mexican restaurant is one of the most popular options for 541 To Go customers.

Deigo Arriola, left, picks up an order from La Palma in Hermiston on Friday before taking it to a customer of 541 To Go.

La Palma in Hermiston advertises its carry-out and delivery options during the COVID-19 shutdown. The Mexican restaurant is one of the most popular options for 541 To Go customers.

Starting a new business takes hard work and skill, but a little bit of luck doesn’t hurt too.

For 541 To Go, it turns out March 2020 was the perfect time to launch a business that involves helping people stay home.

“Obviously, we opened up in kind of an interesting time,” owner Arley Atkins said.

541 To Go allows people to order food from Hermiston-area restaurants online and have it delivered to their door. The business includes about 20 different offerings, from fast food chains like Taco Bell to sit-down diners like The Pheasant. It also includes grocery pickup from Walmart.

Food delivery services had already caught on in other cities before the pandemic, but many people still preferred sitting down with their family, friends or co-workers for a restaurant meal. Now that Oregon restaurants are all takeout-only, however, delivery might seem like a more attractive option.

“It’s hard to tell if people are using it more because it’s one of their only options, or if it’s something people would use anyway,” Atkins said.

He said there are downsides to opening a new business in a pandemic, too. The layoffs and overall economic downturn caused by COVID-19 has caused a lot of people to tighten their budgets, including fewer splurges on food items.

Atkins had hoped to have more restaurants on the 541 To Go website when it launched in March, but some of those restaurants have closed completely for the duration of the shutdown. And some would-be customers don’t feel comfortable eating food handled by anyone else right now, even though the World Health Organization has stated that the virus doesn’t appear to be passed through food.

Other people are grateful for the service, however, that allows for contactless delivery as they prepay online, and then drivers use a company credit card to pay for the food at the restaurant.

“People have been awesome, and the drivers have been giving me good feedback from customers,” Atkins said.

One of those drivers, Diego Arriola, was making the rounds on Thursday. Shortly before noon, he picked up an order from La Palma and placed it in an insulated red delivery box to keep it hot as he drove it to the customer’s home.

Arriola said La Palma is one of the most popular restaurants he picks up deliveries from, along with Panda Express.

He said he usually gets an order about every 10 to 15 minutes once restaurants open for the day.

“I’ll wait at home until I get my first order, and then I’ll be around town,” he said.

If he has a short lull, he usually parks somewhere central and waits in the car for a notification.

He said it was a good job opportunity after his previous restaurant job was affected by COVID-19, and said tips are always appreciated.

“The bigger the better,” he said.

541 To Go isn’t the first delivery service Atkins started. He began with one in Baker City, then expanded to Pendleton, and now has expanded to Hermiston. He said he plans to consolidate all three businesses soon under the Hermiston model’s 541 To Go name (so named for the local area code), and is planning on launching a corresponding mobile app to make ordering easier on a phone.

He said he hopes the business helps restaurants during this difficult time by providing them a place to post their menu online — something that has hindered some small owner-operated restaurants as they have tried to switch to takeout-only.

“It’s beneficial to the restaurants in a lot of ways, especially in rural areas, because a lot of them don’t have websites. They don’t even have Facebook pages,” he said. “This gets their name out there.”