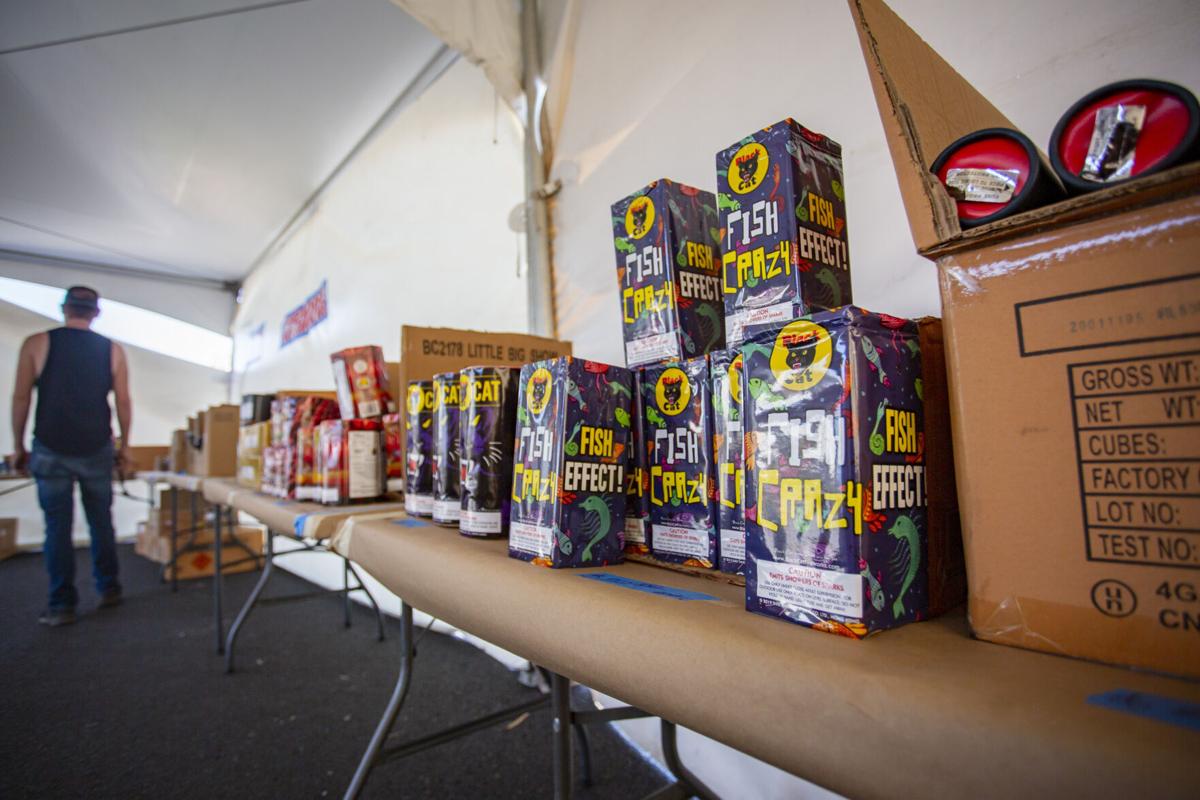 Fireworks sit on a table at the Black Cat fireworks stand in Hermiston on Monday, June 28, 2021. Lesley Phillips, who runs the stand, said she received roughly half her expected product due to shipping hangups. 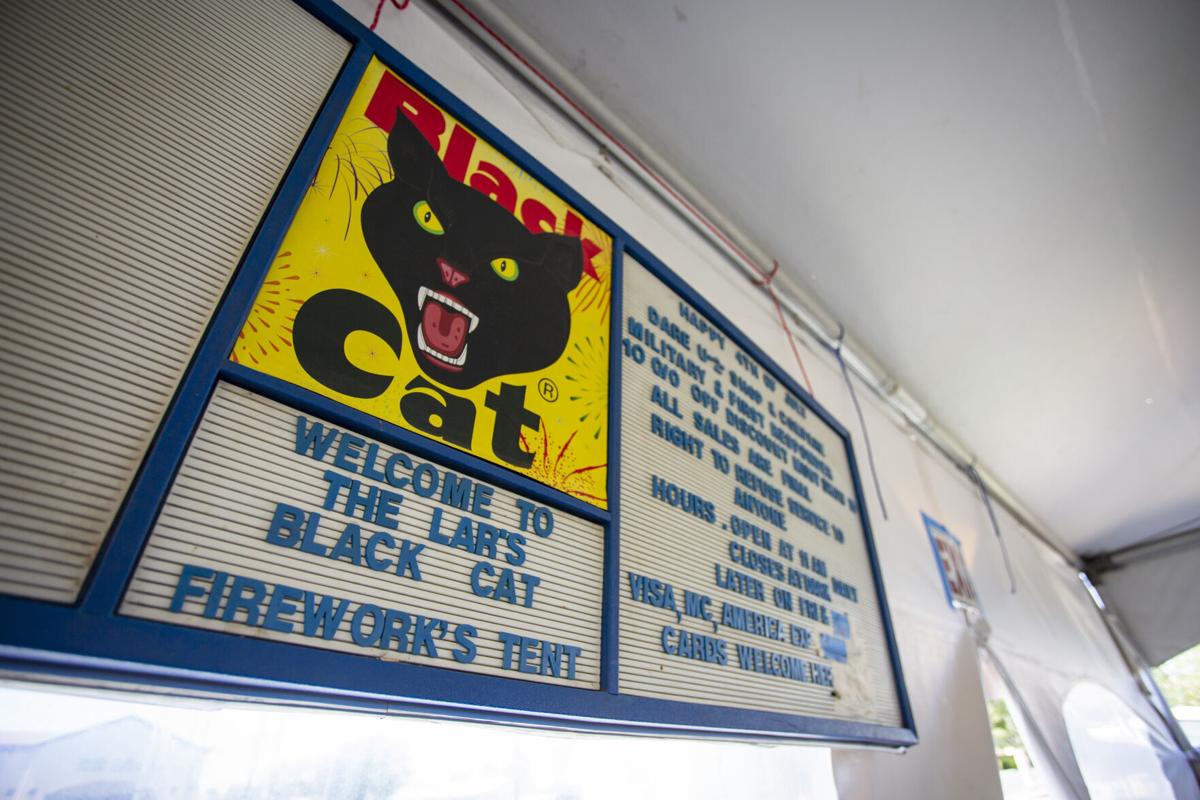 The Black Cat fireworks stand near Grocery Outlet in Hermiston received roughly half of its expected order of fireworks, due to supply issues that are hitting fireworks sellers across the county. 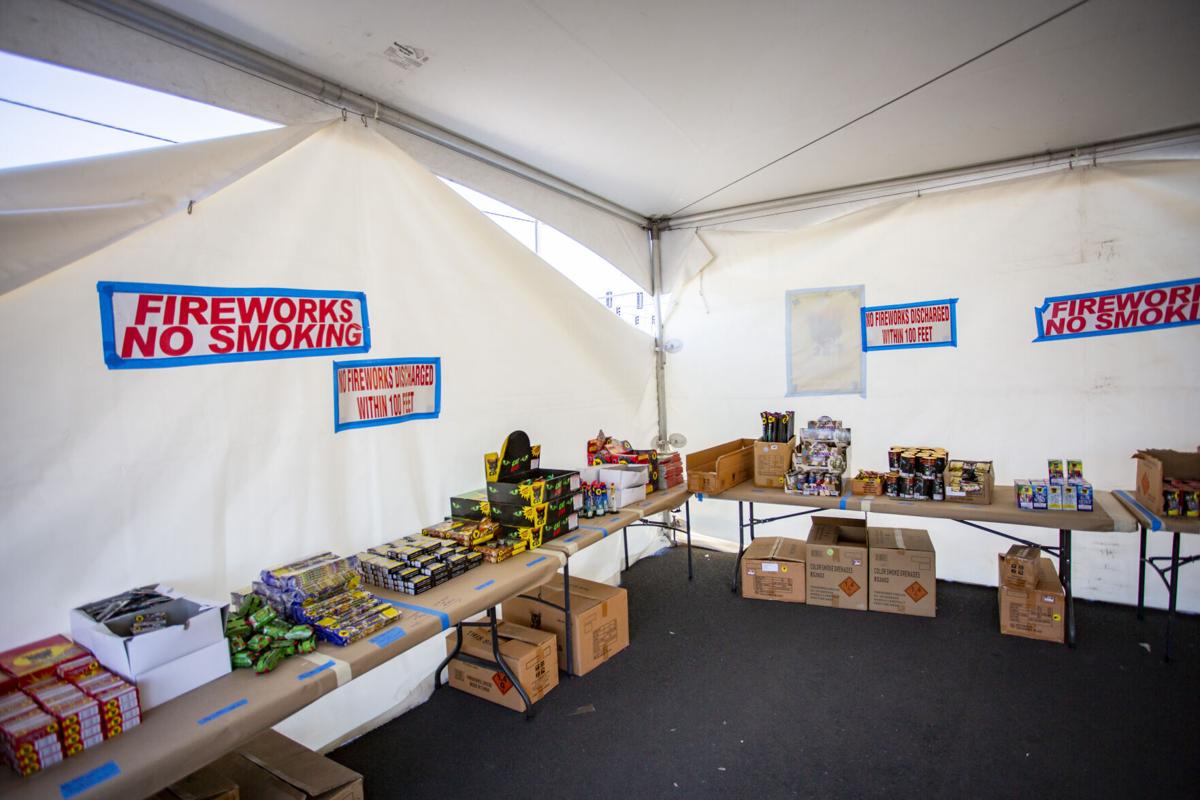 Fireworks sit on a table at the Black Cat fireworks stand in Hermiston on Monday, June 28, 2021. Lesley Phillips, who runs the stand, said she received roughly half her expected product due to shipping hangups.

The Black Cat fireworks stand near Grocery Outlet in Hermiston received roughly half of its expected order of fireworks, due to supply issues that are hitting fireworks sellers across the county.

Shipping problems are causing a fireworks shortage at local stands, according to suppliers.

Lesley Phillips, who runs the Black Cat fireworks stand near Grocery Outlet in Hermiston, said much of the inventory she ordered is on a ship at the Port of Tacoma thanks to a shortage of longshoremen and truck drivers. As a result, she said Friday, June 25, she thinks she may be sold out before the Fourth of July.

“I advertised we would be here until the Fourth, and then two days later I found out I’m only getting half my shipment,” she said.

The problem seems to be a national one — Phantom Fireworks, one of the nation’s largest retail fireworks companies, put out a statement urging consumers to buy early this year.

“Like many other industries, the fireworks industry has also experienced delays due to shipment challenges facing the global market,” said Alan L. Zoldan, Phantom executive vice president. “The good news is that we prepared early in anticipation of high demand again this year, and are encouraging Phantom customers to do the same.”

Phillips said she has heard from other people who sell fireworks in the area that they are also having problems.

“We’re all kind of in the same boat (no pun intended) because it all comes from China,” she said.

Cami Satterwhite, who runs two fireworks stands in Pendleton, said her shipment of fireworks this year was about $10,000 short. That’s about half her typical supply.

She expects they will lose about $2,000 worth of profit this year due to the shortage. And they will be sold out well before July 4.

“If people want them, they better come get them,” she said.

Satterwhite said her brother, who owns a fireworks booth in The Dalles, and a friend who owns a stand in Baker City, each told her they only received about half their usual supply this year.

Hermiston-area residents can support veterans by purchasing their fireworks from the stand hosted by Hermiston’s American Legion Post 37 outside of Walmart.

Post Chaplain Aaron Wetterling, a Vietnam veteran, said in a news release that veterans will be staffing the stand and all proceeds from the sales will go to support veterans.

“We are Vets helping Vets,” he said. “That’s what the American Legion is all about.”

Wetterling said all volunteers selling fireworks at the American Legion took two “intense” training classes on fireworks and had to pass a test, so they know what they’re talking about if shoppers have questions. They can direct people toward something that won’t produce loud noises that might scare pets, if that’s what they’re looking for, for example.

“Your average department-store clerk doesn’t know a ‘Revolution’ from a ‘Pop-it,’” Wetterling said. “We do.”

Like other fireworks stands, Cathy Stolz of the American Legion said their stand received fewer fireworks to sell than in previous years, particularly when it comes to the big packages, as fireworks remain stranded in ships off the West Coast.

The fireworks stand is guarded each night by armed American Legion members, she said, and during the day features a large swamp cooler and several fans to help keep the temperature down.