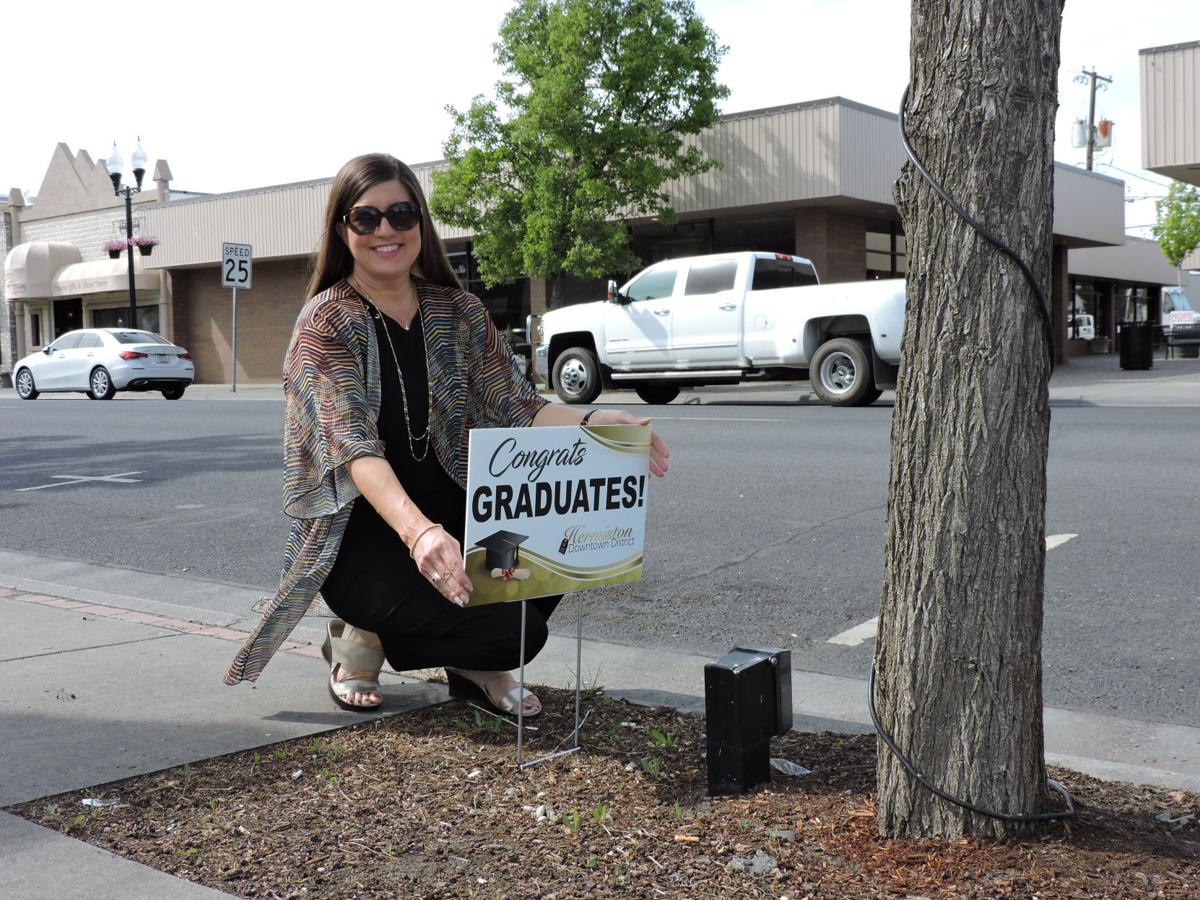 Judy Currin-Pederson, of the Hermiston Downtown District, places a sign in front of a Main Street business congratulating graduating seniors. 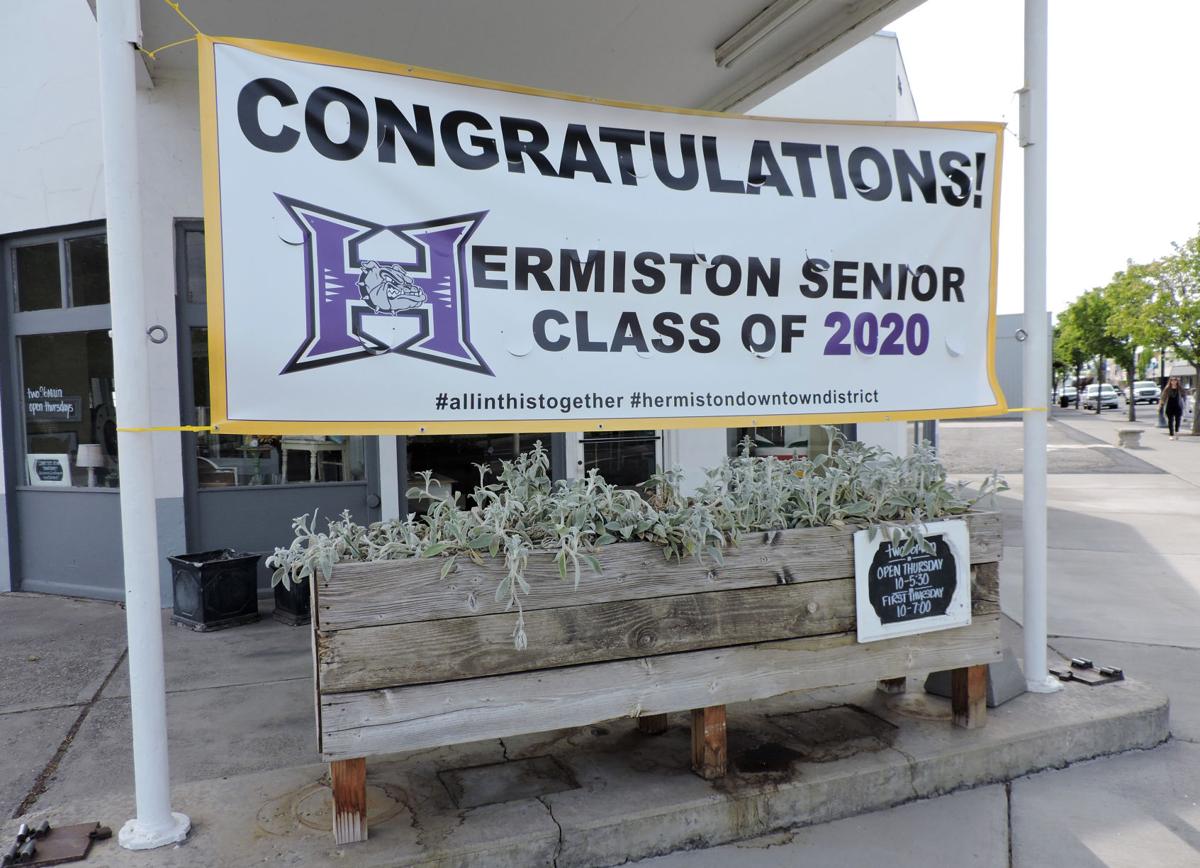 A banner at the corner of Main Street and Third Street in Hermiston is available for graduating seniors to take photos.

Judy Currin-Pederson, of the Hermiston Downtown District, places a sign in front of a Main Street business congratulating graduating seniors.

A banner at the corner of Main Street and Third Street in Hermiston is available for graduating seniors to take photos.

After years of families supporting local businesses, Hermiston Downtown District wants to show its support for high school seniors and their families.

Members of the district put up signs all along Main Street on Monday afternoon, congratulating area seniors on their upcoming graduation. Judy Currin-Pederson of Lucky Endz Gifts, president of the downtown district, said they hope seniors take some time to drive through downtown and see the signs in their honor. There is also a large banner at the corner of Main Street and Third Street where they can take selfies or a family portrait in their cap and gown.

“We just want people — with social distancing, obviously — to come down and do a photo,” Currin-Pederson said.

The photos and banner were the brainchild of Teri Thompson, owner of American Printing. Thompson said she wanted to do “a little something” to make sure students felt recognized even though their school year was disrupted by COVID-19.

“I wanted to have a wow factor for the the grads, since they’re not getting to have their normal graduation,” she said.

Hermiston School District has announced that it will hold some sort of graduation celebration for students on June 4, even though it won’t involve a traditional commencement ceremony with everyone together.

“It won’t be a group,” Superintendent Tricia Mooney said. “We won’t have all the seniors together in a room like has been traditional, but they will have an opportunity to walk across a stage and be handed their diploma in a cap and gown.”

The Hermiston Herald and East Oregonian are also planning to honor graduating seniors the week of May 27, with a special section distributed with the newspapers that features the senior photos from Umatilla County and Morrow County schools, and sponsored messages of congratulations from businesses.