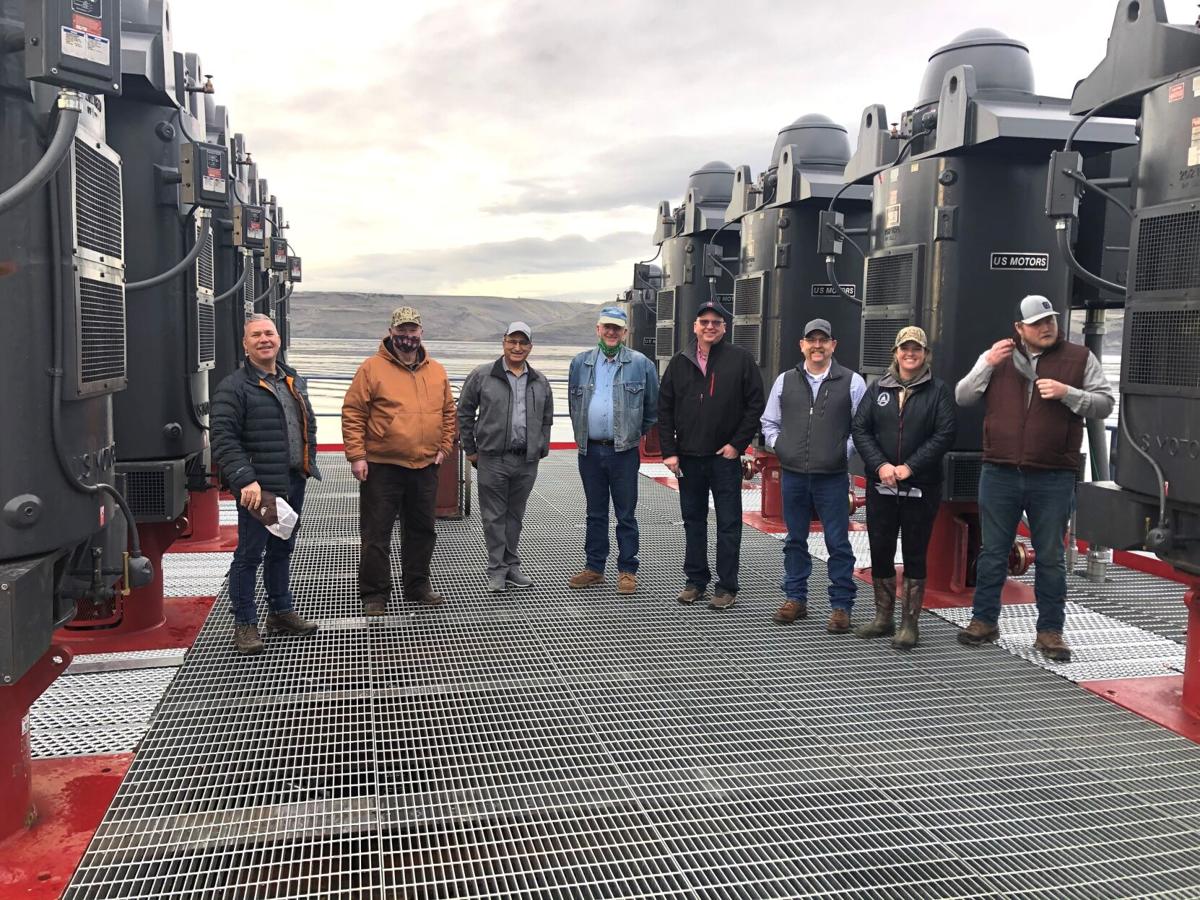 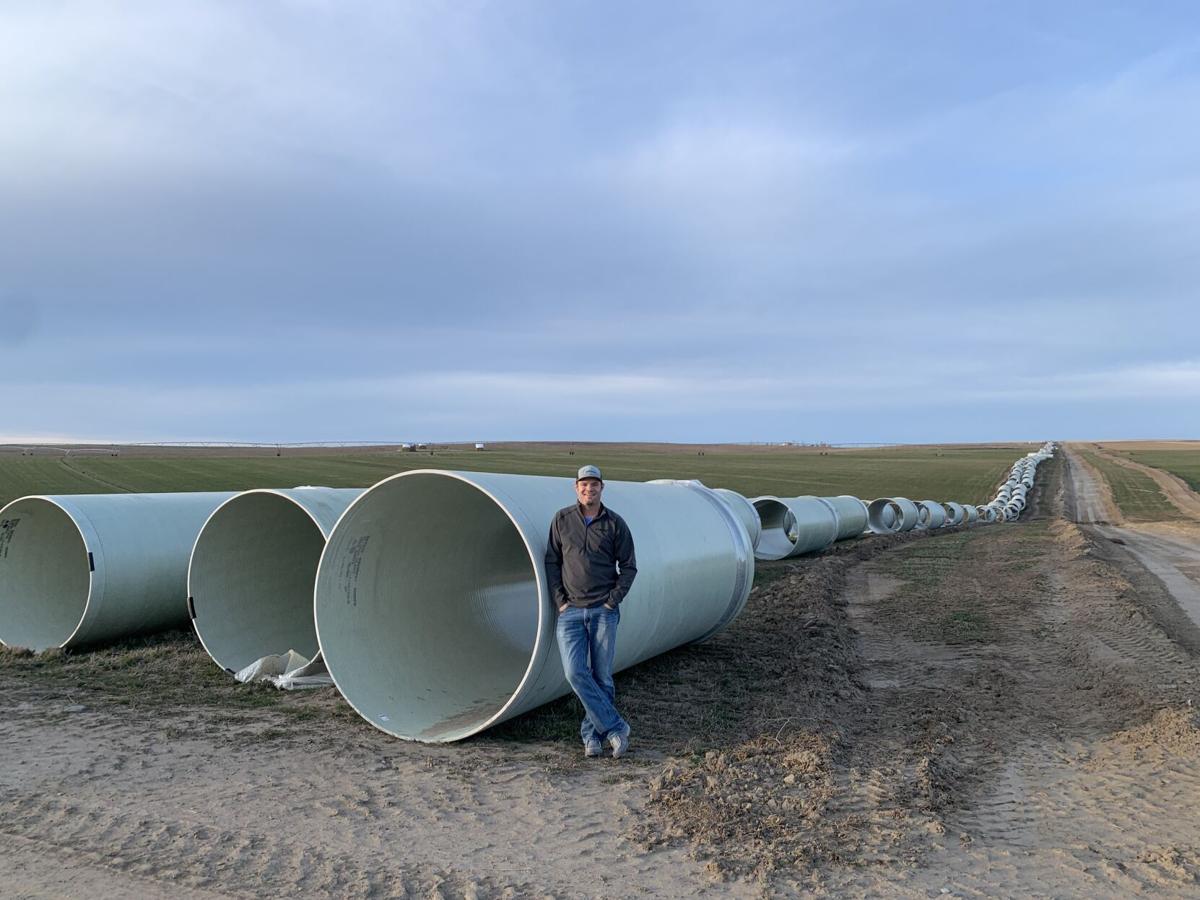 J.R. Cook, director of the Northeast Oregon Water Association, shows off a 68-inch main line for the East Project. 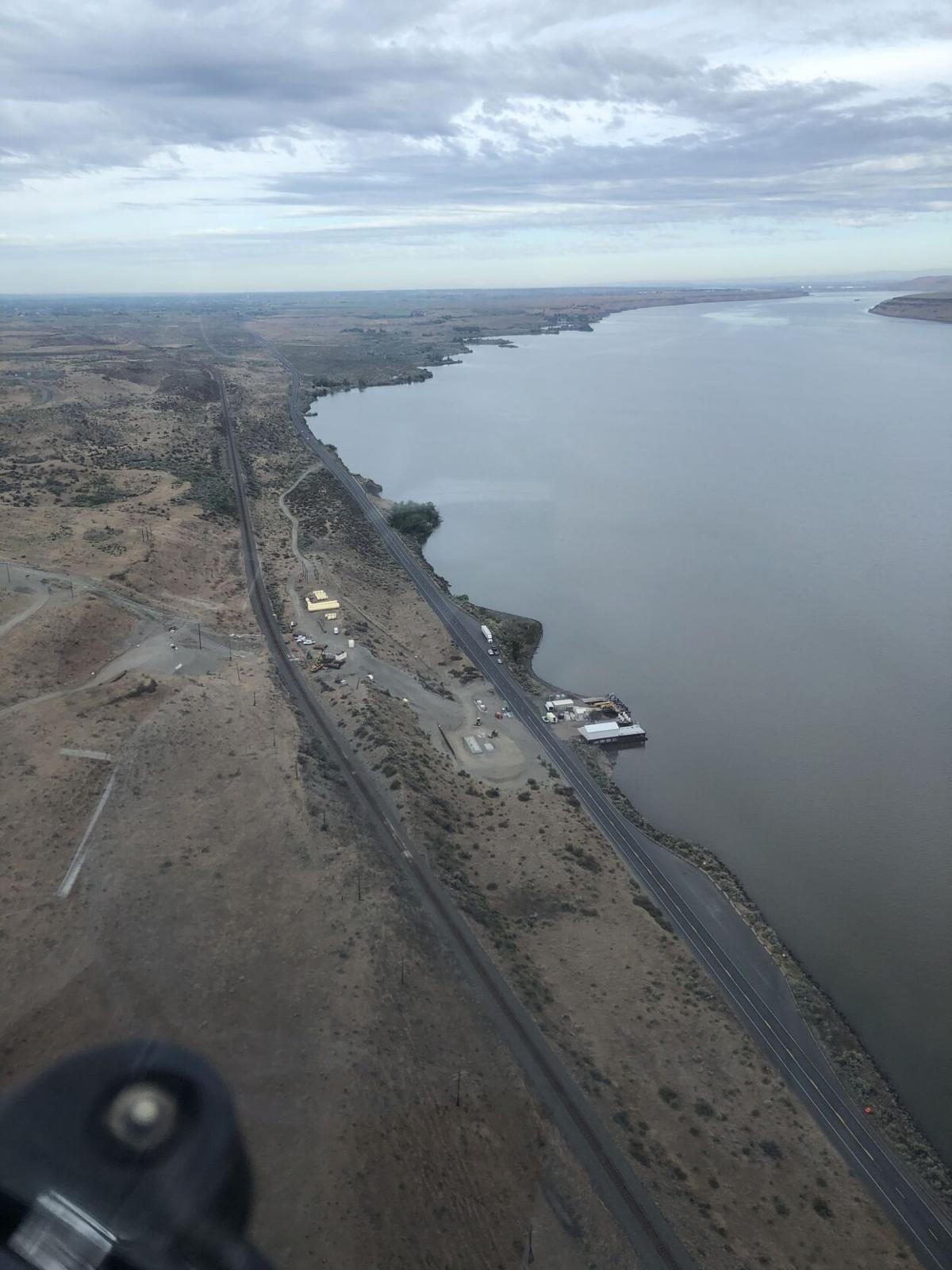 An aerial view shows construction on the East Project along the Columbia River.

J.R. Cook, director of the Northeast Oregon Water Association, shows off a 68-inch main line for the East Project.

An aerial view shows construction on the East Project along the Columbia River.

A $47 million irrigation project expected to provide a significant boost to the Columbia Basin’s economy is now complete.

The East Project, which serves as the second in a package of three irrigation projects to draw water from the Columbia River, received confirmation from the Oregon Water Resources Department on Jan. 28 that the project’s pump station and main supply pipeline had met all requirements necessary to officially complete the project, according to a news release from the Northeast Oregon Water Association.

The $47 million project, which will be owned and operated by the East Improvement District, joins the $31 million West Project, completed by the Columbia Improvement District in May 2020. A third project, previously known as the Central Project and now called the Ordnance Water Supply and Aquifer Restoration Project, will run through the former Umatilla Chemical Depot. According to the news release, in addition to the pumps and main lines for those projects, farmers have also spent an additional $39 million on supply lines, distribution lines, water rights management and administrative costs to utilize the water being pumped from the river.

“The 6-year total for these projects represents over $116 million in water supply investment for our region and counting,” NOWA Director J.R. Cook said in a statement. “$11 million of the total is state funding, the remaining $105 million, greater than 90% of the resources needed, came from our local food producers and landowners.”

The additional water available to farmers in the region through these projects allows them to turn low-value pastures and dryland crops into high-value irrigated cropland, but Cook has also emphasized the environmental value of the water, which will be used in part to ease use of groundwater in a critical groundwater area and recharge aquifers. He said the investment shows that Eastern Oregon has put “significant skin in the game” when it comes to fixing the problems caused by past over-appropriation of groundwater.

The East Project is the largest of the package of three projects and, as with the West Project, uses a mixture of existing certified Columbia River water rights and new, mitigated water supplies. The West Project added an estimated 30,000 acres of irrigated cropland to the Columbia Basin’s agricultural region, according to past reporting by the East Oregonian. Supporters of the trio of projects state they could add billions of dollars per year to the region’s economy.

Jake Madison, chair of the NOWA board and president of Madison Ranches, said those working on the projects have “lived and breathed” them for the past eight years. He said the commitment from stakeholders in the region and many people up and down the state and federal levels “have led to a true Mid-Columbia renaissance for future water sustainability.”

“While we are not there yet, we have two of three key cornerstone projects in place that give us the chance to succeed and implement our vision,” he said.

“To see so many private landowners work together to ensure that this project did not fail, when it could have so many times, is truly a testament to the commitment of this Basin to help each other and help prepare our future generations for success,” St. Hilaire stated, before also thanking the Oregon Water Resources Department for sticking with them through grant extensions, COVID-19 related delays and other roadblocks that delayed completion of the project.

The news release from NOWA thanked Oregon Sen. Ron Wyden and state Sen. Betsy Johnson as particularly strong supporters of the project. Cook said the package of irrigation projects would not be possible without Johnson’s “sheer tenacity” in advocating for them.

Johnson said in a statement that she would continue to advocate for the state being a reliable partner in NOWA’s efforts to fix water supply problems in the Columbia Basin.

“It’s incredible to me how hard the Umatilla Basin food producers have had to work just to fix the problems that the state of Oregon originally created with past water management practices,” she said. “The Basin has done its part. They continue to make significant private investments in infrastructure. It’s time the state of Oregon lives up to its end of the bargain and gets them long-term Columbia River mitigation water.”

Growers in the region already used the West Project, completed in May 2020 near Boardman, to expand irrigated cropland during the 2020 growing season. Water from the East Project, located near Hermiston, will be available for the 2021 season.