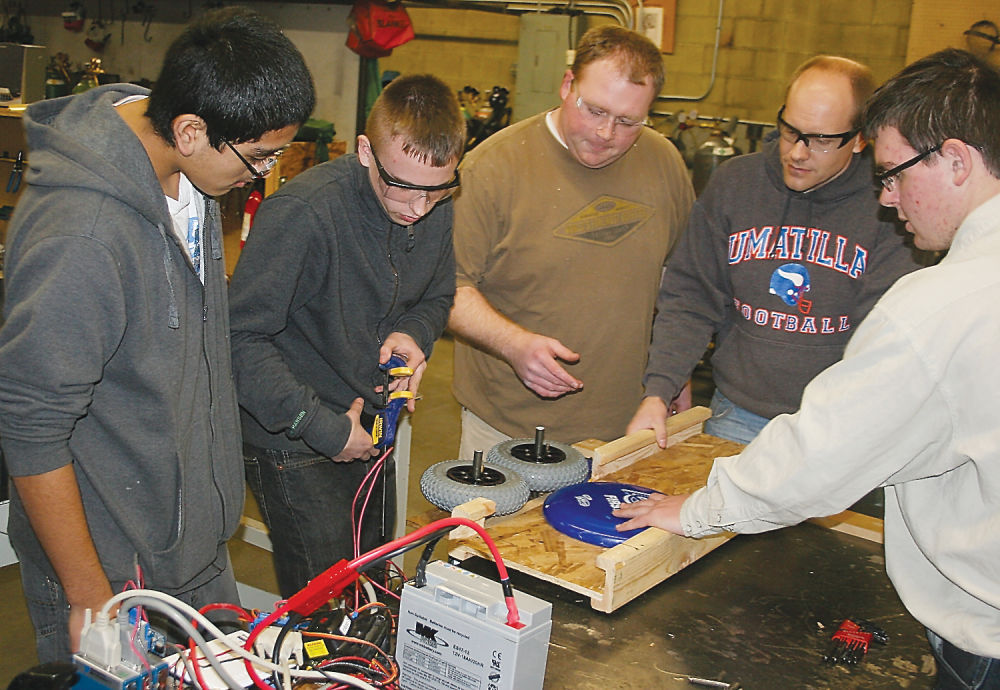 <p>Team buttons, each designed and crafted by a student, show different images to promote "Confidential," The Umatilla High School Robotics Team. Images include robots and a cartoon viking, the mascot of Umatilla High.</p> 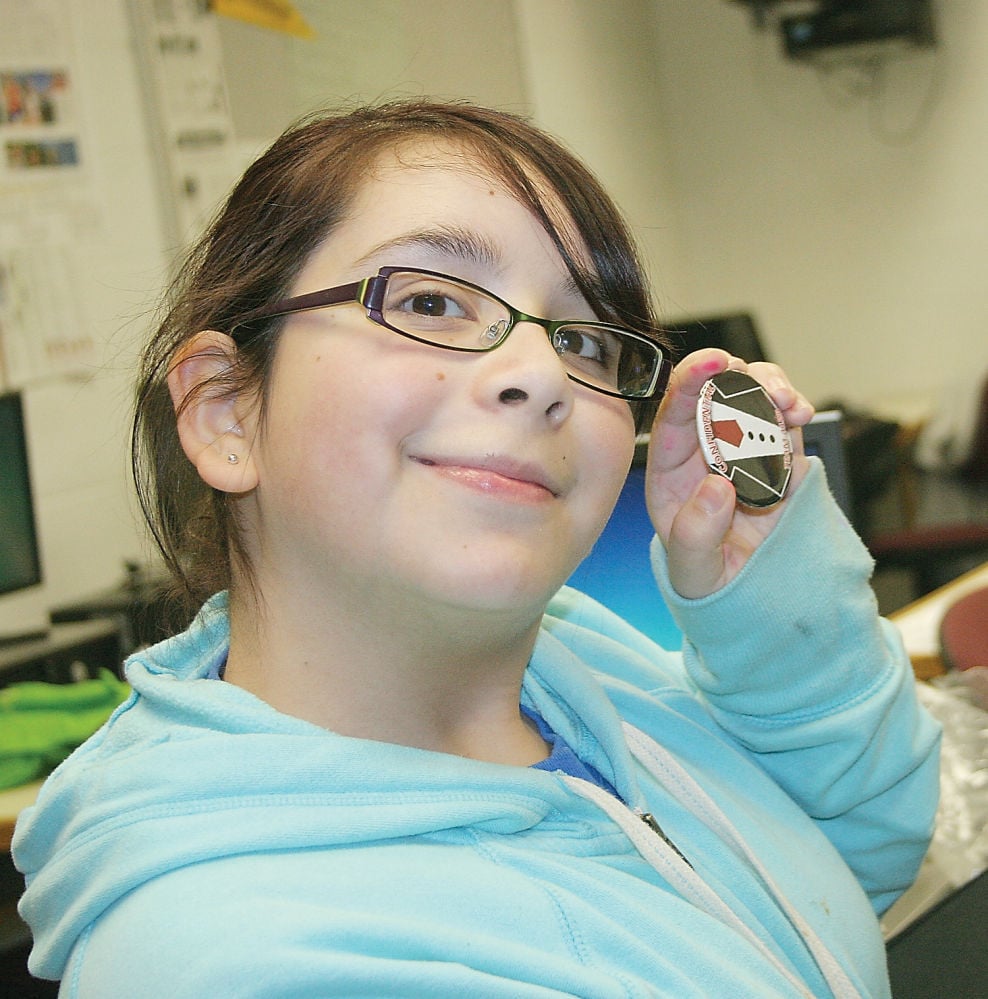 <p>Team buttons, each designed and crafted by a student, show different images to promote "Confidential," The Umatilla High School Robotics Team. Images include robots and a cartoon viking, the mascot of Umatilla High.</p>

For four hours a night, four days a week for four weeks straight, team Confidential has filled the shop at Umatilla High School with a focused frenzy.

Now halfway through their second FIRST Robotics Challenge build season, the 15 high school students of FRC Team 4125 have hit their stride to design, build, program and market a functional robot before the competition deadline.

We have less kids, were more focused, more organized, Coach Kyle Sipe said. Were a lot busier this year because we know what were up against.

Freshman Anay Mendoza is one of the new members.

Im exited to be on the team. Im having a blast, she said Monday. I hope we really do great this year. We strive to succeed.

The team will return to the Autodesk Oregon Regional again this year after finishing 34th out of 66 teams in their rookie year, one spot shy of the top half. This year, the team hopes to improve their chances of qualifying for the national competition by attending both the Oregon competition in March and one at Eastern Washington University in April.

Two competitions is a big change, Sipe said. The kids are much more focused and aware of everything they didnt get to finish last year.

That experience has given the team members a drive to do better.

Last year, for example, the team focused more on the basketball shooting aspect of the robot than movement, which proved challenging in the competition.

This years robot must be able to launch flying discs at targets and climb a 10-foot-tall pyramid, and Dagnino said members are working not only on the challenge, but on their timing.

The team must have their project completed by the end of the build period on Feb. 19.

A timer counts down weeks, days, hours, minutes and seconds on he team’s website — www.umatillarobotics.org — until the “bag-and-tag” deadline, the time and day when the robot must be completed and ready for shipping. Last year the team barely made the deadline, working up until 11:58 p.m. on a midnight cut-off point.

Last year, we worked for hours, right up until bag-and-tag, Dagnino said. This year, were hoping to have it finished in three weeks, hopefully a week before the build day, so we can make any adjustments.

Three adult mentors work with the team: Sipe, John Fisher and Tyler Butler. Sipe works with the build team, Fisher, the Umatilla shop teacher, works with programming and design, and Butler assists with the marketing team.

Im really impressed with my kids, Butler said. I havent given them any projects. They come up with them on their own, do them, and I just help out. Theyre doing really well.

We need more community support, more people who are experienced in the field willing to work with the kids, Sipe said, pointing to a need for electricians and engineers, as well as other expertise. Wed love to have some community members come by, see what were doing.

Next year, Confidential could also have a local challenger.

The Hermiston team will compete this year in the FIRST Tech Challenge, another robotics program from FIRST. FTCs challenge this year is Ring It Up, and the Hermiston students will use a kit to design, build and program a robot to compete head-to-head in one-on-one battles.

Although their robots will not compete against each other this year, the Umatilla students encouraged Hermiston to give FRC a try.

It would be fun and interesting having a local competitor, Dagnino said. We could always be the sponsor team for them, seeings as how we would have two years under our belts, and it would just be really interesting.