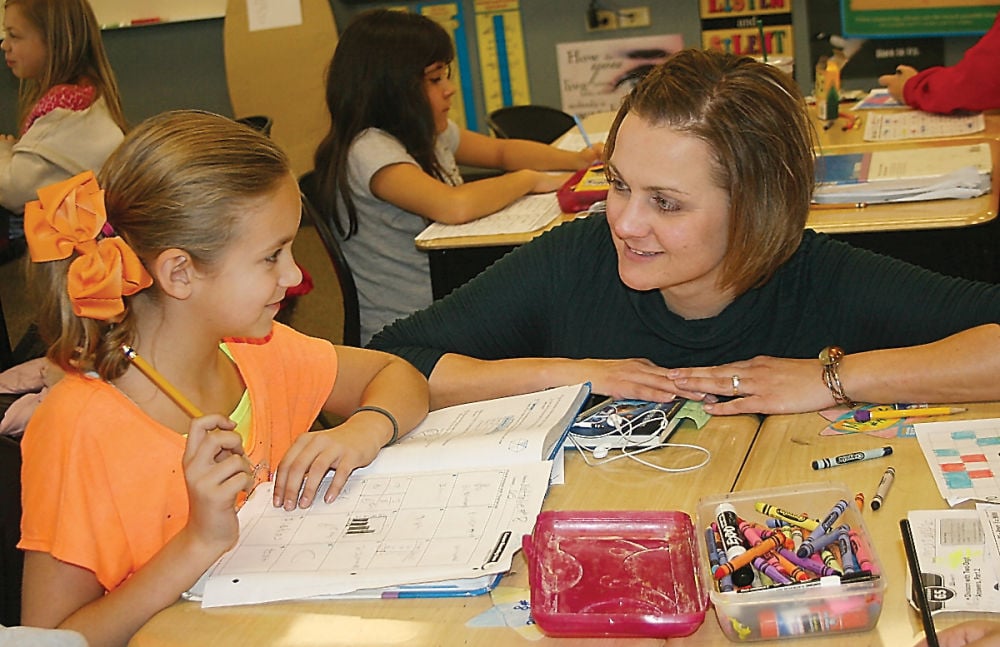 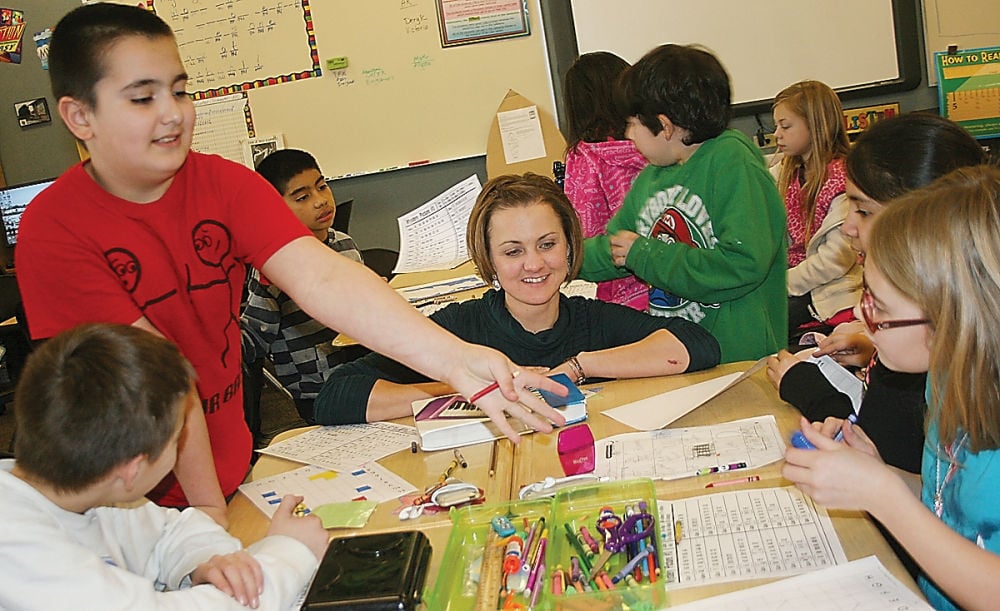 Bryn Browning looked around the Hermiston School District in surprise when officials announced the district would present its Administrator of the Year.

Before that moment Monday, Browning, the districts assistant superintendent, thought the award announcement would occur at the Hermiston Distinguished Citizens Awards on Jan. 29.

When her family entered the room with flowers, however, the truth hit, and her eyes welled with tears.

I had no idea. I didnt know they were even announcing Administrator of the Year. They did a great job of hiding it, Browning said Wednesday. I dont like surprises, and they know that.

After 15 years in education and five years in the Hermiston School District office, Browning has seen her share of surprises.

She and Deputy Superintendent Wade Smith stepped up to take on extra duties two years ago when Superintendent Fred Maiocco was suddenly called to Kuwait on an 18-month military deployment.

Three months ago, she stepped up again to become the Interim Principal of West Park Elementary after a resignation.

Those two experiences made her an easy choice for Administrator of the Year, according to Smith and Maiocco.

Bryn thought we were still trying to decide who the Administrator of the Year should be, Smith said Monday. In reality, Dr. Maiocco and I had it figured out weeks ago when a number of (her) colleagues, including Dr. Maiocco and myself, nominated (her) for the award, Smith added.

Wednesday, Browning looked out at the playground from her office at West Park and reflected on the path that led her to the honor.

Born into a family of educators, Browning is a fourth generation school superintendent.

Although her parents never discouraged her entering education, Browning said they never encouraged it.

Growing up, my dad was a high school principal, and I grew up in the bleachers, around his school, going to administrative conferences. I had a lot of mentors and people who inspired me to go the administrative route, she said. It was the willingness to constantly try to make things better. Its just really what I wanted to do.

Browning earned her teaching degree from Eastern Washington University and spent six years as a teacher at Hazel Dell Elementary School in Vancouver, Wash., before earning her administrative and masters degrees from Washington State University.

Browning came to Hermiston from the Ione School District, where she served as both superintendent and principal.

The Walla Walla native moved to Hermiston after Smith and Maiocco asked her to apply for the open position.

Hermiston presented an opportunity for me to truly do what I am passionate about, and that is providing kids the best educational experience possible and providing resources to staff to make that happen, she said.

Another challenge for Brownings position is the compliance piece: ensuring the district is on top of all the policy and law changes passed down from the state and federal levels.

Despite the hefty list of responsibilities, Browning continues to maintain her assistant superintendent duties while adding the interim principal title.

Wednesday, Browning said the position gives her a chance to interact with students daily, which, in some cases, makes the rest of her work easier.

I have always missed teaching since I left the classroom. While teaching teachers and administrators and parents is great, I have always had a fondness for kids and helping them learn, she said. Ione gave me the opportunity to do curriculum as well as be involved with kids. I loved that, and its nice to be back in the building with kids. Nothing can make your day improve like five minutes in an elementary classroom.

Off the school campus, Browning said she loves to read and spend time with her family: her husband, Josh, a teacher at Hermiston High School, and her two daughters, Leslie, a seventh-grader at Armand Larive Middle School, and Morgan, a fourth-grader at Rocky Heights Elementary.

My family really enjoys Hermiston, and Im thankful I work in such a positive school district in a town that supports education, Browning said. I really love this district, and Im just getting started doing what I need to do and what is expected of me. I believe every child deserves the best school experience possible, and thats what I think about each morning.