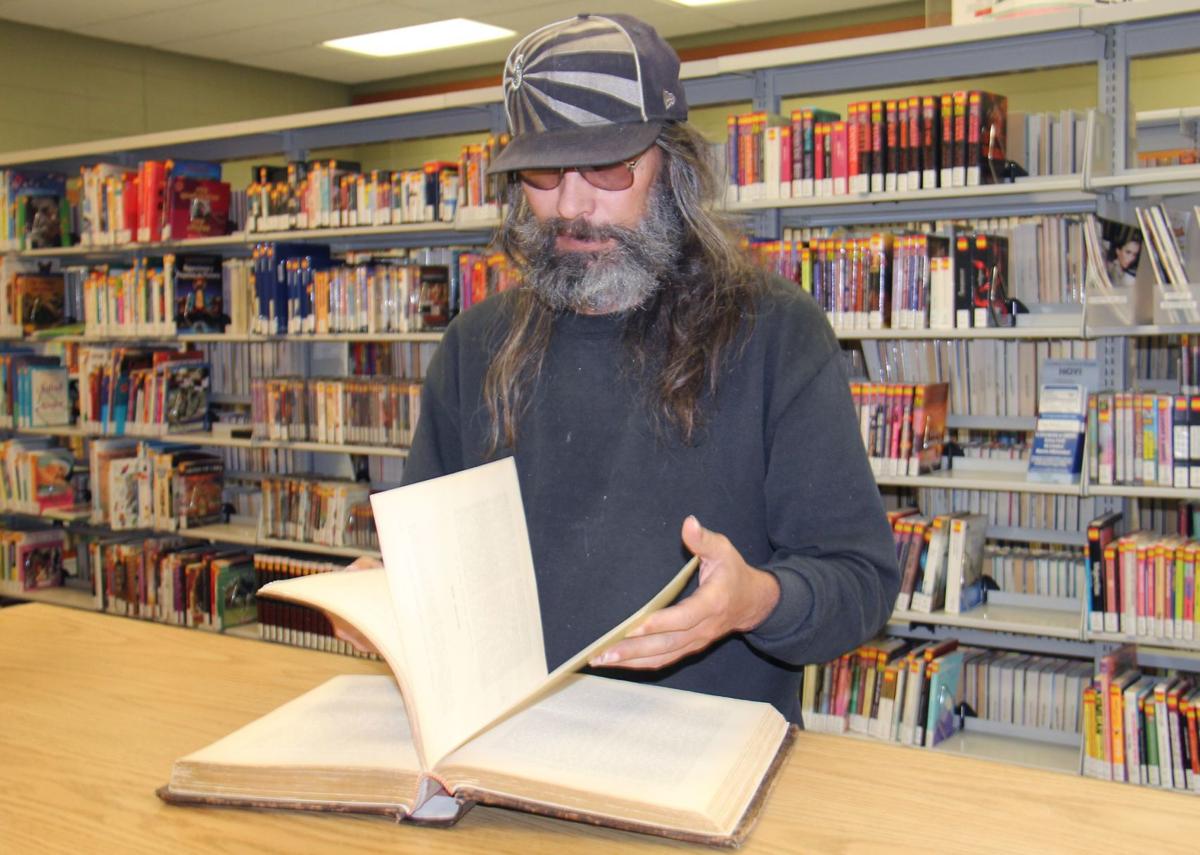 Sean Hart photo Hermiston Public Library genealogy group volunteer Ken May looks at the table of contents of ‘The History of Umatilla and Morrow Counties,' which was published in 1902, during a group meeting last week. May is well versed in Native American and local family history. Through years of research, he discovered one of his ancestors was a first cousin of infamous outlaw Jesse James. 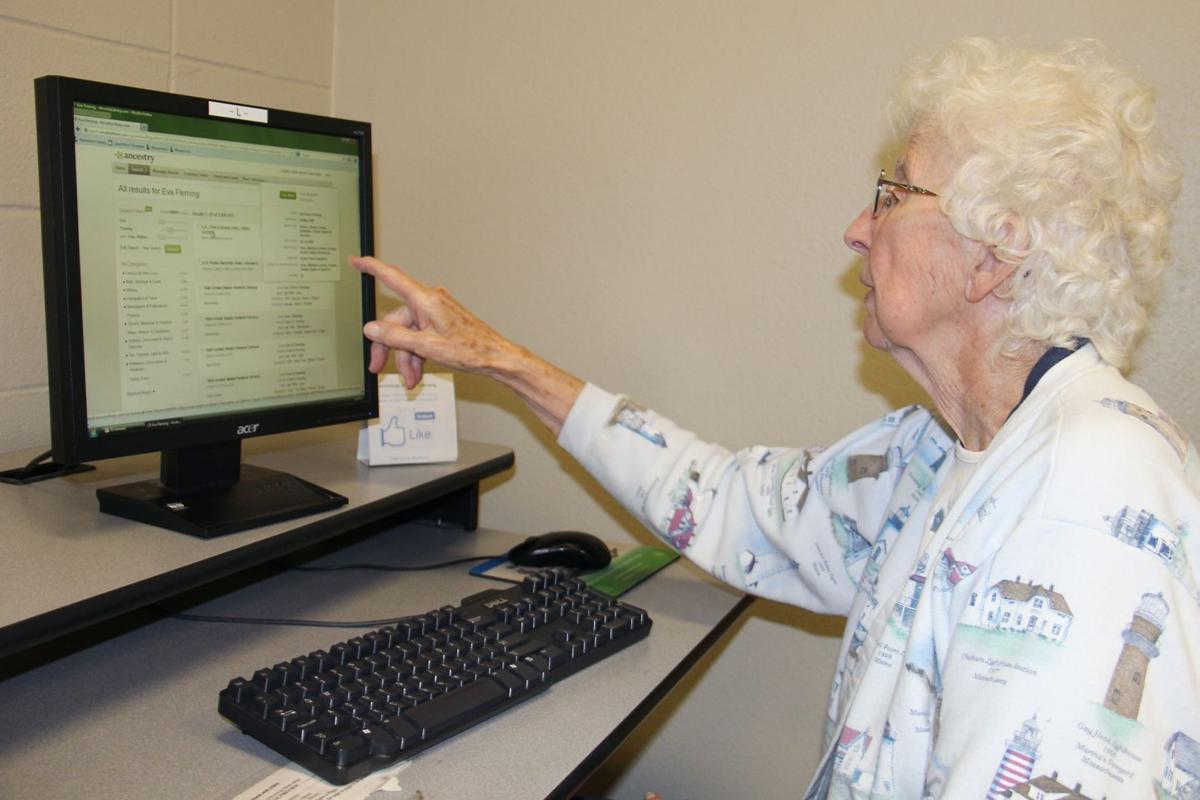 Sean Hart photo Hermiston Public Library genealogy group volunteer Ken May looks at the table of contents of ‘The History of Umatilla and Morrow Counties,' which was published in 1902, during a group meeting last week. May is well versed in Native American and local family history. Through years of research, he discovered one of his ancestors was a first cousin of infamous outlaw Jesse James.

Hermiston residents with family ties to a British king and infamous outlaws enjoy helping others discover their own ancestry, using the Internet as a tool.

Through their years of research, Joyce Dye and Ken May have traced their bloodlines to interesting sources, and now both volunteer for the Hermiston Public Library’s genealogy group, which meets at 2 p.m. the second Saturday of each month during the winter season.

Last year, Hansen brought in different speakers and specialists to guide people interested in genealogy and to help them use the library’s Ancestry.com account for online research. The Internet is a valuable tool, speeding up ancestry research. Hansen said she was even able to learn more about her family, after her mother was unable to come up with results before the Internet was available.

“All these years, I’ve wanted to try and do more but wasn’t sure how to start and, if I did start, how to keep track of it,” she said. “So this has been a blessing for me, personally, to be able to have this kind of help and to be able to have Ancestry on the computers here.”

Hansen said she always thought all of her ancestors were “turn-of-the-century immigrants” but was excited to discover her family has been on the continent much longer.

“It’s like a treasure hunt,” she said. “I have an ancestor that was in the Revolutionary War, and that same line goes further back. We’re one of the founding families of the New Haven (Connecticut) colony.”

Dye has been researching her family history for years, spending “hours and money” writing letters and looking at reels of microfilm before the Internet made the process easier, she said.

While researching elusive family members online, Dye said she found information about the wife of the person she was looking up and discovered her royal ancestry.

“(Former British Prime Minister) Tony Blair’s great-great-grandmother is my great-grandmother, and we’re all descended from King James V from Scotland,” she said. “Kings and queens have a lot of descendants.”

Although technology helps genealogy research, Dye said networking with other people is also important, and she enjoys volunteering her time to help people, especially in her area of interest: “anything British.”

May has been actively researching his family tree since 1999 and has traced his roots to Native American tribes — where he is most knowledgeable — and Civil War veterans.

May discovered his great-great-great-grandfather Josiah James was the first cousin of notorious outlaws Frank and Jesse James.

In his research, May has traveled to the Midwest to meet with distant relatives and said using Internet sites, such as findagrave.com, is extremely helpful while researching family history.

“In the old days, you had to go totally through the old microfilms and microfiche,” he said. “Nowadays, you put in a name, and there are numerous possibilities.”