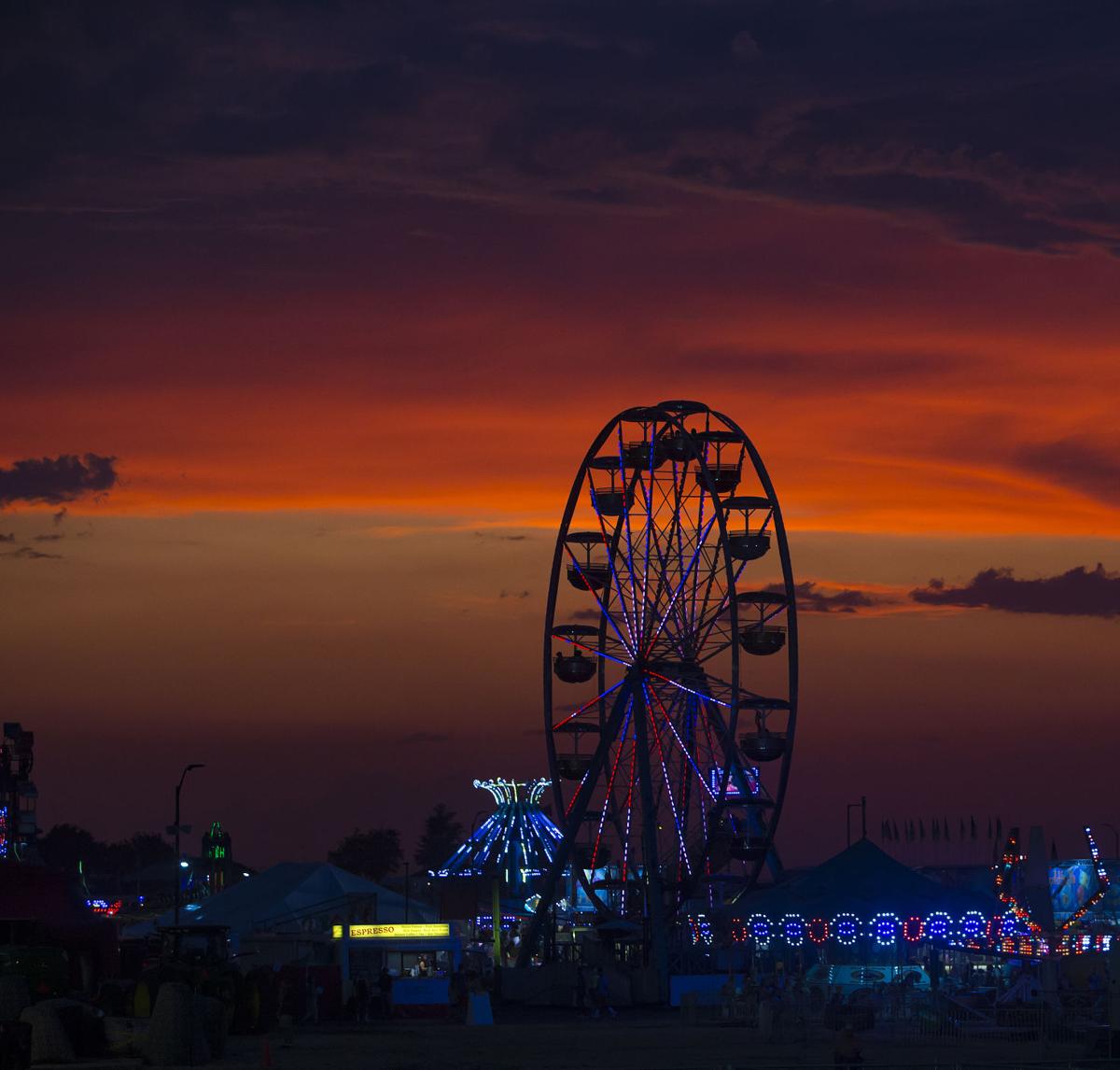 The sun sets over the second night of the 2019 Umatilla County Fair at the Eastern Oregon Trade and Event Center in Hermiston. 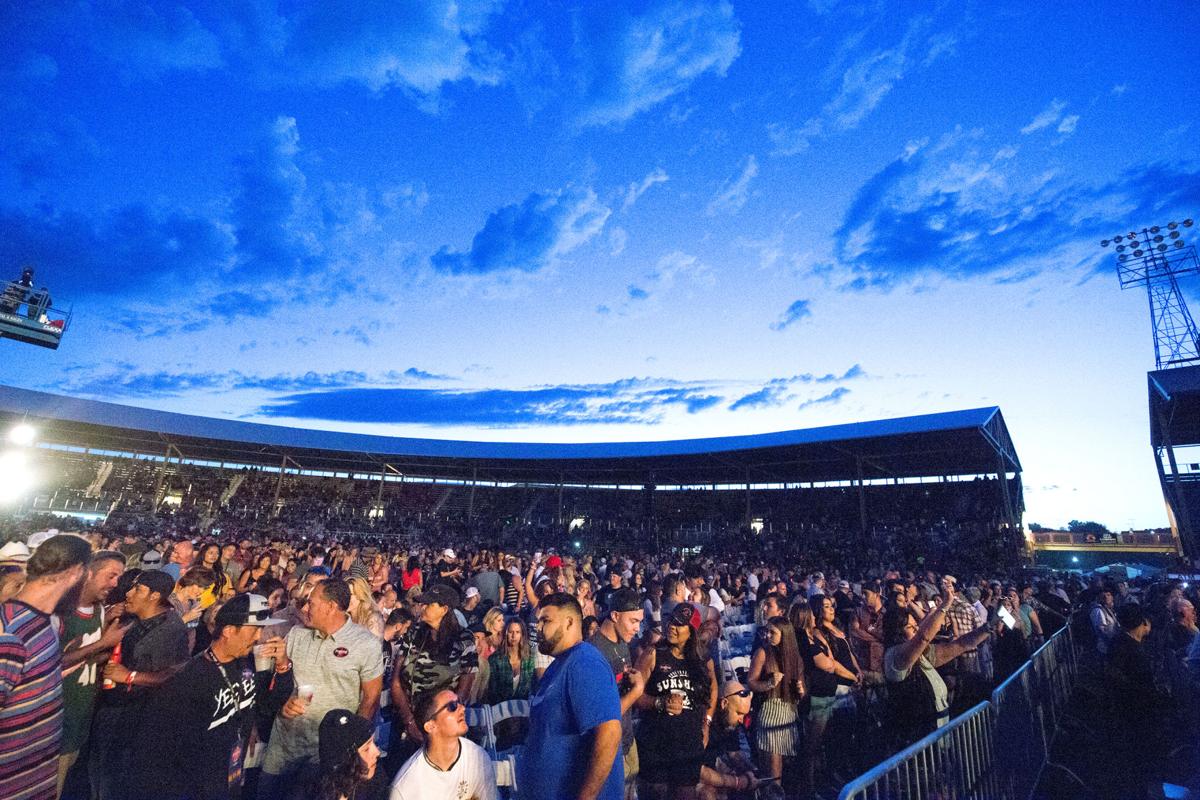 Whisky Fest spectators wait for Post Malone to take the stage on July 13, 2019, at the Round-Up Grounds. 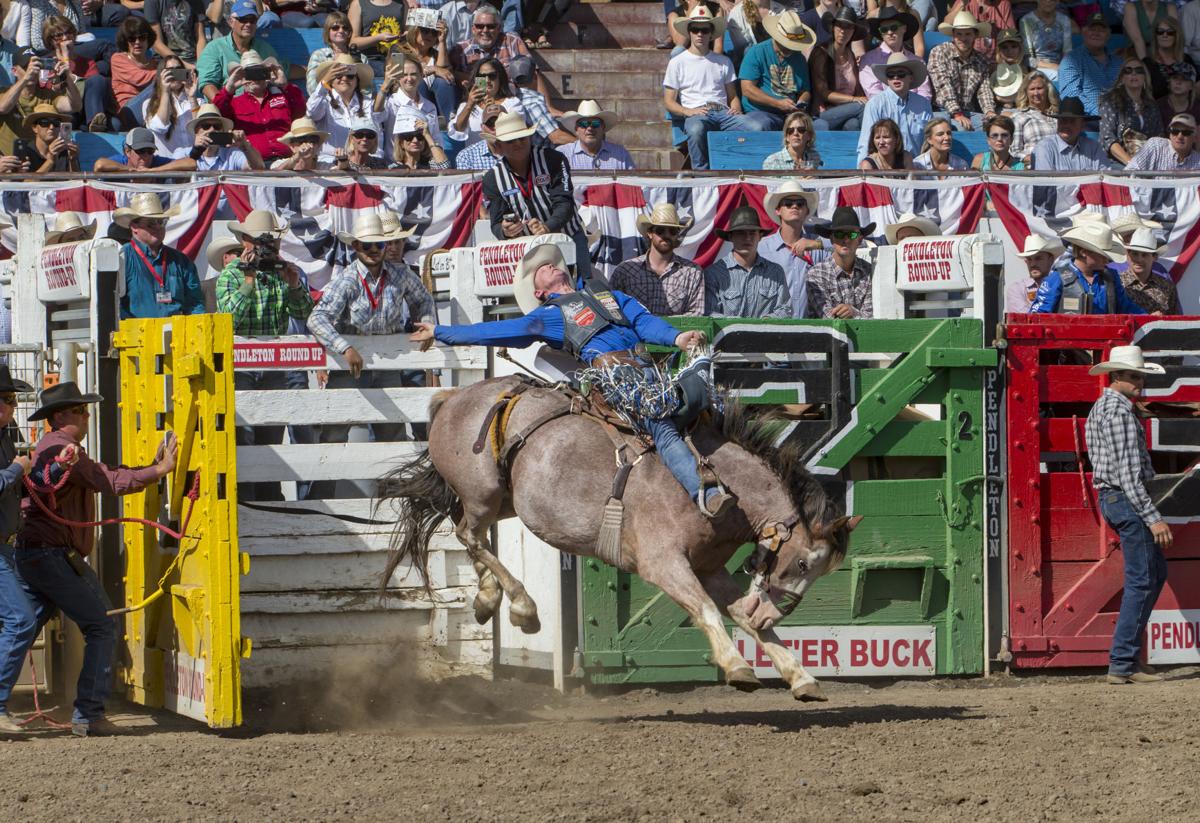 Spencer Wright of Milford, Utah, bursts out of the chutes for an 86-point ride on the third day of the 2019 Pendleton Round-Up. 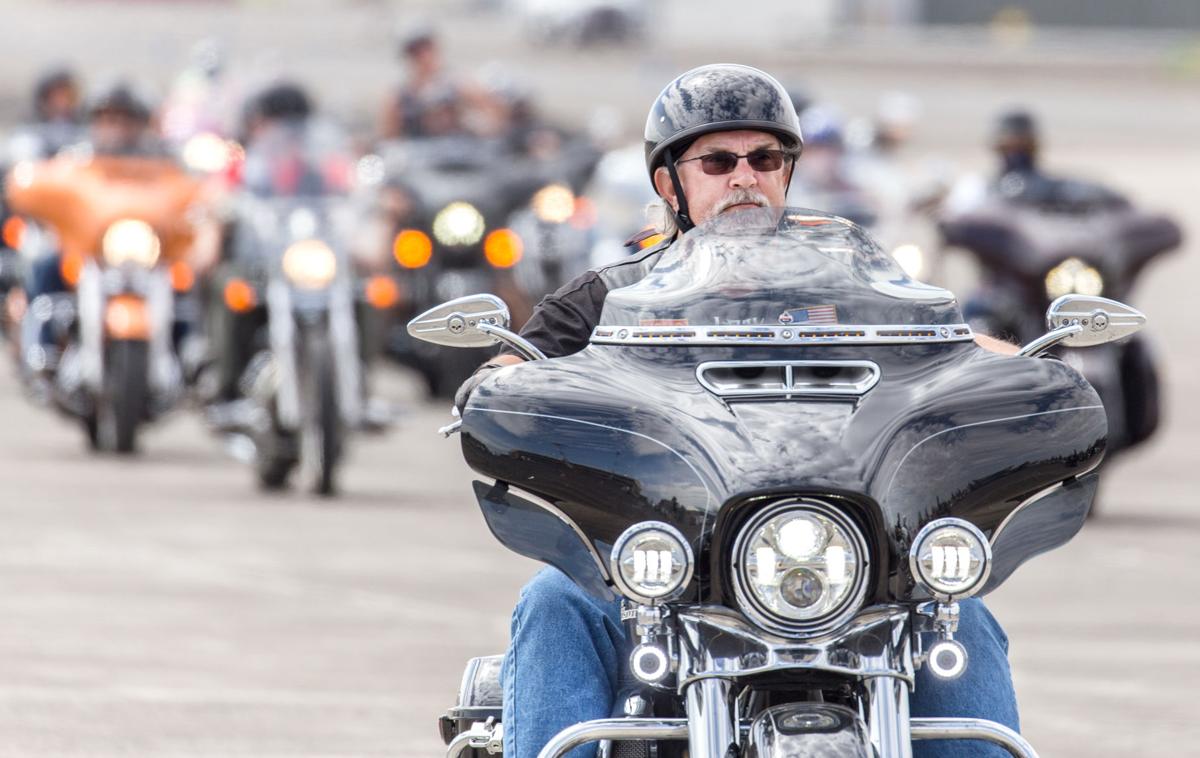 Bikers roar onto the tarmac at Eastern Oregon Regional Airport as part of the Ride with the Raiders during the 2019 Pendleton Bike Week.

The sun sets over the second night of the 2019 Umatilla County Fair at the Eastern Oregon Trade and Event Center in Hermiston.

Whisky Fest spectators wait for Post Malone to take the stage on July 13, 2019, at the Round-Up Grounds.

Spencer Wright of Milford, Utah, bursts out of the chutes for an 86-point ride on the third day of the 2019 Pendleton Round-Up.

Bikers roar onto the tarmac at Eastern Oregon Regional Airport as part of the Ride with the Raiders during the 2019 Pendleton Bike Week.

Since late last year, COVID-19 has killed thousands of people worldwide and ground most aspects of public life to a halt as governments around the globe try to slow the spread of the disease.

Oregon’s strict social distancing rules make large events all but impossible, but Umatilla County’s largest summer events are moving ahead with their plans, with the expectation that all restrictions will be lifted by the time summer rolls around.

The coronavirus has already canceled or postponed dozens of local events, as the country’s top sports leagues either indefinitely postpone or suspend their seasons and the nation’s largest music festivals postpone events later into the year.

This summer is a pivotal one for many of Umatilla County’s biggest events — the Round-Up is celebrating its 110th anniversary, Pendleton Bike Week is operating under a new owner and Pendleton Whisky Music Fest is looking to rebound after losing money in 2019.

“It’s really important economically for the community,” Pendleton Mayor John Turner said. “Obviously, there’s a lot of question marks about what effect not holding those events would have.”

Despite the ongoing pandemic, some organizers see an upside to holding their events, which could be an opportunity for the community to come together again after a prolonged period of social isolation.

Umatilla County Fair not too concerned

Hermiston’s biggest event is also proceeding despite the coronavirus.

Fair Manager Angie McNally said the Umatilla County Fair is still set for Aug. 11-15, with the only anticipated changes being some of the dates preceding the fair, like the first day of ticket sales.

McNally wasn’t too concerned by the prospect of a recession depressing ticket sales, saying that the fair has taken steps in the past to keep the fair affordable and accessible.

The fair’s new carnival ride contractor, Davis Shows Northwest, has assured fair officials that it will implement new sanitary measures on its rides and will direct all its staff to wear gloves while working.

Whisky Fest co-organizer Doug Corey said he won’t know the July 11 concert’s fate until early June, but he and the rest of Stadium Entertainment LLC are moving ahead with their plans.

Should the governor’s social distancing orders lift before the concert, Corey said organizers would add new features to the event like more hand-sanitizing stations and a machine that could detect body temperature by walking through it.

Corey said ticket sales for Eric Church and Macklemore have been going well so far, but there’s still a great deal of uncertainty out there. Organizers plan to discuss the issue with city and county officials soon.

Co-organizer Andy McAnally told the Pendleton City Council in November that Whisky Fest lost money in 2019 and was looking to rebound by keeping ticket prices lower than $100.

The Round-Up Association has long prided itself in persevering through down years, and the group posted a video to social media entitled “We’re in this together” to reassure fans that the Round-Up was still set for late summer.

“Remember, we are all in this together,” the caption read under a glossy montage of beaming Round-Up participants and attendees. “As an organization, we are staying up to date with all the information, and planning accordingly. As of now, we’d like to take the time to reassure our community that the Pendleton Round-Up and Happy Canyon have our sights set on celebrating our 110th anniversary in September.”

Bracher said the Round-Up Board of Directors met with Umatilla County health officials before deciding to proceed, and the board has the advantage of Medical Director Brad Adams being a doctor.

“He keeps us very up to speed on protocol and outbreaks,” Bracher said.

While Round-Up could happen in an environment where there are still concerns about contracting COVID-19 in large crowds and an economic recession, Bracher said he could see Round-Up acting as a “light at the end of the tunnel” for people after the pandemic.

New sanitary measures was a theme among the major events, and Pendleton Bike Week was no exception.

Bob Richards, a consultant for bike week, said the July 16-19 motorcycle rally is well positioned to implement these new measures because of new owner Stuart Rice’s background as a restaurant owner and Richards’ experience in hospitality. Richards added that he expected a renewed focus on sanitation will become the standard for all mass events.

Although Pendleton Bike Week is still a go at this point, Richards said organizers have agreed to refund tickets for those who wish to stay home.

This is the first year Rice is helming Pendleton Bike Week since it began in 2015, although he previously ran the companion Summer Chute Out, a flat-track motorcycle race, in the Round-Up Arena. When his involvement was announced in 2019, Rice said he planned to move the rally hub from the Pendleton Convention Center to the neighboring Round-Up Grounds and give the whole event a “face lift.”

Like the Round-Up, Richards anticipates that bike week could be one of the first big events after COVID-19 restrictions are lifted, but like everyone else, he’s keeping an eye on the news.

“If we cancel this event, we have much bigger things to worry about than a motorcycle rally,” he said.