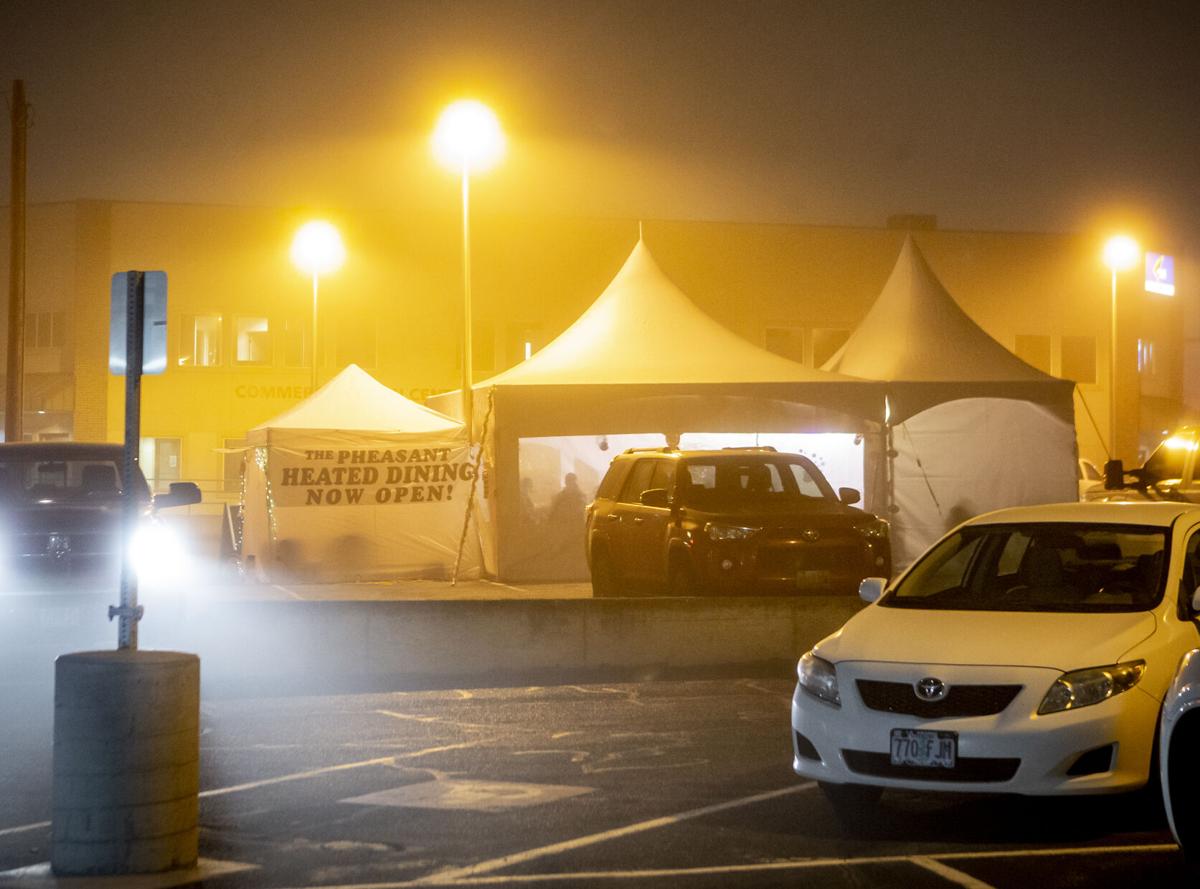 A heated tent sits amid the fog outside The Pheasant Blue Collar Bar & Grill in Hermiston on Dec. 3, 2020. 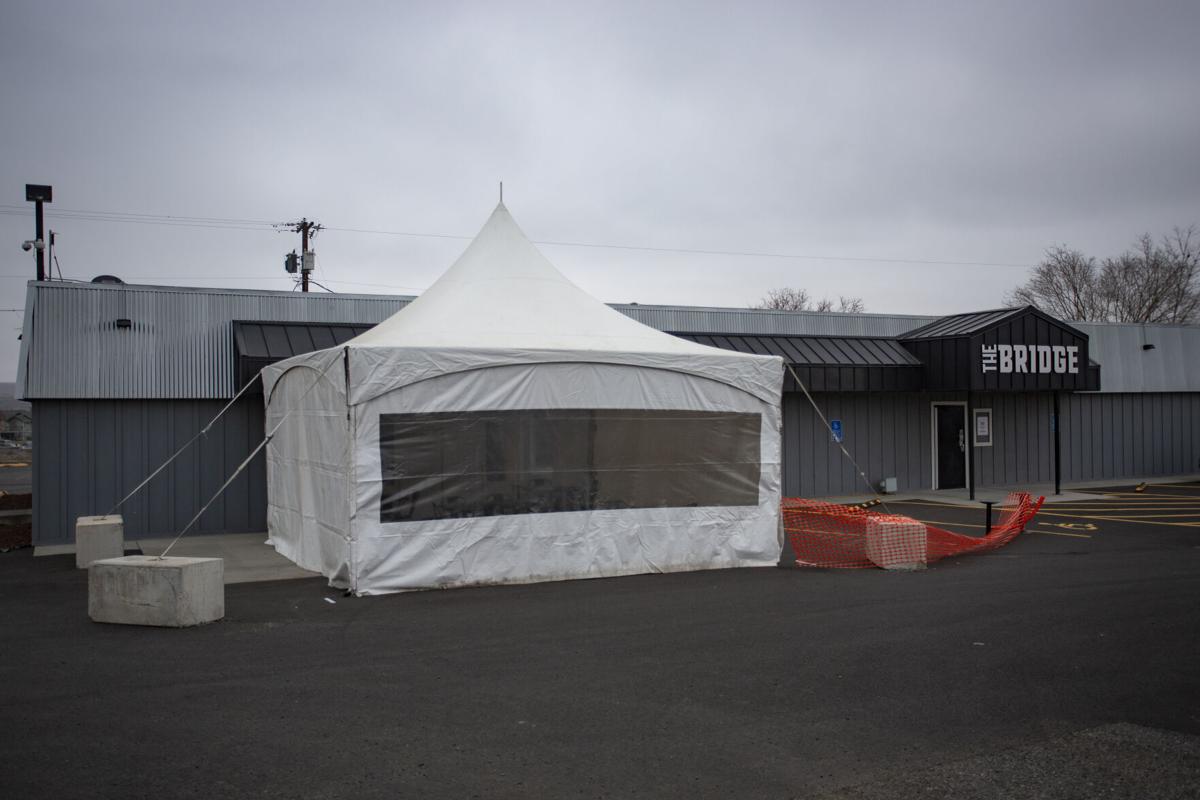 A heated tent for outdoor dining sits in the parking lot of The Bridge in Umatilla on Monday, Dec. 7, 2020.

A heated tent sits amid the fog outside The Pheasant Blue Collar Bar & Grill in Hermiston on Dec. 3, 2020.

A heated tent for outdoor dining sits in the parking lot of The Bridge in Umatilla on Monday, Dec. 7, 2020.

It was 33 degrees during lunchtime on Friday, Dec. 4, but that didn’t stop some restaurants from offering outdoor dining.

It also didn’t stop some customers from taking them up on it.

“I don’t mind sitting in the cold,” Shawn Jordan said. “It’s not bad.”

Jordan was sitting under a large tent outside The Bridge in Umatilla, eating one of the bistro’s signature pizzas. Next to his table, a large, gas-fired outdoor heater helped take the chill away.

He said he would rather sit and enjoy his food rather than take it home, and he is trying to continue supporting local businesses during the pandemic.

“We’ve still got to support restaurants,” he said. “They’re doing what they can to get whatever business they can.”

Paulette Dufloth, who owns The Bridge with her husband, Daren Dufloth, said they purchased the heaters and tent after the newest set of state COVID-19 regulations were announced, allowing restaurants to add outdoor dining to their previously allowed takeout and delivery options.

“We try to evolve with the changes,” she said.

Restaurants in Umatilla County have been on a journey of frequently shifting rules this year, getting put on takeout only rules three separate times — during the initial statewide shutdown in March, when Umatilla County got sent back to “baseline” status in August, and when the state was put on a “freeze” in November. Restaurants were allowed to add outdoor seating, but not indoor dining, on Thursday, Dec. 3.

Dufloth said it’s been a difficult year to be in the restaurant business, but at this point her family has invested too much in The Bridge to give up on it.

Under the current set of guidelines for COVID-19, restaurants in counties that are classified as an “extreme risk” level — currently including Umatilla and Morrow counties — can offer takeout, delivery or outdoor seating. The outdoor seating must have a limit of six people per table, and tents are supposed to be kept open on three sides when people are eating there.

Restaurant owners across the state have voiced complaints that they feel unfairly targeted compared to other businesses. In November, the Oregon Restaurant & Lodging Association and the Restaurant Law Center filed a joint complaint in federal court for injunctive relief from two-week freeze that lasted from Nov. 18 to Dec. 3.

Some local governments have tried to help ease the burden. In Hermiston, the city is offering downtown restaurants the use of its parking lots for outdoor seating, and donated $15,000 to the Hermiston Downtown District to help with seating and other items needed. While most lots remain empty, The Pheasant Blue Collar Bar & Grill has a large white tent set up in the lot on Gladys Avenue behind its restaurant.

Owner Cherie Bumpaous said the tent can seat about 30 people, and features gas heaters and lap blankets for guests who want them. The restaurant is also offering take-out, and is open seven days a week.

“It’s better than being closed,” she said. “And customers seem to like it.”

Customers can just come to the tent and wait to be seated and served there, rather than ordering inside.

Bumpaous said it’s been a difficult year for restaurants as they have seen a drop-off in sales and tried to keep up with ever-changing restrictions. She said they’re trying the best they can to adapt, and to follow all the cleaning precautions that can to help keep people safe.

“I just think restaurants are getting the short end of the stick, and some of them are going down,” she said.

Outside of the downtown area, Midway Bar & Grill offered dining inside a canvas tent forming a dining space next to its building. The bar is “highly encouraging” people make reservations ahead of time to make sure there will be a table for them.