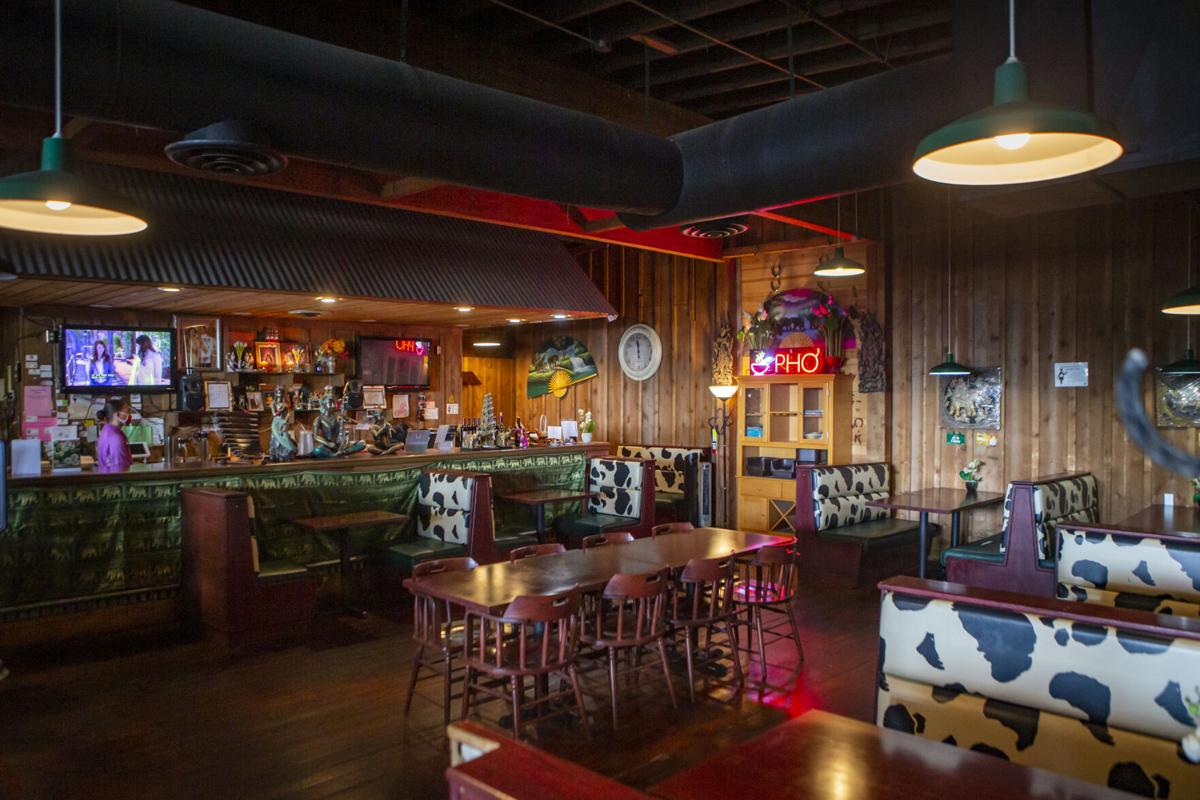 The dining room at Taste of Thai in Hermiston sits empty at lunch hour on Tuesday, Jan. 19, 2021. 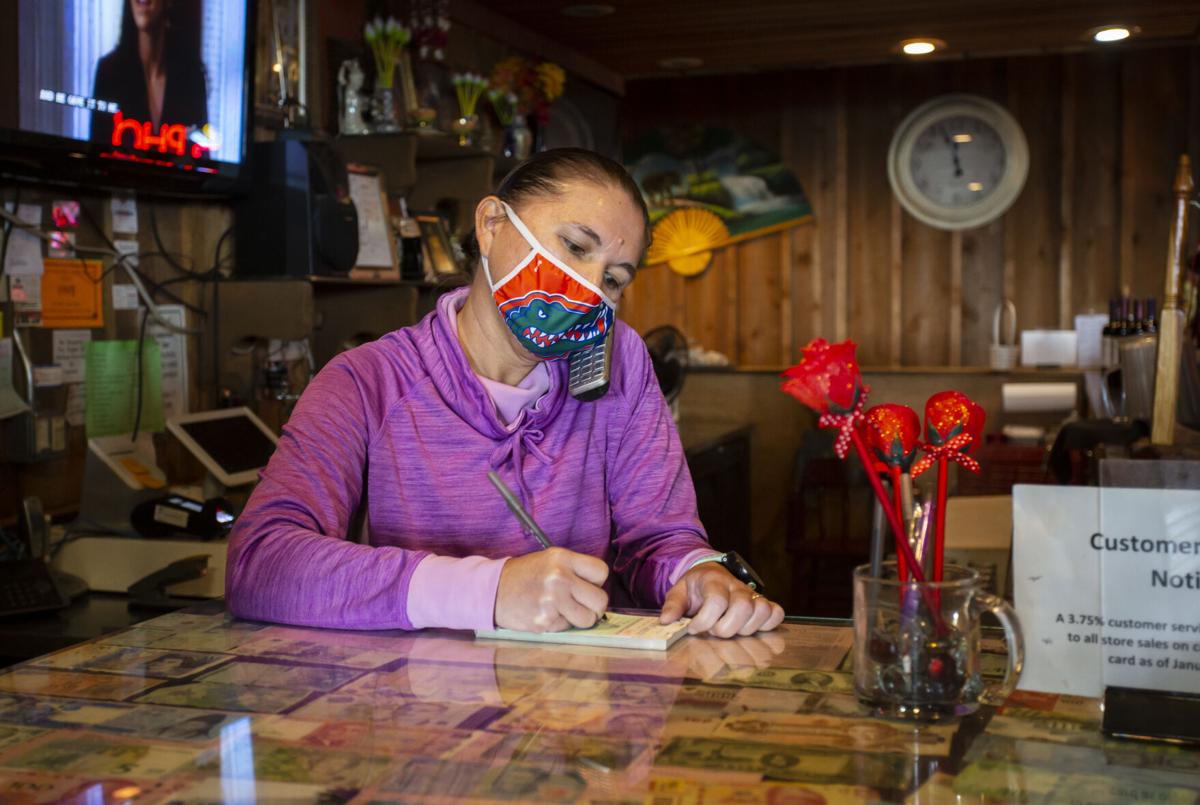 Taste of Thai manager Gena Cook takes a to-go order over the phone at the Hermiston restaurant on Tuesday, Jan. 19, 2021.

The dining room at Taste of Thai in Hermiston sits empty at lunch hour on Tuesday, Jan. 19, 2021.

Taste of Thai manager Gena Cook takes a to-go order over the phone at the Hermiston restaurant on Tuesday, Jan. 19, 2021.

As the pandemic marches on, so do many local restaurants.

The longer their dining rooms are closed, however, the more owners and managers worry about the future of their business.

Gena Cook manages Taste of Thai in Hermiston. She said the past year has been a struggle for the business. Over its two decades in town the restaurant has built up a loyal customer base, many of whom are still faithfully spending their money there. But Cook said sales have still dropped significantly every time they have had to go back to take-out only.

“We have our ups and downs, but overall, business has probably been cut in half,” she said.

That doesn’t include the additional expenses, like take-out containers and disposable utensils. Some restaurants have also forked out extra money for tents, outdoor heaters and other items to create outdoor dining areas, or paid delivery drivers. Others, including Taste of Thai, decided the expense would end up outweighing the possible revenue.

Cook said it isn’t uncommon to see customers eating in their car in the parking lot these days. As restaurants have closed indoor dining and reopened it several times in the past year, and rules have varied between states and even counties, she said it’s easy for customers to get confused and show up believing they will be able to eat inside, only to be turned away, disappointed.

Some restaurants in Oregon have rebelled and reopened their indoor areas, but that puts the businesses at risk of penalties ranging from fees to the loss of a liquor license. Businesses in Oregon have not received liability protections for COVID-19 either, meaning they could be vulnerable to lawsuits if they don’t follow the rules and see an outbreak.

During an interview in December 2020, Nookie’s Restaurant& Brewery owner Mitch Myers discussed his frustrations with the constraints that have been placed on restaurants throughout the pandemic.

“The whole thing is complete and total insanity,” he said.

While some restaurants have made an effort to stay open during periods when indoor dining is not allowed, Myers said doing so often means spending much more money than the restaurant will actually make off of the “breadcrumbs” that Gov. Kate Brown has allowed.

In December, the electronic reader board at Nookie’s displayed the messages “Pray for Oregon small businesses,” “Our businesses are our lives” and “Kate Brown is destroying our state, city and small businesses.”

The ban on indoor dining in counties labeled “extreme risk” for COVID-19 transmission has had less of an impact on Don Junior’s Tacos, formerly known as Quickstop 395.

The business was previously a drive-thru convenience store where drivers pulled up into a vehicle bay (similar to a quick oil change shop) and choose from snacks and drinks lining the walls without ever leaving their vehicle. But about a month ago, the store was converted into a drive-thru taco stand instead.

Owner Junior Ortega said he has always enjoyed the “vibe” of drive-thru service, and in light of the warnings about the risks of COVID-19 transmission indoors, it seemed like there would be a demand for restaurant food people can pick up without ever leaving their car.

“These days, people enjoy being able to pull up and get food on the go, and not have to unload their family,” he said.

The drive-thru only business model also helps the restaurant not have to worry as much about shifts in state regulations regarding indoor dining. Instead, Ortega said, they have been able to put together a simple breakfast, lunch and dinner menu that they should be able to offer no matter what risk level Umatilla County is in.

On Main Street, Jaime Ruelas opened La Laguna Sports Bar in April 2020, and said it has been a struggle since then to keep the restaurant open.

In an effort to help drum up business, he recently reached out to a few other restaurants in town and worked with them to put together a flier with coupons from all the restaurants involved in the project.

“The plan is to have each business give the flyer with all their to-go orders, each helping promote the other,” he said.