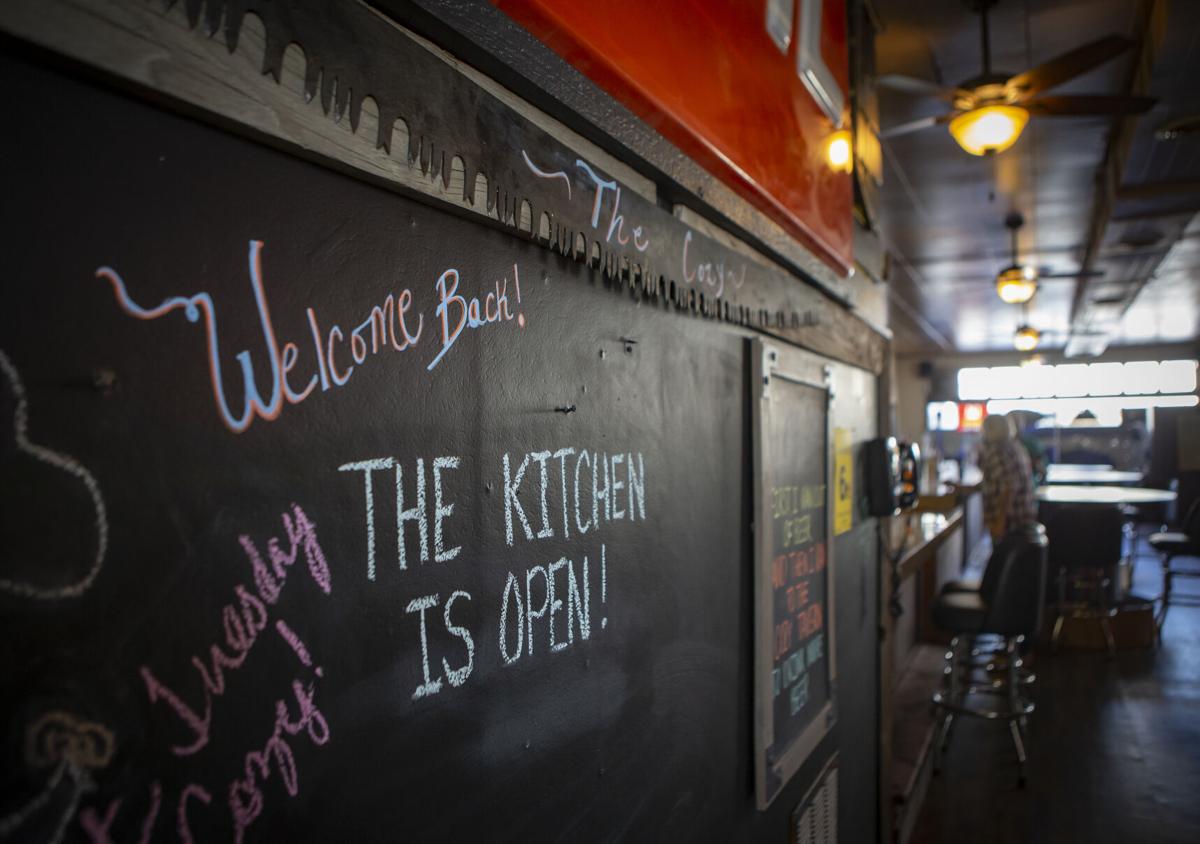 A message on a newly installed chalkboard at the Cozy Corner Tavern on Main Street in Hermiston welcomes patrons back to the redecorated bar on Sept. 1, 2020. 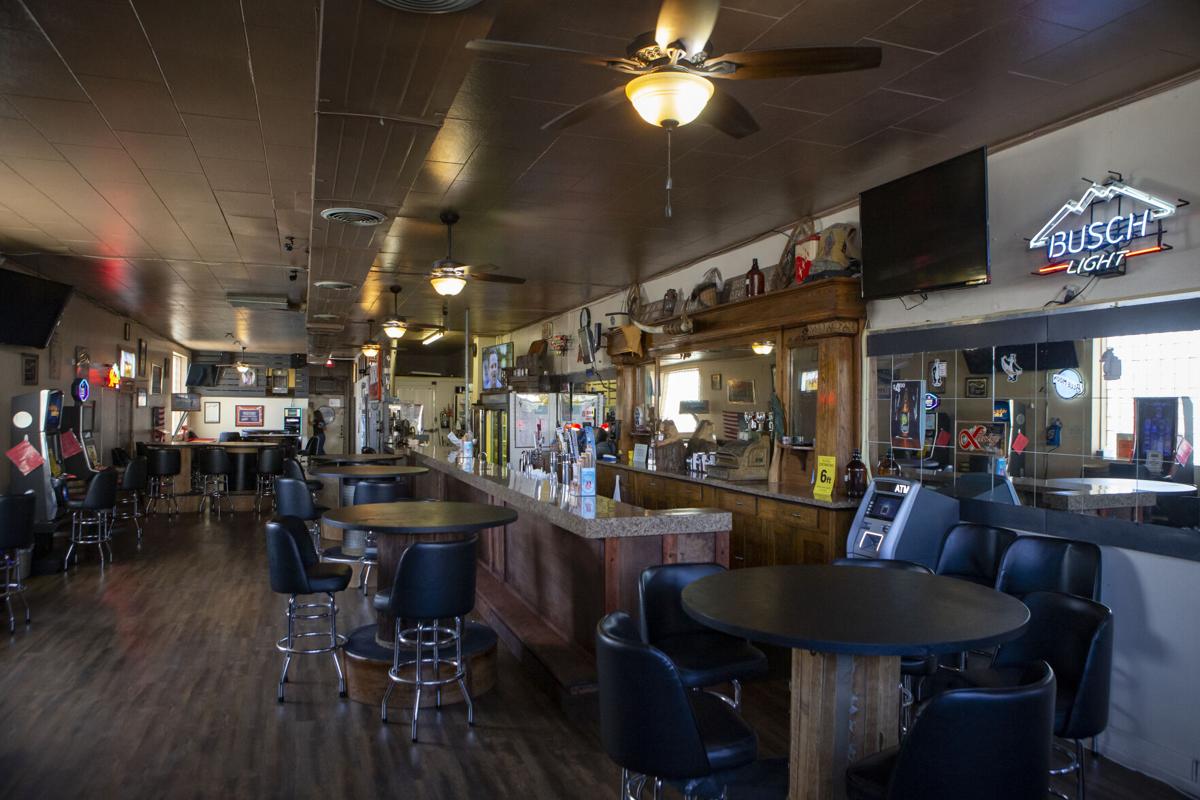 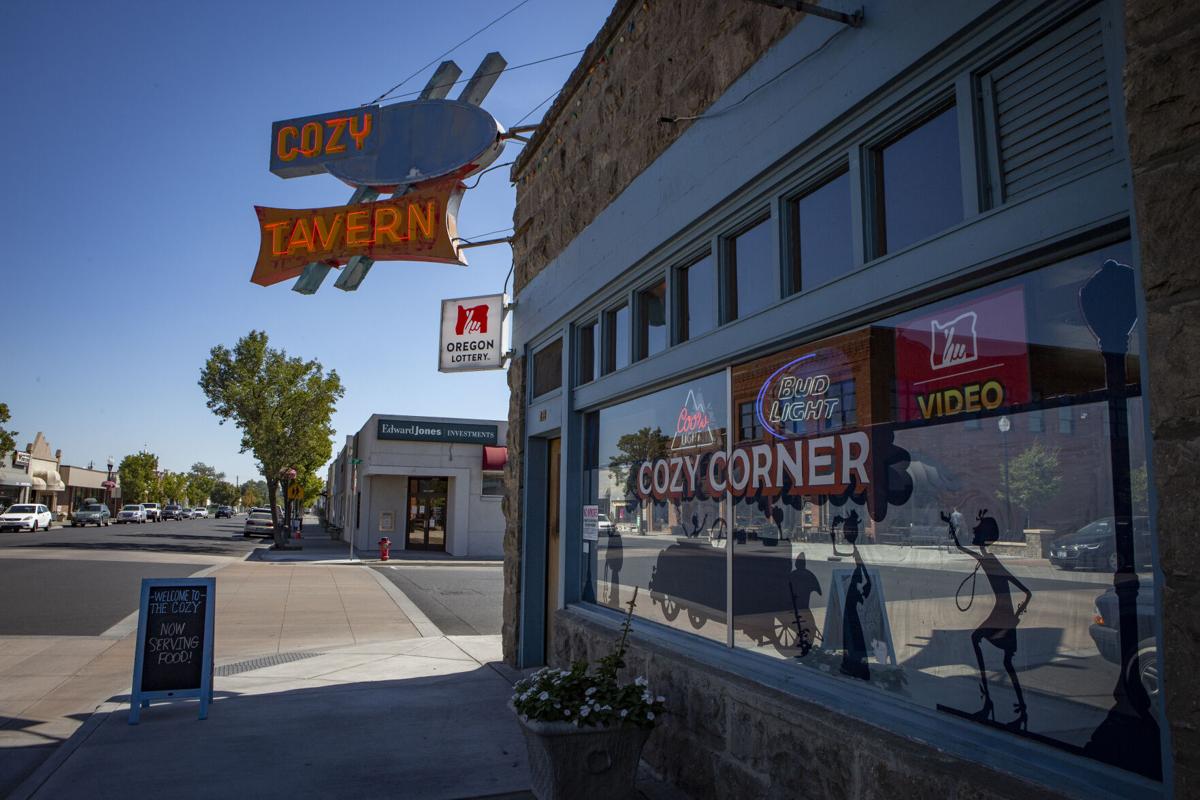 The Cozy Corner Tavern on Main Street in Hermiston used Umatilla County’s return to baseline status as an opportunity to renovate and redecorate.

A message on a newly installed chalkboard at the Cozy Corner Tavern on Main Street in Hermiston welcomes patrons back to the redecorated bar on Sept. 1, 2020.

The Cozy Corner Tavern on Main Street in Hermiston used Umatilla County’s return to baseline status as an opportunity to renovate and redecorate.

When patrons return to their favorite bars and restaurants, some of them may look a little different since the last time they visited.

Some businesses that had extra time on their hands while they were shut down during Umatilla County’s return to baseline used the time to remodel, clean and perform maintenance on their building.

The Cozy Corner Tavern on Main Street in Hermiston redecorated with new tables, paint and an upgraded bar.

“It was just a little facelift,” Anna Shuttleworth said.

She said all of the work had been needing done for a while, and the shutdown was a good excuse to do it.

The tavern had not yet reopened its full kitchen between the first baseline shutdown in March and the second in July, but Shuttleworth said they have reopened the kitchen now and are back to offering their regular menu. They also have new hours.

At Ye Olde Pizza Shoppe in Hermiston, the restaurant is in the process of getting a floor-to-ceiling upgrade and will soon get a new exterior paint job as well.

During Hermiston’s major growth spurt of the 1940s, homes were often made of old wooden ammunition boxes from the Umatilla Army Depot. Ye Olde Pizza Shoppe co-owner Kim Gillette said she has acquired the boxes from a home being torn down and is using them throughout the remodel, including over the bar. Even the rope handles are being repurposed into light fixtures. The restaurant will also hang historical photographs of Hermiston buildings.

The first floor currently has about six tables open for dine-in, Gillette said, but most customers are still using takeout. She said the restaurant has been fortunate through the pandemic that they have not been hit as hard financially as some other eateries.

“We miss our customers, but people were already used to carry-out and delivery,” she said.

The Hermiston Tavern didn’t do a major renovation during their shutdown, but did do small upgrades, such as new signs and an upgraded jukebox. They also added plexiglass barriers between video lottery machines to help keep customers safe.

Manager Bill Foster said most of what they did was cleaning and reorganizing so that more tables and chairs would fit in the space. They also went through and cleaned and organized the back areas that customers don’t typically see, but had accumulated four decades worth of miscellaneous items.

“We got rid of a lot of behind-the-scenes clutter,” he said. “It will be nice for us to be able to use that space.”

Although bars and restaurants were allowed to offer food on a takeout and delivery basis during baseline status, Foster said the Hermiston Tavern only offers a few snack items, so they closed down completely when the county returned to baseline.

“Financially, it would have made zero sense for us,” he said of trying to do takeout.

Desert Lanes Family Fun Center still can’t open its bowling back up until Umatilla County moves back to Phase 2, but the center offered takeout meals in baseline and now offers dine-in options as well. In the spring and early summer, staff took the time during the closure to upgrade lighting, tables and other features in the bowling area, and remodeled the center’s lounge, which is now a more family-friendly area open to minors accompanied by an adult.

In Umatilla, Java Junkies completed a remodel in June.

The original shutdown in March also inspired Daren and Paulette Dufloth of Umatilla to transform the Riverside Sports Bar and Lounge into The Bridge. The change — which moved the business from a sports bar and strip club to a family-friendly bistro — included a floor-to-ceiling remodel of the inside of the building.

Daren Dufloth said the remodel is complete indoors, although the restaurant is still waiting on city approval for the plans to install a shade structure over the new outdoor seating area.

“Other than that, we’re pretty much online,” he said.

Dufloth said so far the support has been “fantastic” for their new look and new menu, particularly their pizzas. Since Umatilla County moved back into Phase 1 they are offering dine-in and takeout.

Umatilla County being sent back to baseline a few days after the business’s grand reopening was a setback, however, Dufloth said. They shut down completely for 10 days, and then reopened for takeout only for another week and a half before they were able to move back to dine-in services.

“We had some really good momentum, and then (the governor) shut us down, and we’re trying to get that momentum back,” he said.