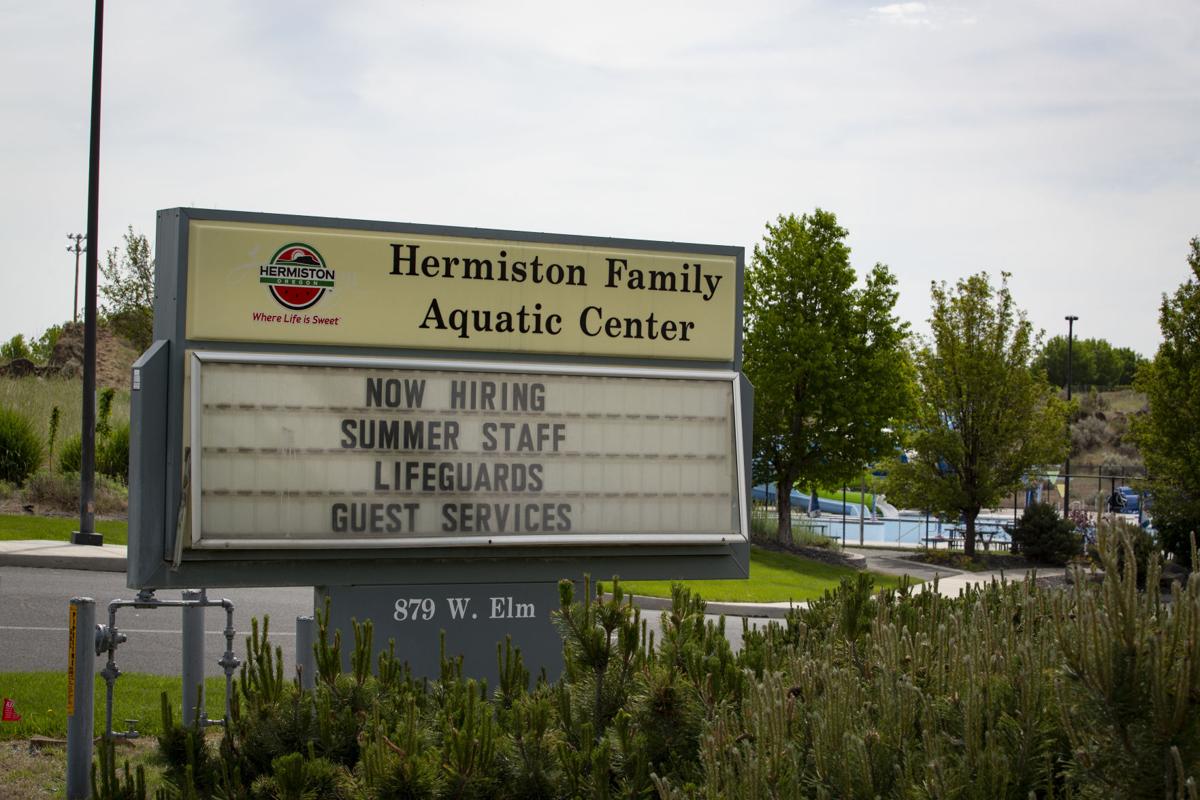 A sign at the Hermiston Family Aquatic Center advises that the facility is hiring summer staff and lifeguards. The city of Hermiston is weighing its options surrounding the reopening of facilities, such as the aquatic center. 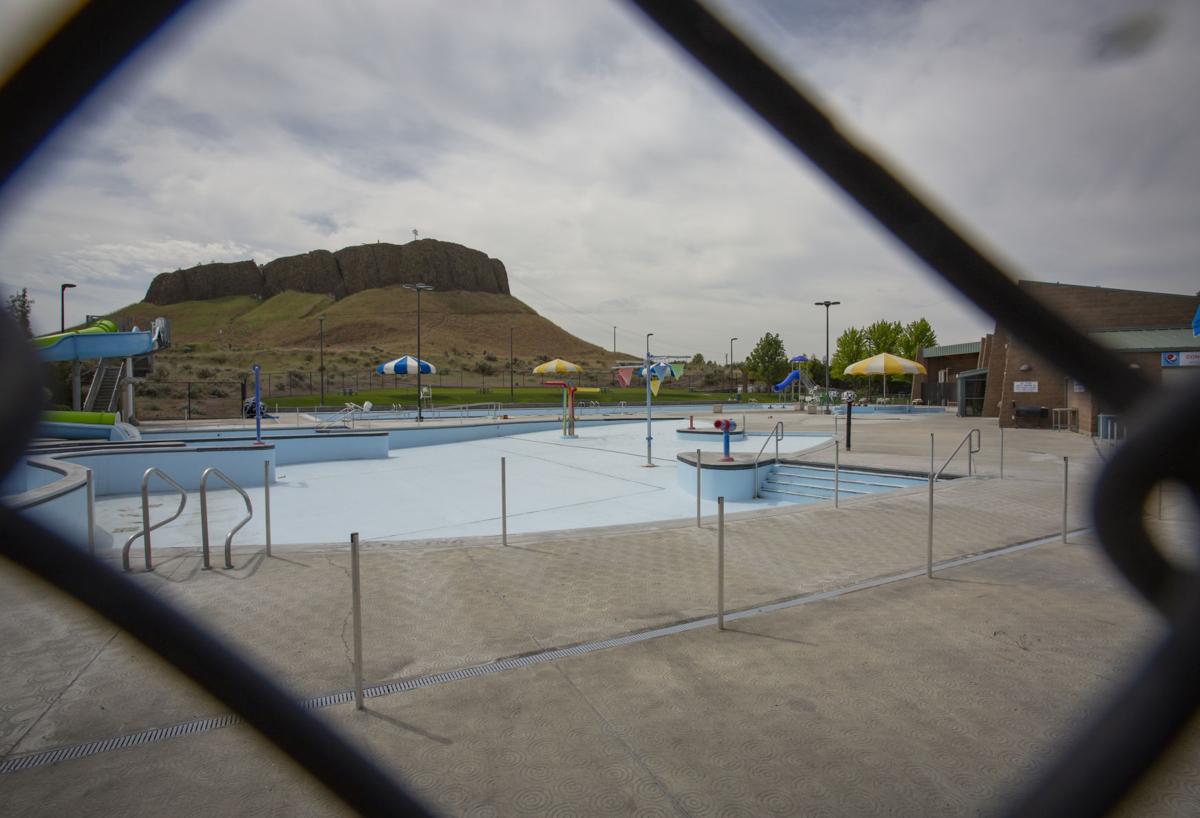 The pools at the Hermiston Family Aquatic Center sit empty on Monday morning in the shadow of Hermiston Butte.

A sign at the Hermiston Family Aquatic Center advises that the facility is hiring summer staff and lifeguards. The city of Hermiston is weighing its options surrounding the reopening of facilities, such as the aquatic center.

The pools at the Hermiston Family Aquatic Center sit empty on Monday morning in the shadow of Hermiston Butte.

Some of the city of Hermiston’s summer recreation programs will go on and some are already canceled, but opening the city’s aquatic center remains in question.

The state has dictated that swimming pools, water parks, playgrounds and picnic shelters remain closed during Phase One of Oregon’s reopening. But Larry Fetter, Hermiston’s parks and recreation director, said the Hermiston Family Aquatic Center could open in some form later in the summer if Umatilla County meets the criteria to move on to higher phases.

He said the department has made conditional job offers to lifeguards and swim instructors, with the understanding that the aquatic center may not open at all this summer. It is unclear so far at what phase public swimming pools would be allowed to open, and Fetter said if it comes too late in the summer it might be a struggle to staff the pool after some lifeguards have moved on to other job opportunities.

He said they are making the necessary preparations to open if they are able, however, and will adjust to the social distancing guidelines the state places on them.

“What that looks like is anyone’s guess,” Fetter said.

The splash pad at Butte Park, which is a combination of playground and water park, will also remain closed for now.

Hermiston’s parks remain open in general, however, along with its trails and disc golf course.

On the recreation side, Fetter said summer day camps fall under the child care category and will therefore be allowed to continue. Phase One also allows for gatherings of up to 25 people if they stay 6 feet apart as much as possible, which will allow some of the department’s other summer programs to continue. The lunch program that offers free meals for children at parks will also go on as usual.

On the other hand, Fetter said, restrictions on larger gatherings mean the cancelation of summer festivals, such as Spudfest and Melonfest on the city’s festival street.

The city still plans to have its annual fireworks show on the Fourth of July. Fetter said they will forgo the live entertainment and booths set up in the park during the day, but people will still be able to enjoy the fireworks that night from their cars, homes or at a safe distance apart from each other in the park.