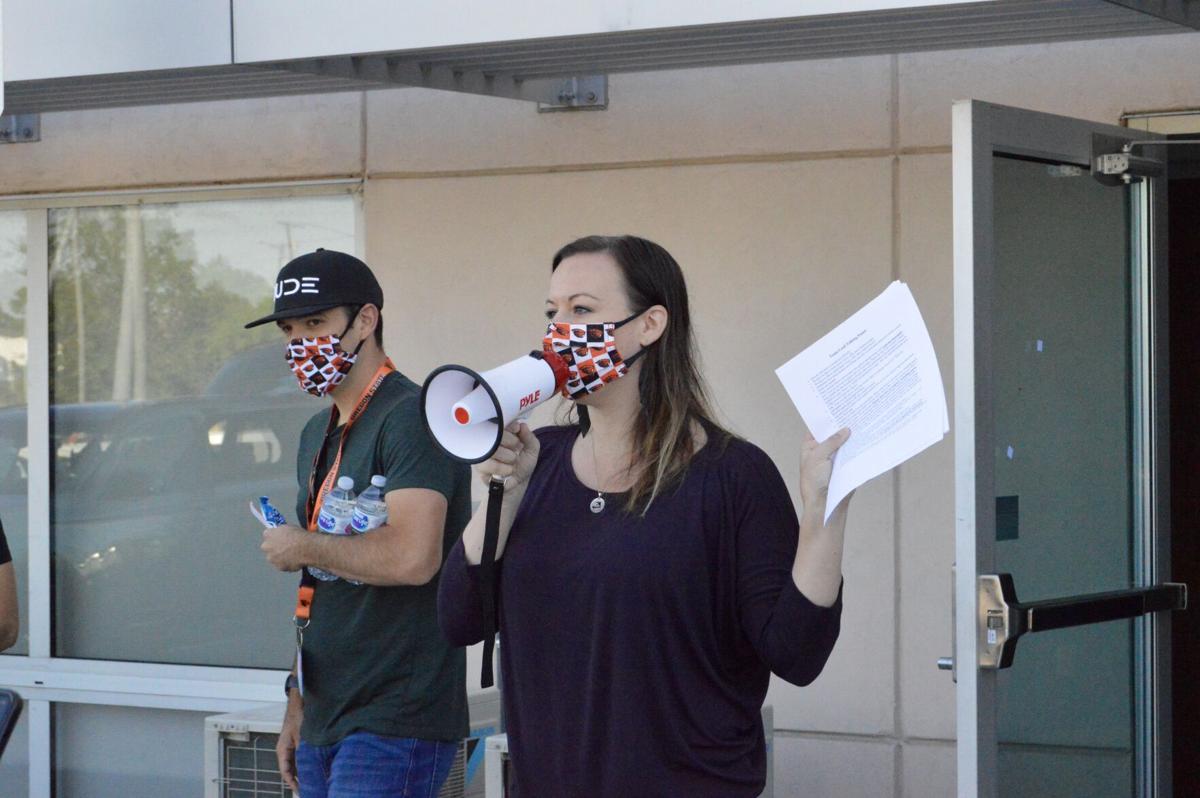 Researchers with Oregon State University prepare for door-to-door COVID-19 testing in Hermiston on July 25-26. Participants will receive their results in seven to 10 days. 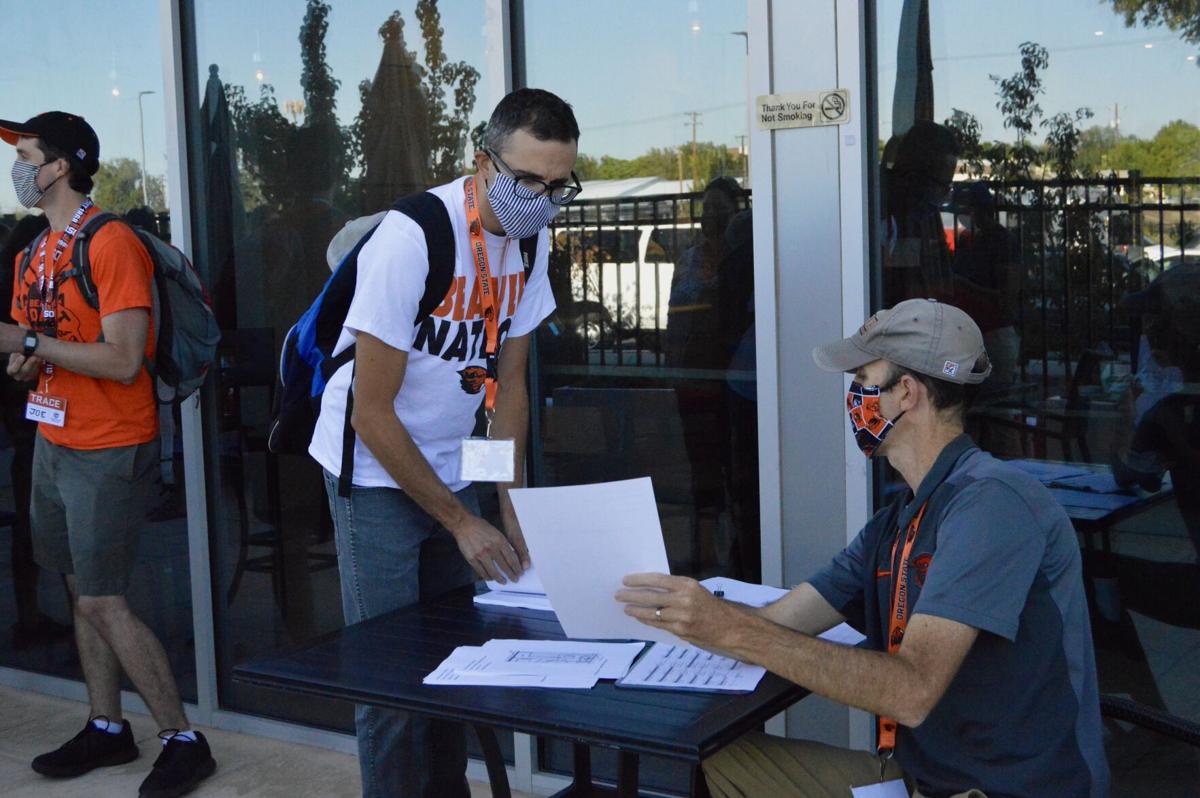 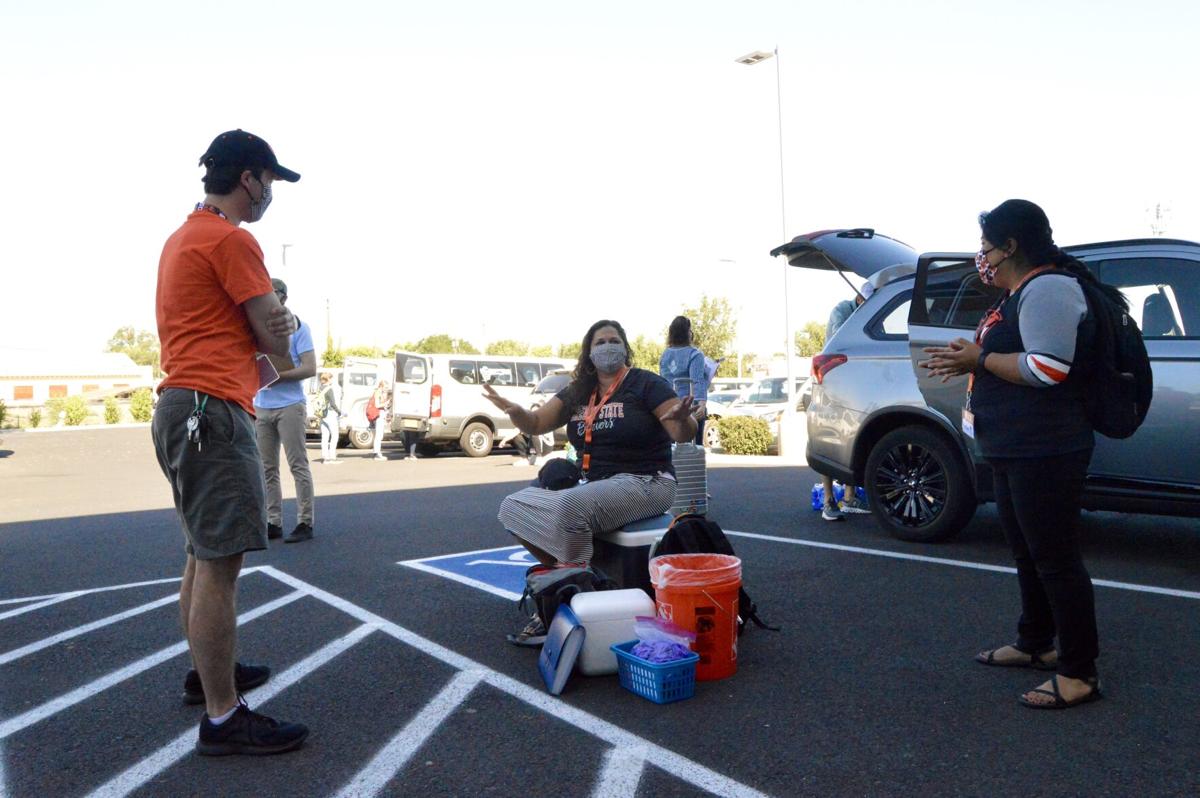 Researchers with Oregon State University’s TRACE COVID-19 were in Hermiston over the weekend of July 25-26 to conduct door-to-door COVID-19 testing.

Researchers with Oregon State University prepare for door-to-door COVID-19 testing in Hermiston on July 25-26. Participants will receive their results in seven to 10 days.

Researchers with Oregon State University’s TRACE COVID-19 were in Hermiston over the weekend of July 25-26 to conduct door-to-door COVID-19 testing.

Hermiston residents who participated in Oregon State University’s COVID-19 study last weekend will wait seven to 10 days for the results of their test.

Researchers visited randomly selected homes in Hermiston on July 25-26 to offer free COVID-19 tests, which will be used to create an estimate of how widespread the virus is in Hermiston.

Umatilla County announced 132 new confirmed cases of COVID-19 between the afternoon of Friday, July 24, and the morning of Monday, July 27, but none of those came from the OSU study, known as TRACE COVID-19.

Jeff Bethel, an associate professor in OSU’s College of Public Health and Human Sciences and co-director of the TRACE COVID-19 project, said samples collected from homes in Hermiston by OSU over the weekend are still being processed. Participants will receive their results in the mail seven to 10 days after they were tested, and can elect to get results by secure email as well.

“We’re very thankful for the people that chose to participate,” Bethel said.

According to the Oregon Health Authority’s weekly report released July 22, the Hermiston ZIP code has the highest number of confirmed COVID-19 cases per capita in the state, at 331.8 cases per 10,000 residents.

Nazario Rivera, a community health care worker in Hermiston who volunteered with TRACE COVID-19 over the weekend, said it has been worrisome to see Hermiston’s cases continue to rise at such a high rate. He said he volunteered to go door to door with OSU field workers because he hopes that the study will provide useful information for the city and Umatilla County to help slow the spread of the virus.

“I think this can be a really helpful tool,” he said.

Rivera said the volume of negative comments on social media about the study had made him a little nervous about knocking on doors, but he ended up having a good experience.

“There were folks that did kindly decline, but at least with my team, nobody was rude,” he said. “They just said, ‘no thanks.’”

He said he was surprised that people would decline the free medical service, which could be a help to people who don’t have health insurance in particular.

In Hermiston, the community was broken up into 30 neighborhoods. Teams visited each neighborhood and knocked on doors in a regular interval depending on the neighborhood’s size — every fourth house in the area, for example, or every fifth.

Bethel said he didn’t have specific numbers to release yet on participation levels in Hermiston, but he said researchers are confident they collected enough samples to produce good results for the study.

“It’s voluntary,” he said. “Some people say ‘No thank you,’ and that’s fine, and other people are very excited to participate, and that’s happened in every community.”

Most people being tested for COVID-19 are showing symptoms or are associated with a worksite outbreak, Bethel said, which can hide the true prevalence of the virus by missing people who are asymptomatic. By testing a random sampling of Hermiston residents, OSU researchers will be able to create a more accurate estimate of how widespread the virus is in Hermiston. Bethel said information generated by the TRACE project will help local health officials better address the outbreak, and help the individuals who receive their own test results.

“We can identify people who are unknowingly part of the transmission cycle, and stop that from happening,” he said.

TRACE COVID-19 has previously conducted door-to-door testing in Corvallis, Bend and Newport. The team has returned for additional rounds of testing to measure continuing levels of the virus in those communities.

In Newport, for example, OSU announced that preliminary results suggested that 3.4% of the Newport community had the novel coronavirus that causes COVID-19 on June 20-21. A follow-up round suggested that about 0.6% of residents had the virus on July 11-12.

Bethel said those results were good news, but showed the virus is still active and people still need to take precautions, such as social distancing and wearing masks, to prevent another increase in cases.