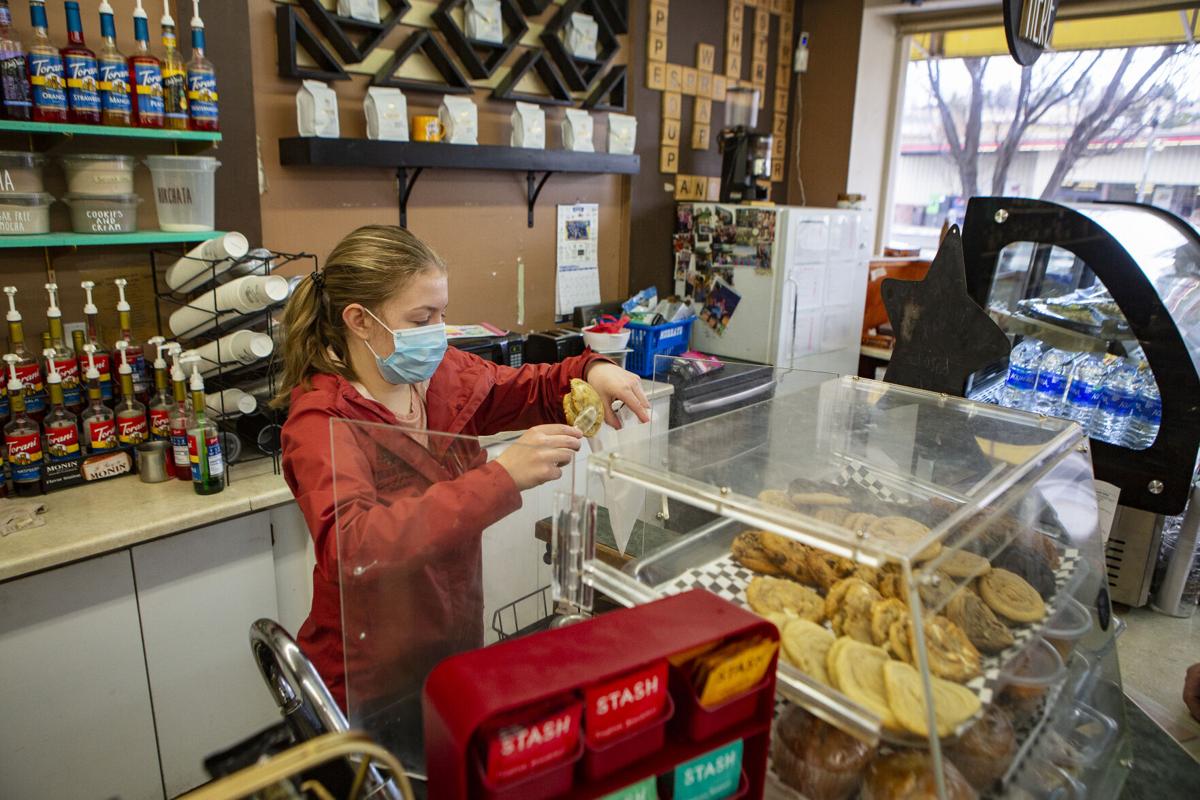 Irelynn Kollman serves cookies to go at Breaking Grounds Coffee in Heppner on Feb. 19, 2021. Morrow County has been lowered from moderate coronavirus risk category to lower risk, allowing a variety of businesses to open at greater capacities. 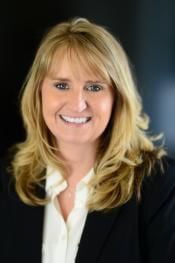 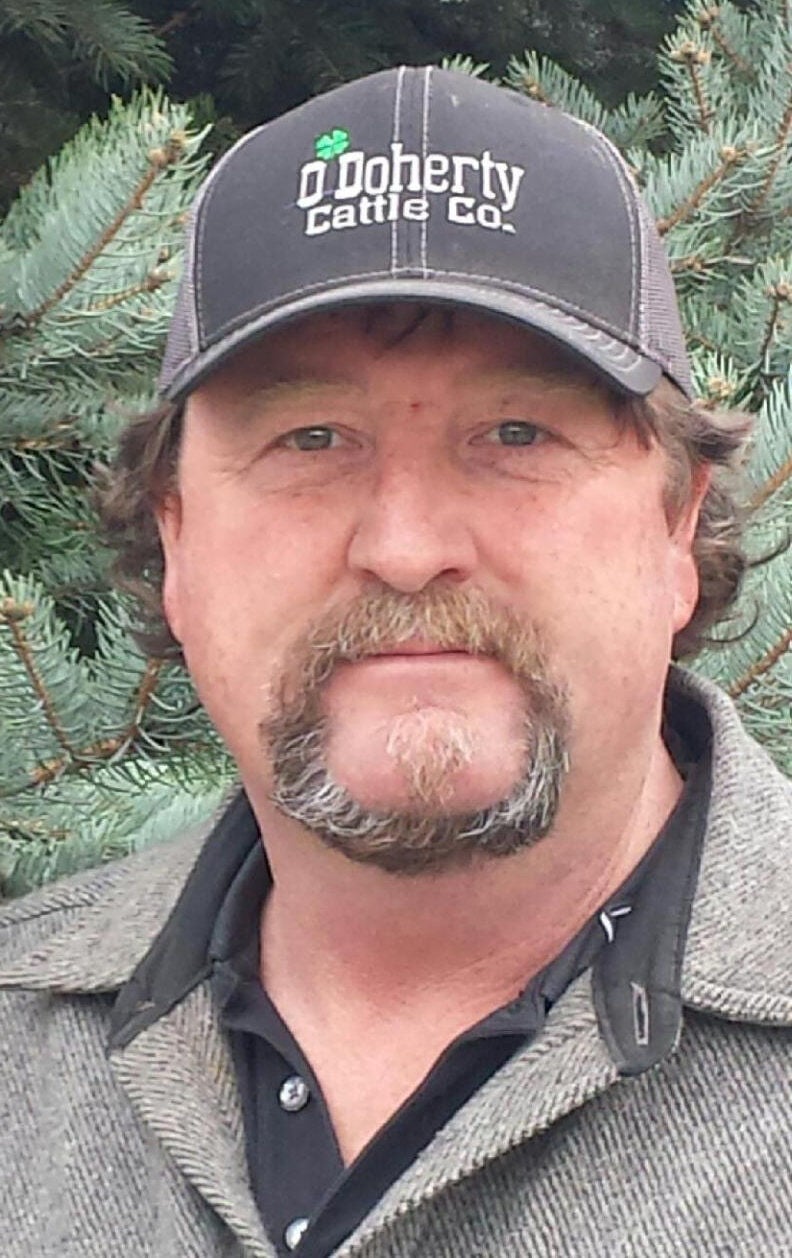 The move comes as the county continues to see relatively low case counts, with 33 confirmed and presumptive cases reported between Feb. 14 and 27, according to data from the Oregon Health Authority. The state looks at a county’s case count or testing positivity rate over a recent two-week period to determine what its risk level should be.

“We’re just really excited to see our numbers get down to the point where we can celebrate the hard work that all the citizens have done,” Morrow County Commissioner Melissa Lindsay said.

The new levels went into effect on Friday, March 12.

Morrow County was one of 13 counties lowered in the state’s latest assessment of COVID-19 risks on March 9, showing positive signs that the state is making strides toward overcoming the pandemic.

“We are largely seeing case rates decline across the state, with the most counties in the Lower Risk level since the framework was introduced in November,” Gov. Kate Brown said in a press release. “I encourage all Oregonians to keep it up and to get your vaccine when it’s available to you.”

Almost all the counties that were lowered in the state’s risk category are located east of the Cascades. Umatilla County, however, did not see its status change, though cases have continued to decline on average. The county will remain at high risk until the metrics are reassessed after another two weeks.

The change for Morrow allows indoor social gatherings at a maximum of 10 people from as many as four separate households. As many as 12 people can also gather outdoors, with no mentioned cap on households, according to state guidelines.

The change expands indoor and outdoor capacity for restaurants and extends closing hours to midnight. Indoor and outdoor recreation and facilities, entertainment establishments and religious gatherings can all expand capacity.

“My biggest hope is that it gives people hope,” Lindsay said, “and that they’ve seen some of the good actions they’ve taken working and that it will drive us into the last stage, which is the vaccination, and that they’ll get the vaccination and that we’ll get back to our lives.”

Lindsay added that, in light of the change, she remains concerned that the shift in risk category will cause the county to “let our guard down and start having larger gatherings and it will spread again and we’ll have the numbers increase and go backwards.”

Since the pandemic began last year, the county has reported 1,052 positive cases and a testing positivity rate of 14.4% — the highest in the state, according to an Oregonian/Oregonlive database.

“We certainly don’t want to celebrate the numbers where they’re at with a big old festival where we all get together maskless, right?” Morrow County Commissioner Jim Doherty said. “Take it to heart, start breathing, and start looking around and understand that, look, the needle is moving and we’re moving the needle and there is a tomorrow.”

Doherty said he is especially hopeful that the change will help the county’s Hispanic community, who have disproportionately impacted by the pandemic, at one point accounting for nearly 60% of the county’s reported cases despite making up approximately 38% of its population.

“They’re the backbone of Morrow County,” Doherty said, adding that Hispanic residents make up a large portion of the county’s agricultural workforce, which drives the county’s economy but has oftentimes placed workers at a greater risk of contracting the virus.

“In that family, they’ve got to be really feeling a weight coming off their shoulders,” Doherty said.

Doherty said county businesses will be among those that benefit most from the change. He added that with recent developments from the CDC, saying that vaccinated people can begin gathering indoors without social distancing and mask wearing, all signs are showing that things are moving in a positive direction.

“I think it’s a product of a lot of folks who have given up an awful lot,” Doherty said.

*Malheur County qualifies for High Risk but is given a two-week caution period at Moderate Risk because it moved down from Extreme Risk in the last movement period.

**Jackson County qualifies for Extreme Risk but is given a two-week caution period at High Risk because it moved down from Extreme Risk in the last movement period.