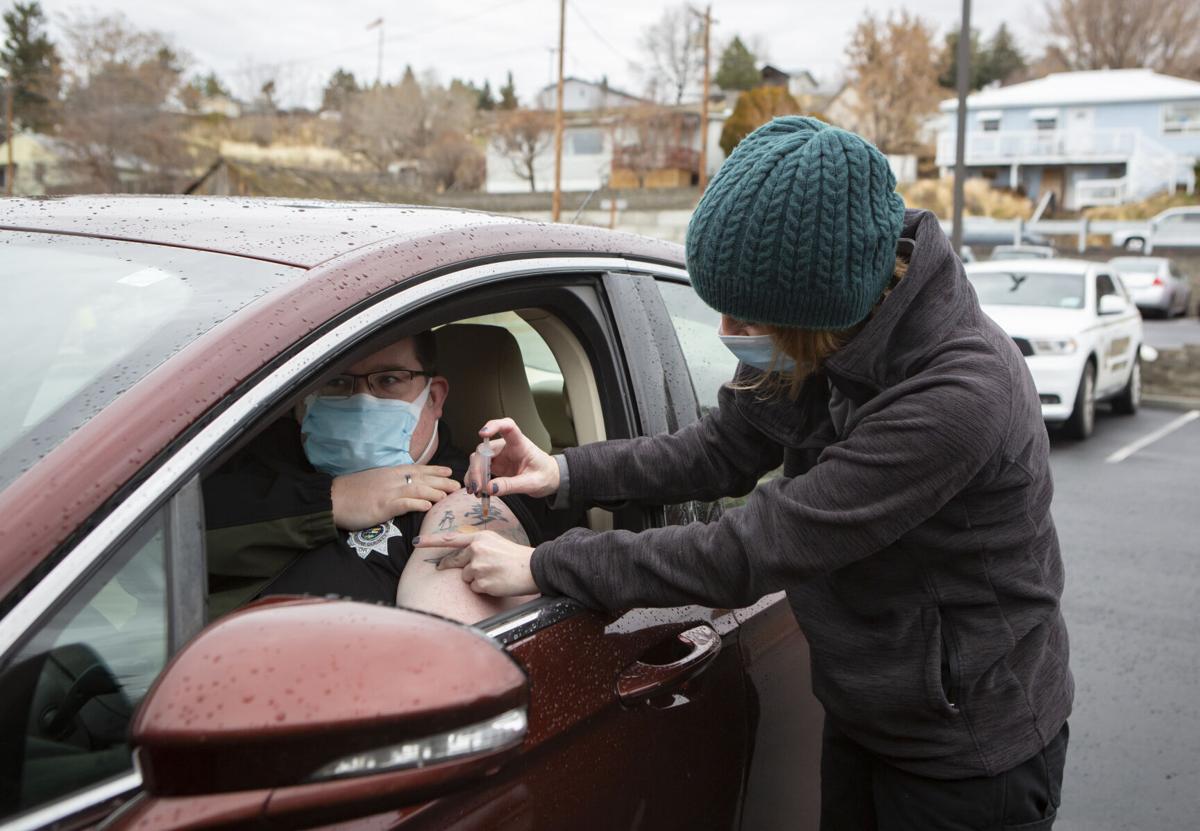 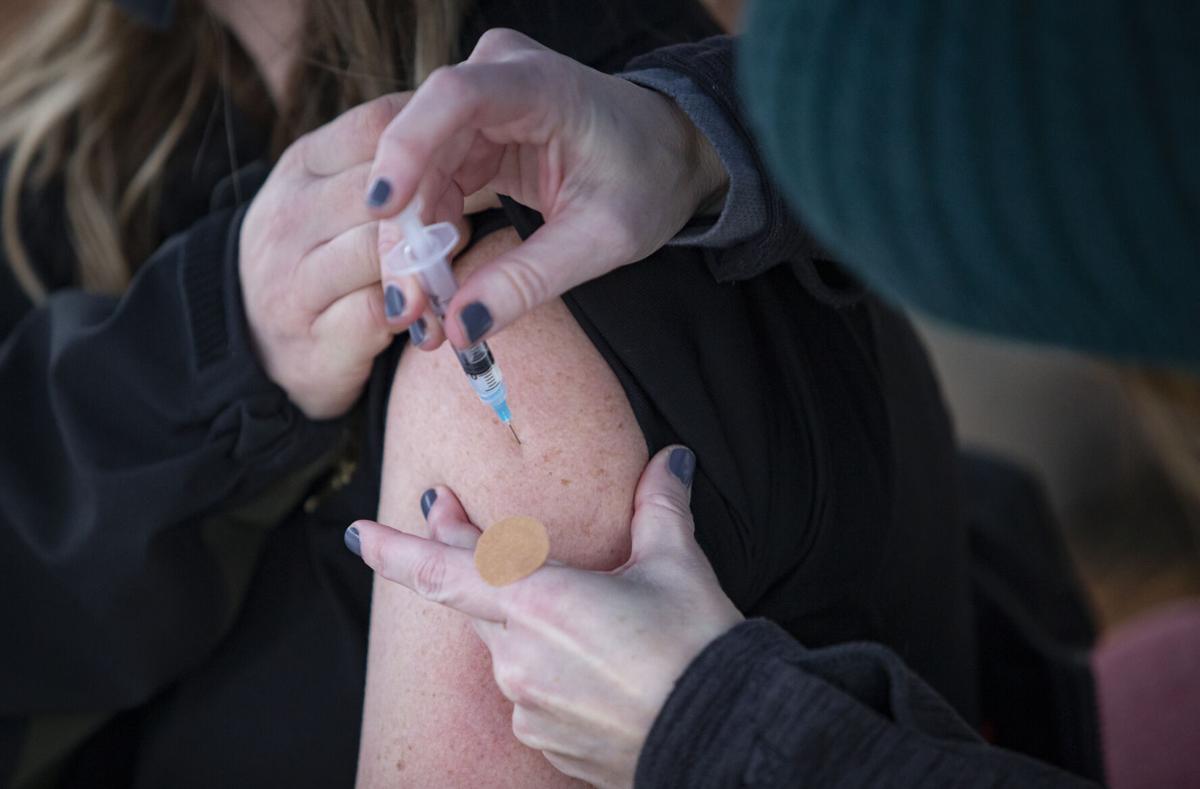 Morrow County officials canceled COVID-19 vaccine events originally planned for Friday, Jan. 29, in Heppner and Friday, Feb. 5 in Boardman after learning that state health officials would be diverting the county’s next shipment of doses elsewhere.

During a Thursday, Jan. 28, emergency meeting, Morrow County officials, as well as Umatilla County Commissioner George Murdock and state Rep. Greg Smith, R-Heppner, decried the state’s move to cancel a shipment of 600 doses after the county told the state they had sufficiently inoculated educators and people in Phase 1a and were ready to expand their efforts to elderly residents.

Officials said that by canceling the shipment, the state is not fulfilling its promises to bring the vaccine to the state’s most vulnerable and highly infected populations.

“We’ve done our level best to work with these folks,” Morrow County Commissioner Jim Doherty said during the meeting. “And for whatever reason, whether they’re concentrating these vaccines in the higher density population areas to get their quotas out, I don’t know what it is. But it is frustrating as hell, and I’ve had it.”

The canceled doses came as the Oregon Health Authority announced that at least nine counties that were prepared to move on and immunize elderly residents would have their doses redirected next week to counties that had yet to sufficiently immunize their Phase 1a group — like Multnomah and Clackamas and others.

“The fact of the matter is there is not enough vaccine to vaccinate everybody who is eligible,” Patrick Allen, the director of the Oregon Health Authority, said in a Friday, Jan. 29, press conference. “And we’re trying very hard to make sure that we get to as many people in these first two categories before we move to this next category. But there just isn’t enough to go around, and it’s going to be that way for weeks and weeks and weeks.”

Since the pandemic began last year, Morrow County has reported 979 confirmed cases of COVID-19 and a testing positivity rate of 16.6% — the second highest rate in Oregon, according to an Oregonian/OregonLive database.

Morrow County officials say it’s not because the county is dragging its feet on administering doses — it’s giving out what it has.

“We’re not asking for the focus to move over here to where the fire is burning, we’re just asking for equity in the distribution,” Commissioner Melissa Lindsay said. “And for our distribution to be detoured — it wasn’t even that we weren’t getting it, it was pulled back and sent somewhere else.”

During the Jan. 28 meeting, county officials said that the state was failing at its promises to immunize vulnerable minority communities. They emphasized that Morrow County’s Hispanic and Latino population had been hit especially hard by the virus.

Hispanic residents make up approximately 38% of the county’s population, according to 2019 U.S. Census data.

The disproportionate infection is partly because Hispanic and Latino residents make up for a sizable portion of the county’s essential workforce, county officials said, working in food factories and other large agricultural industries where the virus has been known to spread rapidly, and in some cases going home to multi-generational households afterward.

Smith said he was hearing the county’s concerns, and would take them back to the governor.

“All logic would dictate that you would focus on those areas with the greatest need,” he said. “It’s no different than if someone goes into the emergency room with a broken finger versus somebody having a heart attack. You’re going to deal with the heart attack first.”

When pressed for a response to the county officials’ complaints of equity, Allen said that the state’s Phase 1a guidelines were specifically designed to help minority communities and essential workers. He then turned the focus toward the efforts of individual counties, rather than the state.

“There may be a legitimate question about, is any individual county really being as thorough as it can to get through those populations and get through those disproportionately impacted people,” Allen said, adding that OHA had recently sent 100 doses to Morrow County, which is the minimum amount the state will send. “But the fact of the matter is if a county tells me that all we have left is 50 bus drivers ... I’ve got to send vaccines to other populations that are much further behind in the 1a category.”

Smith said he wasn’t sure if Allen was the right person to hold his position, saying the director lacked public health knowledge and experience.

“He may be a wonderful gentleman, but he’s not the right person for the job,” Smith said. “If we’re going to get through this in a logical fashion, we need to have people at the helm who understand public health. And I have to share with you, I’m not convinced he’s the person for the job.”

County officials said they contacted the state earlier this week, indicating they had successfully immunized the majority of their educators and Phase 1a group and were prepared to move on and immunize elderly residents at upcoming events.

The state responded by canceling the county’s upcoming shipment of 600 doses, according to county officials, forcing Morrow County to cancel the events.

“With the events we had, people were lined up around the block, figuratively speaking,” Doherty said. “But now we’ve got to close the door and reach out to the few folks we can get ahold of with the few vaccines remaining.”

Morrow County’s canceled shipment came as Gov. Kate Brown on Wednesday, Jan. 27, ordered 32,000 doses of COVID-19 vaccines redirected to the Portland area — where thousands of health care workers have yet to receive the vaccine due to a shortage of doses — instead of going to other parts of the state.

Some of the doses meant for Portland will be from a new shipment authorized by the Centers for Disease Control and Prevention.

At the same time, other counties were inoculating groups further down the priority list because of excess doses on hand.

“Health care workers and Phase 1a individuals across the state have always been my top priority for vaccination,” Brown said.

The Portland area would receive 17,000 additional shots for health care workers and 15,000 for teachers and school staff.

“That’s currently about 60% of the 53,000 first doses to be sent around the state next week, reflecting the large number of health care workers and individuals from vulnerable populations in the region,” Brown said.

It is unclear when Morrow County will be receiving their next shipment, officials said.