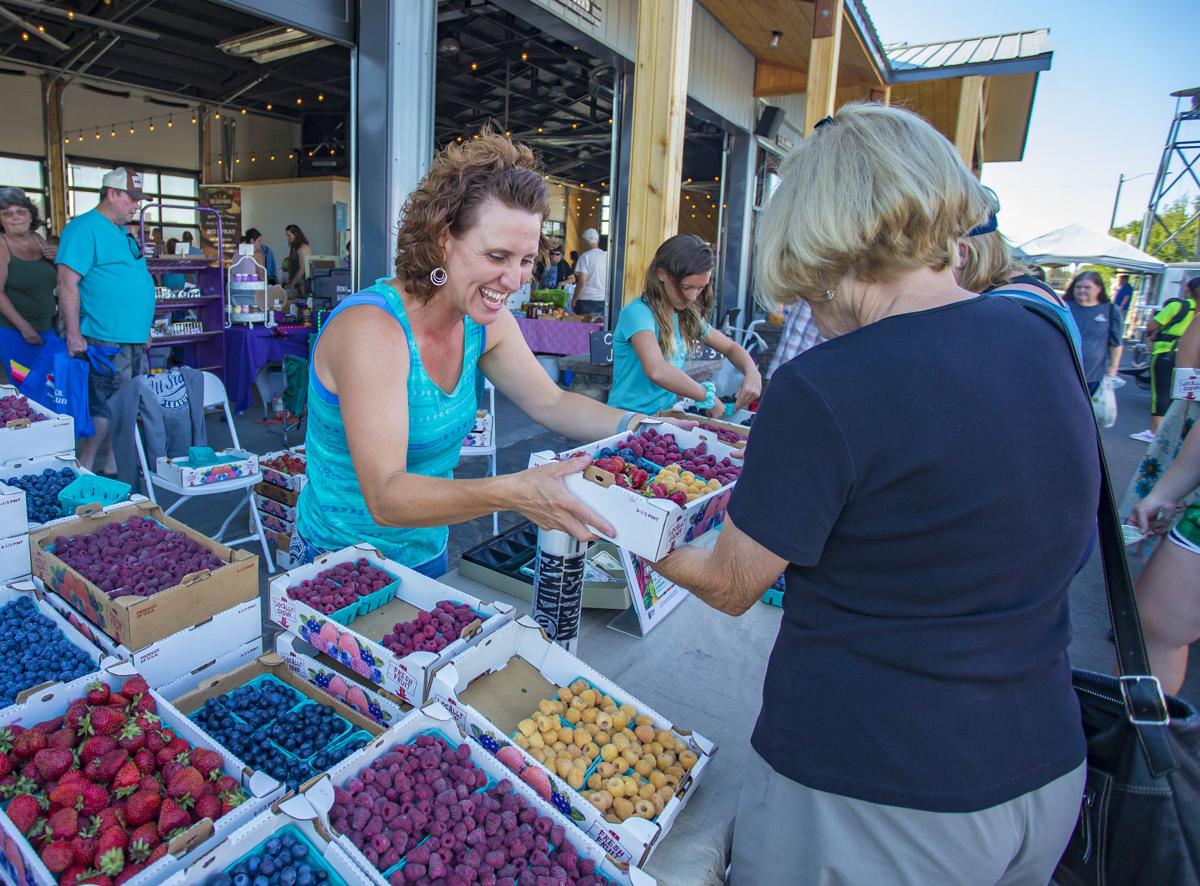 Brenna Weyand hands a carton of mixed berries to Gail Cox at the Maxwell Farmers Market in August 2019. 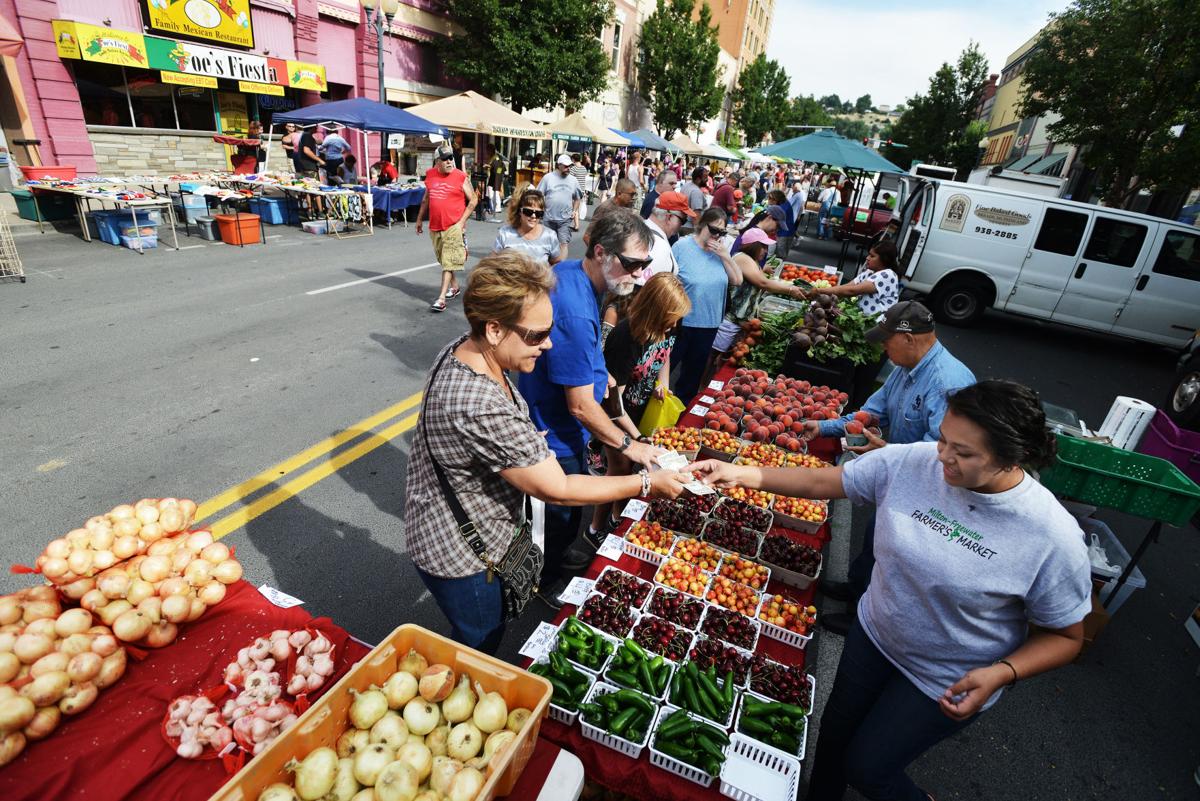 Patrons purchase fruit at a booth during the 2014 season at the Pendleton Farmers Market. The market was recently recognized by the Oregon Farmers Market Association as the outstanding Small or Rural Market of the Year.

Brenna Weyand hands a carton of mixed berries to Gail Cox at the Maxwell Farmers Market in August 2019.

Patrons purchase fruit at a booth during the 2014 season at the Pendleton Farmers Market. The market was recently recognized by the Oregon Farmers Market Association as the outstanding Small or Rural Market of the Year.

Over the years, farmers markets evolved into community gatherings offering fresh produce, music, interactive arts, crafts and cuisine. Now, however, farmers markets must operate in a time of COVID-19.

“The good news is that farmers markets are exempt from the governor’s shutdown,” said Kelly Crane, executive director of the Oregon Farmers Market Association. “They are essential businesses because they provide food to communities the way grocery stores do.”

But they will have to adjust. The idea of social distancing horning its way into these bustling community gatherings is cringeworthy to Crane, but it’s less of a choice than a survival strategy, and farmers market organizers are determined to make it work, she said. Besides, it’s a temporary situation, like a bossy mother-in-law who arrives for an extended visit.

“The first thing people will see when they come to a farmers market this spring are tons of safety measures,” she said. “You’ll see booths farther apart. There may be colored tape on the pavement to show people what six feet apart looks like.”

The Maxwell Farmers Market in Hermiston is on track to start May 28. Mitch Myers, owner of the Maxwell Siding Pavilion where the market is held, said he is optimistic.

“We anticipate things as normal,” he said. “We’re hoping that all of this is pretty much behind us at that point. We kind of have to take this one day at a time.”

Myers is more worried about the financial hit from the executive orders to his two event centers, the Maxwell Siding Event Center and the open-air pavilion. Canceled events include weddings, class reunions, corporate parties, christenings, funeral services and wakes.

Myers isn’t the only uneasy one. Farmers are worried, too, about their economic future.

One local grower, John Finley of Finley Fresh Produce in Hermiston, said he depends on farmers markets for one-third to one-half of his income.

“I’m hopeful that all this stuff will work itself out by the time the markets open,” Finley said. “There are no guarantees, but we’re going forward as though everything is going to be OK.”

The Pendleton Farmers Market had planned to go forward, but found out Monday that the city was pulling back on those plans out of concerns that opening the market at all could be considered a gathering of more than 25 people in defiance of current state mandates against such gatherings.

The state is so far considering farmers markets in the same category as grocery stores, where more than 25 people can be present as long as they are staying six feet apart.

Crane thinks farmers markets can be safe places if precautions are followed.

“Farmers markets are in the fresh air. They have a shorter supply chain than supermarkets where you have people picking things up and putting them down,” she said. “We think farmers markets done right can be very safe places to shop.”