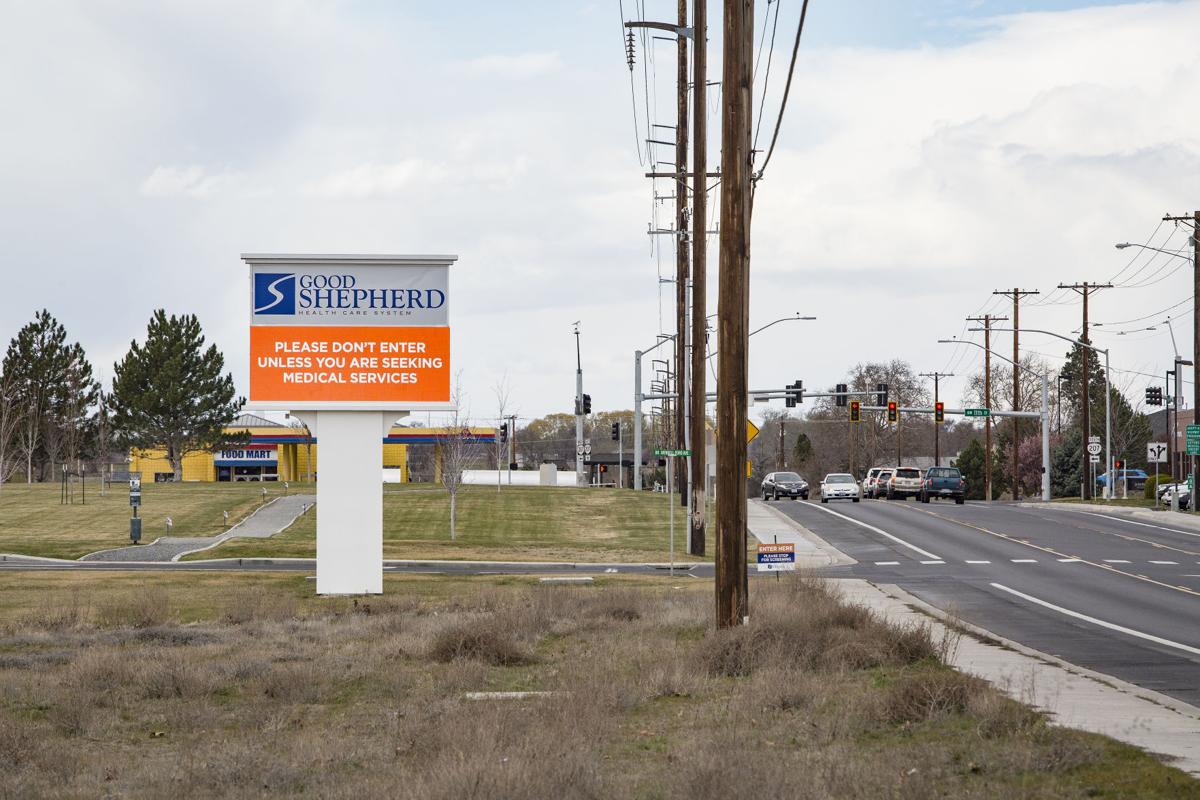 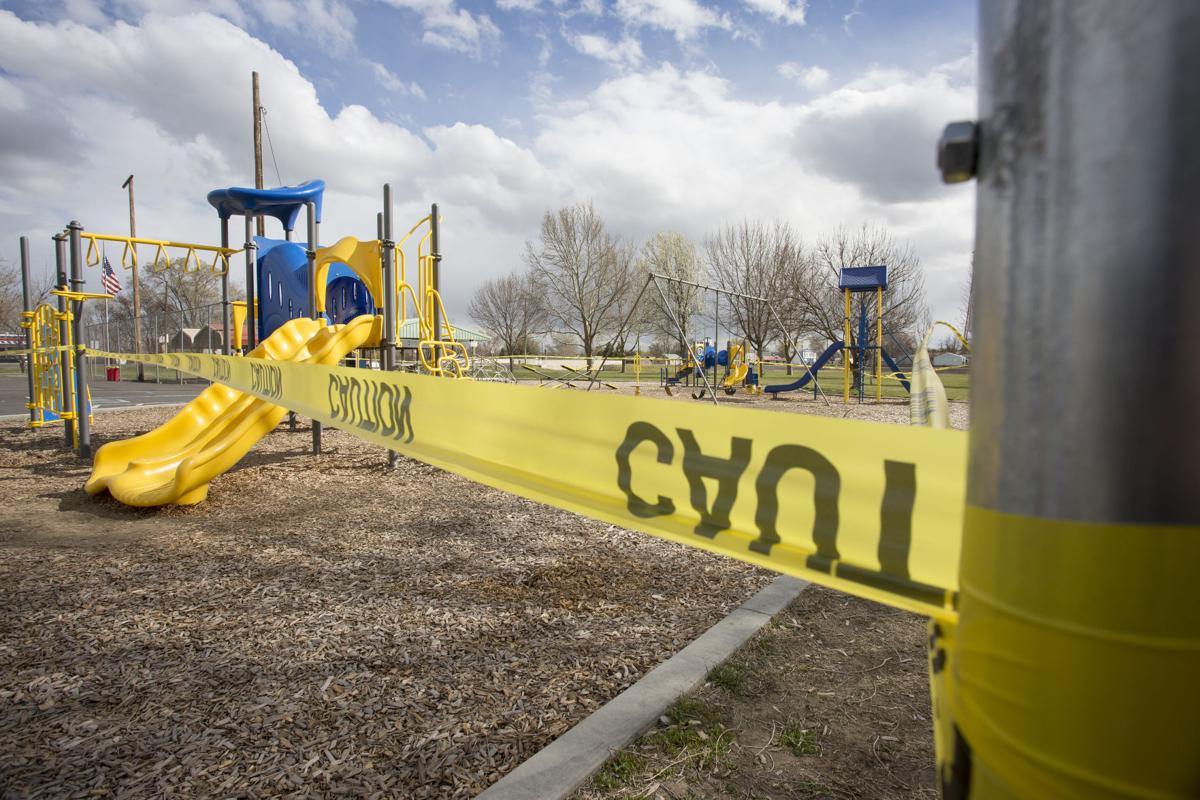 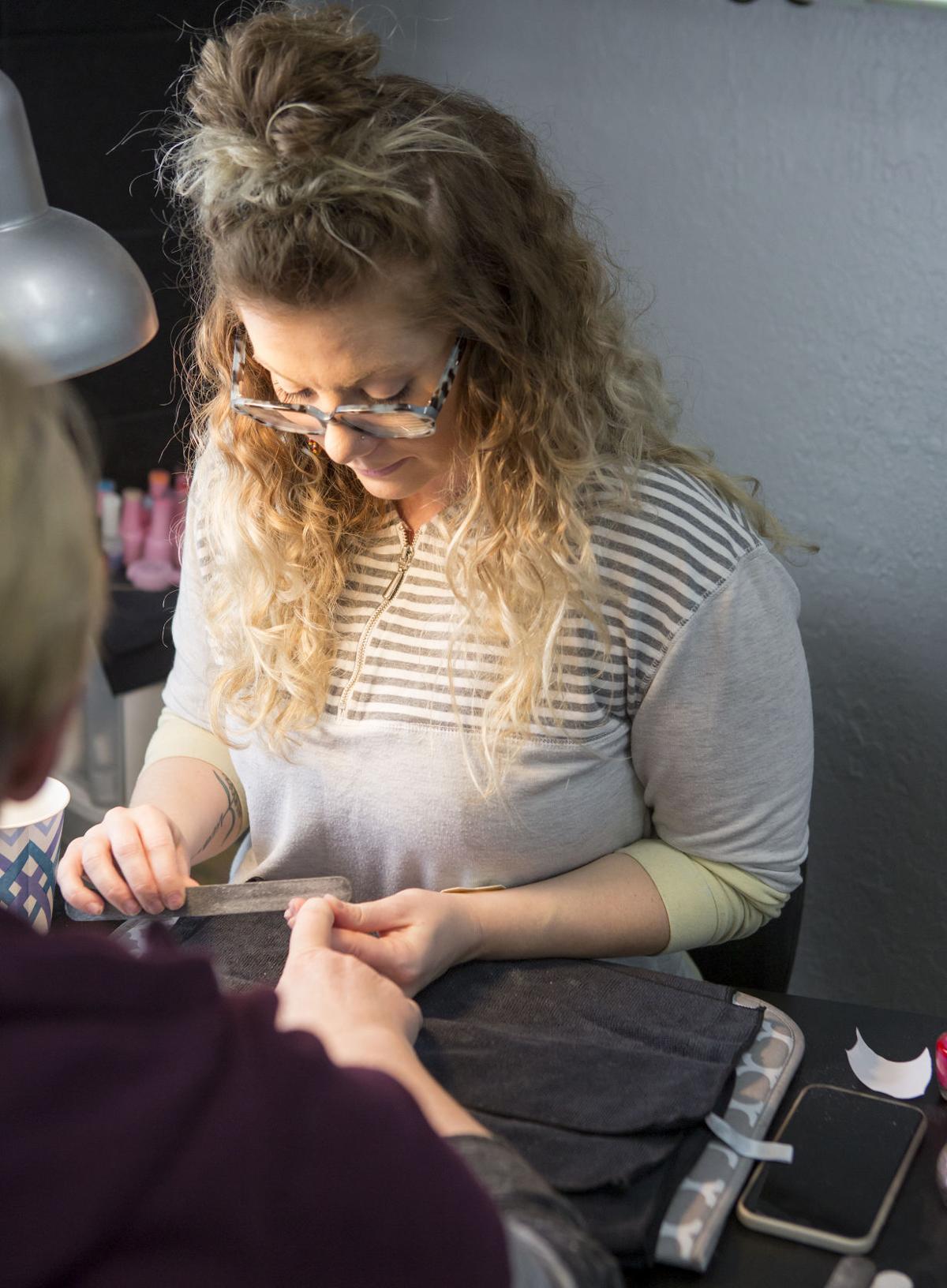 Samantha Cox files a customer’s nails at Ellig’ance Hair Salon in Hermiston on Monday afternoon. Hair and nail salons are among businesses ordered to close. 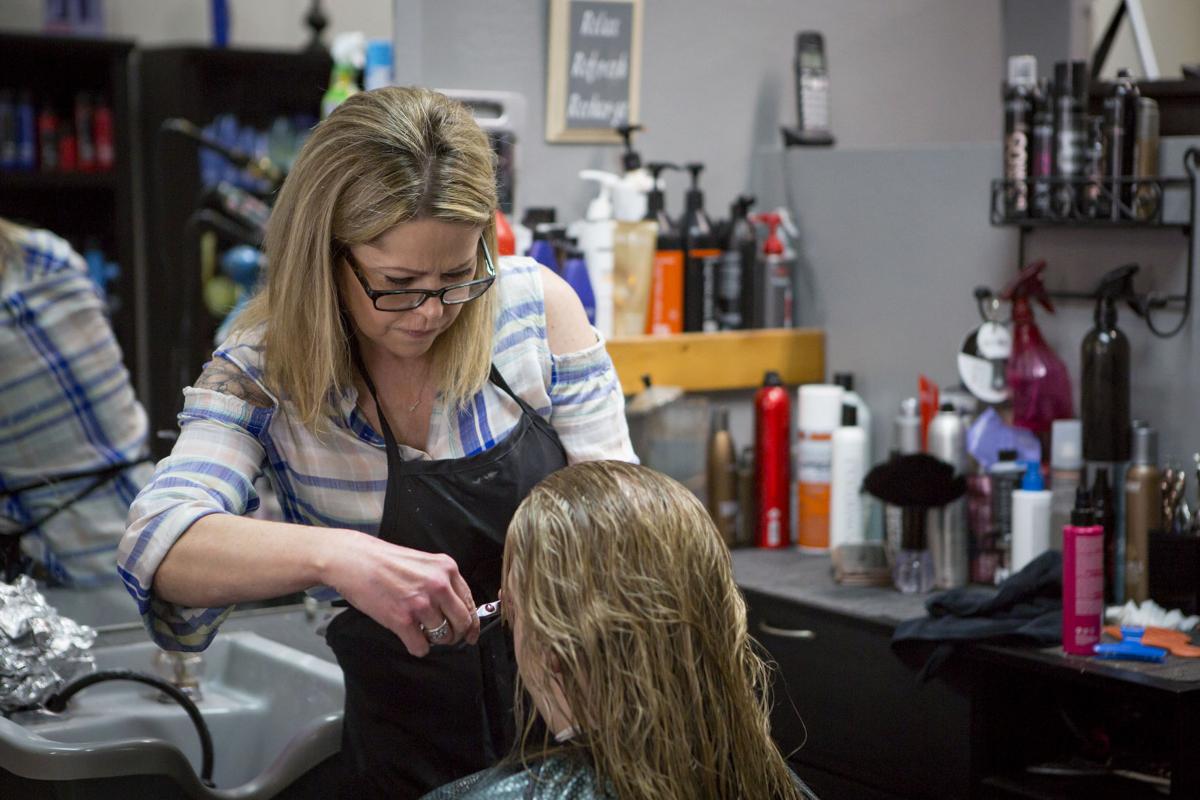 Samantha Cox files a customer’s nails at Ellig’ance Hair Salon in Hermiston on Monday afternoon. Hair and nail salons are among businesses ordered to close.

There was barely anything on the Hermiston City Council agenda on Monday night, but an audience of more than 50 people showed up anyway.

Don’t worry; they were practicing safe social distancing. They were watching a live stream of the meeting on Facebook.

It may have been a sign of just how bored self-quarantiners have become, but according to Facebook, the video had been watched more than 1,000 times by Tuesday morning — a hundred times more citizens than normally participate in a council meeting.

The city council doesn’t usually stream its meetings, but did so Monday night — with an additional option to listen by phone — in order to encourage people to follow Governor Kate Brown’s plea that Oregonians stay in their homes as much as possible.

Councilors, sitting six feet apart, followed up with a plea of their own, as they discussed and ultimately decided to change city council meetings to once a month (the minimum mandated by the city charter) for the foreseeable future. Committee meetings have also been canceled, other than the planning commission and budget committee both needing to meet in May.

“We all need to make sacrifices,” councilor John Kirwan said. “So, you know, I think us as a council, we should be leading by example moving forward. If we don’t need to be in meetings we shouldn’t be.”

He lamented the number of people who were still choosing to go out for frivolous reasons, when staying home could save lives.

“When have we ever been asked to save the world by staying home?” he asked.

Mayor David Drotzmann also urged people to avoid unnecessary trips out in public, in light of the fact that many people who contract COVID-19 never show any symptoms, but can still spread it to others at risk for serious complications.

“None of us knows — we could all be walking around as carriers right now,” he said.

He said he preferred the term “physical distancing” to “social distancing” because he hoped people in the community are still reaching out to each other through phone, video chat and other safe methods. He also encouraged people who have extra to share supplies if they can.

Councilor Roy Barron encouraged people to continue to support local businesses in what ways they can, such as ordering take-out from local restaurants.

Barron, a teacher for Hermiston School District, also gave a shout out to the other teachers in the area who were concerned about their students, particularly those who don’t live in a safe home environment.

City manager Byron Smith reviewed steps that the city has taken to comply with the governor’s orders, including making visits to city offices by appointment only and encouraging as much business as possible to be conducted over the phone or online. People who don’t have internet access can still drop off their utility bill at 180 NE Gladys Avenue.

“People can still use the drop box at the old city hall, and people have been using it,” he said.

Although people are still welcome to use city trails and the open spaces in parks, Smith said playgrounds and basketball courts where people are more likely to come into contact with germs will be closed off with caution tape.

In answer to a question about how Hermiston police might enforce the governor’s order to stay home unless necessary, Smith said enforcement will “come as we can.”

“We’re not going to send police out specifically to look for that,” he said.

Chief Jason Edmiston said he was encouraging his officers to be “reasonable” in their enforcement, with a focus on educating people.

Drotzmann said he had been on multiple calls with the governor and he appreciated her willingness to listen, engage and ask questions of Eastern Oregon public officials as she tries to protect public health.

During the meeting, the council passed a resolution allowing the city to reimburse itself for expenses related to building a new city hall, should the city end up going forward with a plan to sell bonds for money to build the project. Smith said the resolution did not mean the city has to sell the bonds. But if it does, the money can be used to pay the city back for costs it has already incurred for design work.

A week after the state closed dine-in restaurants and two weeks after the governor closed schools, local businesses are trying to adjust to the new requirements.

Hargerman’s original appointment was Tuesday, but Clayton was able to squeeze her in Monday because come Tuesday, the salon would be closed per the governor’s orders.

“It’s a little scary,” Clayton admitted about closing her salon for an undetermined amount of time. “When you are self-employed, you don’t get unemployment. I’m fortunate my husband works at the prison, so we still have an income. But others don’t.”

Including Clayton, there are five beauticians at the salon, and as many as 40 clients come through the salon on any given day. The salon is open six to seven days a week depending on appointments.

“I worked Sunday because I knew this was coming,” said Clayton, who has been in the business for 38 years.

Brown on Monday directed most Oregonians to stay home except for getting groceries, going to work or handling important activities that cannot wait.

She said she was acting because many Oregonians had failed to heed her directives to practice “social distancing” to decrease the transmission of COVID-19.

“As I’ve said a zillion times in the last couple weeks, this is an instance where each one of us can make a difference and each one of our actions can have an impact and truly save lives.”

Brown ordered more than two dozen types of businesses to close as of Tuesday, primarily ones that cannot operate without close personal contact.

Other businesses, including farmers markets and auto repair shops, may stay open if they maintain at least six feet of social distance between people, or if they can operate remotely.

She applauded stores that already have marked off spots six feet apart for individuals to stand in line or have converted solely to curbside pickup.

“I am not interested in taking someone’s job or shutting down a business if they can practice social distancing at work,” Brown said.

“I’ve been really clear: If businesses are not complying with this order, we will shut them down.”

Among businesses allowed to stay open are grocers, pharmacies, bars and restaurants for takeout or delivery, banks and gas stations.

• Oregonians should stay home whenever possible.

• Violating the order could be a Class C misdemeanor.

• Except for members of the same residential household, all non-essential social and recreational gatherings of individuals are prohibited immediately, regardless of size, unless people can stay at least six feet apart.

• Businesses not on the closure list may operate via telework or by implementing social-distancing policies “consistent with guidance from the Oregon Health Authority.” Brown said OHA still was working on those guidelines.

• Child care facilities are restricted to “stable groups of 10 or fewer children,” meaning that the children must be in the same group each day.

• Public and private campgrounds are closed, although veterans and camp hosts can remain in state parks. RV parks and other housing may remain open.

• State agencies generally are closed to the public, except by appointment in some circumstances, and state employees should work remotely if possible. Brown urged local, tribal and federal offices to do the same.

Effective Tuesday, Gov. Kate Brown has ordered the following businesses to close. Other businesses must operate remotely or within social distancing guidelines.